Writers and islands
A language of land and sea 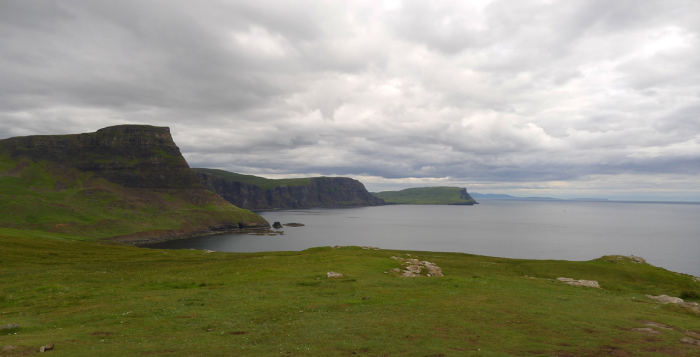 Since we were speaking of lives and literature from remote islands last week, I'd like to start the new week with music from some of those same islands. (I apologise for the lack of posts at the end of last week -- I've been down with health problems yet again.)

Above: "Dh’èirich mi moch, b' fheàrr nach do dh’èirich" by singer/songwriter Julie Fowlis, from North Uist in the Outer Hebrides. The song appears on her beautiful and rather magical album Alterum (2017).

Below: Singer Ellen MacDonald discusses her maternal ties to North Uist and Scalpay during the recording of The Hebridean Sessions with the Gàidhealtachd band Dàimh. Though born and raised on the mainland (in Inverness), Macdonald studied at Sabhal Mòr Ostaig, the Gaelic language college on the the Isle of Skye.

Above: "The Wren and the Salt Air," a song written by Jenny Sturgeon (of Salt House and Northern Flyway) while on St Kilda in the Outer Hebrides. This haunting piece is one of four works commissioned by the National Trust for Scotland to celebrate the 30th anniversary of St Kilda's designation as a World Heritage Site for Nature.  Sturgeon trained as a biologist as well as a musician, and many of her exquisite songs evoke various aspects of the natural world. On this one, she's backed up by field recordings of St Kilda wrens, plus Pete MacCallum on guitar.

Below: "An Léimras/Harris Dance"  by Brighde Chaimbeul, a young pipe and whistle player who grew up in a musical family on the Isle of Skye in the Inner Hebrides. The tune comes from Chaimbeul's debut album The Reeling (2019). The video was filmed by Dòmhnall Eòghainn MacKinnon over the Isle of Harris in the Outer Hebrides.

Above: "Louise's Waltz" by Chris Stout and Catriona McKay, an award-winning folk duo from Shetland. The song appears on their album Bare Knuckle (2017).

Below: "Three Fishers" performed by Fara (Jennifer Austin, Jeana Leslie, Catriona Price, and Kristan Harvey), whose music is rooted in the distinctive fiddle style of Orkney. The song appears on their album Cross the Line (2017).

The Shetland and Orkney archipelagos lie off the northern coast of Scotland, and share musical influences from Scandinavia.

And something a little different to end with:

"Air Fàir an Là" by Niteworks (Ruairidh Graham, Allan MacDonald, Christopher Nicolson and Innes Strachan), a trad-electronica band from the Isle of Skye -- with vocals by Sian (Eilidh Cormack, Ellen MacDonald and Ceitlin Lilidh). The song is based on a 17th century poem by Mairi nighean Alasdair Ruaidh (Mary Macleod). It's from the band's strange but wonderful second album, also called Air Fàir an Là (2018). 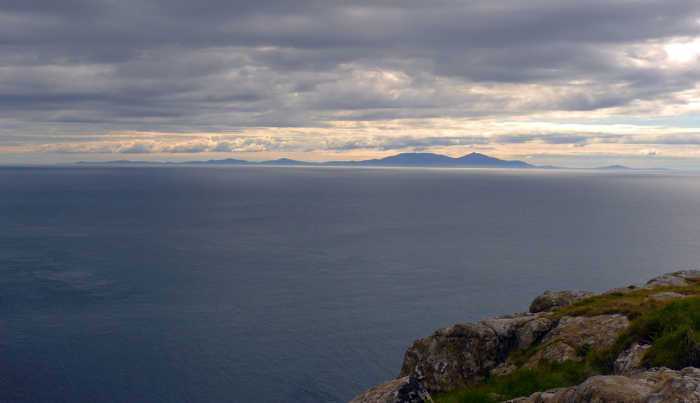 For more music from the islands of Scotland, see previous posts on the lost songs of St. Kilda, Jenny Sturgeon and Inge Thompson's Northern Flyway, the music of Salt House, the Songs of Separation project, and Hannah Tuulikki's Away with the Birds. Photographs above: The Isle of Skye, Inner Hebrides.

So beautiful to listen to this music in my small, windy, rattly house by the sea in the Canadian Maritimes. From Scotland's Atlantic ocean to mine.

Okay, I had to IMMEDIATELY buy that Niteworks album because just that one song had me DANCING, which I have not done in FAR too long.

The Black House a great mystery set on Lewis.