On home, land, and the view out the window
Knowing our place 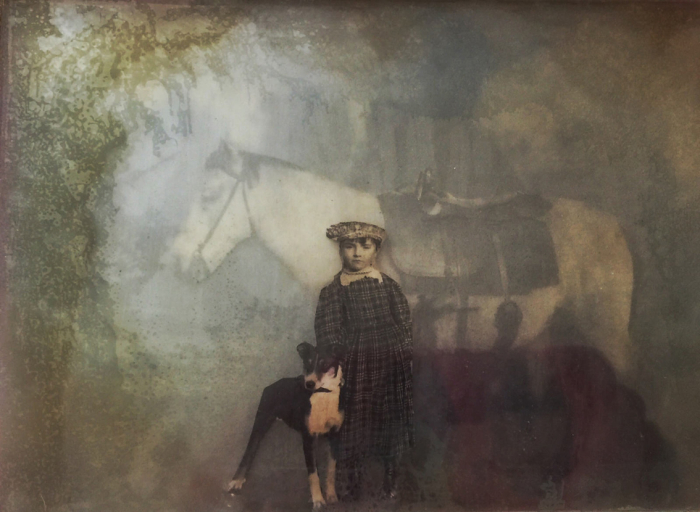 Today, let's start the week off with some stories in musical form....

Above: "I Grew Up in a Room, Small as a Penny" by Ana Silvera, a singer-songwriter from London who weaves music, storytelling and poetry together in beautiful, beautiful ways. The song is from her new album, Oracles (2018), recorded live last year at The Roundhouse.

Below: "Pont Mirabeau" by Ana Silvera, with Bjarke Falgren on cello. The video was filmed on the Danish island of Møn by Emile Carlsen (2017).

Above: "Skeleton Song" by Ana Silvera, from Oracles (2108). The song is based on an Inuit myth about a dead girl fished out of the sea and brought back to life. The video features ballet dancer Kate Church, who also directed the piece. Choreography: Kate Church and Alice Williamson.

Below: "Start Again" by Hatful of Rain,  a British folk & Americana band from East Sussex.  The song appears on their fine new album, Songs of the Lost and Found (2018).

Below: "Briar Rose" by Aoife O'Donovan, an extraordinary folk & bluegrass musician from Boston, Massachusetts, currently touring with the I'm With Her trio. This song, rooted in the Briar Rose/Sleeping Beauty legend and a poem by Anne Sexton, can be found on O'Donovan's first solo album, Fossils (2013).

Above: "Mary and the Prince" by Martha Tilston, a singer-songwriter from our part of England: the Cornwall/Devon peninsula. This song, Tilston's wry take on Prince Charming stories, appeared on her early album Bimbling (2004).

Below: "Stories" by Martha Tilston, a lovely piece from her lastest album, Nomad (2017). The video was filmed in Cornwall (in Penwith, I think), in a landscape much like ours here on Dartmoor. "Keep running into the stories that took you this far," says Tilston. Oh yes.

The artwork today is by Louise Richardson, a mixed media artist in Norwich, England, working with scupture, textiles, and photography. "I am currently looking at the idea of memory and identity," she writes, "bringing universal messages to the viewer, through the portrayal of objects in my own memory. The diversity of materials within my work -- both found and processed -- gives me the opportunity and freedom to invent metaphors which run parallel with the subject matter."

Please visit her website to see more of her work. 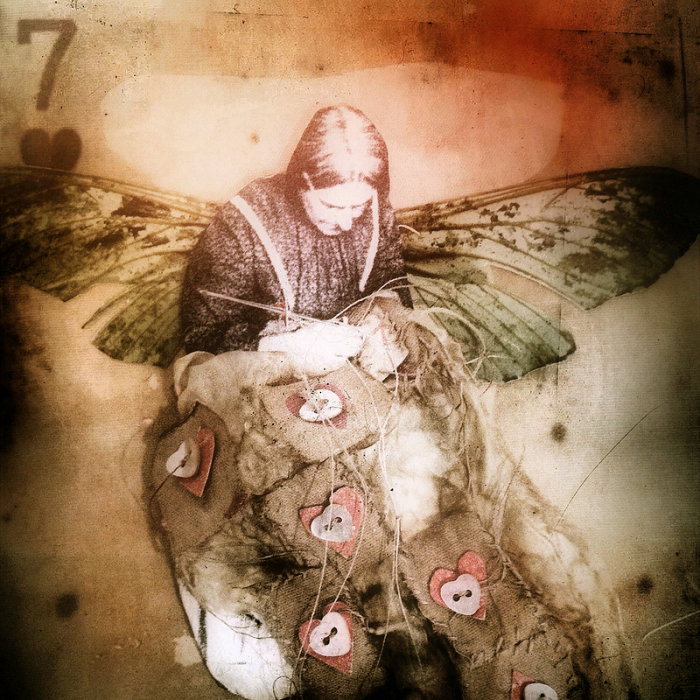 I am in love with every song that you posted today. Anna Silvera especially is a revelation. I'm going to have to go buy some music now- and you have put a serious dent in this month's budget, Terri!

April has arrived at last and these oh so beautiful tunes are a welcome beginning.

Much love to you both.