Below: "Lath' a' siubhal sleibhe dhomh (On A Day As I Traversed The Mountain)," performed by Sarah-Jane Summers, a Scottish fiddler based in Norway. The song appears on her award-winning album Solo (2018).

Above: "House on a Hill" by singer-songwriter Olivia Chaney, from Oxford.  It's from her beautiful new album, Shelter (2018).

Below: "Shelter," the title song from the new album.

Above: "The House at Rosehill" by singer/songwriter Claire Hastings, from Glasgow, accompanied by Jenn Butterworth (guitar), Andrew Wait (accordion), and Laura Wilkie (fiddle). The song appeared on her first solo album, Between the River and the Railway (2016).

Below: "Keep it Whole" by singer/songwriter Anna Mieke, from Wicklow, Ireland. The song was released as a single last autumn; the video was filmed in Montana. 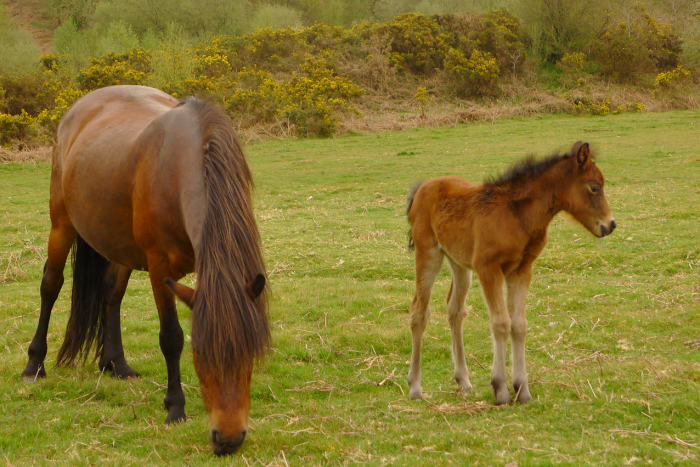 Photograph: a Dartmoor pony and newborn foal on our village Commons. The drawing is by William Heath Robinson (1872-1944).

Glorious glorious music this week! And that fiddle playing in the second video? As a fellow fiddle player all I can say is, Wow.