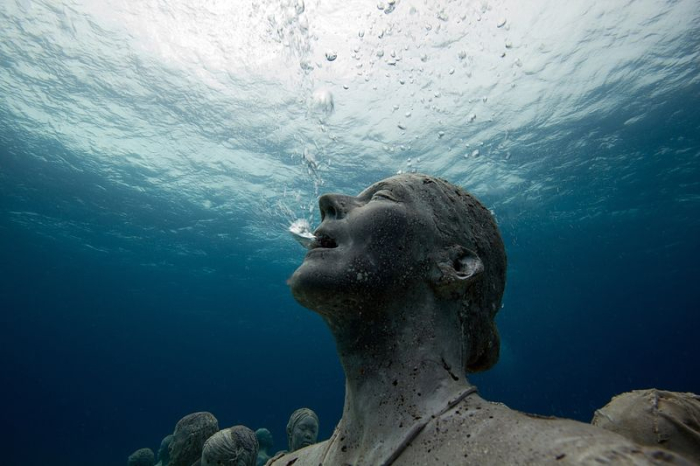 Above: "Music in the Antropocene," an inspiring talk (with music) by Alaskan composer John Luther Adams, who was awarded the Pulitzer Prize for Music in 2014. "Today a growing number of geologists believe we have left the Holocene and entered a new geologic period, the Anthropocene, in which the dominant geologic force is humanity itself," he says. "What does this mean for music? What does it mean for my work as a composer, or for any artist working in any medium today?" He goes on to discuss his move from full-time environmental activism to art-making, and why he believes that the latter is as necessary as the former. This relates, I believe, to all art forms at their best, including fantasy and mythic arts.

Below: "In a Treeless Place, Only Snow" by John Luther Adams, performed by the faculty and fellows at the Bang on a Can Summer Marathon at the Massachusetts Museum of Contemporary Art in 2016. (I've chosen an indoor piece as it's hard to experience Luther's outdoor pieces fully through a short video.)

Above: Italian composer and pianist Ludovico Einaudi discusses his beautiful new album series Seven Days Walking -- seven albums, released over seven months, inspired by his walks through the Italian Alps. The series began in March, and three of the albums are available so far.

Below: "Fox Tracks" from Seven Days Walking: Day I, with Einaudi on piano, Federico Mecozzi on violin, and Redi Hasa on cello.

Above: "Usal Road" by Breton composer and multi-instrumentalist Yann Tiersen,  from his new album All (2019), a meditation on place and the natural world, blending music with field recordings made in Brittany, Devon, and elsewhere. It's the first of Tiersen's albums to be recorded in his studio on Ushant, the small island in the Celtic Sea between Brittany and Cornwall where he makes his home.

Below: "First of the Tide" by Scottish composer and multi-instrumentalist Erland Cooper -- from his new album Sule Skerry (2019), the second in a triptych inspired his Orkney homeland and the works of Orcadian poet George Mackay Brown. 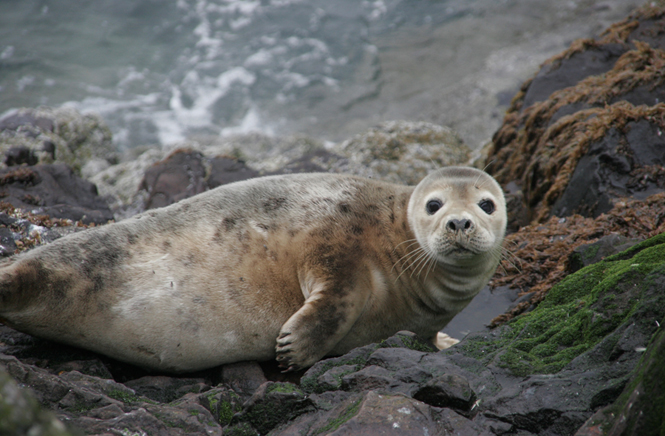 To end with: "Waloyo Yamoni (We Overcome the Wind)" by American composer Christopher Tin, performed by the Royal Philharmonic Orchestra, the Angel City Chorale, Prima Vocal Ensemble and Lucis choirs conducted by Tin in London, 2016. It's the final piece on his album The Drop That Contains the Sea -- a gorgeous song cycle on the theme of water, each song sung in a different language. This one is in Lango, a Southern Luo dialect spoken by the Lango people of Uganda.

"In the coming century water, and water management, is going to be the most important global issue to all people and across all countries,” he says. “Between melting Antarctic ice sheets and rising ocean levels and droughts and increased devastation from hurricanes and so forth, water is literally going to shape the way we draw our maps.”

When I despair at all the destruction we humans are responsible for, I remember we are also capable of this, and my heart lifts a little: 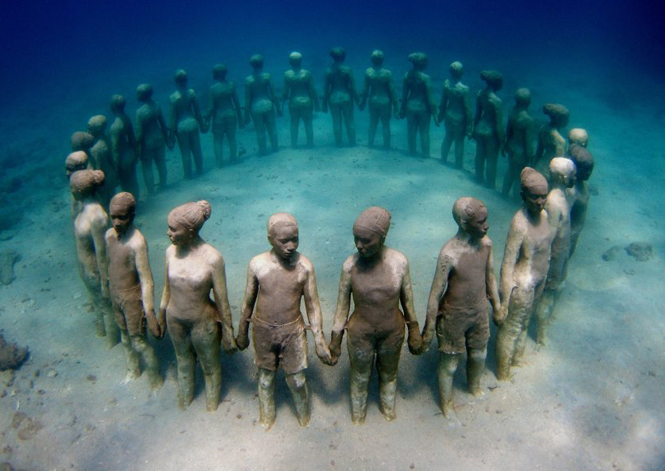 Today's music is dedicated to the brave young people who created the Extinction Rebellion, and to the older folks who stand alongside them-- which I hope is all of us here. The photographs at the top and bottom of the post are of underwater sculptures by environmental artist Jason deCaires Taylor. The middle photograph is of a harbour seal in Orkney archipelago. It is their home, too, we are fighting for.

Perfect to share for our "Memorial Day" over here in Amerika. I poated https://youtu.be/ea9U3E58HC8

Thank you. I love John Luther Adam's talk because he discusses so many of the things I've been thinking about lately, in regards to writing.

Good heavens, that took me back! I haven't thought about John Denver in years....