When you enter the woods...
Carrying stories 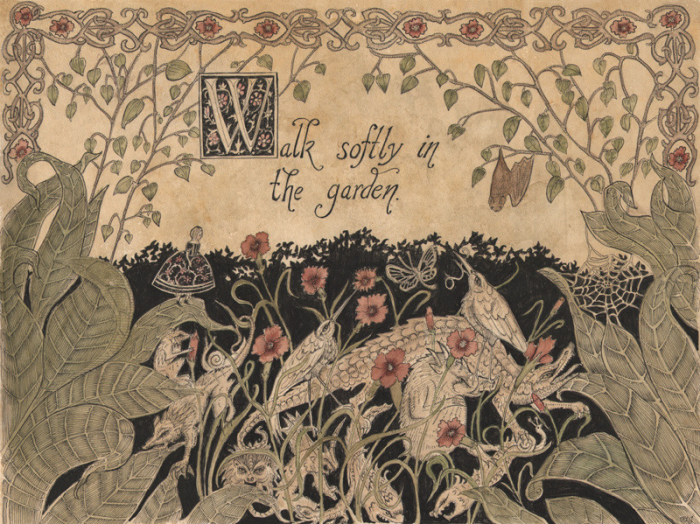 Today, folk/bluegrass/American roots music from the troubled, soulful, very beautiful country I was born in....

Below: "Overland" by I'm With Her (Aoife O'Donovan, Sara Jarosz, and Sara Watkins), from their first album together, See You Around (2018). The video is by Tobias LaMontagne.

Above: "American Flowers" by Birds of Chicago (husband-and-wife folk/roots duo JT Nero and Allison Russell), with Rhiannon Giddens and Steve Dawson. The song is from their lovely EP of the same name (2017). I also recommend Giddens' new album, There is no Other, with Francesco Turrisi.

Below: "Remember Wild Horses" by Birds of Chicago, from Real Midnight (2016).

Above: "Saint Valentine" by Gregory Alan Isakov and his band, performed with the Ghost Orchestra in Los Angeles in 2017. The song appeared on Isakov's 5th album, The Weatherman (2013).

Below: "The Universe" by Gregory Alan Isakov, also from The Weatherman, performed with his band in his home state, Colorado, in 2015.

Above: "Mother Deer" by Mandolin Orange (Andrew Marlin and Emily Frantz) and their band. The song is from their new album Tides of a Teardrop (2019).

Below: "The Wolves" by Mandolin Orange, also from the new album. 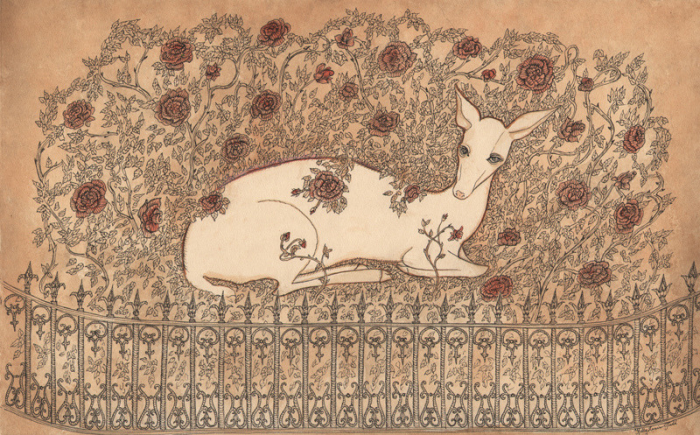 The art today is by Kelly Louise Judd, a painter and illustrator based in Kansas City whose work is inspired by folklore, ghost stories, Victoriana, animals, and nature. Please visit her website to see more. 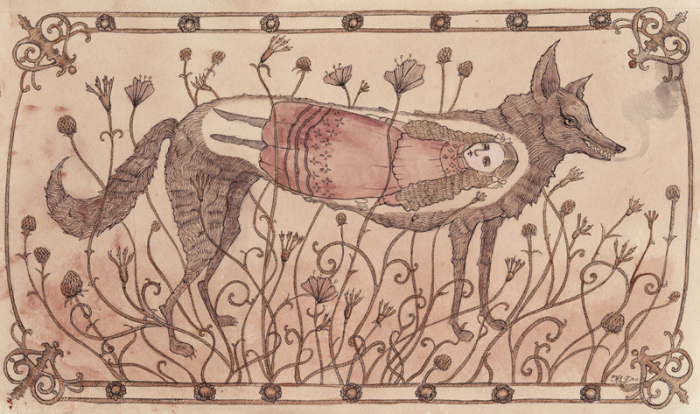 I didn't know Mandolin Orange has a new album out, with a deer song!, and Birds of Chicago are new to me. Thank you for both of those things, and for all of the music today. I'm listening to it in the early hours of the morning here, the stars still bright out the window - heavenly, the music, the stars.

From rousing arrival to parting lament, a choice set this Monday Terri. Thank you from the land where you were born. I too will howl at the moon tonight.

I love this music. I LOVE it. At a time when my country is so broken it does my heart good to remember that we create music and beauty like this too. Oh my oh my oh my. I needed that.