Myth & Moor update
The community of the forest

Here by the grace of trees 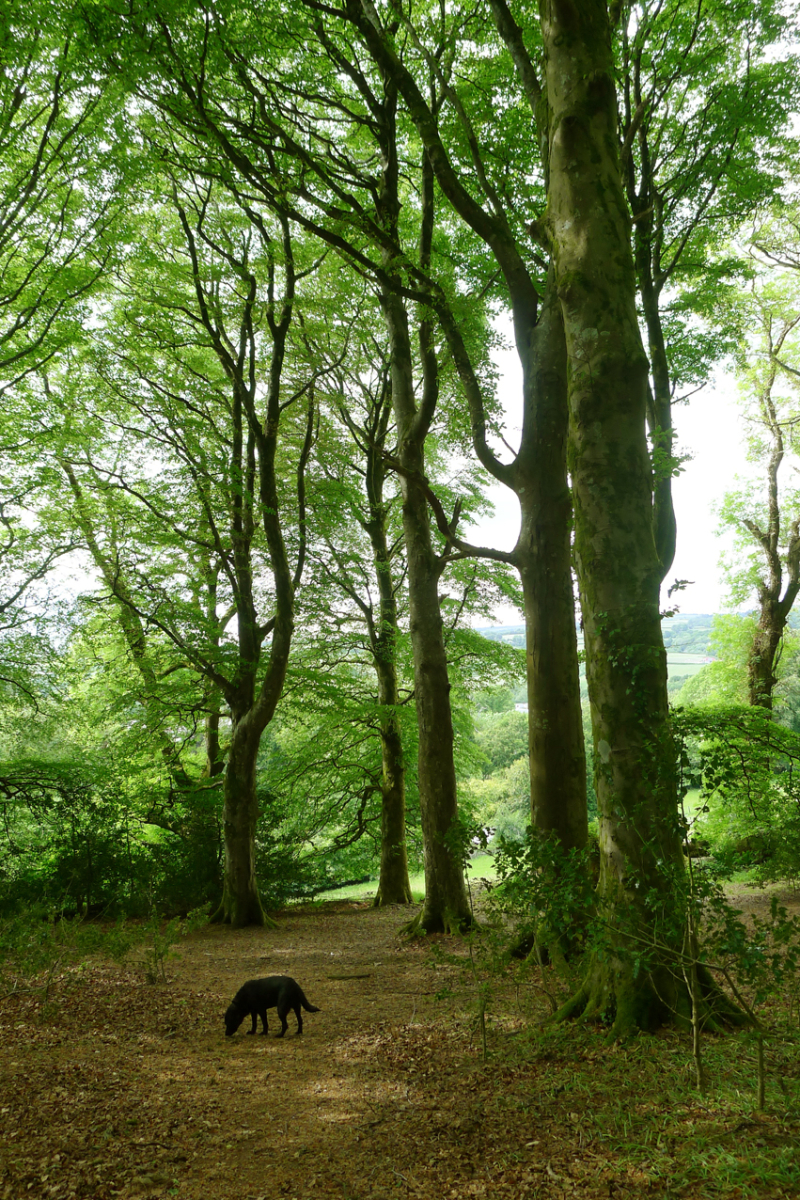 I've finally read Overstory by Richard Powers -- a sprawling novel composed of interlocked stories about people, trees, and the relationship between them -- and I highly recommend it to all who are interested in the intersection of nature, art and story.

Trees do most of the things we do, just more slowly, writes Barbara Kingsolver (in her review of Overstory):

"They compete for their livelihoods and take care of their families, sometimes making huge sacrifices for their children. They breathe, eat and have sex. They give gifts, communicate, learn, remember and record the important events of their lives. With relatives and non-kin alike they cooperate, forming neighborhood watch committees -- to name one example -- with rapid response networks to alert others to a threatening intruder. They manage their resources in bank accounts, using past market trends to predict future needs. They mine and farm the land, and sometimes move their families across great distances for better opportunities. Some of this might take centuries, but for a creature with a life span of hundreds or thousands of years, time must surely have a different feel about it.

"And for all that, trees are things to us, good for tables, floors and ceiling beams: As much as we might admire them, we’re still happy to walk on their hearts. It may register as a shock, then, that trees have lives so much like our own. All the behaviors described above have been studied and documented by scientists who carefully avoid the word 'behavior' and other anthropomorphic language, lest they be accused of having emotional attachments to their subjects.

"The novelist suffers no such injunction, but most of them don’t know beans about botany. Richard Powers is the exception, and his monumental novel The Overstory accomplishes what few living writers from either camp, art or science, could attempt. Using the tools of story, he pulls readers heart-first into a perspective so much longer-lived and more subtly developed than the human purview that we gain glimpses of a vast, primordial sensibility, while watching our own kind get whittled down to size." 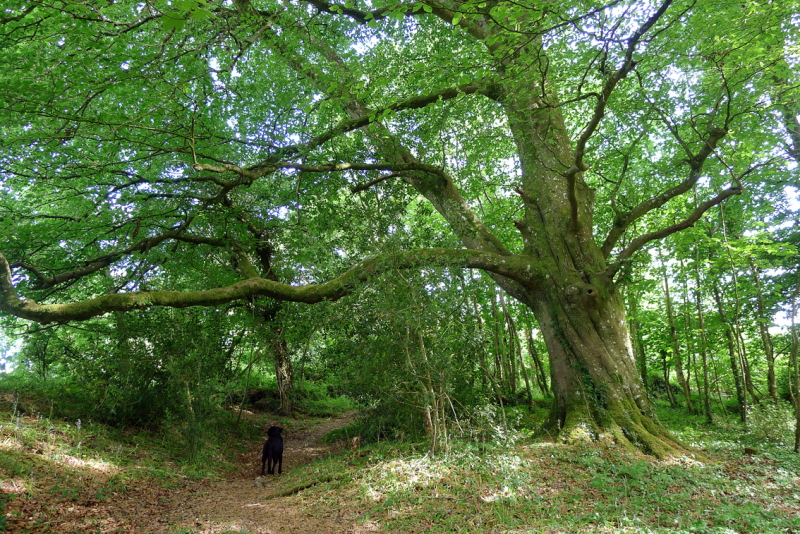 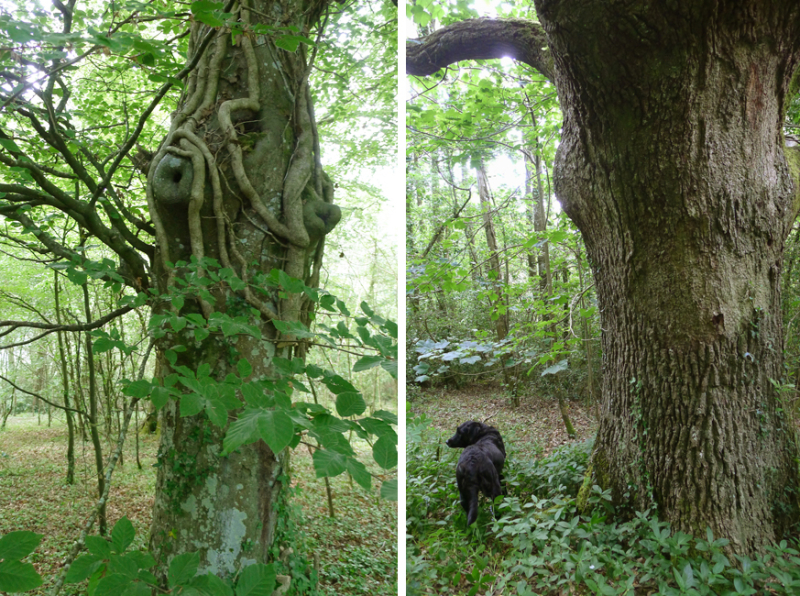 In an excellent interview with Richard Powers, Bradford Morrow notes:

"Some of our greatest novelists, from Thomas Hardy to Willa Cather and beyond, have so deeply invested their natural landscapes with the power of personality that nature becomes an active, even interactive, character in their work. Certainly, the trees in your novel similarly achieve an undeniable kind of selfhood, a soulful, communicative, and vital presence. They are families. Some of them are individuals with complicated lives....So, yes, Hardy, Cather, even J. R. R. Tolkien and others, have their ways of approaching nature as a character.

"What," he asks Powers, "is your trajectory here, philosophically, aesthetically, along other avenues, of making this come to life for you?"

"The choice to give these trees central roles in the plot and the cast of the novel," Powers answers, "is both elemental and elementary. At the core of the book (in the heartwood, if you will) is a rejection of human exceptionalism -- the idea that we are the only things on earth with agency, purpose, memory, flexible response to change, or community. Research has shown in countless marvelous ways that trees have all of these. Tree consciousness -- which we’ll need to recover in order to come back home to this planet and stop treating it like a bus station bathroom -- means understanding that trees, both singly and collectively, are central characters in our own stories. 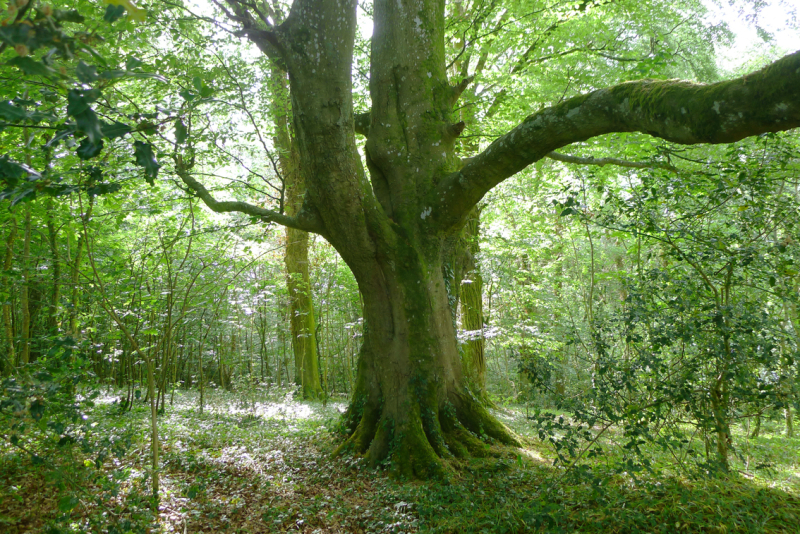 "Related to this insight is the research of Patricia Westerford into the intensely collective nature of trees. Just as in the standard novel of psychological revelation that often plays social and group will against the individual, so, Westerford discovers, there is always a society of trees, sustaining and regulating the lives of its single stems:

'It will take years for the picture to emerge. There will be findings, unbelievable truths confirmed by a spreading worldwide web of researchers in Canada, Europe, Asia, all happily swapping data through faster and better channels. Her trees are far more social than even Patricia suspected. There are no individuals. There aren’t even separate species. Everything in the forest is the forest. Competition is not separable from endless flavors of cooperation. Trees fight no more than do the leaves on a single tree. It seems most of nature isn’t red in tooth and claw, after all. For one, those species at the base of the living pyramid have neither teeth nor talons. But if trees share their storehouses, then every drop of red must float on a sea of green.'

"Tolkien, by the way, was indeed an inspiration in some of this. His Ents must surely be among his most spectacular creations. Slow to anger, slow to act. But once they get going, you want them on your side." 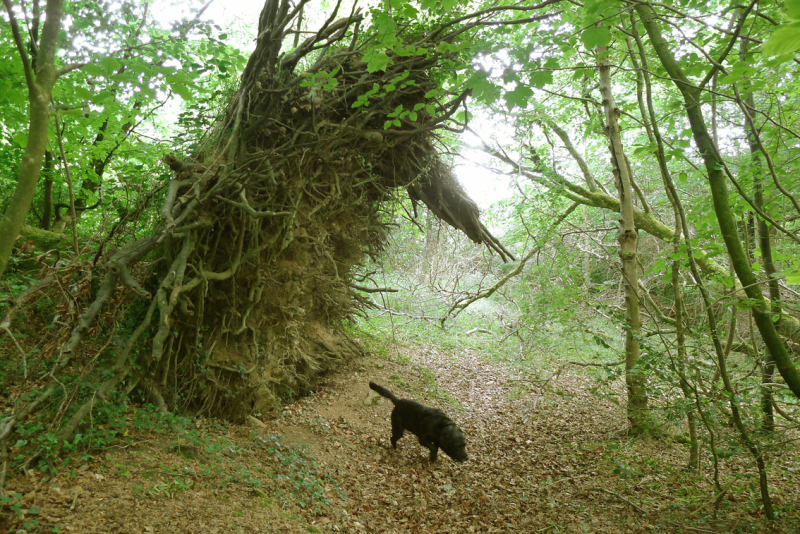 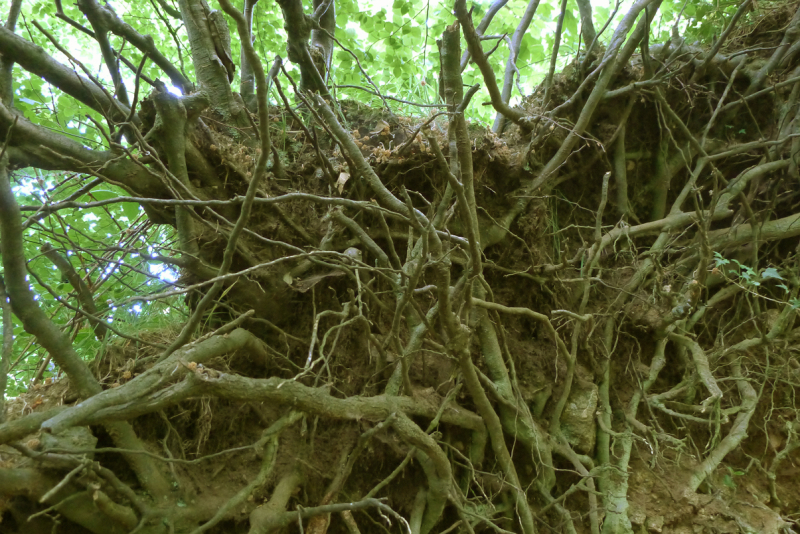 "To live on this primarily nonhuman planet," says Powers later in the interview, "we must change how we think of nonhumans. They are not here merely to serve as our resources. They are intelligent agents, deserving of legal standing, creatures that want something from each other and from us. They, much more than we, have created this place. We are not their masters; our dependence on them should make us more like their resourceful servants. They are gifts, and all of us know how sparingly and reverently a gift is best used. As a friend puts it: How little we would need if we knew how much we have. 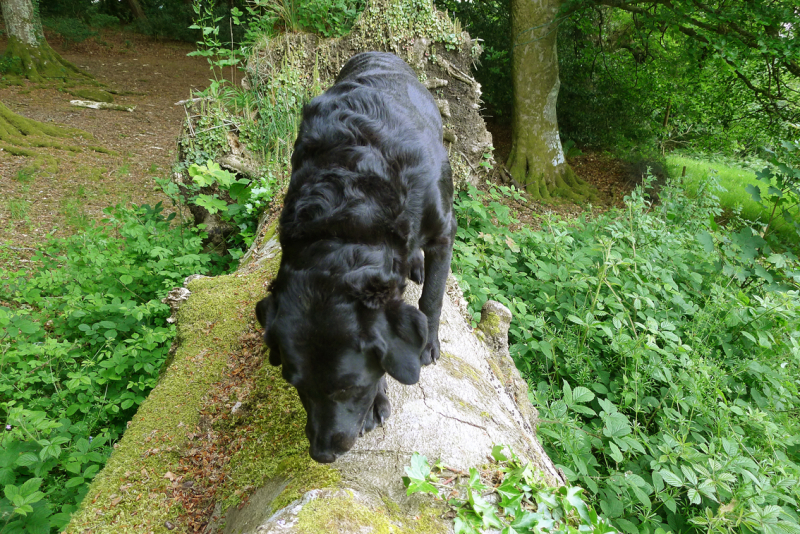 "The salvation of humanity -- for it’s us, not the world, who need to be saved -- and our continued lease on this planet depend on our development of tree consciousness. We are here by the grace of trees and forests. They make our atmosphere, clean our water, and sustain the cycles of life that permit us. Just begin to see them. See them up close and personal. See them from far away across great distances. Notice all the million complex beautiful behaviors and forms that have always slipped right past you. Simply see, and the rest will begin to follow. Every other act of preservation depends on that first step.

"For writers: ask yourself how many invisible nonhuman actors and agents are required to enable your tale of individual self-realization or domestic drama, then make those hidden sponsors visible.

"For readers: let the beauty of whatever book you’ve just read teach you to read the world beyond what we human beings call the real world. And for all of us, there is always Thoreau: 'Live in each season as it passes; breathe the air, drink the drink, taste the fruit, resign yourself to the influence of the earth.' " 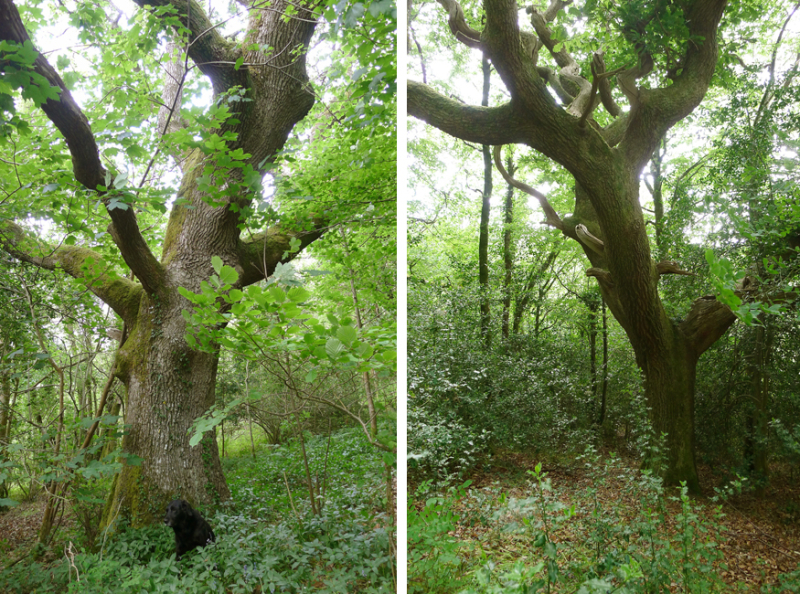 Please don't miss this remarkable novel, which demonstrates one of the ways that artists today can use the tools of our various crafts -- language, paint, music, etc. -- to speak for the more-than-human world. 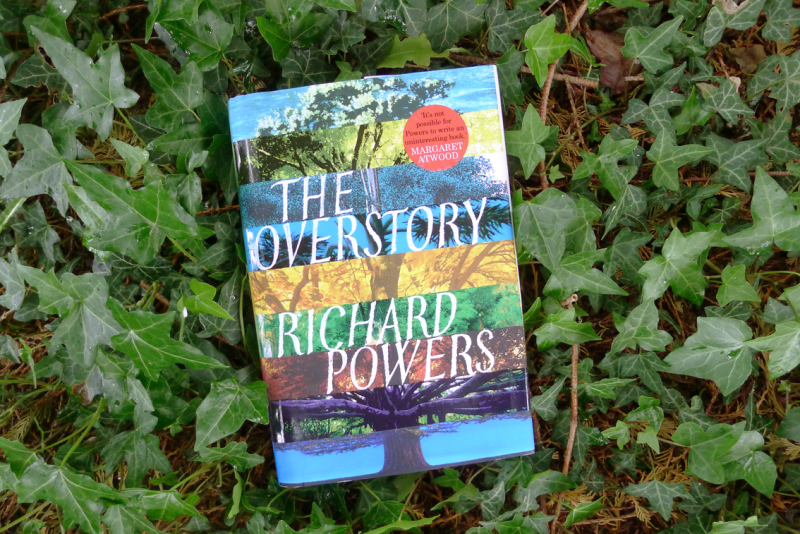 Words: The passages quoted above are from "The Heroes of This Novel are Centuries Old and 300 Feet Tall" by Barbara Kingsolver (The New York Times Book Review, April 9, 2018) and "Richard Powers: An Interview" by Bradford Morrow (Conjunctions: 70, Spring 2018). The poem in the picture captions is from Everything is Waiting for You by David Whyte (Many Rivers Press, 2003). All rights reserved by the authors. Pictures: Visiting with the tree elders in the oak and beech woods on our hill, and the remarkable root systems of fallen giants.

Related posts: Children in the woods and In the forest, the child; in the child, the forest.

Glad to see your post,you are back from your travels, and the focus: Trees. The Overstory is a very popular book on our island. I am #76 on the Reserve List, waiting for 25 copies in the 'Forest.'

Tomorrow we move back to be with the Forest. We are in need of the refresher course in what is 'Elemental and Elementary'.

Thank you so much for Curating the written words I'd otherwise not know!

I did my own review of this book - it's here: https://www.almaalexander.org/the-word-for-love-is-tree/ (Part 1) and https://www.almaalexander.org/the-word-for-love-is-tree-part-2/ (Part 2) - and I was equally enthralled. An enormous book, in every sense, and hugely recommended... :) Thank you for, as always, an amazing write up...

I totally loved "The Overstory," but had a difficult time trying to convince friends and family to read this amazing novel.
No takers. Their loss! Enjoy!

(((Terri))) I have just finished reading this wonderfully inspiring book, thank you for the heads up!