Daily magic
The names of mosses 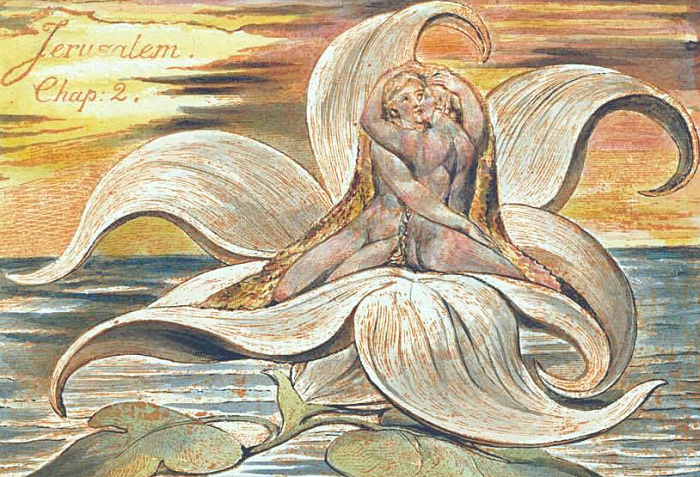 This week, music inspired by the poetry of Blake, Coleridge, and Yeats....

Above: "Jerusalem"  by English singer/songwriter Chris Wood, based on the poem by William Blake (1757-1827). The song is from Wood's album None The Wiser (2013), performed at the Green Backyard in Peterborough (2014).

Below:  "The Tyger" by American singer/songwriter Greg Brown, based on the poem by Blake. It's from Brown's album of Blake-inspired works, Songs of Innocence and of Experience (1986).

Above: "Kubla Khan" by Samuel Taylor Coleridge (1772-1834), with music by English singer/songwriter Ange Hardy and artwork by Tamsin Rosewell. The piece is from Hardy's album Esteesee, containing songs based on the poet's life and work.

Below: The title song of Hardy's album, performed live with Lukas Drinkwater. Coleridge disliked his name so much he would write it phonetically as Esteesee.

Below: "The Stolen Child" by Canadian singer/songwriter and Celtic music scholar Loreena McKennitt, based on the poem by Yeats. The song appeared on McKennitt's album Elemental (1985). This live performance was filmed the same year. 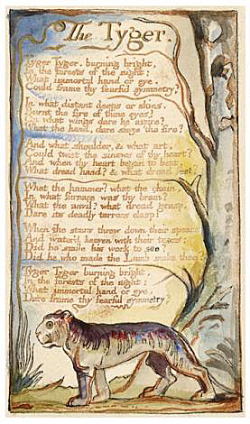 It's been a good week for contemporary poetry. In the U.S., Joy Harjo of the Mvskoke/Creek Nation has just been named Poet Laureate, and will be the first Native American writer in the role since its establishment 82 years ago. (William Jay Smith, Poet Laureate from 1968-1970, was of Choctaw ancestry but not a tribal member.) Harjo is an activist as well as a poet and says she will use her appointment to put a spotlight on First Nations writers, which is welcome news indeed. Go here for a short video of Harjo talking about this at the Academy of American of Poets.

In the UK, Alice Oswald has just been named Oxford Professor of Poetry, and is the first woman to serve in that position since it was establish three centuries ago, in 1708. Alice currently lives on the other side of Dartmoor, and is a friend of ours (her husband, playwright Peter Oswald, runs a theatre company with my husband Howard), so we're especially delighted by this news. Go here for a short interview with Alice about her multi-award-winning book Falling Awake. 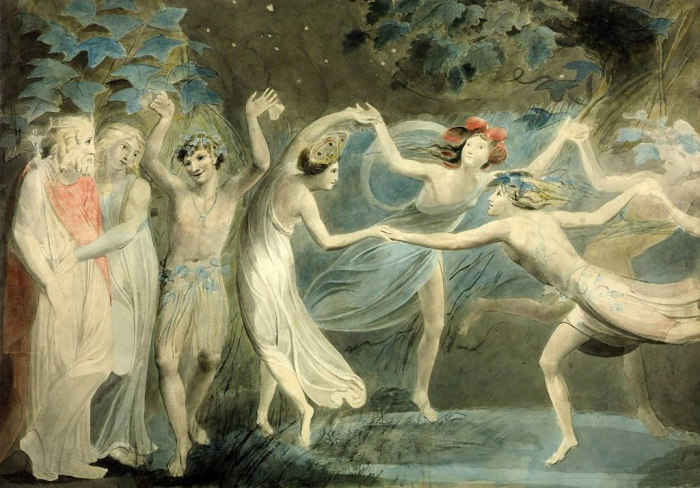 Artwork above by William Blake.

Hi Terri I sent a message to you about a book I am reading by Nigel Nicholson The making of Poetry.It is about the year when Coleridge Wordsworth and Dorothy met and spent time in Somerset and where the Lyrical Ballads were conceived.I am living every page and as a now retired librarian cannot resist still telling people about wonderful books.Probably you may have already come across it but it is new and has some good woodcuts in it too.I sent a message on messenger but Perhaps you do not use it.Angela

Thank you for this recommendation, Angela. It sounds wonderful, and I will definitely track a copy down!

The words are already beautiful, having them set to music takes them to a whole new level of beauty. I'm most familiar with Loreena McKennitt's work. Thank you for expanding my musical horizons :)
Great news about Alice Oswald. With the number of women poets we've been blessed with over the years, its way past due for a woman poet to serve in that position, in my opinion.

You might enjoy the album "The Garden of Love" by Martha Redbone, an American roots musician. All inspired by William Blake. https://www.martharedbone.com/

Thank you for the recommendation.

It reall
y is lifting my spirits and making me want to plan a little trip to Nether Stowey again as I did with some friends quite a few years ago in hippy days.Also re reading The Wood Wife which is always a book which comforts me and takes me to another dimension.Hope you are feeling better. Angela