A quiet morning in the studio
Brothers & Beasts: the boys who love fairy tales 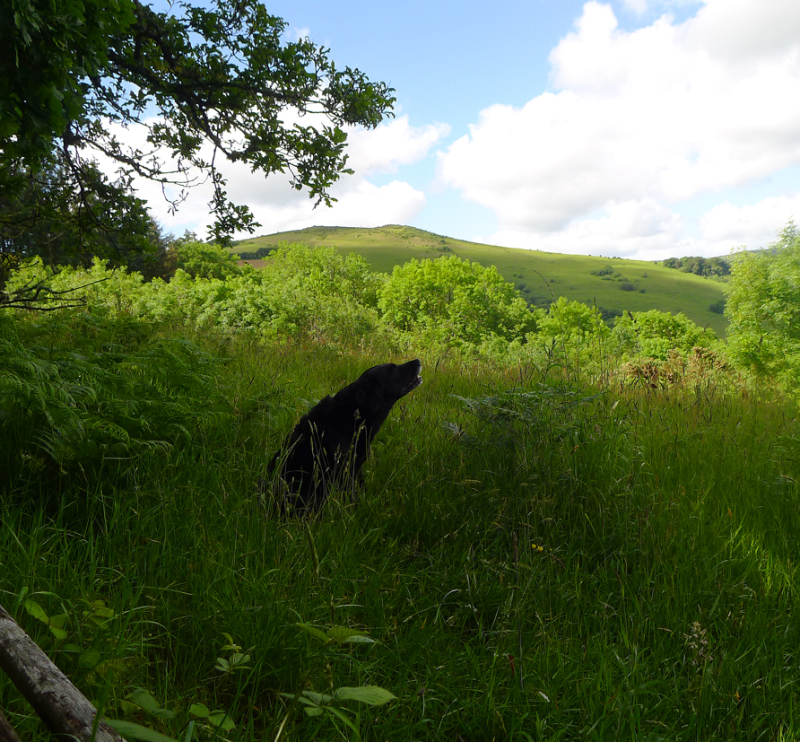 Ten years ago we made a decision to bring a dog into our family. Our daughter had suffered a string of losses and we hoped that the companionship of a bouncy young dog might aid in her recovery; and my husband had always been mad about dogs and pined for one of his own. I was the hold-out in the family. It wasn't that I disliked dogs, but I didn't really know much about them. I'd lived with a cat for twenty years -- a big striped tom-cat, feisty and independent -- and dogs by comparison, well, seemed like an awful lot of work. 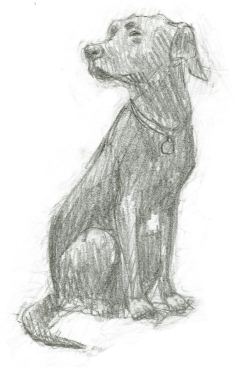 We dithered about it for a couple of months until an exasperated young friend declared: "Get a dog, or don't get a dog, but don't just keep talking about it!" Learning that a farmer in the north of Devon had a litter of pups ready to leave their mama, we jumped in the car "just to take a look" ... and came back home with a tiny black bundle snoozing calmly on our daughter's lap.

Tilly is often mistaken for a small Labrador Retriever, but she's actually a cross known as a Springador: her mother was a liver-and-white Springer Spaniel, and her father was (supposedly) a yellow Lab from a nearby farm. (There was also a big black mutt slinking around, looking mighty pleased with himself.) The entire litter of eight was black but for one male pup with a blaze of white. Tilly looked identical to the others. There was nothing special to distinguish her, and anyway, Howard wanted a boy ... but this tiny scrap of being had her own ideas. We didn't choose our dog, our dog chose us -- quietly, clearly, and with great determination. It was less than an hour's drive back to Dartmoor, but by the time she entered the house in Howard's arms she'd already turned me from a Dog Agnostic to a passionate member of the Dog-loving Tribe. 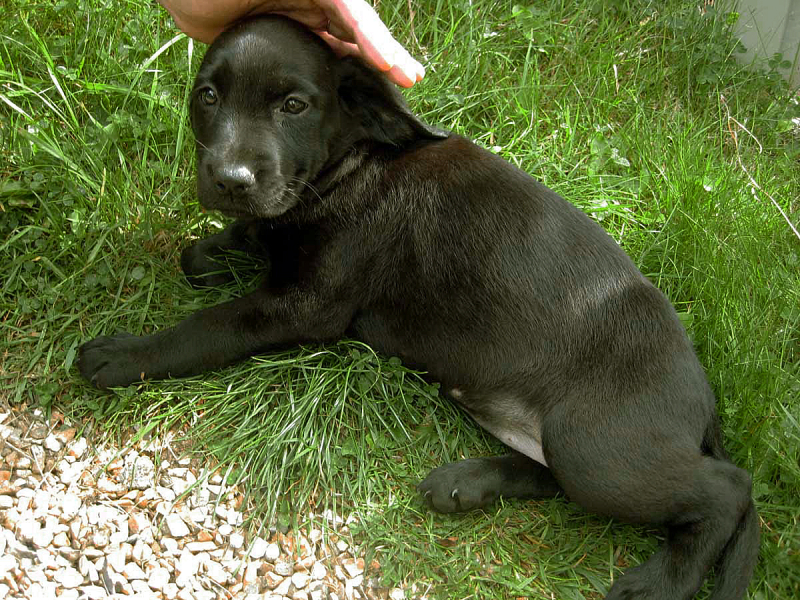 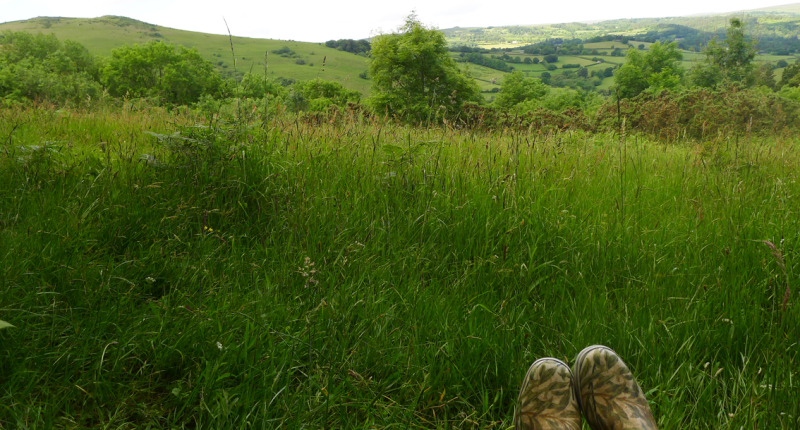 When Tilly was young, the two of us liked to start our mornings in the garden watching birds: me sitting in a low deck chair, my morning coffee close to hand, with the pup tucked into the folds of my skirt where it stretched between my knees. 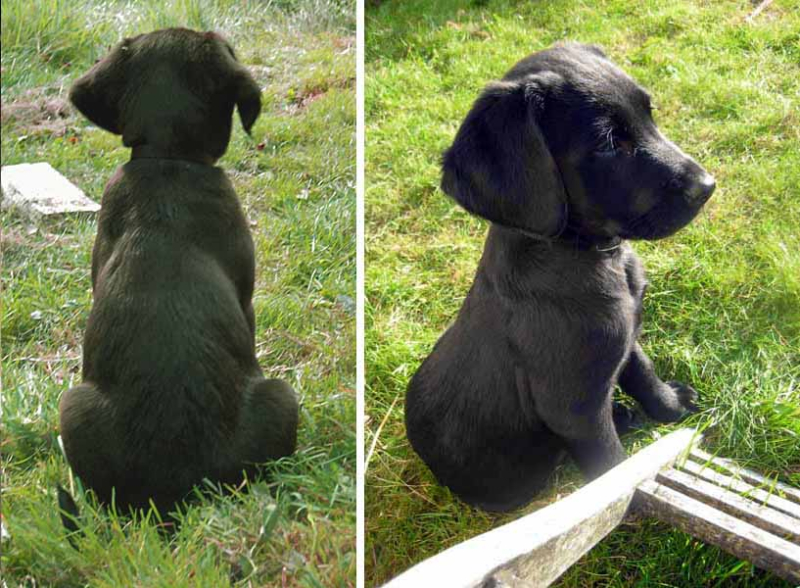 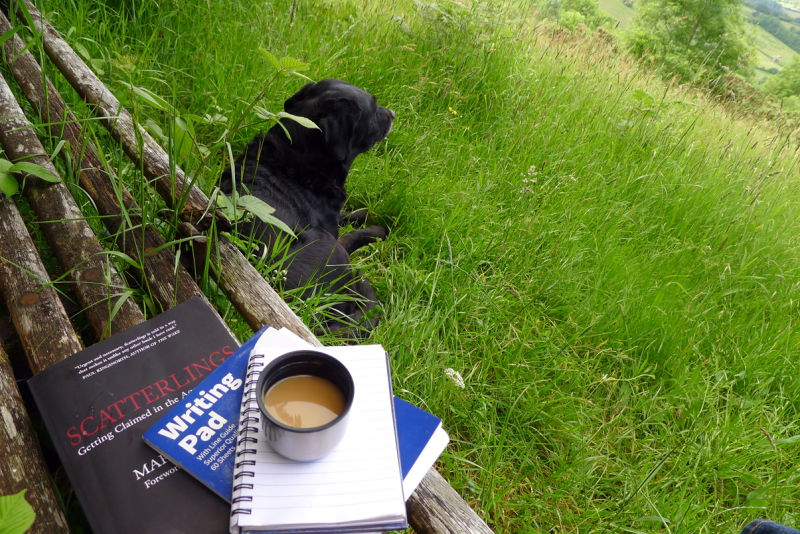 Ten years later, we still often start the day outdoors -- in a field, or the woods, or up on the hill.  If the weather is good, I pick a spot to read or write while Tilly sits close by: watching the birds, sniffing the breeze, following the movements of sheep and wild ponies through the fields below. 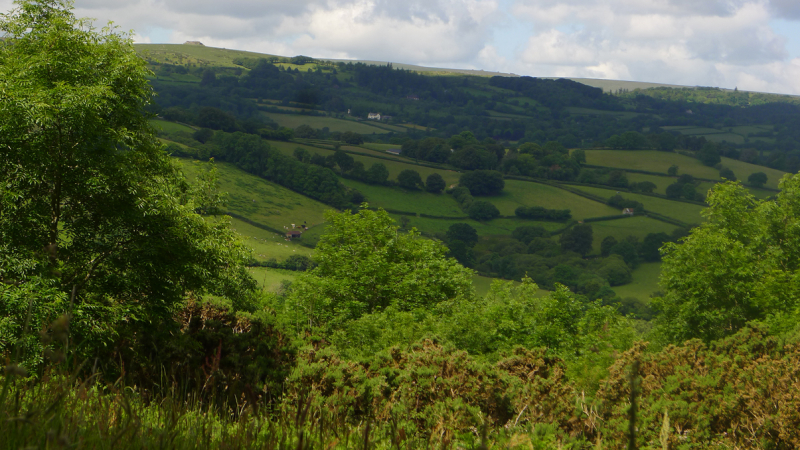 I can't gather her up in my skirts anymore -- but I love the big, warm bulk of her, and her greying muzzle, and the jowls below her chin. We've both grown older and slower through the years, but the signs of age that discomfort me in myself seem entirely lovely on her. 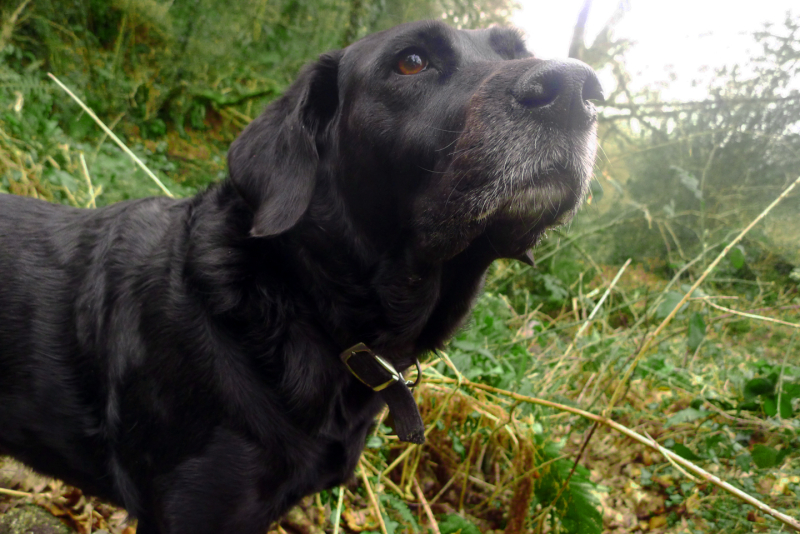 "We love dogs," writes Erica Jong, "because they show us how to live with with utmost simplicity: Rejoice and kick up your heels after a good shit. Love the one who feeds you. Curl up with the one who strokes your belly. Cherish a good master and lick him into enduring servitude. Celebrate life. Praise God. Find your way home no matter how long it takes. Watch out for the coyotes in the woods. Sniff every corner of the room before you decide to stay there. Turn around three times and create a magic circle before you settle down to dreaming. Decide to trust someone totally before you die. 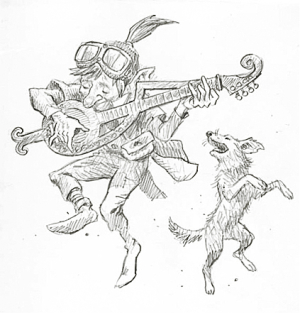 "These are some of the things I've leaned from the dogs in my life. Cats teach us other lessons -- lessons about keeping your own counsel, cherishing your independence, and giving love without surrendering one's self. Dogs seem more slobbery and slavish. But it is we who become their slaves. As a species, humans are slow to trust. Perhaps that's because we have disregarded our noses for so many millenia. The nose is the only organ that tells it true. By living with dogs, we reclaim the feral in ourselves. We may seek to civilize them, but in truth they help us reclaim the wildness in ourselves. They remind us that in the ancient days we have had much wisdom that we have since sadly abandoned: the wisdom of touch, the wisdom of smell, the wisdom of the senses." "It's not that I was unhappy in what I now think of as 'the dogless years,' " Ann Patchett recalls about the days before her Rose entered her life, "but I suspected things could be better. What I could 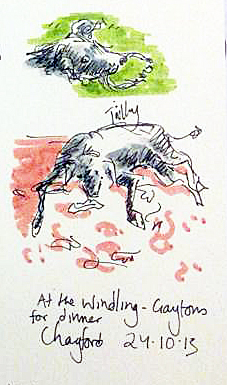 never have imagined was how much better they would be. I had entered into my first relationship of mutual, unconditional love....

"I watch the other dog owners in the park, married people and single people and people with children. The relationship each one has with his or her dog is very personal and distinct. But what I see again and again is that people are proud of their pets, proud of the way they run, proud of how they nose around with the other dogs, proud that they are brave enough to go into the water or smart enough to stay out of it. People seem able to love their dogs with an unabashed acceptance that they rarely demonstrate with family or friends. The dogs do not disappoint them, or if they do, the owners manage to forget about it quickly. I want to learn to love like this, the way we love our dogs, with pride and enthusiasm and complete amnesia for faults. In short, to love others the way our dogs love us." 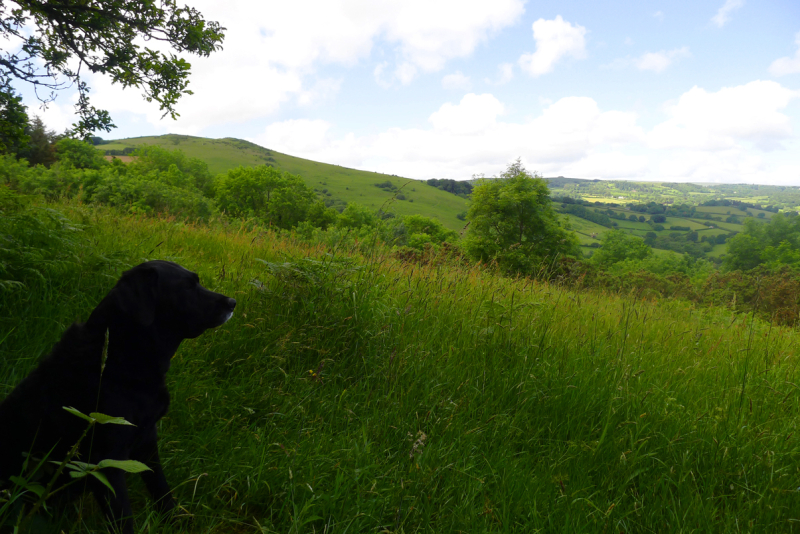 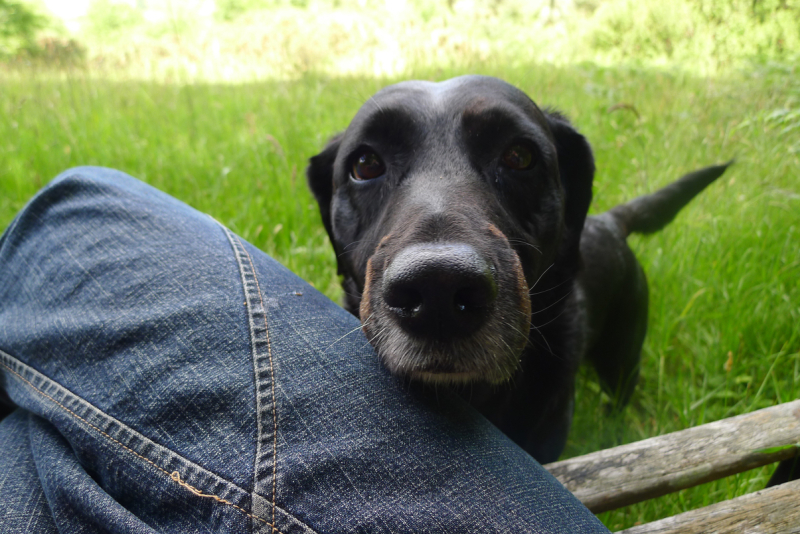 Words: The passages quoted above are from "A Woman's Best Friend" by Erica Jong and "This Dog's Life" by Ann Patchett, published in Dog is My Co-Pilate (Tree Rivers Press, 2003). The poem in the picture captions is from Poetry magazine (August issue, 1999). All rights reserved by the authors.

Pictures: The first drawing of Tilly as a young pup is from preliminary sketches for In the Word Wood by David Wyatt. The second Tilly sketch, also by David, is called "The Birthday Jig." The little colour drawings of Tilly are from Kathleen Jenning's sketchbook. Photographs: Tilly at eight weeks old, ten weeks old, and ten years old.

Delightful post, agree with it all. Dogs are the best present tou can give yourself - as long as you keep the sacred pact never to leave them unwalked, unfed, ignored and ill-trained.

Happy birthday, Tilly! My own pup turned thirteen just last week and I am grateful every day for her enthusiasm and companionship. May you both continue to happily romp, regard, sniff, and snuffle for many years to come!

As a male of the species I feel I'm qualified to say that Erica Jong's description of 'dogness' can be applied as a template to the average man. I'm sure I'm right in saying that many men 'rejoice and kick up [their] heels' after certain activities and I certainly do 'curl up with the one who strokes [my] belly'. And my habit of circling three times before settling down to sleep has long been a bone of contention between myself and Clare. Though she has managed to break me of the habit of bringing home large sticks from our walks, and also I no longer urinate up lamp-posts or trees...well not often anyway.

Happy Happy Birthday Tilly. Beautiful to see her at both ages, and read the backstory. Lovely day to Tilly and her people, thanks for including us.

Congratulations, Tilly, for having so wisely choosed your family! And a happy birthday to you!

I'm crying a bit as I think of our beloved Samwise, our beautiful corgi who was with us for 13 years. I say God Bless all beautiful creatures who bring us such love. Happy Birthday Tilly.