Fly away, fly away
On serving the story

On the care and feeding of daemons 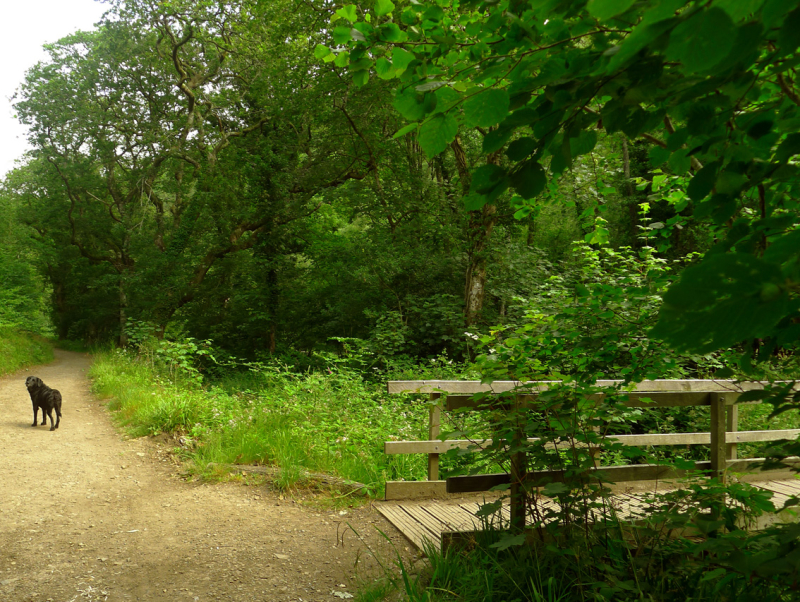 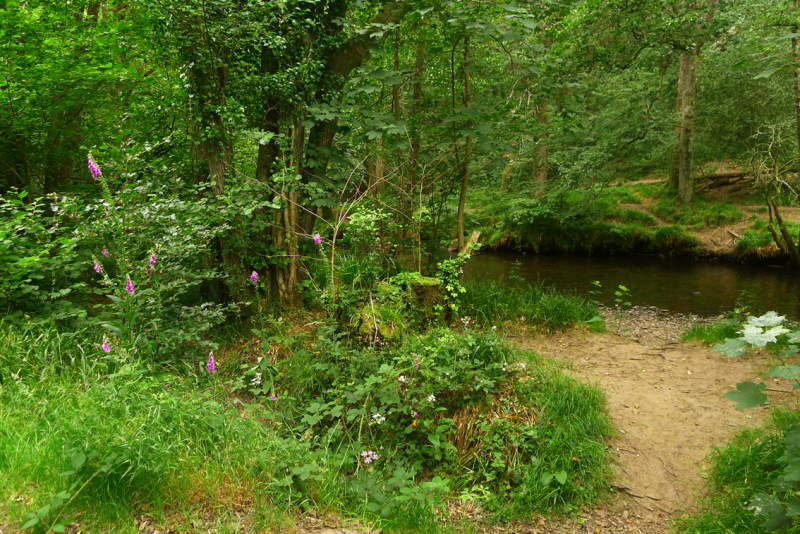 "If we go all the way back to the ancient world, to the old bardic and prophetic traditions, what we find is that men and women are not thought to be authors so much as vessels through which other forces act and speak. Norse legends tell of a spring at the root of the World Tree whose water bubbles up from the underworld, carrying the dissolved memories of the dead. Odin drank from it once; that cost him an eye, but nonetheless empowered him to bestow on worthy poets the mead of inspiration. Homer is not the 'author' of the Odyssey; he disappears after the first line: 'Sing in me, Muse, and through me tell the story....' Hesiod's voice is not his own; in The Theogony he has it from the muses of Mount Helicon and in Works and Days from the muses of Pieria. Plato presents no ideas that he himself made up, only the recovered memory of things known before the great forgetting we call birth.

"Creativity in ancient China was not self-expression but an act of reverence toward earlier generations and the gods. In the Analects, Confucius says, 'I have transmitted what was taught to me without making up anything of my own. I have been faithful to and loved the Ancients.' " 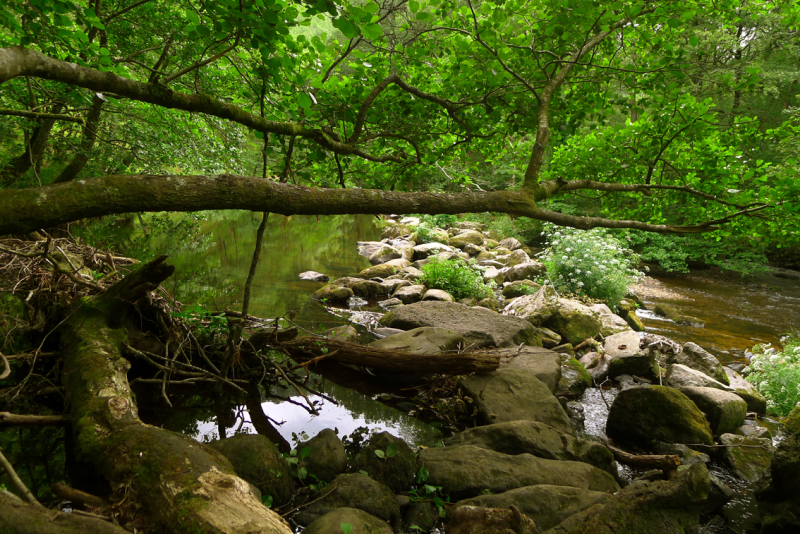 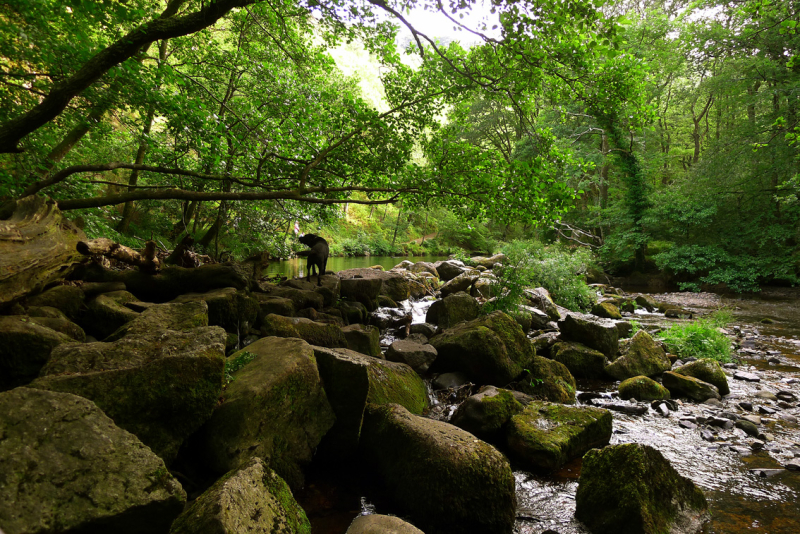 Hyde also discusses creativity and authorship in his seminal book The Gift, writing:

"The task of setting free one's gifts was a recognized labor in the ancient world. The Romans called a person's tuletary spirit his genius. In Greece it was called a daemon. Ancient authors tell us that Socrates, for example, had a daemon who would speak up when he was about to do something that did not accord with his true nature. It was believed that each man had his idios daemon, his personal spirit which could be cultivated and developed. Apuleius, the Roman author of The Golden Ass, wrote a treatsie on the daemon/genius, and one of the things he says is that in Rome it was the custom on one's birthday to offer a sacrifice to one's own genius. A man didn't just receive gifts on his birthday, he would also give something to his guiding spirit. Respected in this way the genius made one 'genial' -- sexually potent, artistically creative, and spiritually fertile. 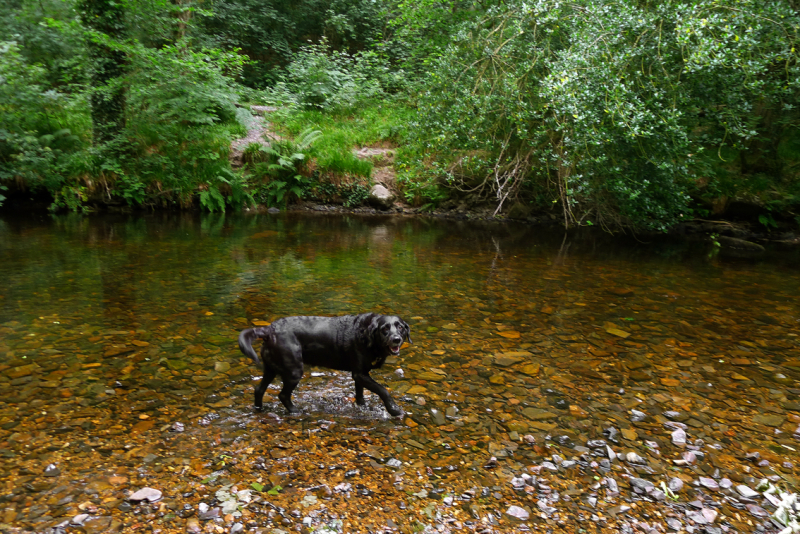 "According to Apuleius, if a man cultivated his genius through such a sacrifice, it would become a lar, a protective household god, when he died. But if a man ignored his genius, it became a larva or a lemur when he died, a troublesome, restless spook that preys on the living.  The genius or daemon comes to us at birth. It carries with us the fullness of our undeveloped powers. These it offers to us as we grow, and we choose whether or not to accept, which means we choose whether or not to labor in its service. For the genius has need of us. As with the elves, the spirit that brings us our gifts finds its eventual freedom only through our sacrifice, and those who do not reciprocate the gifts of their genius will leave it in bondage when they die. 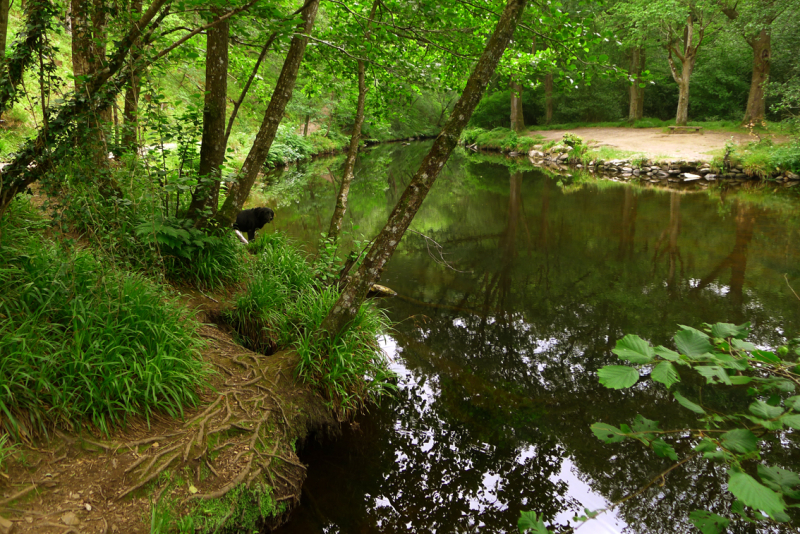 Hyde concludes with a word of warning about the state of daemons in modernity:

"An abiding sense of gratitude moves a person to labor in the service of his daemon. The opposite is properly called narcissism. The narcissist feels his gifts come from himself. He works to display himself, not to suffer change. An age in which no one sacrifices to his genius or daemon is an age of narcissism. The 'cult of the genius' which we have seen in this century has nothing to do with the ancient cult. The public adoration of genius turns men and women into celebrities and cuts off all commerce with the guardian spirits. We should not speak of another's genius; this is a private affair. The celebrity trades on his gifts; he does not sacrifice to them. And without that sacrifice, without the return gift, the spirit cannot be set free. In an age of narcissism the centers of culture are populated with larvae and lemurs, the spooks of unfulfilled genii." 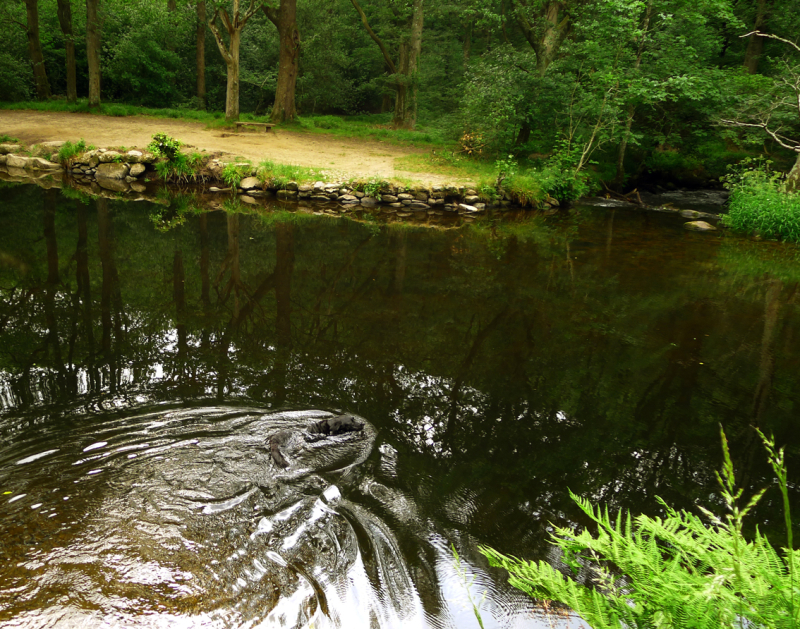 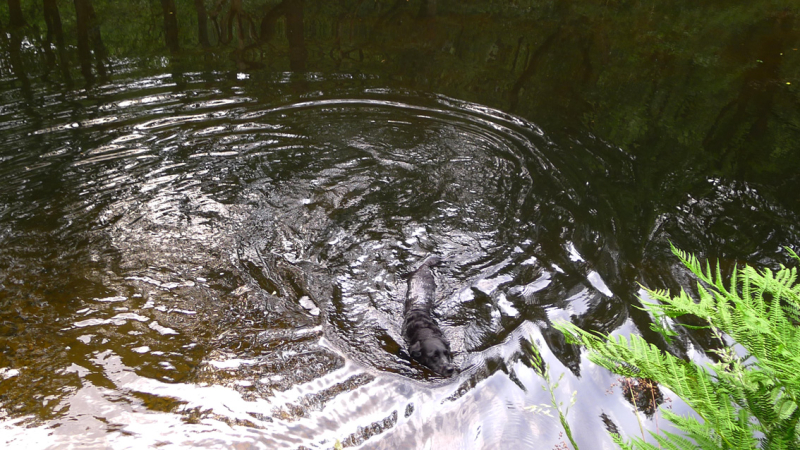 Stephen King takes a more irreverent approach to creative daemons in his essay "The Writing Life":

"There is indeed a half-wild beast that lives in the thickets of each writer's imagination. It gorges on a half-cooked stew of suppositions, superstitions and half-finished stories. It's drawn by the stink of the image-making stills writers paint in their heads. The place one calls one's study or writing room is really no more than a clearing in the woods where one trains the beast (insofar as it can be trained) to come. One doesn't call it; that doesn't work. One just goes there and picks up the handiest writing implement (or turns it 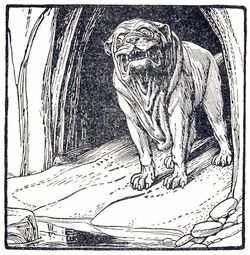 on) and then waits. It usually comes, drawn by the entrancing odor of hopeful ideas. Some days it only comes as far as the edge of the clearing, relieves itself and disappears again. Other days it darts across to the waiting writer, bites him and then turns tail.

"There may be a stretch of weeks or months when it doesn't come at all; this is called writer's block. Some writers in the throes of writer's block think their muses have died, but I don't think that happens often; I think what happens is that the writers themselves sow the edges of their clearing with poison bait to keep their muses away, often without knowing they are doing it. This may explain the extraordinarily long pause between Joseph Heller's classic novel Catch-22 and the follow-up, years later. That was called Something Happened. I always thought that what happened was Mr. Heller finally cleared away the muse repellant around his particular clearing in the woods. 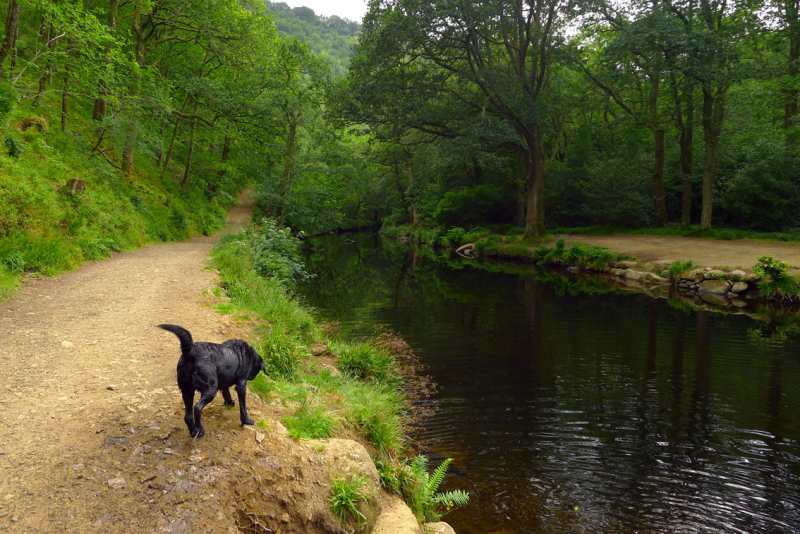 "On good days, that creature comes out of the thickets and sits for a while, there in one's writing place. If one is in another place, it usually comes there (often under duress; most writers find their muses do not travel particularly well, although Truman Capote said his enjoyed motel rooms). And it gives. Some days it gives a little. Some days it gives a lot. Most days it gives just enough. During the year it took to compose my latest novel, mine was extraordinarily generous, and I am grateful. 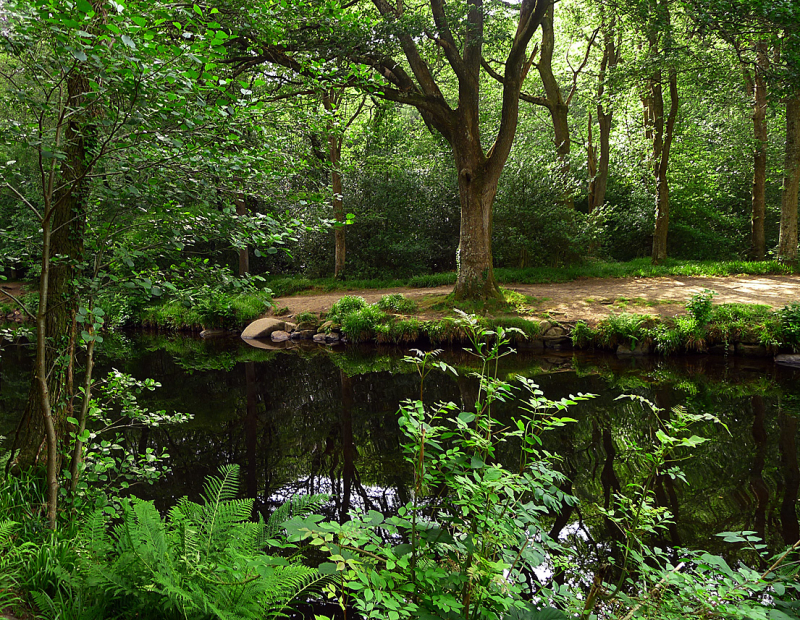 "Okay, that's the lyric version, so sue me. You'd lose. It's not untrue, just lyrical. It's told as if the writing were separate from the writer. It's probably not, but it often feels that way; it feels as if the process is happening on two separate levels at the same time. On one, at this very moment, I'm just sitting in a room I call my writing room. It's filled with books I love. There's a Western-motif rug on the floor. Outside is the garden. I can see my wife's daylilies. The air conditioner is soft, soft -- white noise, almost. Downstairs, my oldest grandson is coloring, and cupboards are opening and closing. I can smell gingerbread. Laura Cantrell is on the iTunes, singing 'Wasted.' 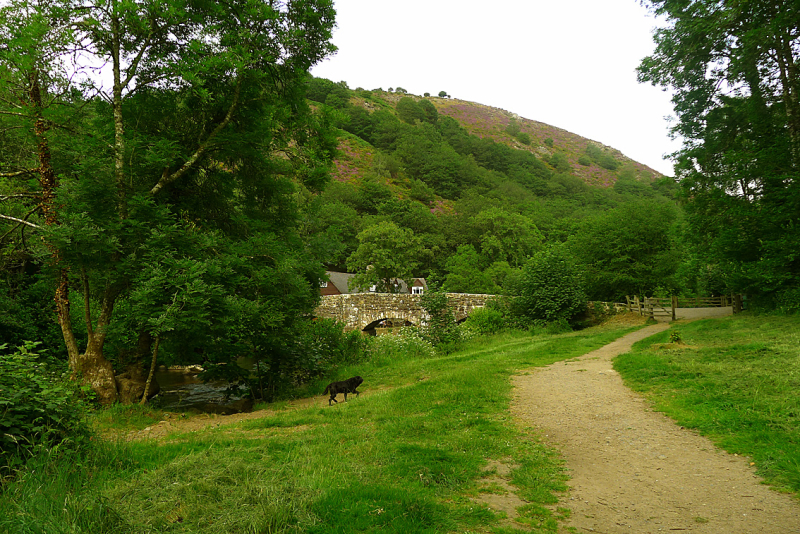 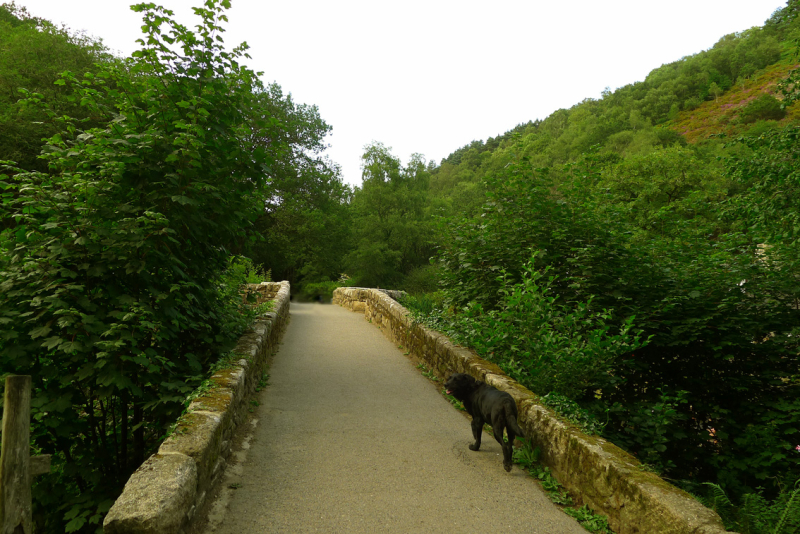 "This is the room, but it's also the clearing. My muse is here. It's a she. Scruffy little mutt has been around for years, and how I love her, fleas and all. She gives me the words. She is not used to being regarded so directly, but she still gives me the words. She is doing it now. That's the other level, and that's the mystery. Everything in your head kicks up a notch, and the words rise naturally to fill their places. If it's a story, you find the scene and the texture in the scene. That first level -- the world of my room, my books, my rug, the smell of the gingerbread -- fades even more. This is a real thing I'm talking about, not a romanticization. As someone who has written with chronic pain, I can tell you that when it's good, it's better than the best pill.

"But there's no shortcut to getting there. You can build yourself the world's most wonderful writer's studio, load it up with state-of-the-art computer equipment, and nothing will happen unless you've put in your time in that clearing, waiting for Scruffy to come and sit by your leg. Or bite it and run away." 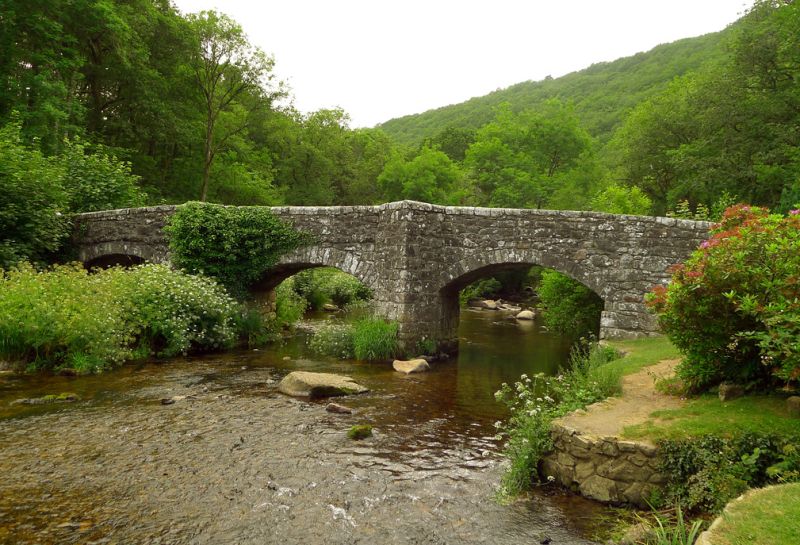 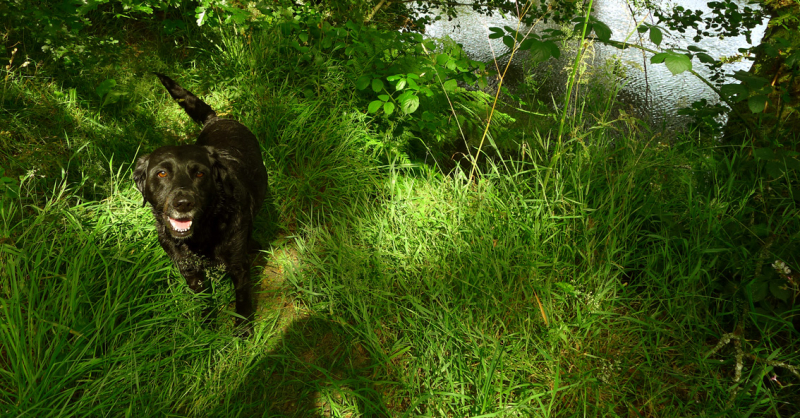 I shouldn't be thinking of daemons the way I did ever again.

This is marvelous, and YES. I have felt as if I were simply taking dictation, watching a story or scene unfold and writing it down. No, not watching...being IN the scene, smelling the woodsmoke, feeling the cool earth under my bum...

I need to visit that place again, before my muse gives up on me entirely!

Very good and loved the photographs.

There is some chocolate waiting
by the fire, some tea,
half a poem.

If you come for comfort,
it is here,
perspiration, too.

But that small gift you bring,
sometimes a single word,
a scent, a line of an old song,

the single shock
of rose bay willow herb
in full and honest bloom.

Once you showed me
a slip of a silver minnow
in the bow of your sleeve.

I expect the unexpected,
count on it, that silver nudge,
that pink thrust of an idea,

or the sleepy edge of a novel
that I may take a year or more
to understand.

I thank you for your gifts,
My own back to you seem feeble,
febrile in comparison.

But I give you my attention,
hard work, and credit you
in the dedications always

though that is written
in invisible ink
so just the two of us know.

I think King really nails it.

Beautiful images and reminders wrapped me in daemon scents.
And to Jane: the poem passed Magic to me like a flame bringing lemon juice it's inkiness!

I love King's perspective. He nailed it. As I love Elizabeth Gilbert's in Big Magic. The story about how ideas just hop over to other people, when you don't give them the attention they need.

Ah, the chocolate and tea part! Love it.

I have always known I wasn't alone. This confirms it.

The title made me think of the book 'Feeding Your Demons' by Tsultrim Allione.

Anyone read that or tried the exercise?

It's like an old Tibetan version of Jungian shadow work. I've found it immensely helpful in befriending neglected demons.

Can I just say, I love the Finnish landscape, but your photos make me want to pull up stakes and move to Dartmoor, pronto.

i am a big fan of norse land and norse mythology so thanks for all these pictures !
lets check my work and photography here : http://viking-store.com