The stories we live
Wild Neighbours: the folklore of animals 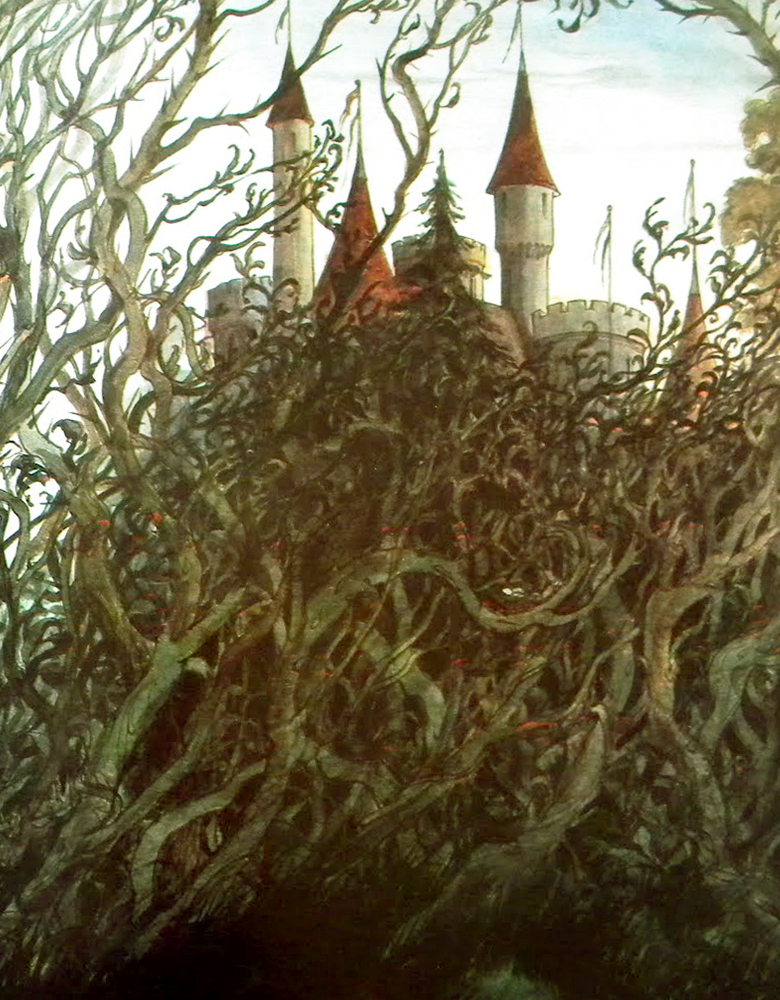 From "The Wilderness Within" by Ursula K. Le Guin:

"I have absolutely no idea when I first read or heard the tale of Sleeping Beauty. I don't even remember (as I do for some stories) the illustrations, or the language, of a certain edition. I certainly read it for myself as a child in several collections, and again in various forms when I was reading aloud to my own children. One of those versions was a charming Czech-made book, an early example of the pop-up genre; it was good magic, the way the thorny rose-hedge leapt up around the paper castle. And at the end everybody in the castle woke, just as they ought to do, and got right up off the page. But when did I first learn that that was what they ought to do? 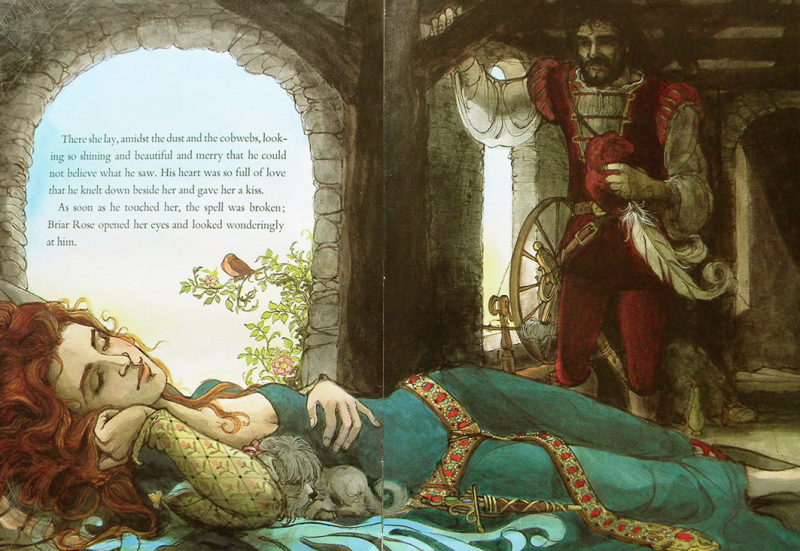 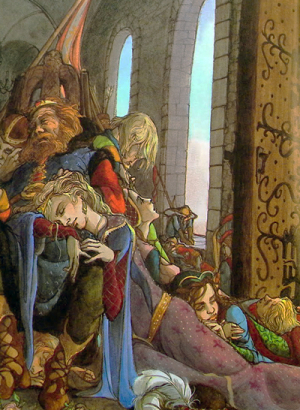 "The Sleeping Beauty is one of those stories that I've 'always known,' just as it's one of those stories 'we all know.' I wasn't aware that it held any particular meaning or fascination for me until, along in my sixties, I came on Sylvia Townsend Warner's evocation of the tale in a tiny poem (it is in her Collected Poems):

The Sleeping Beauty woke:
The spit began to turn,
The woodman cleared the brake,
The gardener mowed the lawn.
Woe's me! And must one kiss
Revoke the silent house, the birdsong
wilderness?

"As poetry will do, those words took me far beyond themselves, straight through the hedge of thorns, into the secret place. For all its sweet brevity, the question asked in the last two lines is a total 'revisioning' of the story, a subversion of it. Almost, it revokes it. 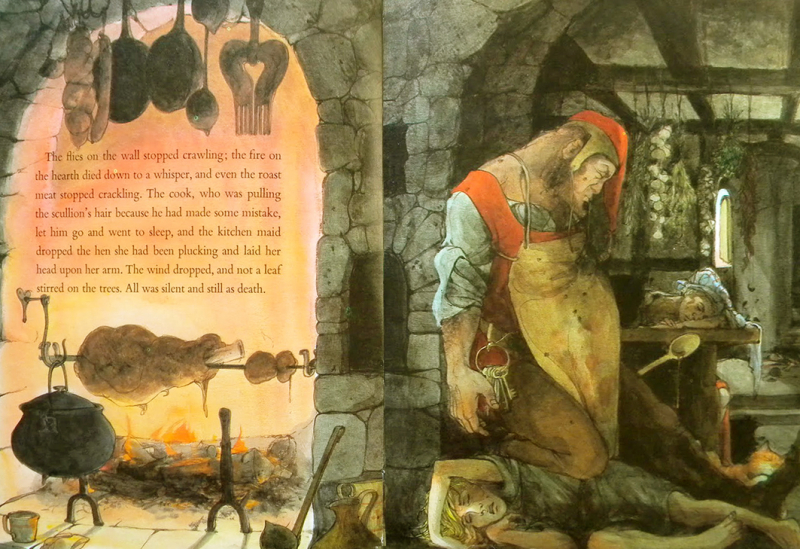 "The pall of sleep that lies upon the house and grounds is supposedly the effect of a malicious spell, a curse; the prince's kiss that breaks the spell is supposed to provide a happy ending. Townsend Warner asks, was it a curse, after all? The thorn-hedge broken, the cooks growling at their cook-pots, the peasants laboring again at their sowing or harvesting, the cat leaping upon the mouse, Father yawning and scratching his head, Mother jumping up sure the servants haven't been misbehaving while she was asleep, Beauty staring in some confusion at the smiling young man who is going to carry her off and make her a wife -- everything back to normal, everyday, commonplace, ordinary life. The silence, the peace, the magic, gone. 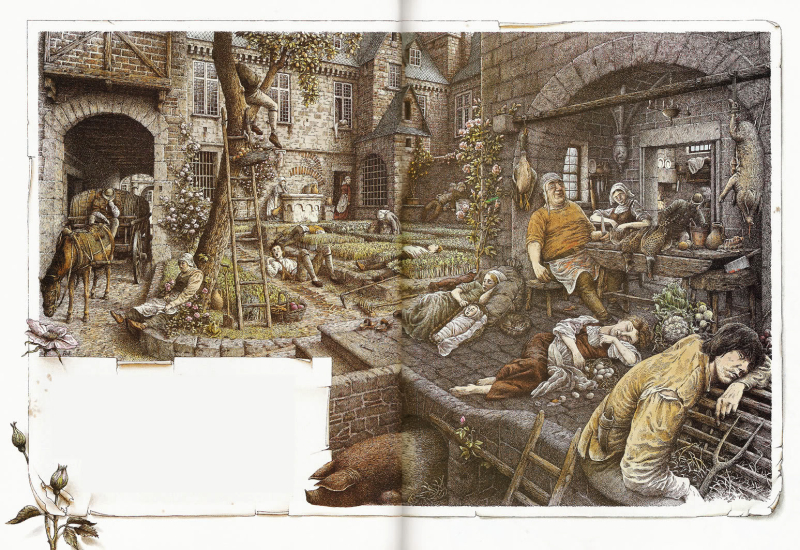 "Really, it is a grand, deep question the poet asks. It takes me into the story as no Freudian or Jungian or Bettleheimian reduction of it does. It lets me see what I think the story is about.

"I think the story is about that still center: 'the silent house, the birdsong wilderness.' 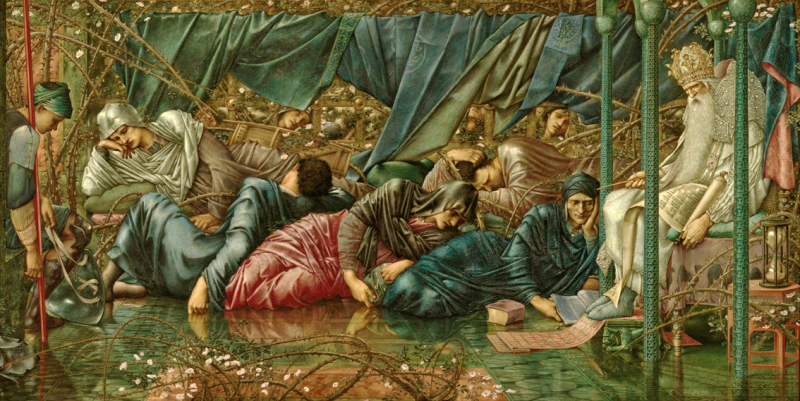 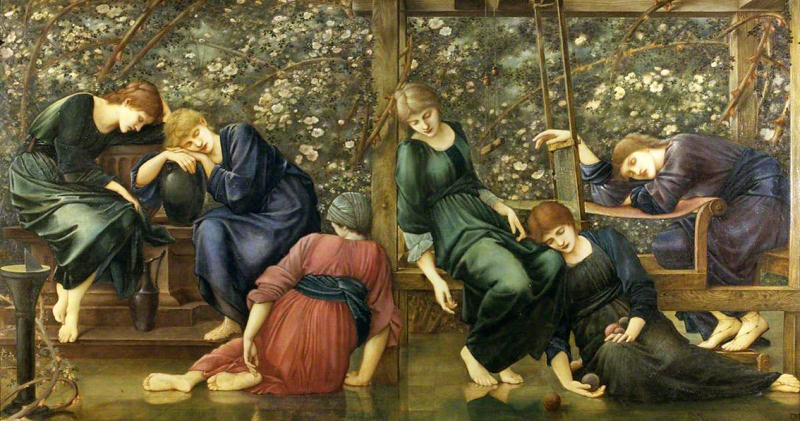 "That is the image we retain. The unmoving smoke about the chimney top. The spindle fallen from the motionless hand. The cat asleep near the sleeping mouse. No noise, no bustle, no busyness. Utter peace. Nothing moving but the slow, subtle growth of the thorn bushes, ever thicker and higher all about the boundary, and the birds who fly over the high hedge, singing, and pass on. It is the secret garden; it is Eden; it is the dream of utter, sunlit safety; it is the changeless kingdom. 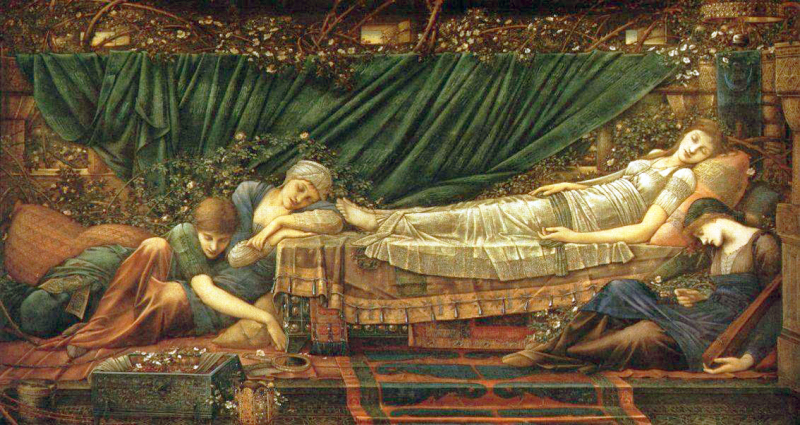 "Childhood, yes. Celibacy, virginity, yes. A glimpse of adolescence: the place hidden in the heart and mind of a girl of twelve or fifteen. There she is alone, all by herself, content, and nobody knows her. She is thinking: Don't wake me. Don't know me. Let me be. At the same time she is probably shouting out the windows of other corners of her being, Here I am, do come, oh hurry up and come! And she lets her hair down and the prince comes thundering up, and they get married, and the world goes on. Which it wouldn't do if she stayed in the hidden corner and renounced love marriage childbearing motherhood and all that. 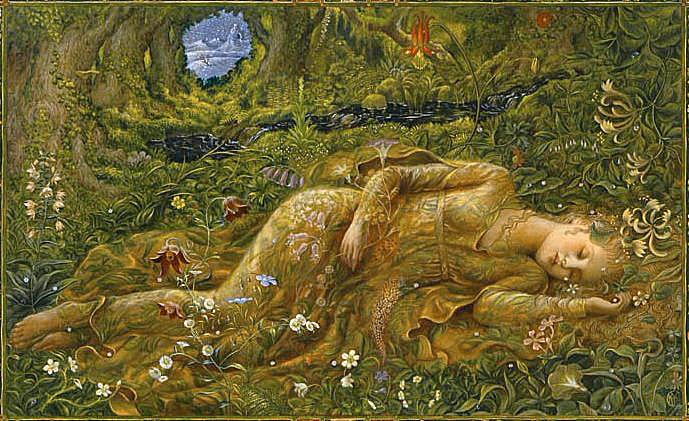 "But at least she had a little while by herself, in that house that was hers, the garden of silence. Too many Beauties never even know there is such a place." 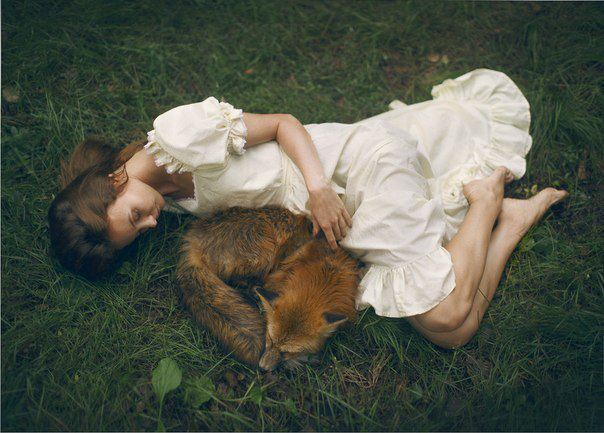 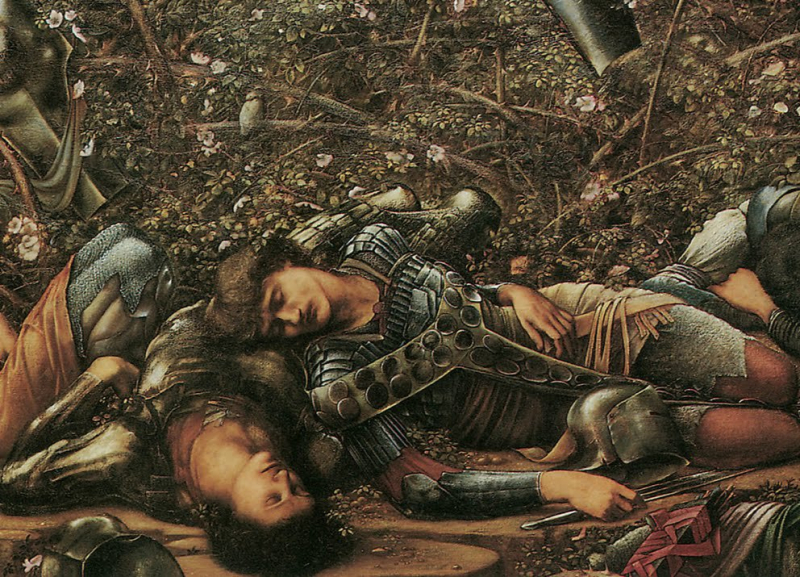 Pictures: Four Sleeping Beauty illustrations by Trina Schart Hyman and one by Roberto Innocenti, three panels from the Briar Rose series by Sir Edward Burne-Jones, "Lady in a Meadow" by Kinuko Y. Craft, "Woman & Fox" by Russian surrealist photographer Katerina Plotnikova, and a detail from Burne-Jones' Briar Rose series. Words: The passage above is from "The Wilderness Within" by Ursula K. Le Guin, first published in Mirror, Mirror on the Wall: Women Writers Explore Their Favorite Fairy Tales, Second Expanded Edition, edited by Kate Bernheimer (Anchor Books/Random House, 2002). In the essay, Le Guin goes on to discuss the ways in which her story "The Poacher" was inspired by the fairy tale and Sylvia Townsend Warner's poem.

I like the emphasis on the quiet of what's usually seen as a cursed time. Part of me wishes I'd thought of that when writing my retelling of Sleeping Beauty 😊 Gorgeous images.

It's a pity the entire human race couldn't suddenly slip into a magical sleep and allow this poor beleagured planet to heal itself (and also allow whales a longer freedom from the hunting Japanese, Norwegians and whoever else)Then perhaps a Committee of the Sensible could be the first to wake up again, and choose who else could be revivified. How refreshing to have a world free of certain politicians and types! I suppose the danger of such a thought is the fact that I could be one of those left to slumber on. But as something of an insomniac I don't think I'd mind too much, especially if I was permitted to dream.

Stuart, I would worry a bit about a totalitarian outcome if the choosing is left to humans. But what if Nature chooses who wakes and for what purposes? That would be an intriguing story.

Is Eden only Eden if it is passive, changeless?

You're right, of course, about the dangers of leaving the choosing to humans. In fact, as I write this a forthcoming item on Radio 4 is being trailered where a scientist discusses the 'Gaia Principle' in which it's believed the earth itself regulates conditions that allow the continuation of life on the planet. If this really is a genuine working principle, I think so called Home Sapien, has every reason to be alarmed as Gaia may choose to rid herself of the troublesome Naked Ape and regulate us out of existence! Is Eden only Eden if passive? Possibly. Probably?