The eye and ear are different listeners
The stories we choose

Spells and tunes for a Monday Morning 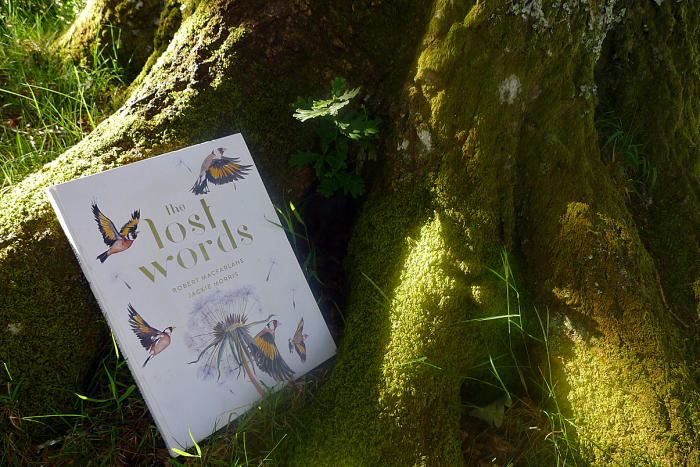 The Lost Words, a magnificent book created by Jackie Morris and Robert Macfarlane, began "as a response to the removal of everyday nature words from a widely used children’s dictionary, but then grew to become a much broader protest at the loss of the natural world around us." This beautiful volume contains twenty of Robert's poems/chants/spells entwined with Jackie's paintings of larks, acorns, otters and other wild things, conjuring the names of common animals and plants back into our language.

In the Waterstones interview above, Robert talks about the magical power of words, and of a collaborative process not only between writer and artist but also with the land itself.

Below, Jackie summons otters from a blank white page while reciting Robert's words. The video was filmed in her studio on the wild coast of Wales.

Spell Songs is a companion project in which eight fine folk musicians (Karine Polwart, Julie Fowlis, Seckou Keita, Kris Drever, Kerry Andrew, Rachel Newton, Beth Porter, and Jim Molyneux) were invited to create new songs inspired by The Lost Words. The project began with a residency in the Herefordshire countryside in January; the songs were taken on tour in February; and the music is now being released as an album, followed by more performances -- including the BBC Proms. 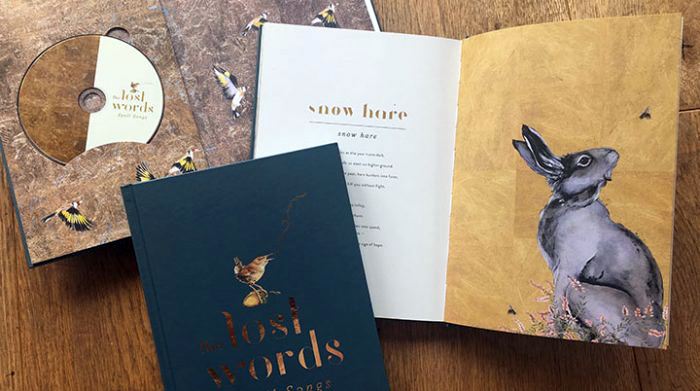 Above: The Snow Hare, from Spell Songs. "The mountain hare, or snow hare, the only truly Arctic animal of Scotland, is under threat due to rapid ecological shifts. A creature that has evolved winter camouflage becomes immensely vulnerable when the snows don’t come as they used to. This song, led by Julie Fowlis and Karine Polwart, speaks to that fragility."

Below: Selkie-Boy. "Tales of the seal people are a big part of Hebridean folklore, especially in North Uist, Julie Fowlis's home island. Her fascination with these stories, of Norse royalty, enchantment, separation and isolation, led Robert to gift her with a new spell, Grey Seal. 'I began the selkie song thinking it was a drowning song,' he says, 'but by the time I'd added the final verses realised it needed to be, like the selkies themselves, neither quite one thing or the other, neither drowning nor dreaming, seal or human, land or sea, elegy or eulogy, and how it was taken would depend on how it swam into the mind of the listener.' " 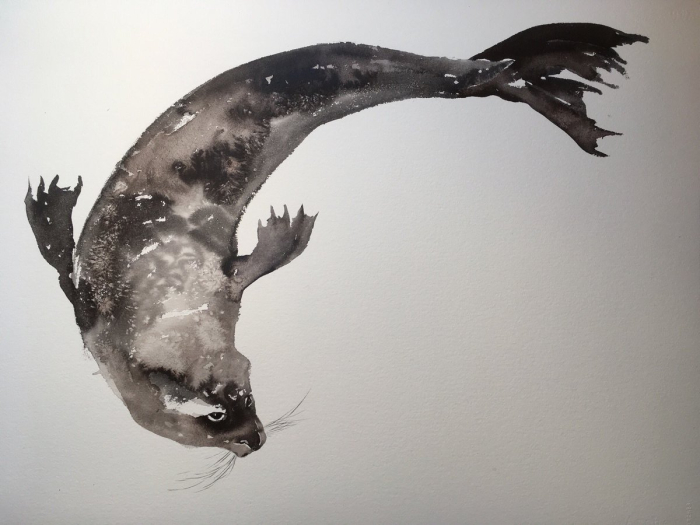 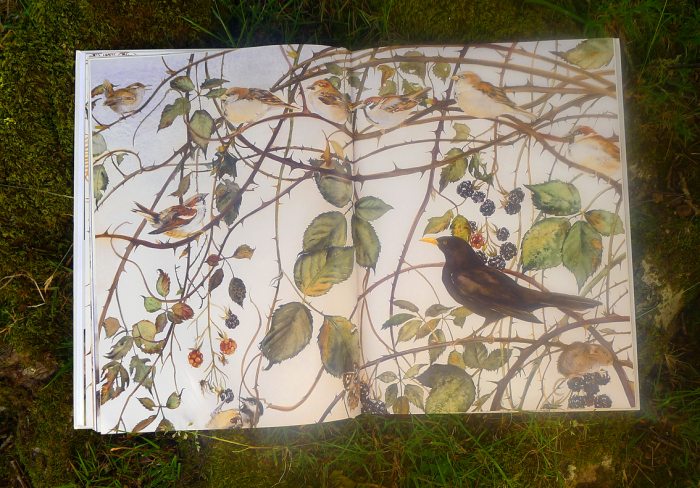 Above: Charm on, Goldfinch. Beth Porter, who composed this song, was inspired "by her walks in Wigtown along the Martyrs’ Stake, where she often saw goldfinches along the path and in the trees, and by the end to Robert's new Goldfinch Spell, which forms the chorus: Charm on Goldfinch, charm on Heaven help us when all your gold is gone."

Below: My favourite of the songs, The Lost Blessing. "Karine Polwart suggested the idea of a blessing borrowing images and phrases from many of the Lost Words spells  (Bluebell, Dandelion, Fern, Heather, Heron, Kingfisher, Lark, Otter, Raven and Starling), as well as from new spells (Goldfinch and Grey Seal). The form is inspired by blessings in Scottish Gaelic, particularly from a beautiful collection of charms and incantations called Carmina Gadelica."

The album can be ordered here. To learn more about the book, go here. 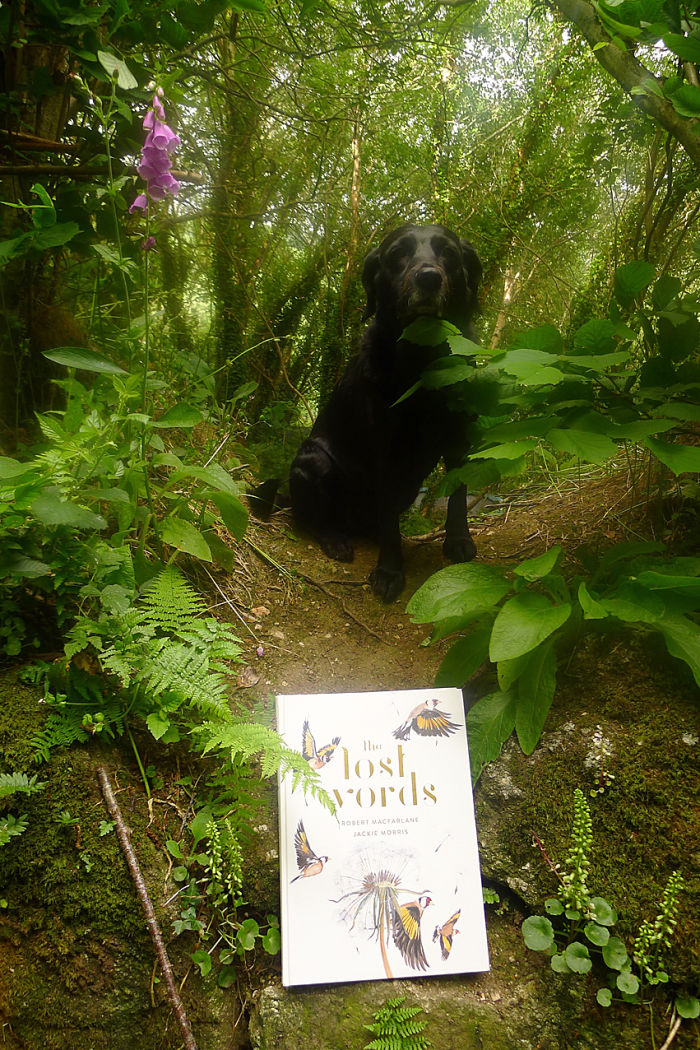 Related posts:  Making friends with monsters & other advice for artists and The wild sky.

Amazing and so lovely.I must get this for my poetry group at the library.Thanks for posting

Oh, mine arrived last week and it is utterly gorgeous...and heartbreaking at the same time. So much being lost, I feel like these songs are requiems, or may become so.

I've been following Jackie Morris' blog for several years, as all this was happening. Your post is a very nice compilation of what it was all about. Thanks.

I am spellbound by the work and the heart drawn art of Jackie Morris ... inspired to fund peace in deep, or shallow patched pockets. Was here on my blog that my imagination was informed. I am wyrder and thread through with the Magic

That pile be 'your' blog that funded ...

I immediately ordered the book after reading this. It arrived on my doorstep today, 10 July. I have just finished my first reading and cannot wait for my grandsons to arrive for their sleep over tonight so we can read it together. Such a beautiful book! I cannot thank you enough for the recommendation.