Retelling Beauty & the Beast
The strange history of Snow White

The stuff that dreams are made of 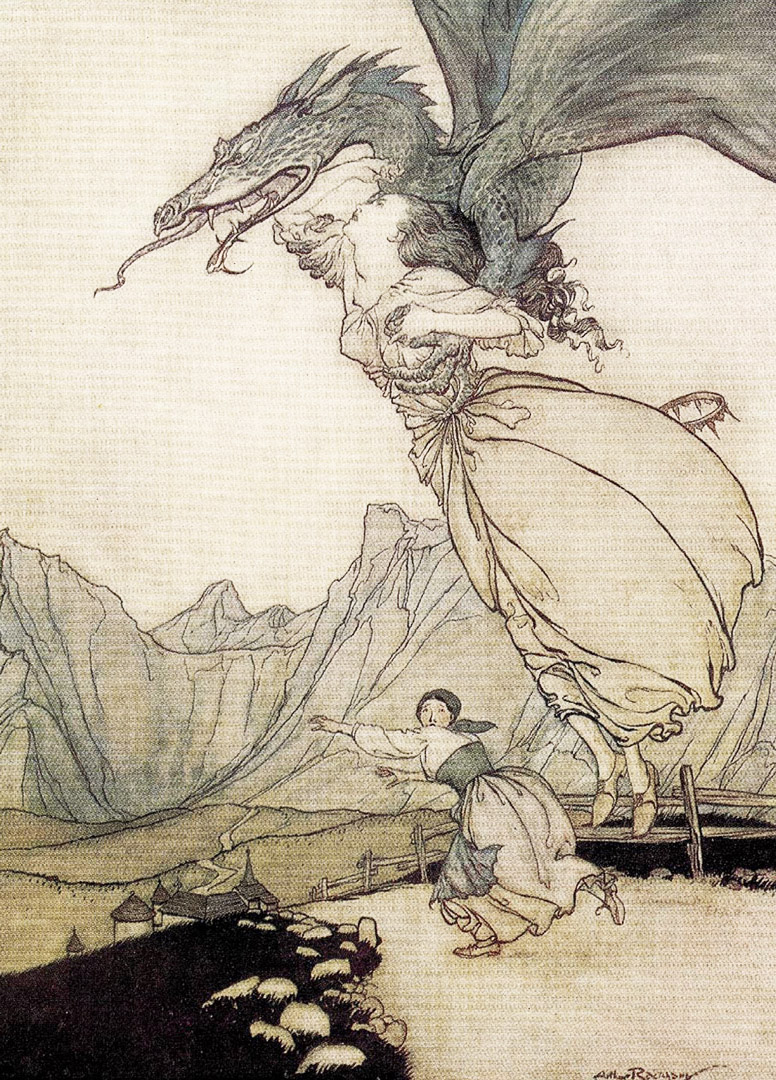 Today, one last passage passage from Jane Yolen's seminal book Touch Magic: Fantasy, Faerie & Folklore in the Literature of Chilhood, which no folklore library should be without. The art, of course, is by the great Golden Age book illustrator Arthur Rackham.

"Though we are just now finding out that the dinosaur was probably a warm-blooded beast and not the cold-blooded lizard of the textbooks," Jane writes, "we have never been in doubt about dragons. We know, even without being told, that they were born, nourished, kept alive by human blood and heart and mind. They never were -- but always will be. It was Kenneth Grahaeme who wrote: 'The dragon is a more enduring animal than a pterodactyl. I have never yet met anyone who really believed in pterodactyls; but every honest person believes in dragons -- down in the back-kitchen of his consciousness.'

"Dragons and pterodactyls, actuality has nothing to do with Truth. "Throughout the 19th century, there was a great deal of speculation about fairies. One group of anthropologists and folklorists held that there really had been a race of diminutive prehistoric people who had been driven underground by successive invasions. These 'little folk,' who were really the size of pygmies, supposedly lived for years in communities in caves and burrows, in warrens and tunnels and in the deepest, darkest parts of the forest where, in brown-and-green camoflage, they stayed apart from their enemies. Kidnappings and mysterious disappearances were all attributed to them. These hardy guerrillas of a defeated culture became, in the folk mind, the elves and gnomes and trolls of the British Isles. There were even archeologists wo were convinced they had discovered rooms underground in the Orkney Islands that resembled the Elfland in the popular ballad Child Rowland. (And, similarly, other folk stories might have emerged by a misunderstanding of the weirs and dikes used by the Romans for their household baths.) 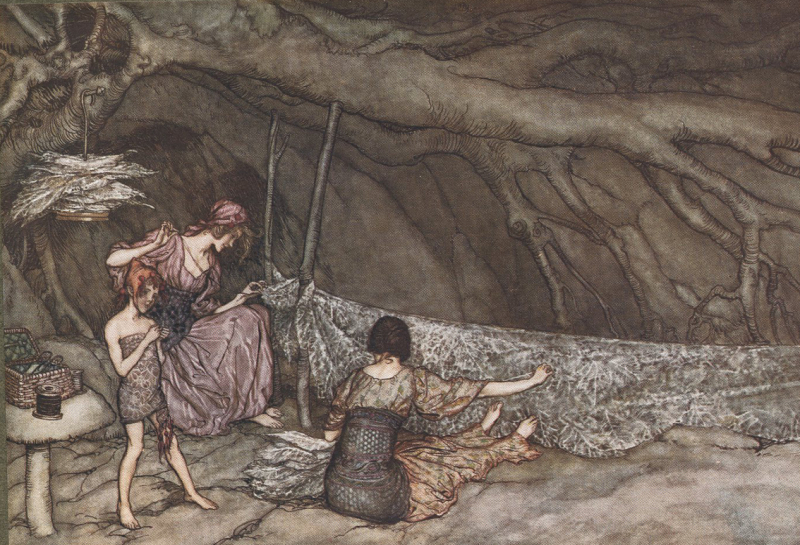 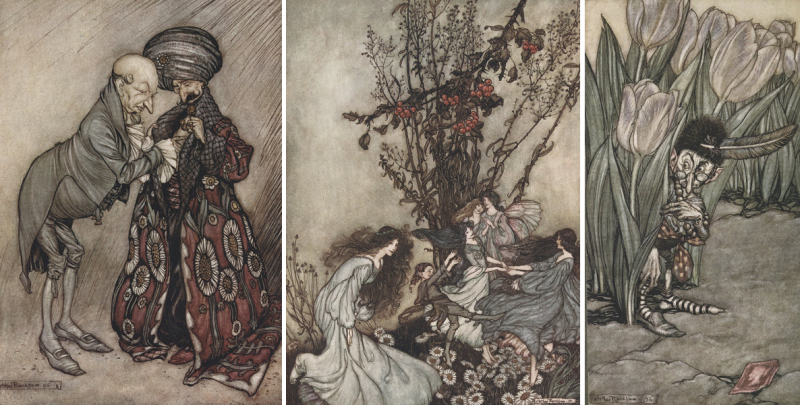 "It is a very seductive thesis, but it really begs the question. For even if we do conclusively prove that the Picts or Celts or some other smaller-than-average race are the actual precursors of the fairy folk, it will not really change a thing about those wonderful stories. The tales of Elfland do not stand or fall on their actuality but on their truthfulness, their speaking to the human condition, the longings we have for the Faerie Other. Those are the tales that touch our longing for the better, brighter world; our shared myths, our shaped dreams. The fears and longings within each of us that helped us create Heaven and Elysium, Valhalla and Tir nan og. 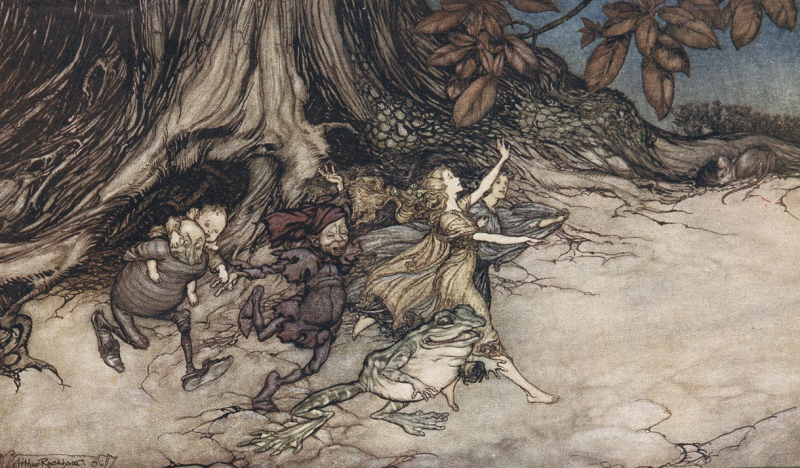 "This is the stuff that dreams are made of. Not the smaller dreams that you and I have each night, rehearsals of things to come, anticipation or dread turned into murky symbols, pastiches of traumas just passed. These are the larger dreams of humankind, a patchwork of all the smaller dreams stitched together by time. 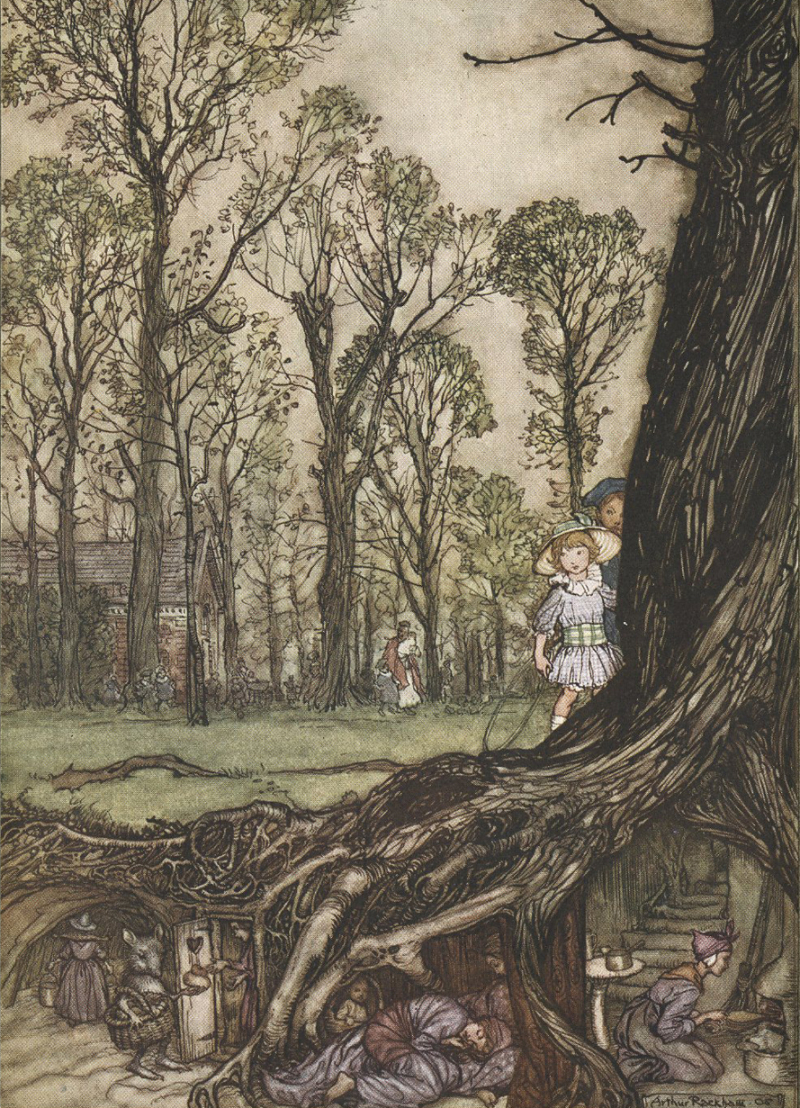 "The best of the stories we can give our children, whether they are stories that have been kept alive through the centuries by that mouth-to-mouth resuscitation we call oral transmission, or the tales that were made up only yesterday -- the best of these stories touch that larger dream, that greater vision, that infinite unknowing. They are the most potent kind of magic, these tales, for they catch a glimpse of the soul beneath the skin." 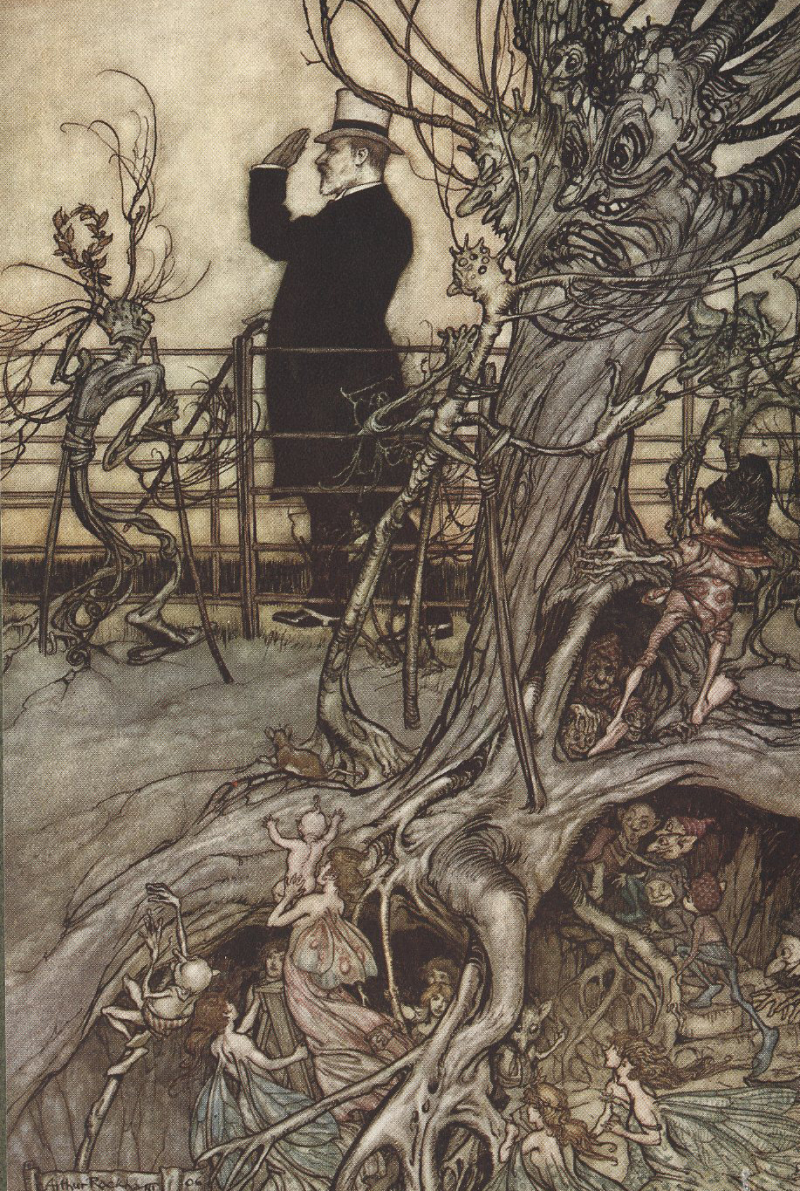 Words: The passage above is from the title esssay in Touch Magic by Jane Yolen (Philomel, 2981; August House, 2000). The poem in the picture captions, also by Jane, was first published in The National Storytelling Journal (Winter 1987). All rights to the text and art are reserved by the author and the Rackham estate.

Related reading: Jane Yolen on children and tough magic, Alison Hawthorne Deming on dragons, and me on fairies in legend, lore, and literature.

WE were talking about this at our Poetry group yesterday.Very interesting.

Please you let me know the name of the Rackham image that sits under the sentence "The fears and longings within each of us that helped us create Heaven and Elysium, Valhalla and Tir nan og." The image with the frog.