On art and silence
Show time 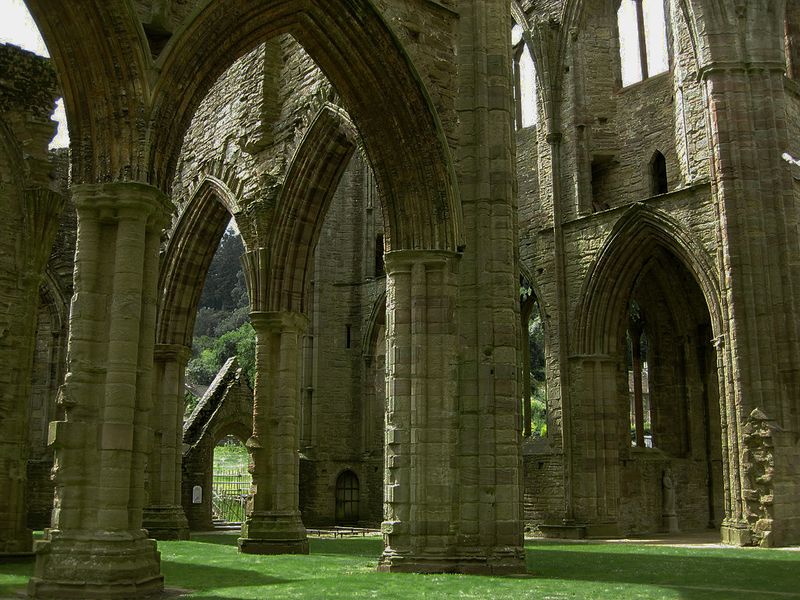 From Keeping the Faith Without a Religion by Roger Housden:

"It seems to me that a materialist view of the universe is reductionist. It makes every kind of experience subservient to the laws of matter. It applies the tenets of the known to the mystery of why we are here at all.  It chases away not only the old gods and spirits and half heard whispers in the night; it chases away the mystery of life and being itself. For a materialist, there can be no mystery that will not eventually be made clear in the light of reason and critical intelligence.

"Ultimately, what is in danger of being excluded from the cultural conversation is not the old gods, but the quality of imagination that gave birth to them; an imagination that sees and feels humanity to be part of a living, breathing world with an intelligence that we will never fathom; full of 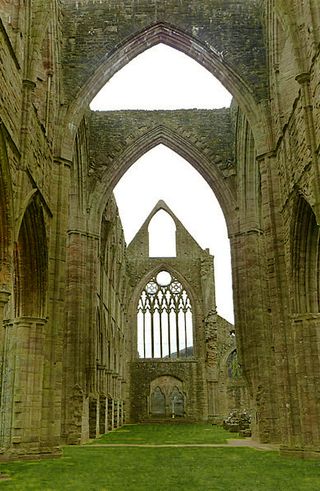 presences and qualities that our ancestors gave names to, but that live on as always even as their names have fallen away. William Wordsworth gives voice to this imaginative faculty in this excerpt from his poem, 'Lines Composed a Few Miles Above Tintern Abbey':

And I have felt
A presence that disturbs me with the joy
Of elevated thoughts; a sense sublime
Of something far more deeply interfused,
Whose dwelling is the light of the setting suns,
And the round ocean and the living air,
And the blue sky, and in the mind of man:
A motion and a spirit, that impels
All thinking things, all objects of thought,
And rolls through all things." 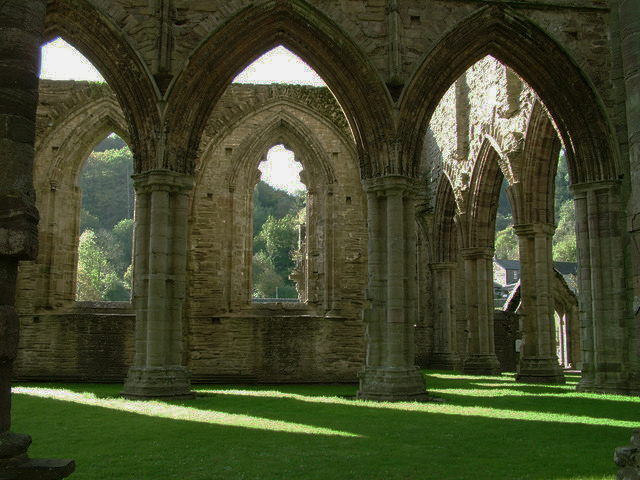 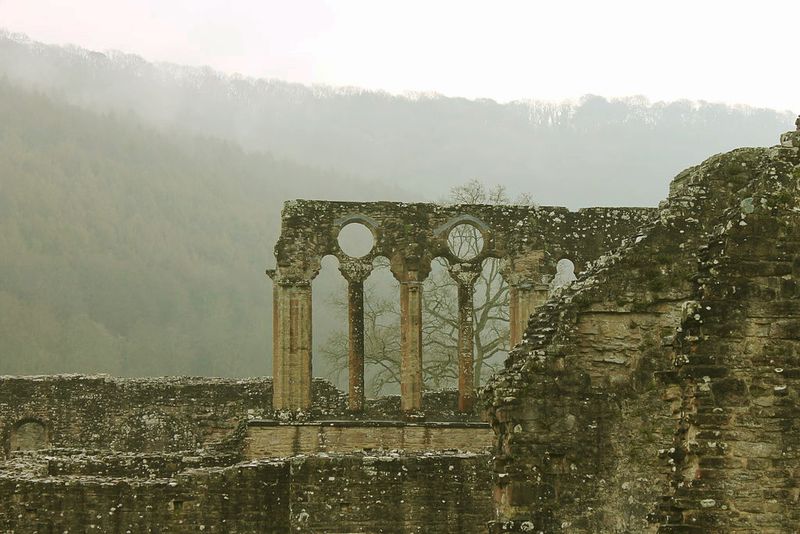 The beautiful bones of Tintern Abbey (pictured here) rise from the banks of the River Wye on Welsh side of the English-Welsh border. The abbey was founded in 1131 for the White Monks of the Cistercian Order, followers of the Rule of St. Benedict, whose silent and austere way of life was devoted to prayer, scholarship, agricultural labor and self-sufficiency.

"Why does the soul love silence?" asks Parker J. Palmer in A Hidden Wholeness. Palmer is a Quaker, a group for whom silence is also an important part of communal prayer. "The deepest answer I know invokes the mystery of where we came from and where we are headed. At birth, we emerged from the Great Silence into a world that constrains the soul; at death we return to the Great Silence where the soul is once again free. 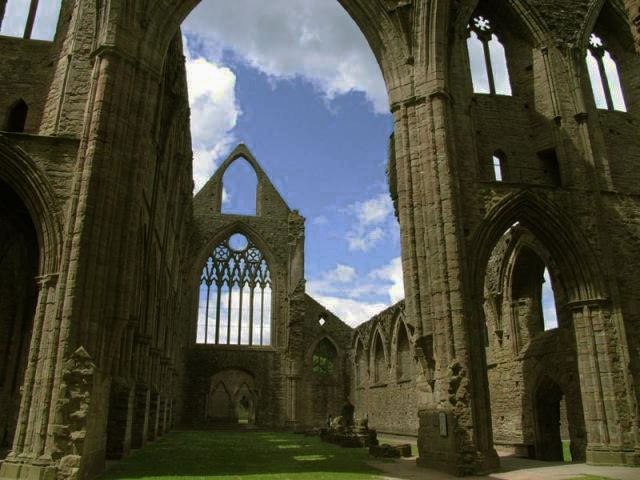 "Our culture is so fearful of the silence of death," writes Parker, "that it worships noise nonstop. In the midst of all that noise, small silences can help us become more comfortable with the Great Silence toward which we are all headed. Small silences bring us 'little deaths,' which, to our surprise, turn out to be deeply fulfilling. For example, as we settle into silence, where our posturing and pushing must cease, we may experience a temporary death of the ego, of that separate sense of self we spend so much time cultivating. But this 'little death,' instead of frightening us, makes us feel more at peace and more at home. 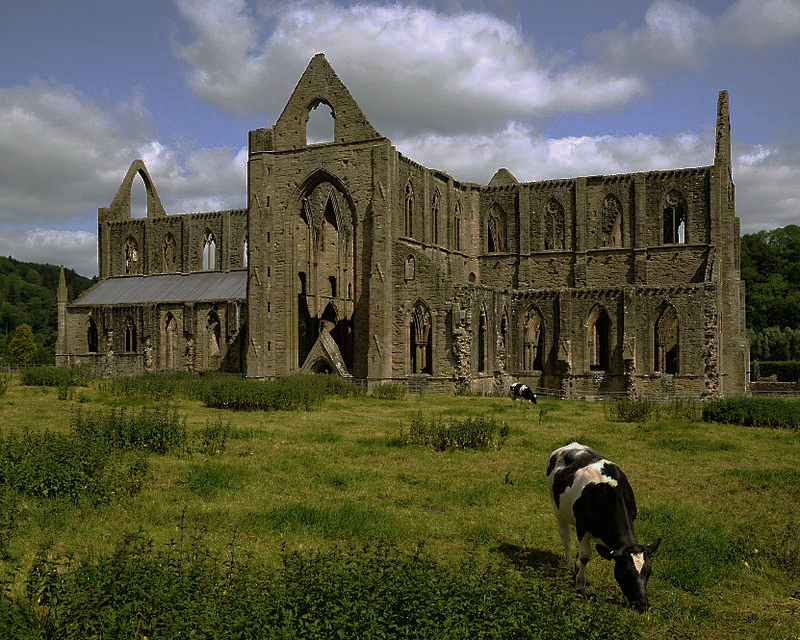 "The Rule of St. Benedict, that ancient guide to the monastic life, includes the admonition to 'keep death before one's eyes daily.' As a young man I found this advice a bit morbid. But the older I get, the more I understand how life-giving this practice can be. As I settle into silence, I draw closer to my own soul, touching a place within me that knows no fear of dying. And the little deaths I experience in silence deepen my appreciation for life -- for the light suffusing the room as I write, for the breeze coming in through the window.

"So silence brings not only little deaths but also little births -- small awakenings to beauty, to vitality, to hope, to life. In silence we may start to intuit that birth and death have much in common. We came from the Great Silence without fear into this world of noise. Perhaps we can return without fear as well, crossing back over knowing that the Great Silence is our first and final home." 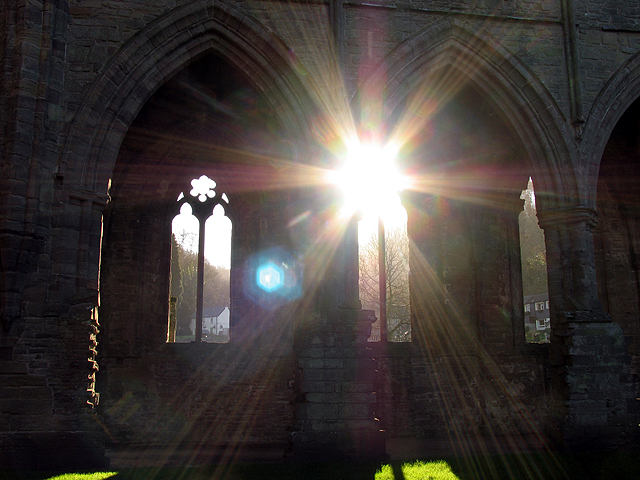 Words: The passages quoted above are from Keeping the Faith Without a Religion by Roger Housden (Sounds True Publishing, 2014) and A Hidden Wholeness: The Journey Toward an Undivided Life by Parker Palmer (Josey-Bass Publishing, 2009). All rights reserved by the authors. Pictures: The photographs are identified in the picture captions. (Run your cursor over the images to see them.)

in From the archives, In praise of slowness | Permalink | Comments (9)

really helpful.I think That Wordsworth was visionary when he wrote this.Interesting also that he was writing in a time of fear and change.I for one need that silence now.Thanks Terri.

I remember a winter's afternoon and a comfortable lethargy that settled over me. Against all I normally allow in my routine I went to bed, and in the deep silence and peace just before sleep I suddenly thought this could be a kind of death, a kind death in which a quiet retreat from physical life is permitted. No fear; no pain just an outflowing of self into something greater. Like a bright and fast-flowing stream meeting the ocean and peacefully losing itself in that widest of wide waters. I could wish that meeting and losing for all of us.

As someone that lives a spiritual life without traditional Christian faith, silence is an important part of worship/ritual/belief for me. I think silence can be more than a lack of noise, especially now. Silence can extend to a lack of an online voice or lack of presence in the world. To retreat into silence is a great and powerful thing to do!

Wonderful blog and post. The problem for the materialist is that they can't explain the most important thing there is: consciousness. Unlike everything else in science, it's not publicly observable, even though it's always correlated with observable things. They look for a "mechanism", but there is no mechanism for generating unobservable properties. Leibniz understood this 350 years ago, but modern materialists seem to have forgotten it, so some resort to calling consciousness an "illusion". For them, it can't exist. For the rest of us, it is everything.

I adore Tintern Abbey - and Wordsworth's poem (the lines you quoted especially). A wonderful post, thank you!

Such an uplifting post, Terri! This draws me back into Mystery, which our souls long for. As Lorca said, "Only mystery enables us to live, only mystery."
Tears falling silently, joyfully. Bright blessings to you, dear one!

This post simply haunts me with utter beauty and enchantment. I adore Wordsworth's poem and these pictures of the abbey. Breathtaking in every sense of the word . Thank you so much for sharing these. They truly uplift , inspire and brighten the day.

Recently, here in the high desert, I saw a magnificent sight that left me awestruck, the silence of wonder and reflection combining to make me humbler and more grateful for the beautiful gifts this landscape has to offer. We've been overtaken these last few months by incredibly hot temps, near furnace strength, and a haze settling over the skies but one day it cleared to a translucent blue with a white host of clouds sprawling on the horizon. It reminded me of a grove of petal blossoming trees. A few birds flew through this formation and stood there watching, absorbed in a sacred quietude.

Birds fly through a grove
of white clouds
carrying secrets
of the ocean and hills, the sudden
silence of afternoon.

My own breath takes flight
following them
with unborn words
that will echo in the evening light
as a poem or prayer.

I started writing a comment, but it got out of hand and became a post of its own, over here: https://lunarhine.blogspot.com/2019/08/on-hens-and-enlightenment.html.

Apparently not, but in fact, here: https://lunarhine.blogspot.com/2019/08/on-hens-and-enlightenment.html