Stories in the woods
That's the way to do it: Punch & Judy 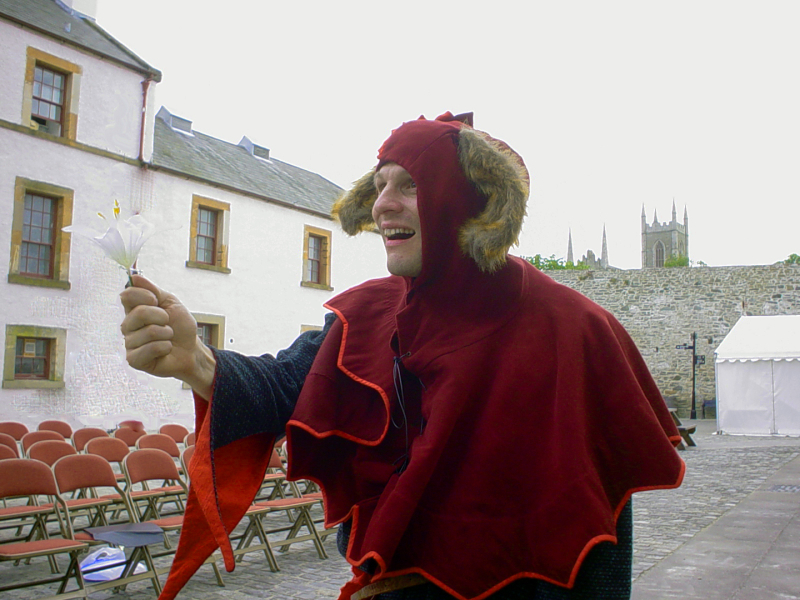 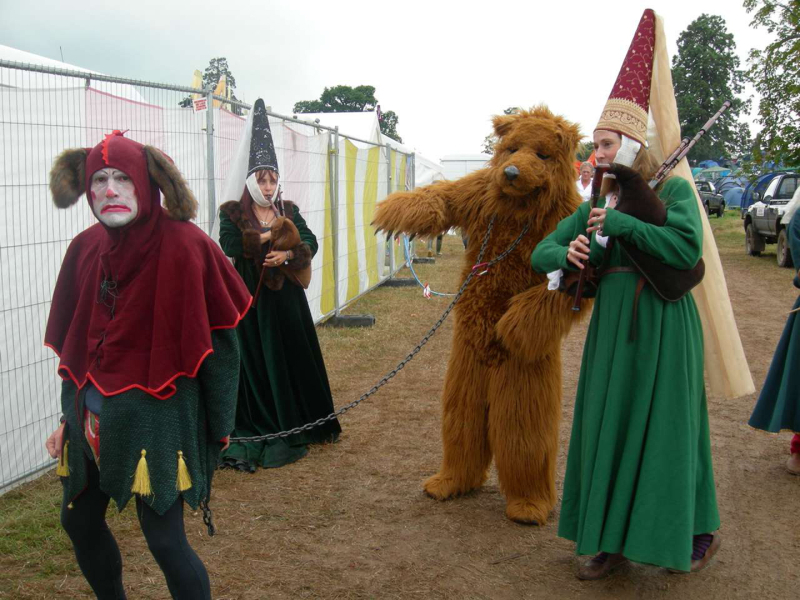 My husband, Howard, a theatre director and performer, is about to embark on a year-long Journey into the Heart of the Fool -- via the Nomadic Academy of Fooling (NOA), led by the extraordinary Jonathan Kay. In order to achieve this, we've set up a fund-raising page to help cover the NOA tuition cost, and I hope, dear readers, that some of you might consider contributing. Even the smallest donation will help to get this creative, kind, and lovely man on the road to making magic.

The GoFundMe page is here.

In the video below, filmed in my studio, Howard and I discuss fooling, clowning, Commedia, and a particularly fateful trip to Arizona. A certain hound makes a cameo appearance at the end...and also contributes enthusiastic water-slurping noises in the middle, bless her. 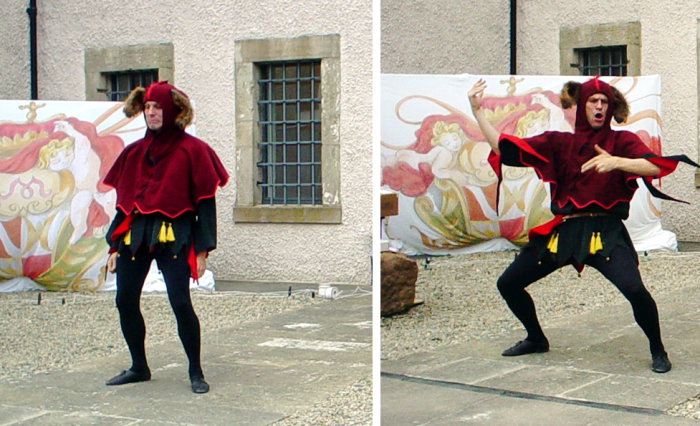 In the spirit of nonsense and foolery, here is some further reading on the subject of tricksters, transgressors, and clowns:

Shaking Up the World: Trickster Tales by me (with a recommended reading list)

Transgression: a conversation on the subject of tricksters & transgressors

Dare to be Foolish: because all artists need to be fools sometimes

Also, if you're feeling very brave, here's a video clip of the Grey Gnomes, some deucedly odd little characters found infesting Howard's studio a few years ago. Don't worry, we've had the fumigators in since then and they haven't dared to come back.... 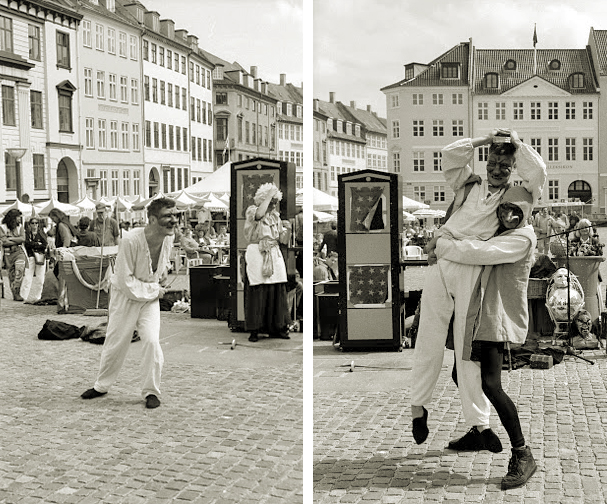 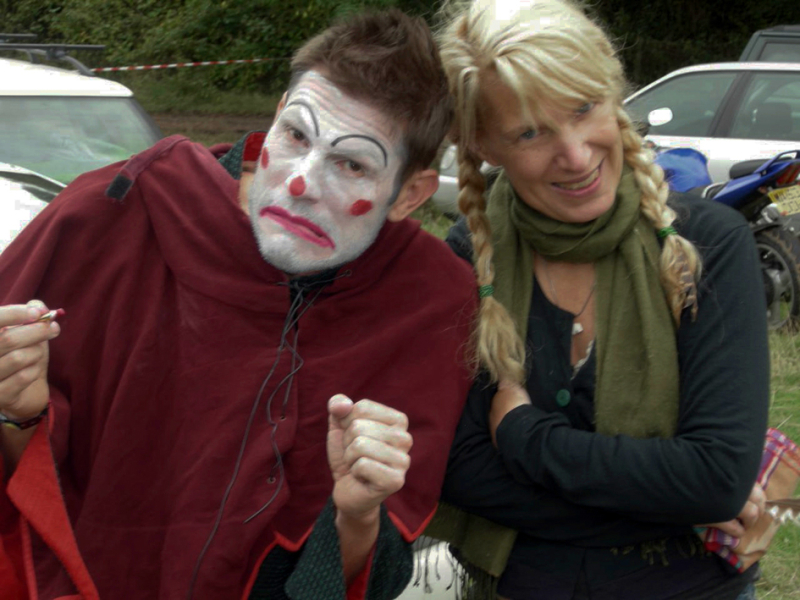 And of course, any help you can give us in passing on news of the fundraiser would be very, very appreciated by our whole foolish family. 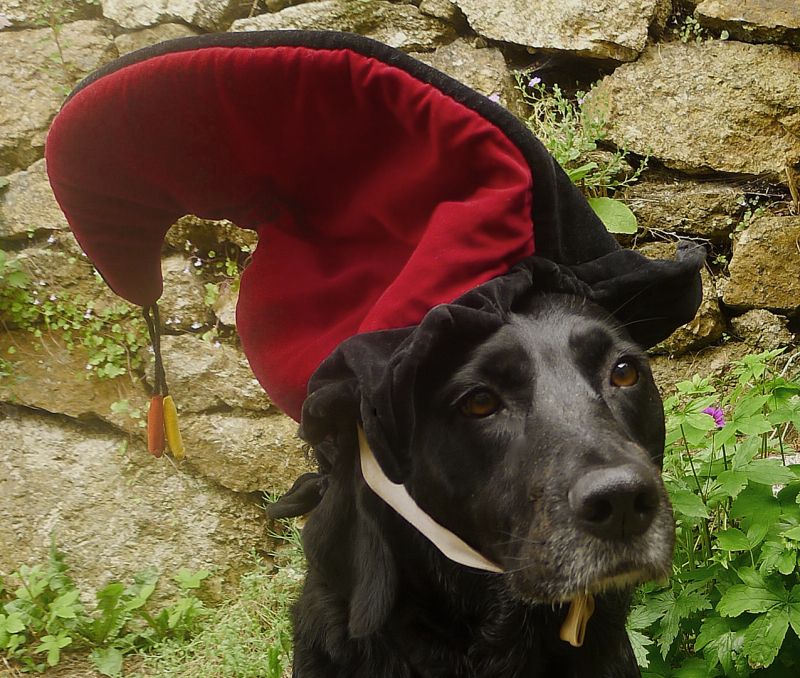 The colour photographs above (except for the last one) are from Howard's work with the Daughters of Elvin medieval music & dance troupe, directed by Katy Marchant. performing in Devon and Northern Ireland. The black and white pictures are of Howard and his Commedia company, Ophaboom Theatre, performing on the streets of Denmark.

Oh, this is delightful! I don't have much (living on a musician's income here), but I can chip in a little and I'm happy to do so, for your sweet husband, and you, and more laughter in the world.

Delightful! Not just for the professional development, the chance to hear you and Howard in conference, or learning more about his journey as an artist -- but also for the delightful Tilly-related thumps that are detectable at ~ 7:40....

Love the photos. The last one with Tilly is too adorable! And thanks for the reading list, interesting reading ahead 😊

Hurrah and hoot hoot for you Howard and the hearts to be made fuller with this adventure! Our resources will open up to help the foolery. Wonderful to see and hear you three.

Thank you. I haven’t laughed out loud like that for a while. Absolutely brilliant. As well as learning a bit about that amazing artform.

Bahahaha! Those grey gnomes...I'm almost crying...will show the children...
This should be available on prescription :)

Lovely to see/hear you talking about your passion...and the Grey Gnomes are delightful, though I can see why you wouldn't want them in the studio, grubby footprints and handprints everywhere!

The Gnomes are weird and the Conversation with you and your cohorts is fully functional Tricky business that twists so many circles in my bonnet! I see a path with song lines to follow !!!