Turning Black Friday into a rainbow...
Tunes for a Monday Morning

In the gift-giving season 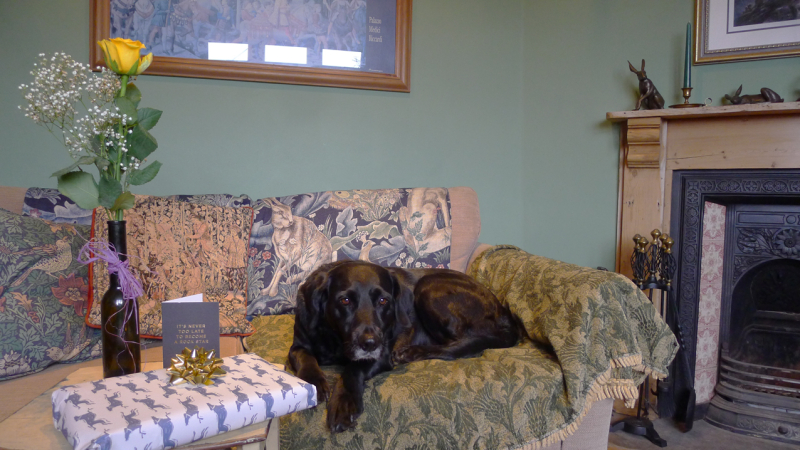 Every year about this time I get requests to re-post this piece on gifts and creativity, so here it is....

I've been thinking a lot about gifts lately, in all the various meanings of the word -- prompted, of course, by the season of holiday gift-giving that is upon us. Here in "austerity Britain," where work and money are increasingly scarce for those in freelance and arts professions (which are 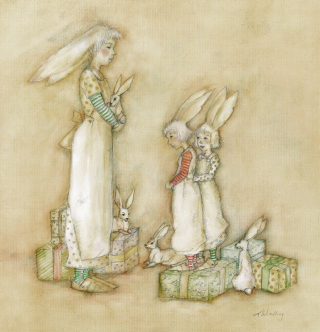 precarious even at the best of times), a truly frightening number of people are struggling just to put food on the table and keep the lights on overhead. And then comes Christmas, with its lovely old traditions but overwhelming modern expectations; with its roots planted in the good soil of family, community, folklore, and sacred stories, but its leaves unfurled in the toxic air of commercialism and over-consumption.

Some of us cherish the holiday; some of us simply cope with it and then sigh with relief when it's all over; some of us re-shape it into something more nurturing and reflective of our own ideals; some of us turn our backs on it altogether; and some of us weren't raised with Christmas at all, but simply watch while the rest of the Western world goes crazy for a few weeks every year.

I love the spirit of Christmas gift-giving, but not the commercial pressure to shop and spend -- especially in these lean financial times when life is hard, even desperate, for so many. I also prefer to view gift-exchange as a daily part of life, not something confined to the holidays. We gift each other with meals prepared, with gardens tended, with the chores that keep a household running, with kindness, patience, care, attention...a constant giving-and-receiving that starts at home and extends into the world through friendship, community, and activism. 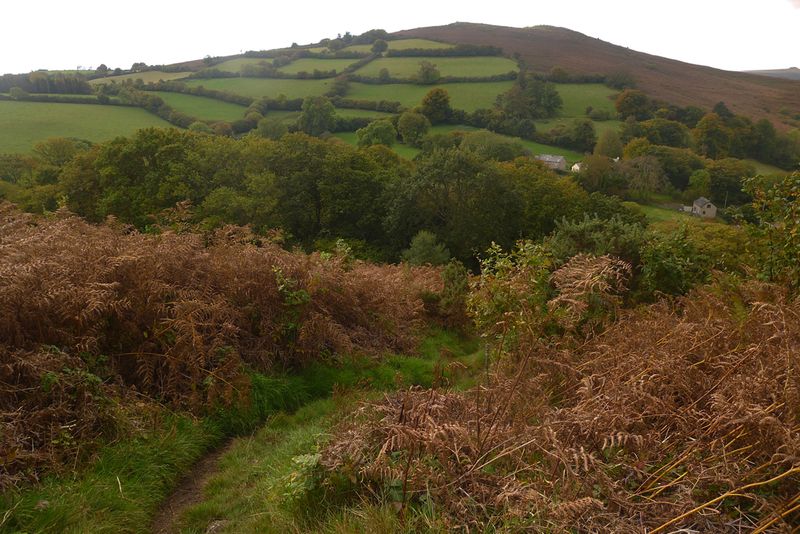 Making art is a form of gift-giving, made wondrous by the way that some of our creations move outward far beyond our ken, gifting recipients we do not know, will never meet, and sometimes could never imagine. And I, in turn, have received great gifts from writers, painters, musicians, dramatists and others who will never know of my existence either, and yet their words, images, or ideas, coming to me at the right time, have literally saved me.

The paradox inherent in making art, of course, is that it's an act involving both giving and receiving. Like breathing, it requires both, the inhalation and the exhalation. We receive the gift of inspiration (inhale), give it shape and form and pass it on (exhale). 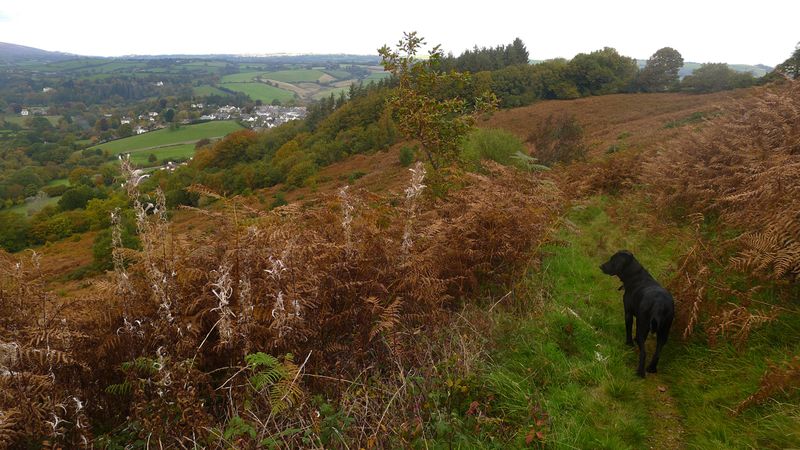 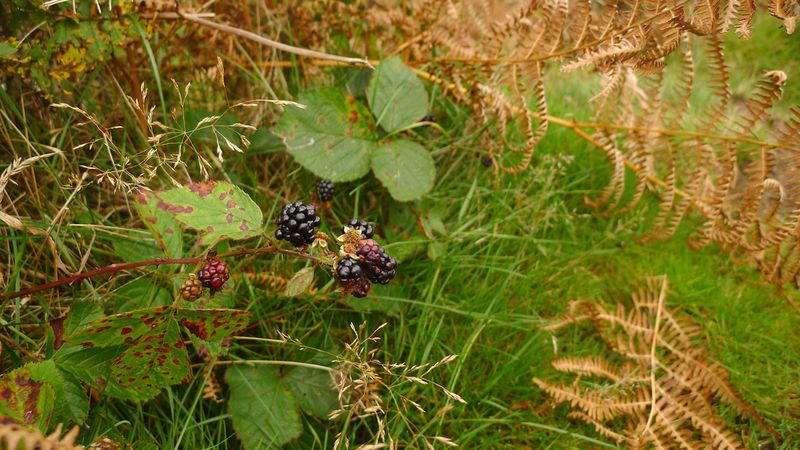 The word "gift" itself is commonly used to describe artistic talent: she's a gifted cellist, he's a gifted poet. But where does that "gift" of inspiration come from? In semi-secular modernity, we tend to be politely vague about such things -- but in her book Big Magic, Elizabeth Gilbert has an unusual answer to the question:

"I should explain," she says, "at this point that I've spent my entire life in devotion to creativity, and along the way I've developed a set of beliefs about how it works -- and how to work with it -- that is entirely and unapologetically based upon magical thinking. And when I refer to magic here, I mean it literally. Like, in the Hogwarts sense. I am referring to the supernatural, the mystical, the inexplicable, the surreal, the divine, the transcendent, the otherworldly. Because the truth is, I believe that creativity is a force of enchantment -- not entirely human in its origins....

"I believe that our planet is inhabited not only by animals and plants and bacteria and viruses, but also by ideas. Ideas are a dis-embodied, energetic life-form. They are completely separate from us, but capable of interacting with us -- albeit strangely. Ideas have no material body, but they do have consciousness, and they most certainly have will. Ideas are driven by a single impulse: to be made manifest. And the only way an idea can be made manifest in our world is through collaboration with a human partner. It is only through a human's efforts that an idea can be escorted out of the ether and into the material world." 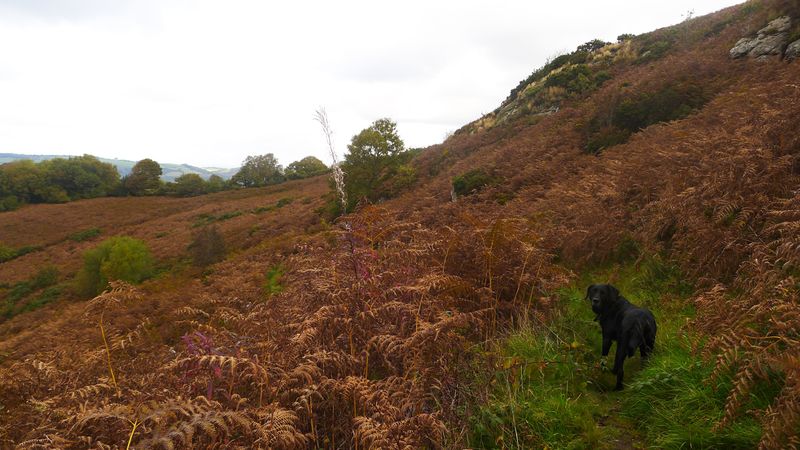 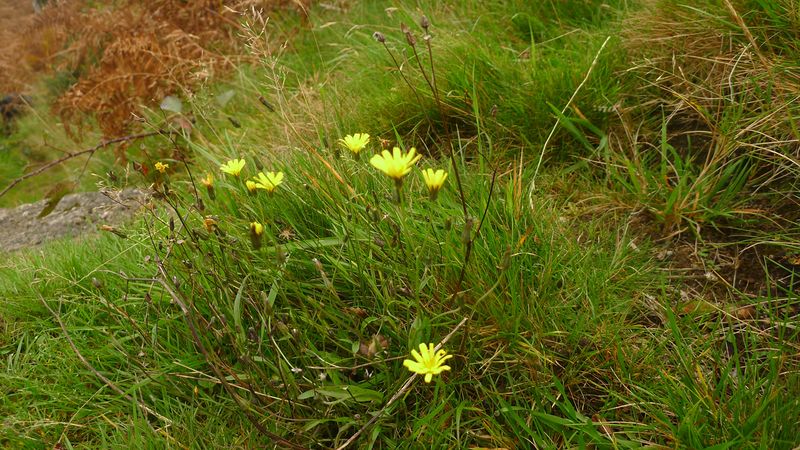 Rationalists will scoff at Gilbert's words, but there's enough mysticism in my own beliefs that her concept of creativity doesn't seem so very far-fetched to me; indeed, my only quibble with the paragraph above is that I'm not entirely convinced that those ideas necessarily require a human partner. (Perhaps animals and others with whom we share the planet have art forms of their own that we don't yet perceive.)

A little later in the book, Gilbert writes about creative work in terms that even the rationalists among us might recognize: "Most of my writing life, to be perfectly honest, is not freaky, old-time, voodoo-style Big Magic. Most of my writing life consists of nothing more than unglamorous, disciplined labor. I sit at my desk, and I work like a farmer, and that's how it gets done. Most of it is not fairy dust in the least.

"But sometimes it is fairy dust. Sometimes, when I'm in the midst of writing, I feel like I'm suddenly walking on one of those moving sidewalks you find in an airport terminal; I still have a long slog to my gate, and my baggage is still heavy, but I can feel myself being gently propelled by some exterior force. Something is carrying me along -- something powerful and generous -- and that something is decidedly not me....

"I only rarely experience this feeling, but it's the most magnificent sensation imaginable when it arrives. I don't think there is a more perfect happiness to be found in life than this state, except perhaps falling in love. In ancient Greek, the word for the highest degree of human happiness is eudaimonia, which basically means 'well-daemoned' -- that is, nicely taken care of by some external divine creative spirit guide."

(We've discussed the Greco-Roman idea of "creative daemons" in a previous post. Go here if you'd like to know more.) 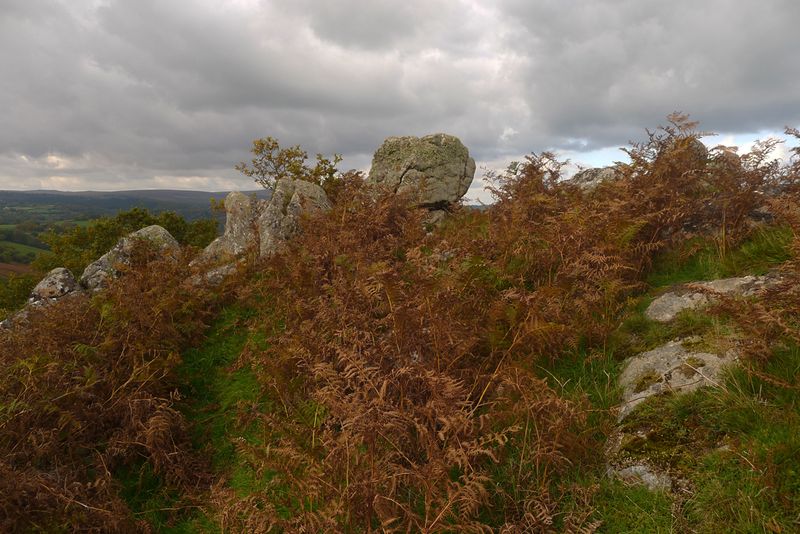 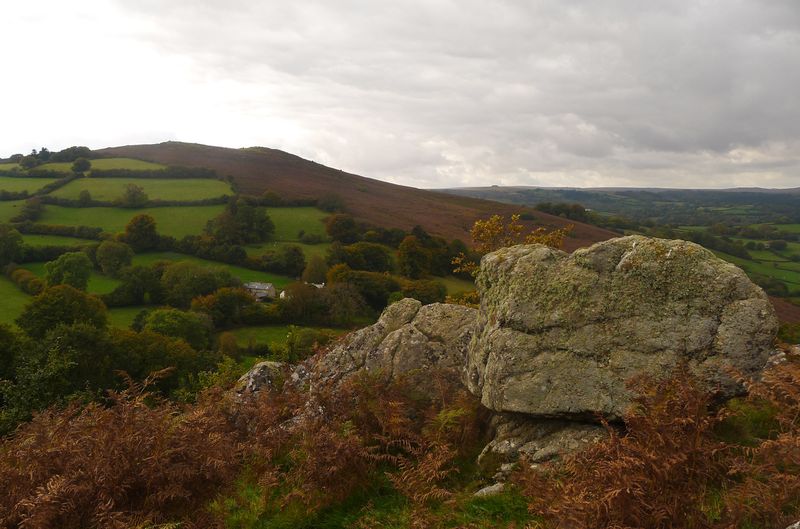 "In the Author’s mind there bubbles up every now and then the material for a story. For me it invariably begins with mental pictures. This ferment leads to nothing unless it is accompanied with the longing for a Form: verse or prose, short story, novel, play or what not.  When these two things click you have the Author’s impulse complete. It is now a thing inside him pawing to get out. He longs to see that bubbling stuff pouring  into that Form as  the housewife longs to see the new jam pouring into the clean jam jar. This nags him all day long and gets in the way of his work and his sleep and his meals. It’s like being in love."

"The artist's gift refines the materials of perception or intuition that have been bestowed upon him," says Lewis Hyde in his masterful book on the subject, The Gift: Creativity & the Artist in the Modern World. "To put it another way, if the artist is gifted, the gift increases in its passage through the self. The artist makes something higher than what he has been given, and this, the finished work, is the third gift, the one offered to the world."

Madeleine L'Engle was of a similar mind. In Walking on Water: Reflections on Faith & Art she wrote: "'We, and I think I'm speaking for many writers, don't know what it is that sometimes comes to make our books alive. All we can do is write dutifully and day after day, every day, giving our work the very best of what we are capable. I don't think that we can consciously put the magic in; it doesn't work that way. When the magic comes, it's a gift.'' 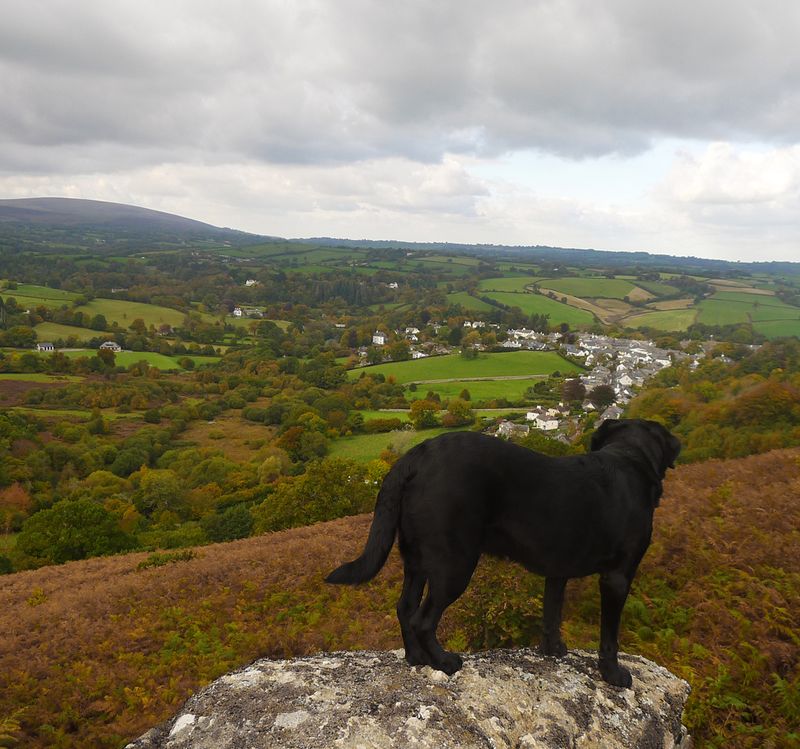 “If," L'Engle added, "the work comes to the artist and says, 'Here I am, serve me,' then the job of the artist, great or small, is to serve. The amount of the artist's talent is not what it is about. Jean Rhys said to an interviewer in the Paris Review, 'Listen to me. All of writing is a huge lake. There are great rivers that feed the lake, like Tolstoy and Dostoyevsky. And there are mere trickles, like Jean Rhys. All that matters is feeding the lake. I don't matter. The lake matters. You must keep feeding the lake.' "

"One of the things we continue to learn from Native Peoples," says Terry Tempest Williams, "is that stories are our medicine bundles. I feel that way about our essays, our poems, our fictions. That it is the artist who carries the burden of the storyteller. Terrence Des Pres speaks of a prose witness that relies on the imagination to respond to the world as we see it, feel it, and dare to ask the questions that will not let us sleep. Imagination. Attention to details. Making the connections. Art -- right words to station the mind and hold the heart ready."

The gift of paying attention, of witnessing others' lives and passing the "medicine" of their stories, our stories, from generation to generation is the particular gift required of us as artists. Not only of us, but especially of us; in whatever artform we chose to work in. 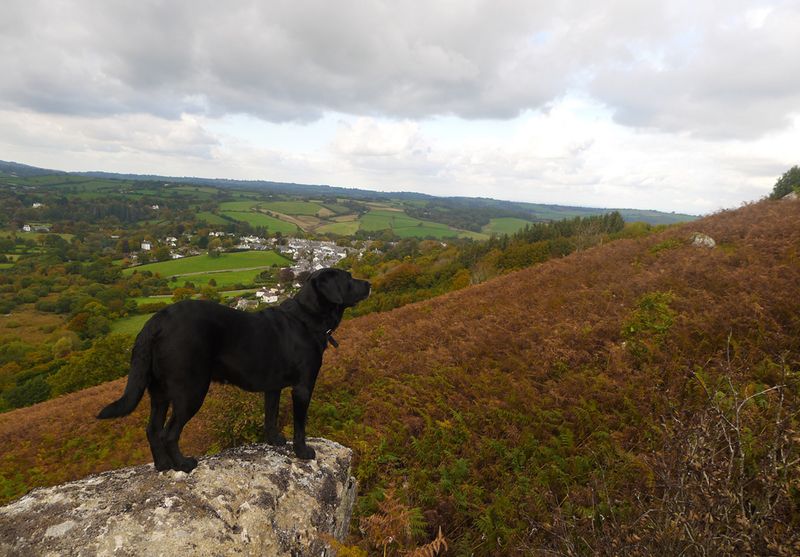 Jane Yolen puts it most succinctly. "Touch magic," she says, "and pass it on." 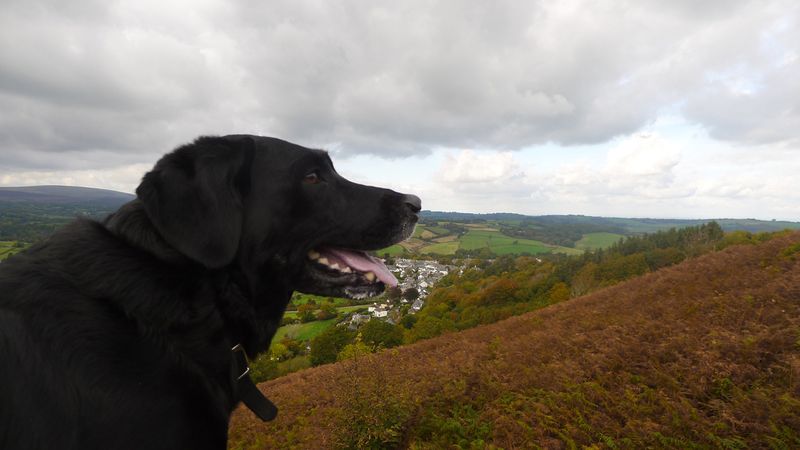 Related posts: On the care and feeding of daemons and Knowing the world as a gift, and

in From the archives, Gift exchange | Permalink | Comments (4)

I was thinking about the birds, the bauer birds who create architecture to draw their mate to them. This certainly is creation and inspiration. And so, thank you for including the animals after Elizabeth Gilbert‘s wise words. Thank you for this entire post. As an artist who works in multiple disciplines with the ultimate purpose of supporting the healing of others, I completely resonate with this!

Those transcendant moments when we simply MUST create, magic grabs us by the scruff of the neck, slams our butts down in our chairs, and says "NOW, DO it. Listen to me!"

This is such a beautiful and inspiring post and of course the ancients understood this completely.