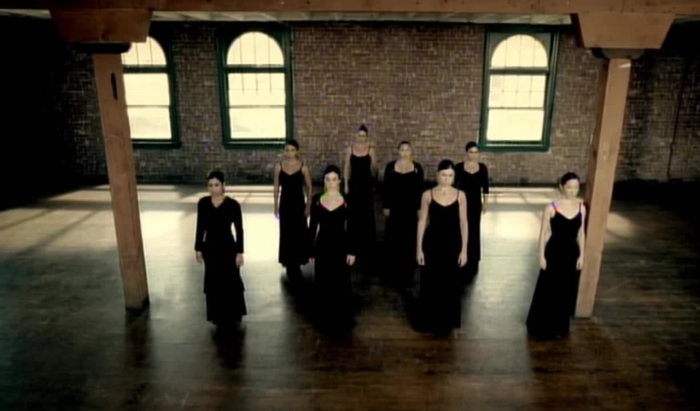 It's been a cold, wet, stormy day on Dartmoor, and our dodgy rural Internet line keeps flickering on and off (which is why this post is up so late). The air has the bite of winter, so let's have music with heat and movement to get the blood going....

Above: "Boy With a Coin" by Iron & Wine (the stage name of American singer/songwriter Sam Beam) from his album The Shepherd's Dog (2007). The magical video was choreographed by the Spanish flamenco dancer Yaelisa. (And if you'd like a little more of Sam's music this morning, this is another old favourite.)

Below: "A Room in Paris" by the Danish/Swedish folk trio Dreamer's Circus (Rune Tonsgaard Sørensen, Ale Carr, and Nikolaj Busk). The video features the Danish/Spanish dancer and choreographer Selene Muñoz.

Above: "Od Ebra do Dunava" by the Barcelona Gypsy Balkan Orchestra (with singer Sandra Sangiao), filmed in Vilnius, Lithuania, in 2016.

Below: "Bei Mir Bist Du Schoen" by the New York jazz band The Hot Sardines (with singer Elizabeth Bougerol), from their sixth album, The Hot Sardines (2014). This one goes out to all of my swing dance friends....

Above: "All Tangled Up" by Dutch jazz sing Caro Emerald, from her second album, The Shocking Miss Emerald (2013).

Below: "Hug You Like a Mountain" by Eliza Carthy & the Wayward Band (from Yorkshire) and Teddy Thompson, from Carthy's album Big Machine (2017). The video features my Modern Fairies colleague Lucy Farrell as the young love interest. (Lucy and I will be part of the Secret of the Selkies  performance in Sheffield later this month.)

Love these tunes, Terri! Especially the last three, and most particularly "Hug You Like a Mountain" had me warmed up and dancing with a grin from tree to tree. Cordelia, Camilia would love all this!!

O my, those little bits of magical realism that come into the first video about two thirds of the way through! Fabulous!

The perfect music for us too! Its snewing--as my mother says-lol. Blustery, white,and lazy--as we slowly, reluctantly pull out boots and toques and scarves. November always feels like mother nature has held her breath.