The coming of the light
Myth & Moor update 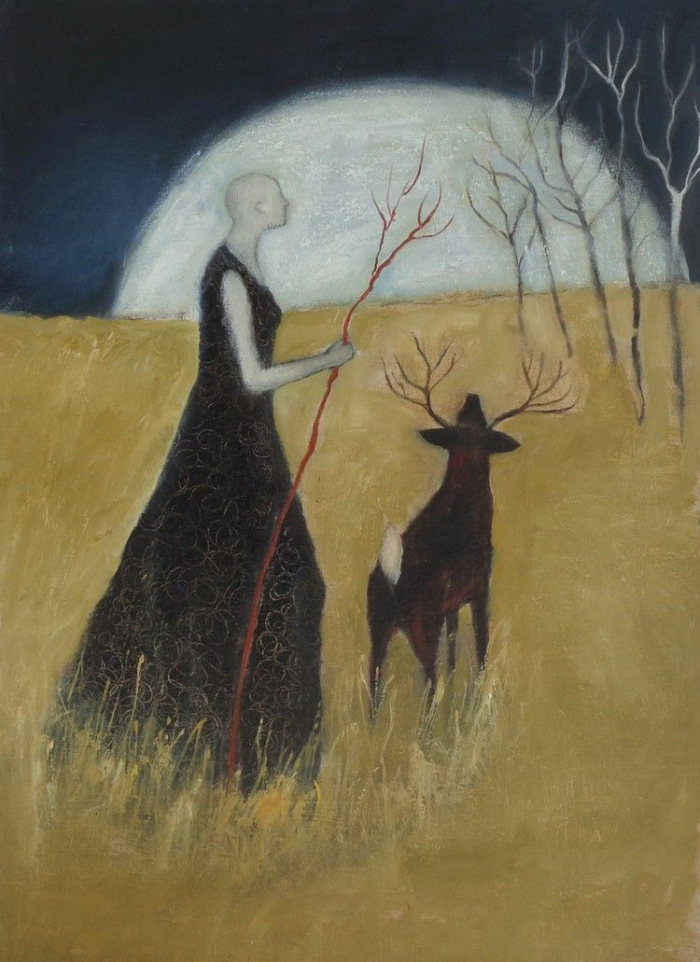 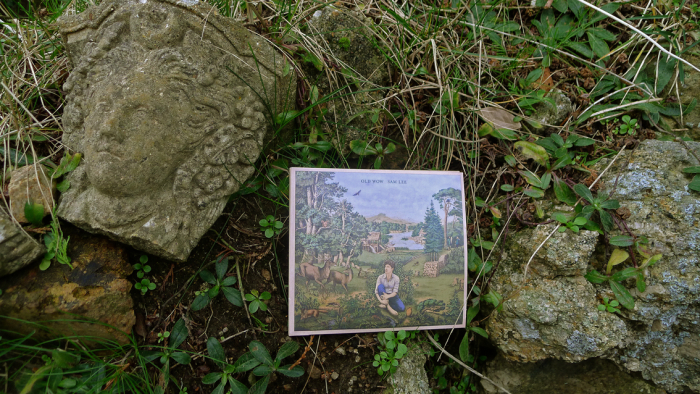 Long-time readers of Myth & Moor already how much I admire the work of the London-based folksinger Sam Lee -- from his early apprenticeship in Romany and Traveller songs to his involvement in The Nest Collective and The Song Collecter's Collective, as well as his tireless activism on behalf of the natural world. His new album, Old Wow, reflects all these things: a collection of old songs molded into new forms for our troubled times. "I feel like we are living in the age of extinction, culturally as well as ecologically,” he explains in a recent interview. “My hope is that by looking to the past we can strengthen our resolve to protect the future. What I’m doing is making the richest compost I possibly can."

Above: The video for "The Garden of England" from Old Wow, a re-working of the folk classic "Seeds of Love" (the very first song collected by Cecil Sharpe).

Below: "Soul Cake" (Old Wow), rooted in "Green Grow the Rushes-O" and "The Souling Song" (from the singing of The Watersons).

Below, an older piece: "Lovely Molly/I Once Was a Ploughboy" (from The Fade in Time by Sam Lee & Friends), accompanied by the Roundhouse Choir, 2015.

Above: "Sweet Sixteen" (Old Wow), a beautiful song inspired by ballads of transitory lovers, and by parenthood and the different ways that families are formed.

Below: The painterly video for "Lay This Body Down" (Old Wow), a free slave song from the American south, created with Bernard Butler, Cosmo Sheldrake, Dizraeli, and the Ballet Rambert dancers. 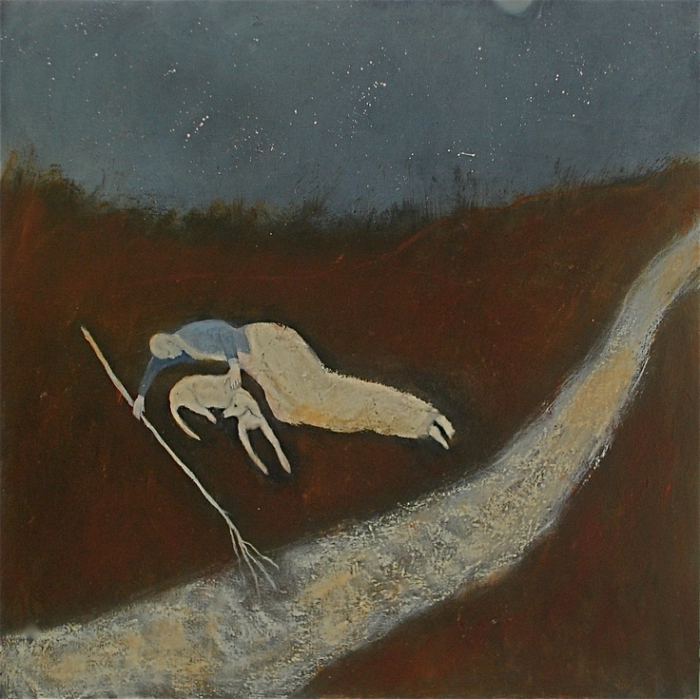 Some purists have taken exception to Sam's approach to folk material (mixing influences from a wide variety of cultural, musical, and aesthetic forms), but I find it thrilling, intellectually challenging, and moving. He constructs his songs on a firm foundation of knowledge of the folk tradition -- which is not so very different from what we are doing in the mythic fiction/fantasy field: taking ancient tales and re-working them into stories for our age.

In a Bluegrass Situation interview, he mused: "[Sometimes] you have to be an outsider, and that’s something that, by nature of who I am -- by being gay, by being Jewish, by being the kid that never quite fit into any of the places that I was -- I’ve always been in that position. It’s a place I’ve always been drawn to; most artists are like that one way or another. I’m not particularly exceptional, I’m not saying I’m necessarily special, but that’s something that I’ve certainly been accustomed to.

"When it comes carrying on the tradition, I did exactly the same. I went down the deepest root of folk music, but never went fully into those folk scenes. I was always an outsider in the folk world. I was always an outsider in these deep traditions, I was never part of the communities that I’m learning from. Yet, at the same time, you find yourself weirdly in the center of these places as well. This idea of: there is no center and there is no outside. Actually, these are all constructs, only in our minds, and we are all outsiders in the end." 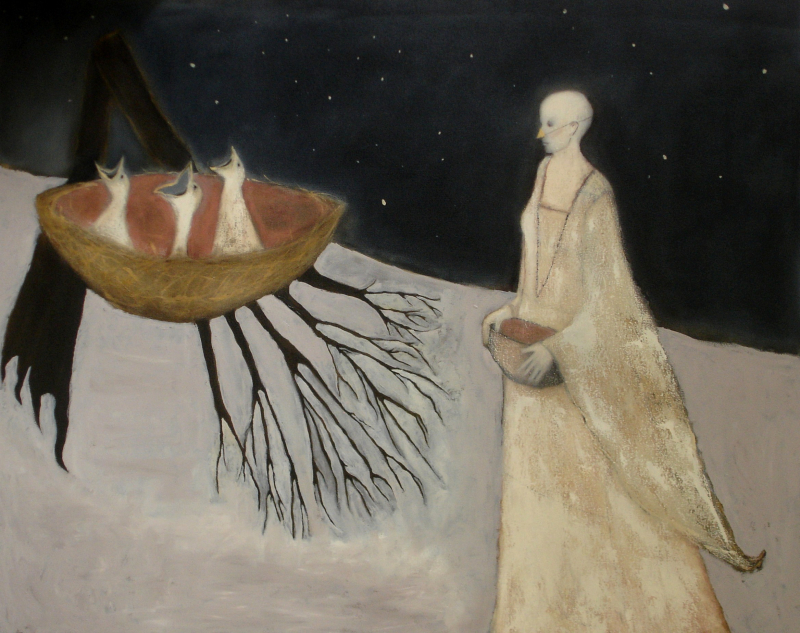 The mythic art today is Migration Moon, Pilgrim's Rest, Care and Feeding, and Asking Questions of the Moon by American painter Jeanie Tomanek, based near Atlanta. To see more of her work go here; and to read about her art-making process, go here. 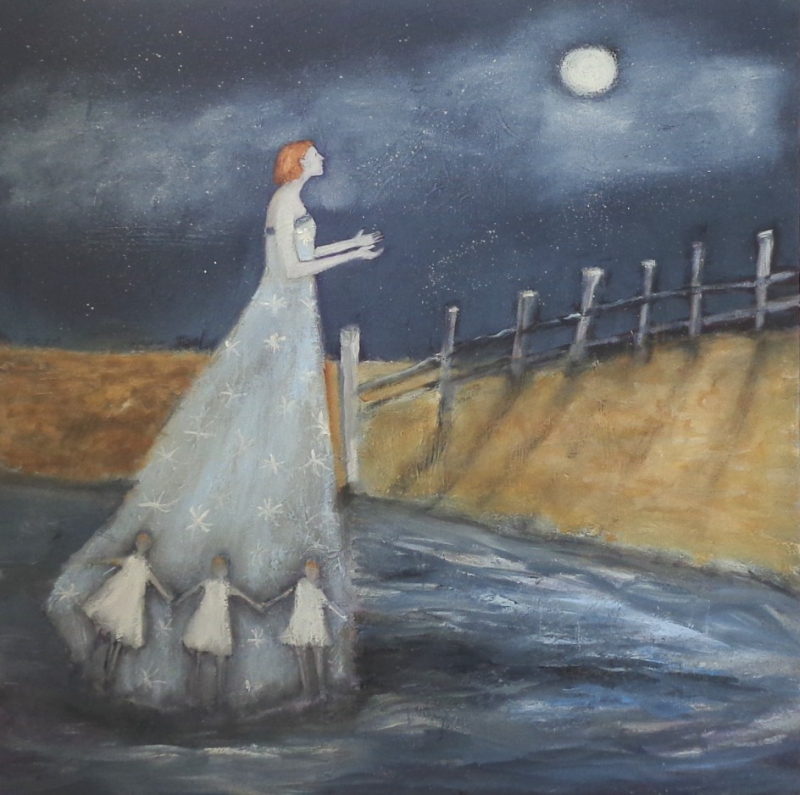 Thank you for sharing this powerful music. You've just made another fan!

Gorgeous. Thank you for opening my music loving heart to his work.

I remember Sam Lee's interview with Freda Black, but to re-read and this, " ‘Stories, always stories,’...‘I felt that I was from a community that really revered the elders and the history. Every time one of them died, I wish I’d listened harder.’" made me swallow hard and long. For today I listened harder and knew more why putting down each word of story is important. Perhaps in place of stones in pockets, some young person sometime will call one of the stories out from them(pockets).