The Dark Forest
Tunes for a Monday Morning

The gift of stillness 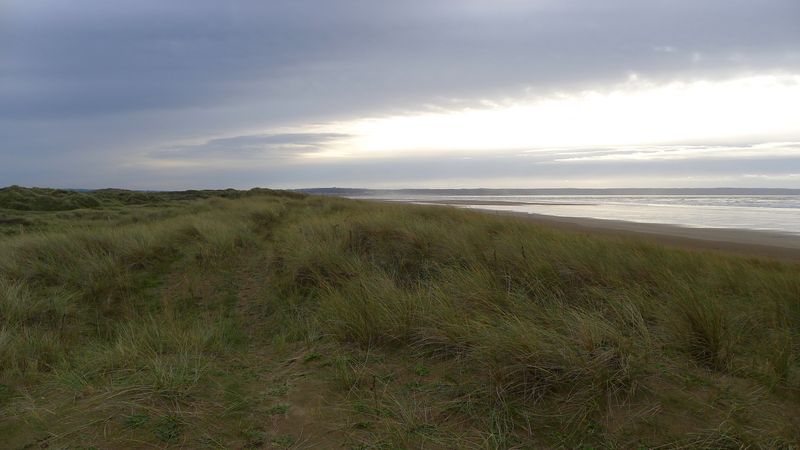 In A Book of Silence, Sara Maitland explores the cultural history of silence and retreat while seeking to create more room for silence within her own life. It's a fascinating book, leading through myth, religion, philosophy, sociology, natural history and literature to a place of stillness at the center of them all. As life slows down in response to the global pandemic, particularly for those of us in lock-down and other forms of isolation, the practice of retreat takes on new meaning. What gifts might a slower life give us? And what does silence have to teach us? 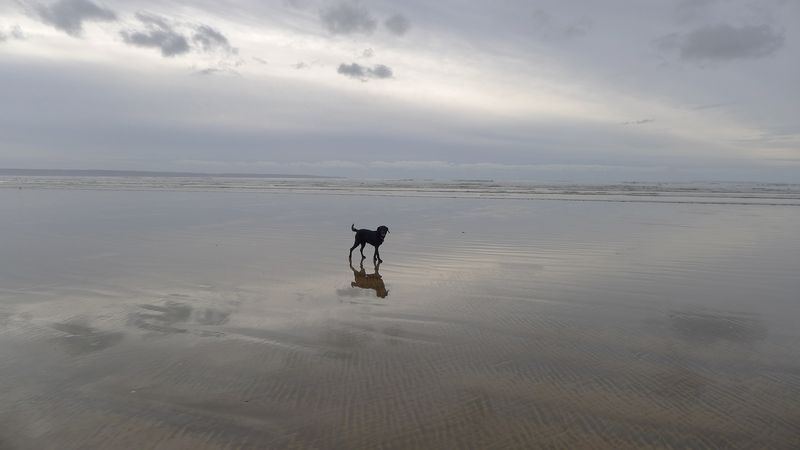 Early on in her quest for silence, Maitland arranged to spend forty days alone at Allt Dearg, a remote cottage on An t-Eilean Sgitheanach, Scotland's Isle of Skye, noting the changes in her psyche and imagination as the weeks went by and her silence and solitude deepened. Describing the last days of her time on the island, she says: "Part of me had already moved on from Allt Dearg, and another part of me never wanted to leave. The weather became appalling so that I could not go out for a final walk or round off the time with any satisfying sense of closure. I had to clean the house and then drive a long way. I had felt quite depressed for about forty-eight hours... 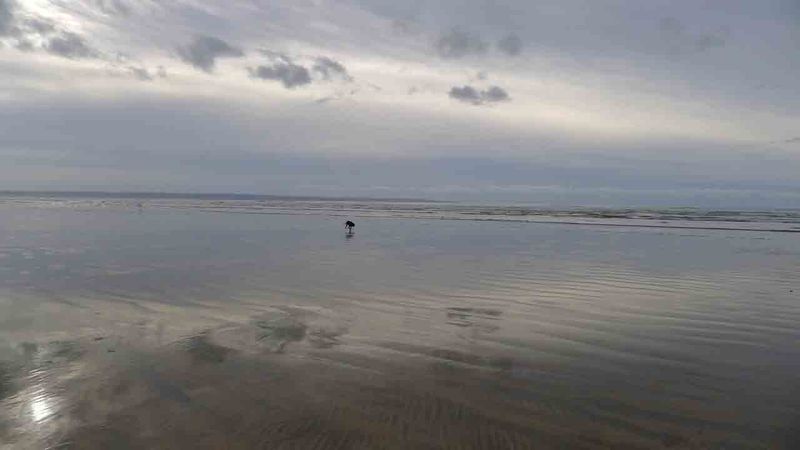 "...and then, the very final evening, I suddenly was seized with an overwhelming moment of jouissance. I wrote:

'They say it is not over till the fat lady sings. Well, she is singing now. She is singing in a wild fierce wind -- and I am in here, just. Now I am full of joy and thankfulness and a sort of solemn and bubbling hilarity. And gratitude. Exultant -- that is what I feel -- and excited, and that now, here, right at the very edge of the end, I have been given back my joy.' 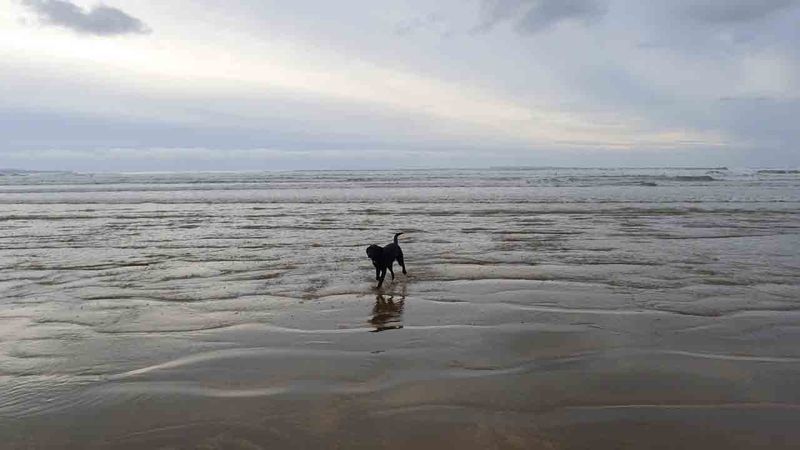 "For several hours I enjoyed an extraordinary rhythmical sequence of emotions -- great waves of delight, gratitude, and peace; a realization of how much I had done in the last six weeks, how far I had traveled; a powerful surge of hope and possibility for myself and my future; and above all a sense of privilege. But also a nakedness or openness that needed to be honored somehow. 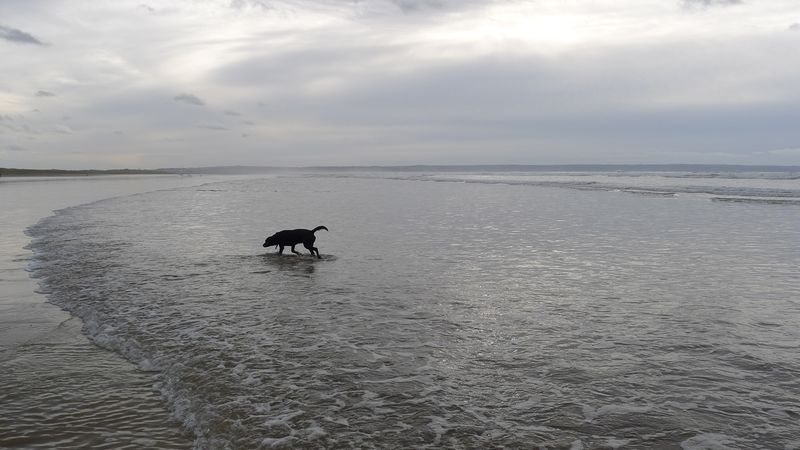 "I experienced a fierce joyful ... joyful what? ... neither pride nor triumph felt like the right word. Near the end of Ursula Le Guin's The Farthest Shore (the third part of The Earthsea Trilogy), Arren, the young prince-hero, who has with an intrepid courage born of love rescued the magician Sparrowhawk, and by implication the whole of society, from destruction, wakes along on the western shore of the island of Selidor: He smiled then, a smile both somber and joyous, knowing for the first time in his life, and alone, and unpraised and at the end of the world, victory.

"That was what I felt like, alone on An t-Eilean Sgitheanach, The Winged Isle. I felt an enormous  victorious YES to the world and to myself. For a short while I was absorbed in joy. I was dancing my joy, dancing, and flowing with energy. At one point I grabbed my jacket, plunged out into the wind and the storm. It was physically impossible to stay out for more than about a minute because the wind and rain were so strong and I came back in soaked even from that brief moment; but I came back in energized and laughing and exulting as well. I was both excited and contented. This is a rare and precious pairing. I knew, and wrote in my journal, that this would not last, but it did not matter. It was NOW. At the moment that now, and the enormous wind, felt like enough. Felt more than enough. 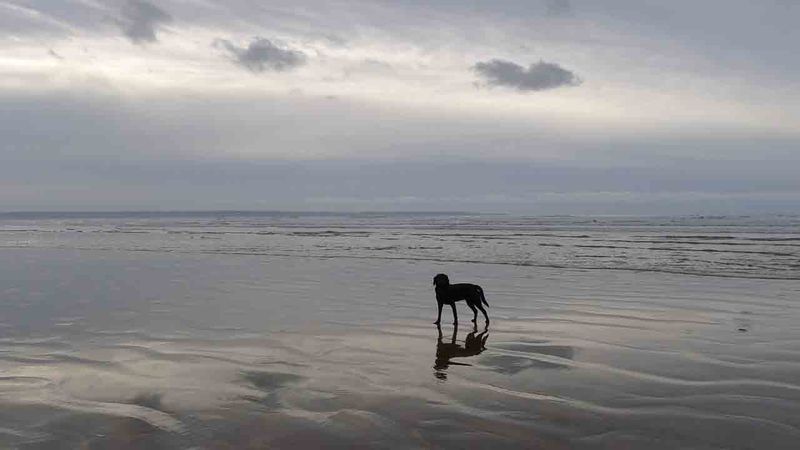 "And once again," Maitland concludes, "I am not alone. Repeatedly, in every historical period, from every imaginable terrain, in innumerable different languages and forms, people who go freely into silence come out with slightly garbled messages of intense jouissance, of some kind of encounter with nature, their self, their God, or some indescribable source of power." 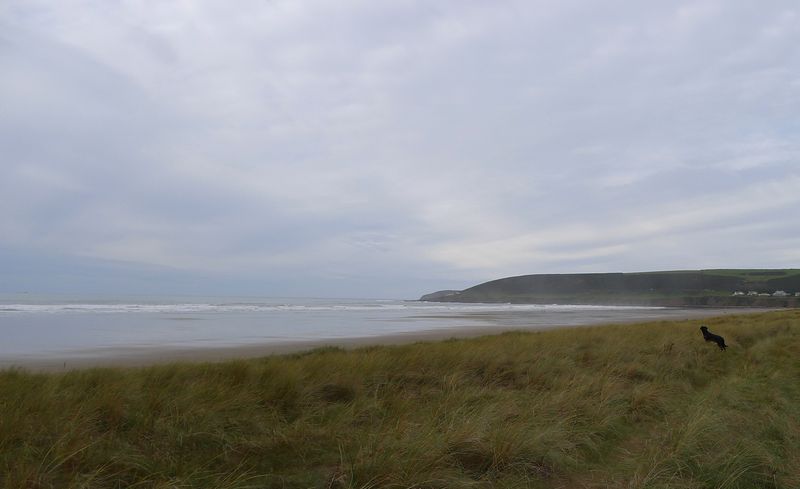 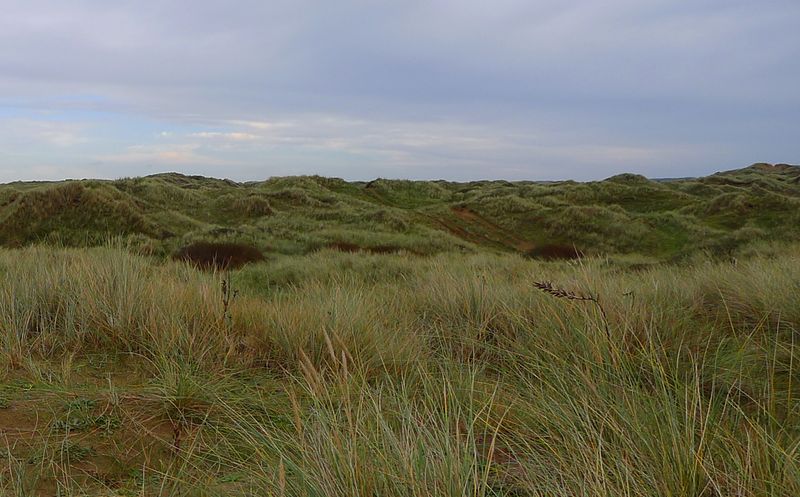 I first read Maitland's A Book of Silence some years ago, when confined to bed by health problems. I was not alone -- I had Tilly snuggled at my side, and my gentle husband nearby -- but the quiet and stillness of recovering from an illness can be another form of retreat from the rapid rhythms of the noisy modern world. There were long hours when the only sounds were Tilly's snores, the rustle of a book's turning page, rain or bird song outside the window glass. Like a spiritual retreat or pilgrimage, illness takes us deep inside ourselves, shaking away all other concerns except those of the body, those of the soul. Afterwards, I always return to life changed. The world is restored to me piece by piece, with each step noted and celebrated: the first hour out of bed; the first morning outdoors, tucked up in a blanket on the garden bench; the first slow climb to my studio on the hill; the first shaky walk in the woods with Tilly. There's a joy in all this that we rarely speak about, as if to admit that there's any pleasure or value in illness might be to dismiss its overwhelming difficulties. We'd all prefer, of course, to plan our times of retreat, not to have them forced upon us by physical collapse, overshadowed by pain or fear. But there is a gift to be found in illness...and perhaps in our current pandemic lock-down as well: the gift of long hours of quiet and stillness, precious and rare in these fast-paced times.

And when this time of enforced retreat is done, we may find it has given us these gifts too: jouissance, wonder, and fresh gratitude for our fragile bodies, our fleeting lives, and the exquisite beauty of the world we return to. 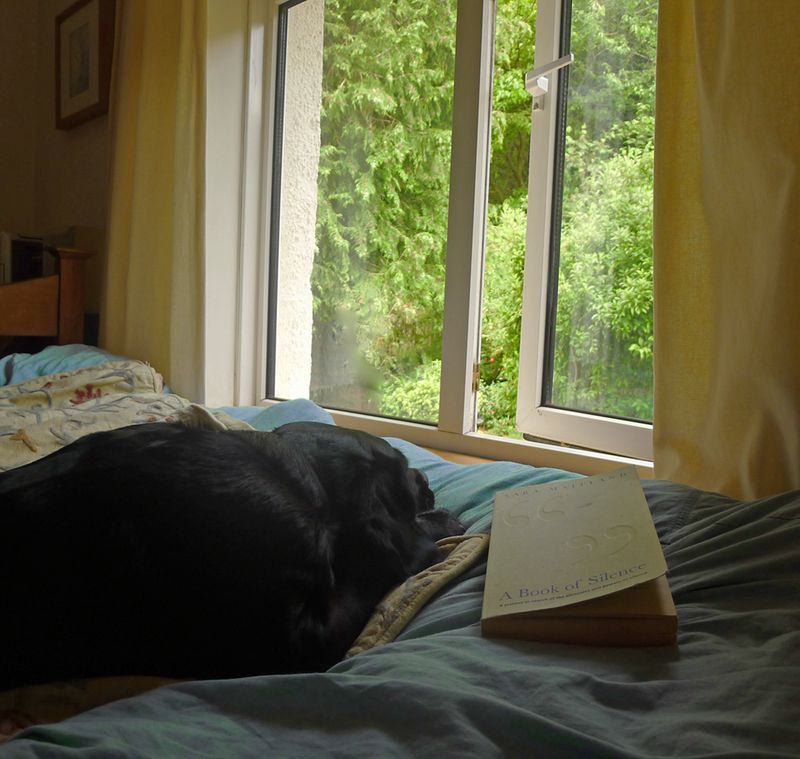 Photographs: Tilly on the north Devon coast. When will we see that beach again?

in From the archives, Illness & healing, Recommended reading, Thoughts during a pandemic lock-down | Permalink | Comments (6)

In our bed, windows fully open
for the first time this spring
and we are awakened
in the still part of the night
by a canticle of coyotes
singing to what should be
the moon.

It is a howl both sad
and full of mystery, meant,
I believe, to bring fear
to small prey, but I,
in our warm bed, your arm
encircling my bare shoulders,
feel it as a call
to sing with them
into the shell of your ear,
to rub against the rough hair
on your chest, as the dog
does in the old grasses
we find in the meadow.

To imprint, to sing, to rub
to say that now, here, I am alive
who might in the next moment be gone,
but it is now, and now, and now.

The gift of your poetry, Jane, is a precious gift indeed. Thank you.

Yes, this time of enforced retreat, awash with invisible, all pervasive threat also gives us that gift, that realisation of the preciousness of all that we have, just here, just now. Thank you for sharing your thoughts and your beautiful flowing photos of Tilly on the rippling sands. Sara Maitland's book is wonderful isn't it?

As always, Terri--the gift of your reading my poems and being moved one way or another is important to me as my sometime editor, and ever friend.

Thank you for inspiring words. Jane Yolen's poem is such a lovely end-piece to your writing.

My husband and I are privileged to be in a place where we are at this time relatively unscathed by the challenges posed in our world today. I have also had a sense of peace that even though things will be difficult and we are surrounded by so much death society as a whole will be okay. With the confusing information sent out by the US government, it has been practically impossible to discern where truth lies. I focus on the knowledge and understanding communicated by health experts and on the hope that we have some control over the outcome of COVID-19 if we follow critical advice.

This week, my husband reached for my hand, looked at me, and asked, "Are you okay?" Up to that point, I thought I had been. I cried for the first time since the outbreak of the disease began to be reported. I don't even know from where the tears came. I thought I had so much peace over the current events looking forward to its end. However, faced with so much uncertainty and with the crushing numbers of deaths across the globe, I am not able to ignore the overwhelming sorrow and sadness of this reality. It is also painful to admit that I do not have confidence in the single most important leader of our country, President Donald Trump. I listen instead to the voices of reason that surround him in our professional communities. Though the situation is grim and catastrophic, there remains hope. And, still, the tears.

Thank you for this beautiful word: jouissance. I need to write it down and use it. Thank you, too, for inspiration and solace.

Many wishes for continued health and safety to you and yours.