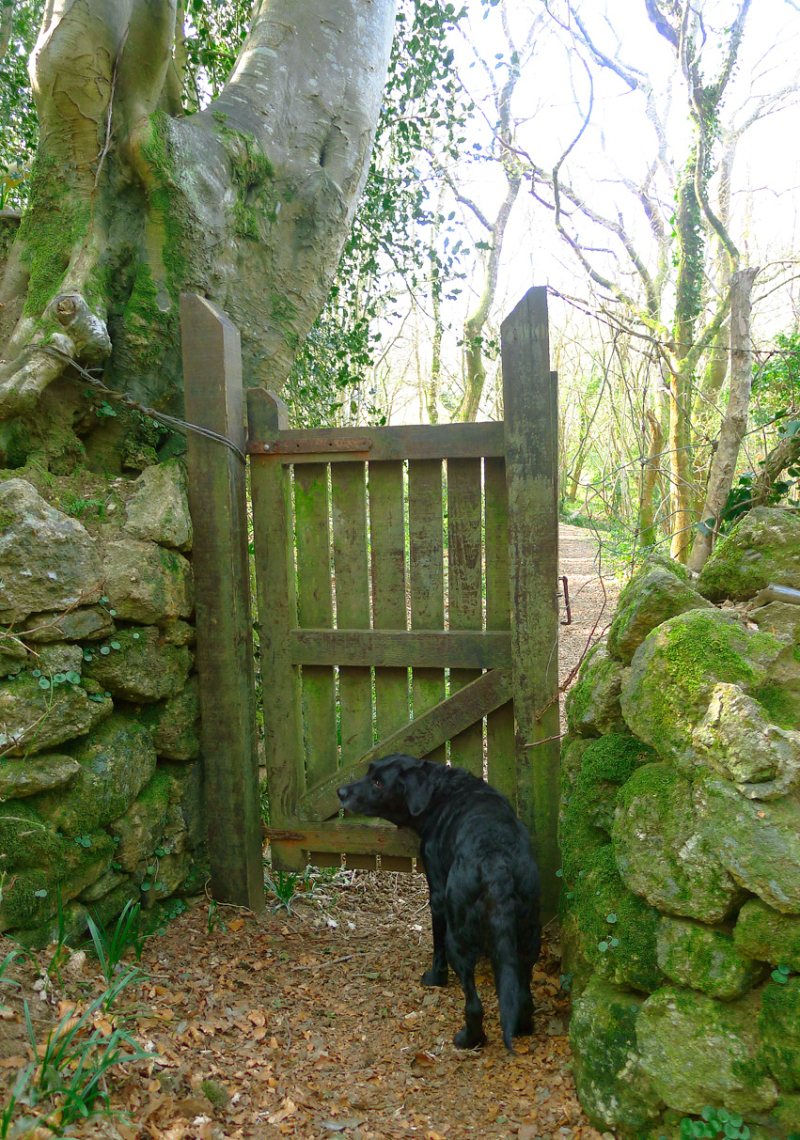 I keep returning to "Telling the Holy," Scott Russell Sanders' fine essay on myths and sacred stories from around the world. Each time I read it I find new things to ponder, and today it's this:

"Mystery is not much in favor these days. The notion that there are limits to what we can do, what we can know, limits to our dominion, does not sit well with kings and queens of the hill. Humility and reverence, we hear, are the attitudes of cowards. Why worship a force we can't measure on a meter? Why tell stories about a power we can't photograph? 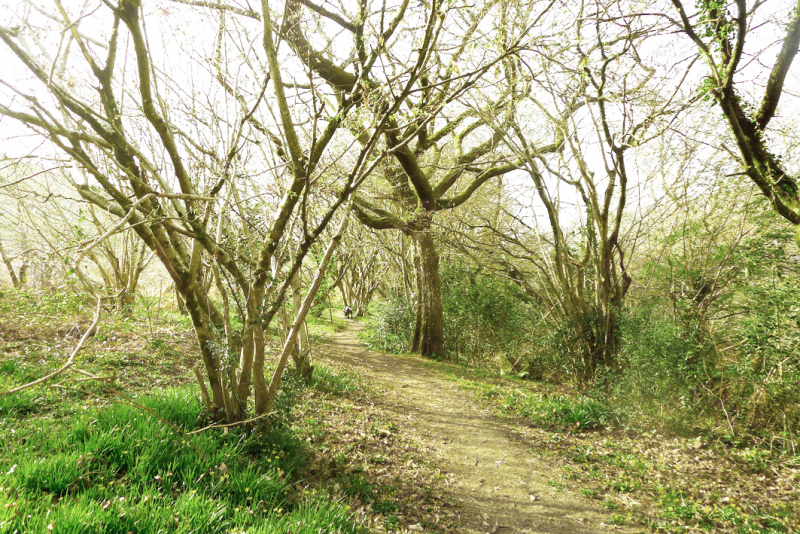 "When the novelist Reynolds Price published his translation of stories from the Bible in a book called A Palpable God, he prefaced it with a long meditation on 'Origins and Life of Narrative,' in which he sought to explain why a cultivated person in our secular age might still take seriously these tales of the holy. The 'first -- and final -- aim of narrative,' he argued, is 'compulsion of belief in an ordered world.'

"Of course it would be reassuring to believe in an ordered world, say the sceptics. But what if the universe is chaotic, a hazard of bits and pieces, and our tales of order are but soothing lullabies we sing against the darkness? 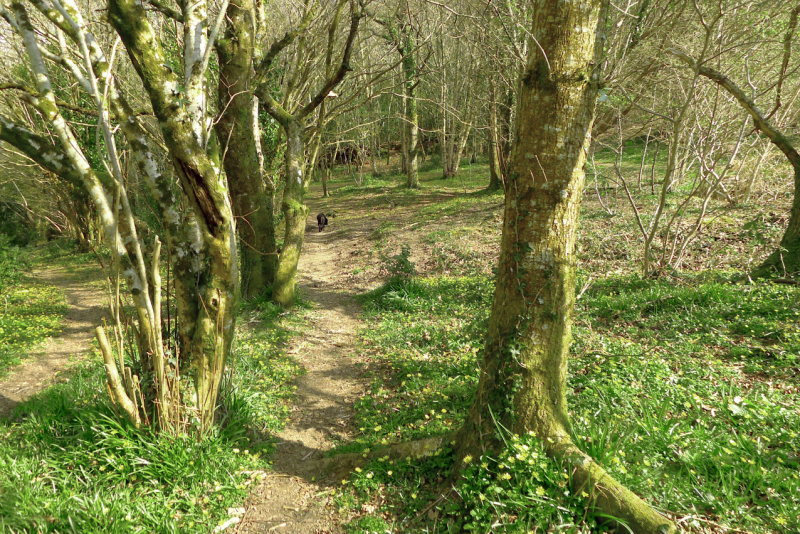 "That line of reasoning leads to what I think of as the killjoy of sacred stories: they must be false because they are comforting. They are not, in fact, all comforting. Many are frightening. In myths, gods appear and disappear, play tricks, throw tantrums, devour the innocent and reward the wicked, bewilder the most patient seeker. The holy is often a holy terror. Still, the killjoy critique is forceful, as Reynolds Price acknowledged: 'Human narrative, through all its visible length, gives emphatic signs of arising from the profoundest need of one fragile species. Sacred story is the perfect answer given to the world to the hunger of the species for true consolation.'

"Mustn't so perfect an answer be an illusion? Not necessarily, Price added, 'for the fact that we hunger has not precluded food.' Water is nonetheless real for slaking our thirst, lovemaking nonetheless real for meeting our desire. I do not doubt the sun, even though it warms me and lights my way. Yes, tales about the holy may satisfy our craving for consolation, but that proves nothing about the truth of the tales or the reality of the power. 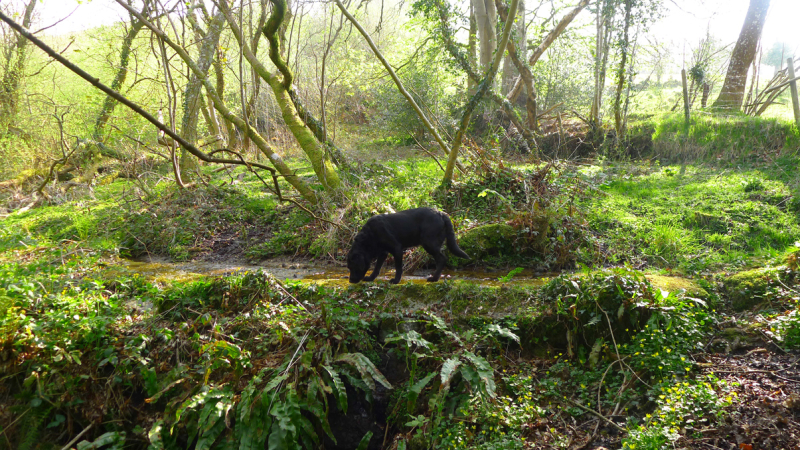 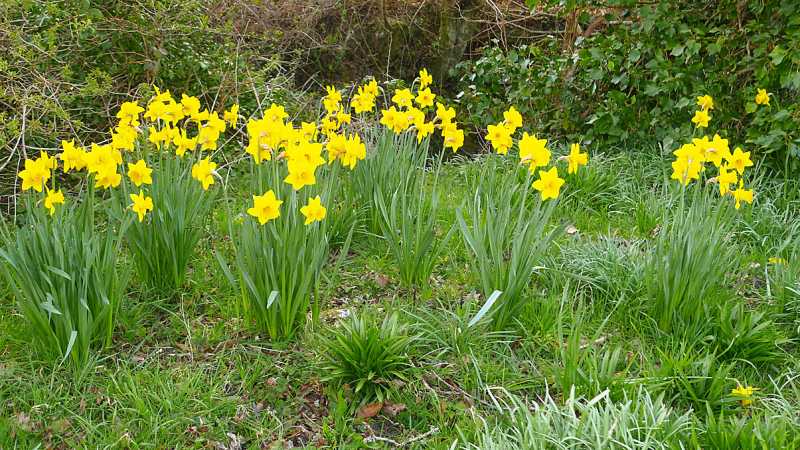 "The order we glimpse through myth is one that we did not create, that we cannot alter, that we can never fully grasp, and that we ignore at our peril. The achievements of science delude many into thinking that we have graduated from nature, that we can understand everything, that we can change or scorn conditions as we see fit, that we are bosses of the universe. Among those who resist this delusion of omnipotence are a number of scientists. The physicist Charles Misner, for example, has articulated a humbler view:

"'I do see the design of the universe as essentially a religious question. That is, one should have some kind of respect and awe for the whole business, it seems to me. It's very magnificent and shouldn't be taken for granted. In fact, I believe that is why Einstein had so little use for organized religion, although he strikes me as a basically very religious man. He must have looked at what the preachers said about God and felt they were blaspheming. He had seen much more majesty than they had ever imagined.' 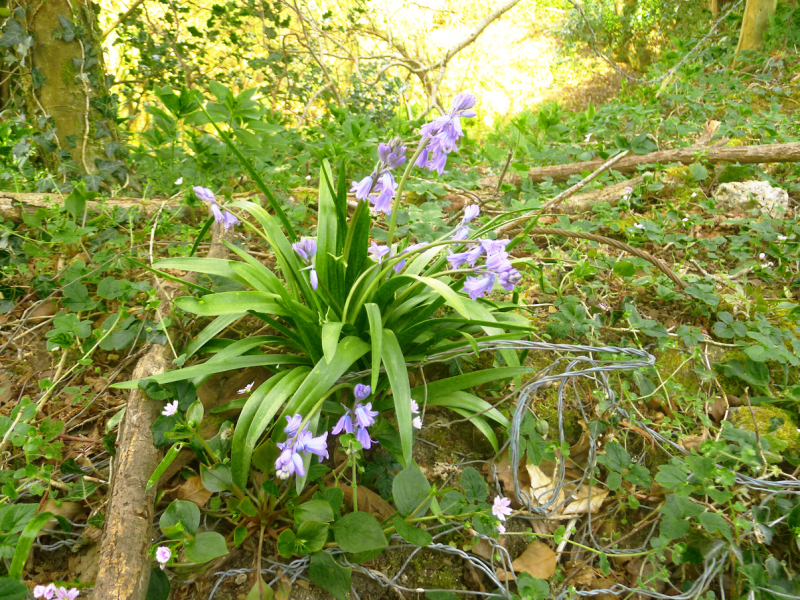 "...I do not mean simply the blank places on our maps. I mean the divine source -- not a void, not a darkness, but an uncapturable fullness. We are sustained by processes and powers that we can neither fathom nor do without. I speak of that ground as holy because it is ultimate, it is what makes us possible, what shapes and upholds everything we see. The stories I am most interested in hearing, reading, and telling, are those that help us imagine our lives in relation to that ground."

And so am I. But for me, a certain kind of fantasy literature approaches the same ground as myth and sacred stories, albeit from a slantwise direction. Fantasy of this sort (Tolkien, Lewis, Garner, Le Guin, McKillip, Holdstock, Crowley, de Lint, Yolen, and numerous others) is all about mystery, and the magic inherent in life itself: the "processes and powers that we can neither see nor do without."

In our own myth-drenched, poetic, elvin-crafted way, we are telling the holy. 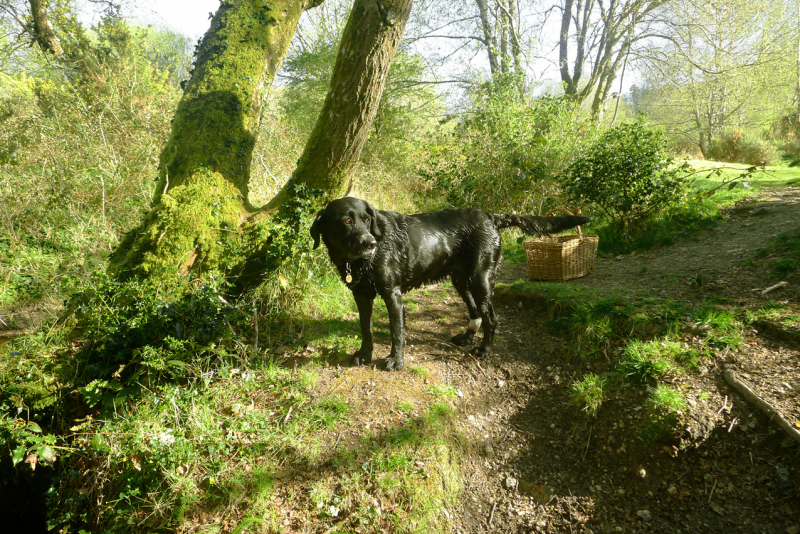 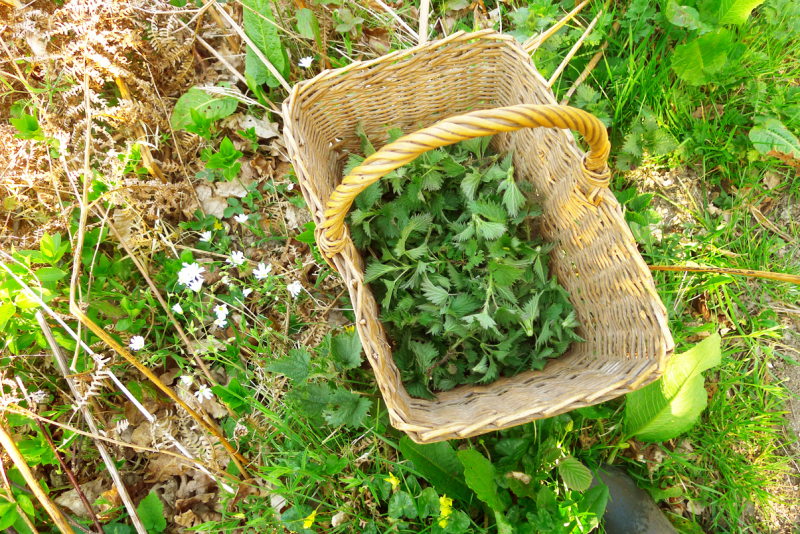 Sanders goes on to say:

"By telling the holy, we acknowledge that life is a gift. In fact, the whole universe is a gift. From where or what, and why, we cannot know. All we do know is that it issues forth, moment by moment, eon by eon, ever fresh, astounding in its richness and beauty. None of this is to gainsay the pain, the suffering, the eventual death that awaits all created things. But we measure that pain and suffering, we mourn that death against the sheer exuberant flow of things."

I want to work from that exuberant flow; to write of strange, improbable things that contain some kernal of truth within. I want to choose the winding road through the fernie brae that leads to mystery, wonder, and "miraculous grace" (to use Tolkien's phrase).

That is the road, I whisper to Tilly, where thou and I maun gae. 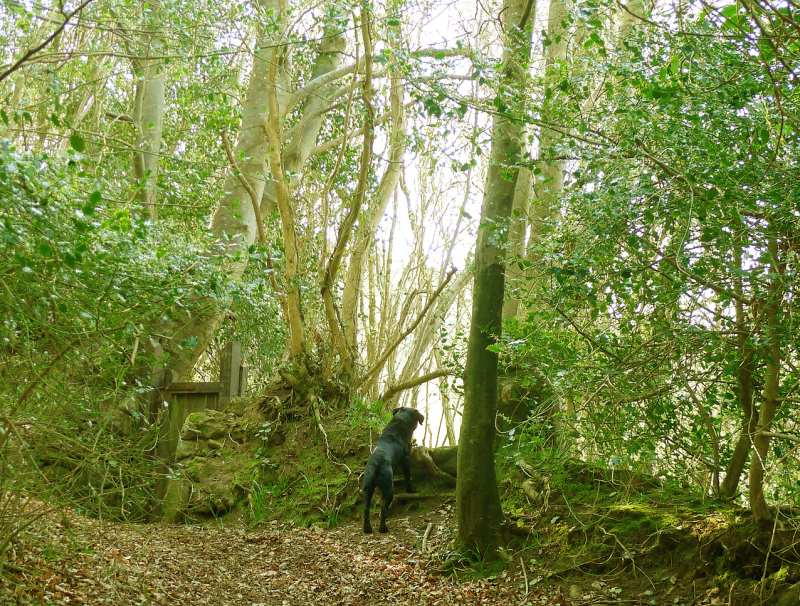 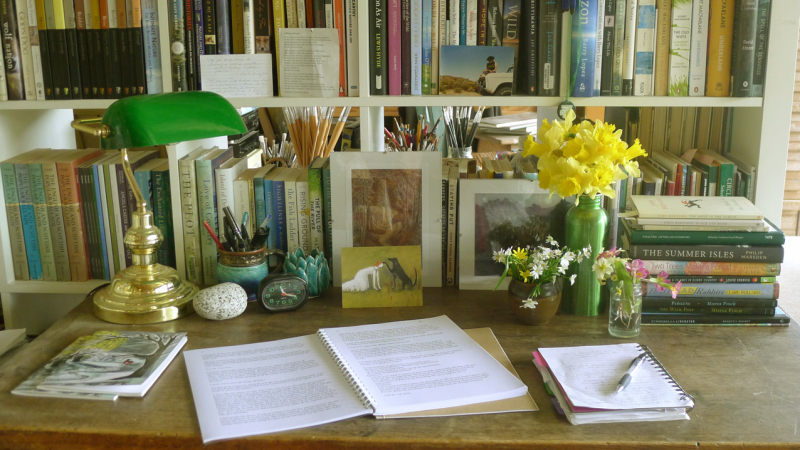 The quoted passage above is from "Telling the Holy" by Scott Russell Sanders, published in Wonder and Other Survival Skills, edited by H. Emerson Blake (The Orion Society, 2o12). The poem in the picture captions is from Even in Quiet Places by William Stafford (Confluence Press, 2010). All rights reserved by the authors.

in Fantasy literature, On reading, On writing, Stories, Thoughts during a pandemic lock-down | Permalink | Comments (12)

Oh, my goodness, yes to all of this, dear Terri! All of it.

It is the one thing I want
from my heroes, my gods,
my holy fools,
that sense of awe
before the glorious,
the bow of head when praised.
We are all in some kind
of pecking order, understand
that being in then middle
does not mean failure,
but being at the head
can lead to the deaths
of your followers and friends.
Grace sought for,
dos not happen.
A sword drawn need not
taste blood.
The wedding cake
can not be ungested.
The child cannot be
put back into the womb.
All choices have consequences.
If you cannot make any,
they will be made for you.
Humility is a choice,
not a lifestyle..
It falls about you,
like rain, like snow,
like that old standby--grace.

I absolutely adore this poem, Jane. This is one I'll be re-reading as often as "Telling the Holy." Thank you.

except for apologizing for the misspellings (it was that kind of a day yesterday!, I am honored, Terri--thanks.

'As he stood uncertainly, wondering where to go, the silence deepened around him. He found himself listening to it, lips parted, waiting for the word that seemed about to roar into the place like a wind, and break into every birdsong, and wolf howl, and human cry of love and terror and wonder in the world. His skin prickled with apprehension and exhilaration; he took a blind step or two toward the heart of the silence, and found the word for it then in his own heart.
Magic.'

- Page 14 of Od Magic by Patricia A. McKillip

I ,too, love this poem and how truthfully and beautifully you capture the essence of
attaining grace and importance of humility.

Grace sought for,
dos not happen.
A sword drawn need not
taste blood.
The wedding cake
can not be ungested.
The child cannot be
put back into the womb.
All choices have consequences.
If you cannot make any,
they will be made for you.

Those lines really resonate with me and have
a powerful grace of their own. Thank you so much for sharing this,

Thank you for this, as always, Terri. You have really captured what I, in my little way, aim for in trying to write urban fantasy. It's the only thing that drives me to make art: the tension between the known and the mystery of the world already around us. And I think (or perhaps feel is a better word) that now is a time when we need Fantasy that does exactly that: that nudges the audience to look beyond what is obviously at hand, to see the connections between the natural world and themselves, between the Other and themselves. Lofty goals, I know. But it is what keeps me going.

As always, Wendy, thanks for appreciating this poem.

And have you been sending out your amazing poems to journals....PLEASE.

Yes, and I am happy to report I have had some published this past year in Coffin Bell, Liminality, Eternal haunted Summer and "Not One Of Us"

I have also had acceptances from The Poetry Salzburg Review and Polu Texni. Those poems will be forthcoming in the Summer and Autumn issues ( later this year.

Again, thanks so much for your encouragement and interest in my work. I so deeply appreciate it!

Take care and stay safe,
Blessings and peace
to you and yours
Wendy

This was beautiful. From the first time I read Tolkien or Patricia McKillip, I became part of their stories, felt their joys, sorrows, and that inexplicable touch of magic that left me breathless and believing this was where I belonged.