Mozard, starlings, and the inspiration-wind 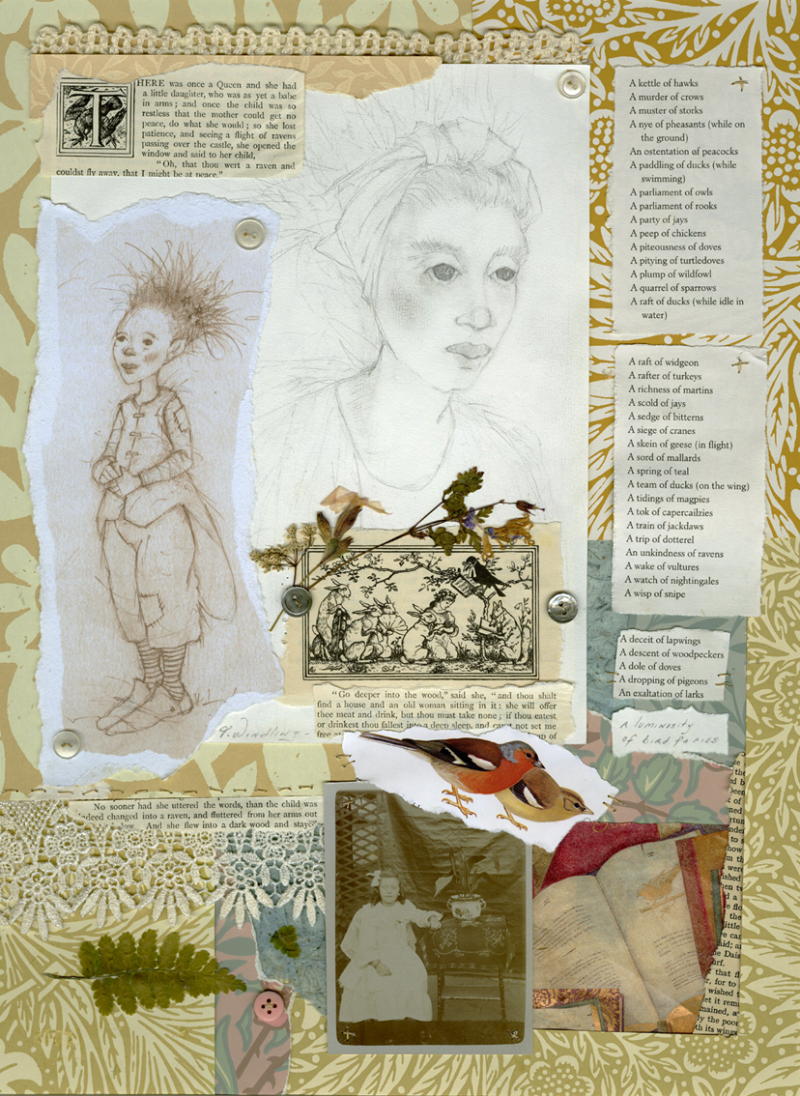 "People always ask how I get ideas for by books. I think all authors hear this question. And, at least for me, there is only one answer: You can't think up an idea. Instead, an idea flies into your brain -- unbidden, careening, and wild, like a bird out of the ether. And though 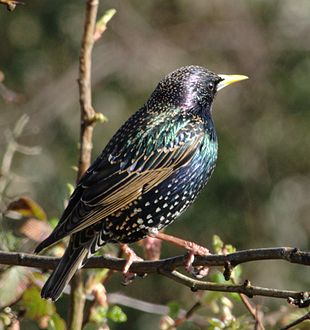 there is a measure of chance, luck, and grace involved, for the most part ideas don't arise from actual ether; instead they spring from the metaphoric opposite -- from the rich soil that has been prepared, with and without our knowledge, by the whole of our lives: what we do, what we know, what we see, what we dream, what we fear, what we love....

"And as a writer, of course, I live by inspiration. I watch it come and go; when it's missing, I pray for its reappearance. I light a candle and put it in my window hoping that this little ritual might help inspiration find its way back to me, like a lover lost in a snowstorm. The word itself is beautiful. Inspire is from the Latin, meaning 'to be breathed upon; to be breathed into.' Just as I ponder the migrations of birds, I ponder the migrations of inspiration's light breeze. If it's not with me, where has it been? Who has it breathed upon while it was away, and when, and how? Over and over again, I have come to terms with the sad truth that inspiration never visits at my convenience, nor in accordance with my sense of timing, nor at the behest of my will. Most of all, the inspiration-wind has no interest whatsoever in what I think I want to write about."

Haupt is an ecophilosopher and naturalist who has has studied birds for much of her life; she has also worked as a raptor rehabilitator, and once this history became known in her neighborhood, "it seemed that all the injured birds within a fifty-mile radius had a way of finding me." So it's no surprise that birds are the focus of several of her books, including Crow Planet, Pilgrim on the Great Bird Continent, and Rare Encounters with Ordinary Birds. What did surprise her was when inspiration came in the form of a starling. 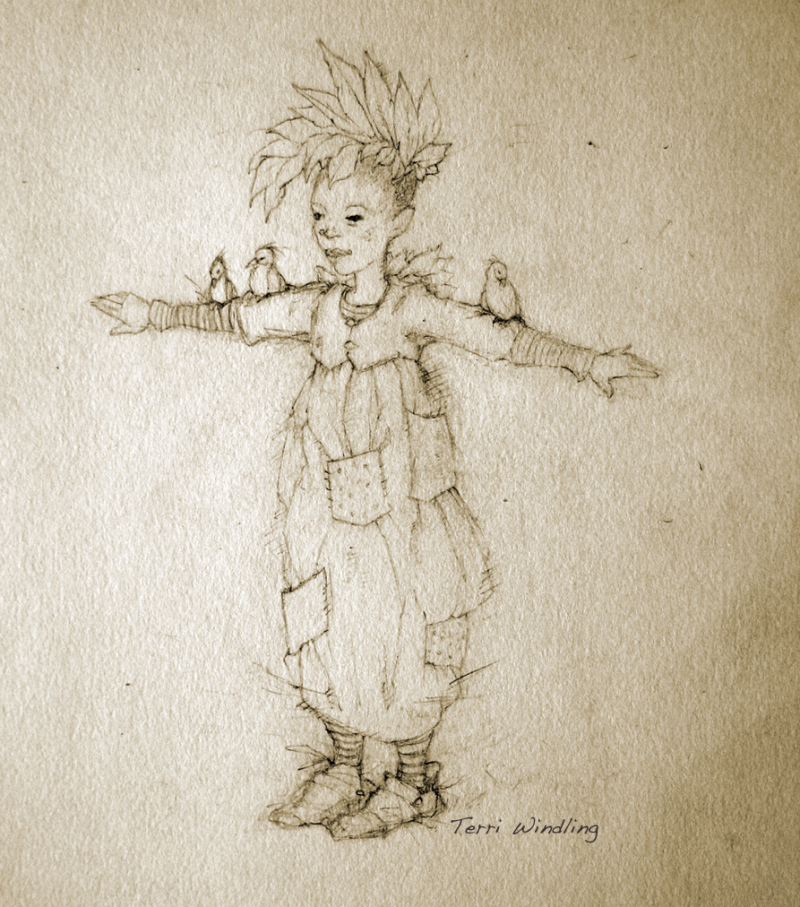 In conservation circles, she explains, starlings are easily the most despised birds in all North America: a ubiquitous, nonnative species that has invaded sensitve habitats and outcompetes native birds for food and nest sites.  One day as she sat at her desk, she looked out the window and saw "a plague of starlings" on a strip of grass beyond the house. Other birds find starlings intimidating, so Haupt pounded on the window to make them leave. This had little effect. "So I rapped the window harder," she writes, "and again they lifted. But this time, they turned toward the light and I was dazzled by the glistening iridescence of their breasts. So shimmery, ink black and scattered with pearlescent spots, like snow in sun. Hated birds, lovely birds. In this moment of conflicted beauty, a story I'd heard many times came to mind.

"Mozart had kept a pet starling." 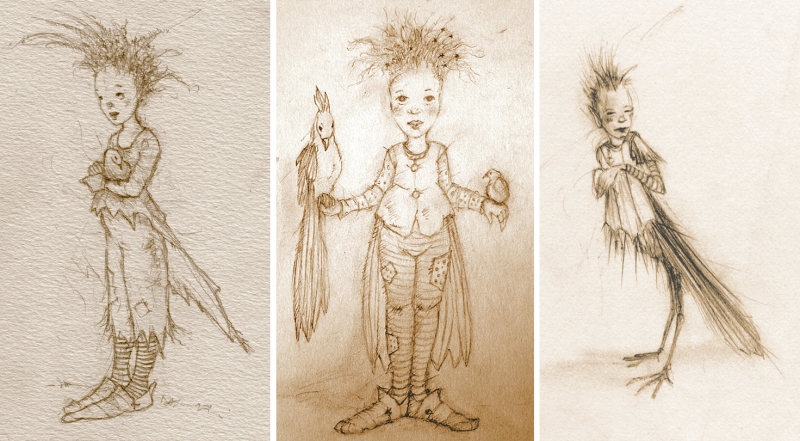 "Mozart discovered the starling in a Vienna pet shop," Haupt explains, "where the bird had somehow learned to sing the motif from his newest piano concerto. Enchanted, he bought the bird for a few kreuzer and kept it for three years before it died. Just how the starling learned Mozart's motif is a wonderful musico-ornithological mystery. But there is one thing we know for certain: Mozart loved his starling. Recent examinations of his work during and after the period he lived with the bird shows that the starling influenced his music and, I believe, at least one of the opera world's favorite characters. The starling in turn was his companion, distraction, consolation, and muse. When his father, Leopold, died, Wolfgang did not travel to Salzburg for the services. When his starling died, two months later, Mozart hosted a formal funeral in his garden and composed a whimsical elegy that proclaimed his affinity with the starling's mischievousness and his sorrow over the bird's loss." 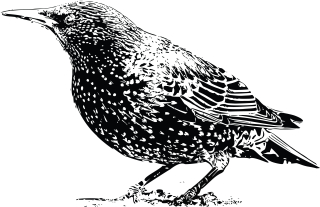 "What did Mozart learn from his bird? The juxtaposition of the hated and sublime is fascinating enough. But how did they interact? What was the source of their affinity? And how did the starling come to know Mozart's tune? I dove into research, making detailed notes on the starlings in my neighborhood. But gaps in my understanding of starling behavior remained and niggled, and within a few weeks I reluctantly realized that to truly understand what it meant for Mozart to live with a starling, I would, like the maestro, have to live with a starling of my own." And so she did. The resulting book is Mozart's Starling, which I highly recommend: a skillful blend of musical history, natural science, and personal memoir, with meditations on creativity, migration, and so much more.

"Following Mozart's starling, and mine," Haupt relates in the Introduction, "I was led on a crooked, beautiful, and unexpected path  that would through Vienna and Salzburg, the symphony, the opera, ornithological labs, the depths of music theory, and the field of linguistics. It led me to outer space. It led me deep into the natural world and our constant wild animal companions. It led me to the understanding that there is more possibility in our relationships with animals -- with all the creatures of the earth, not just the traditionally beautiful, or endangered, or loved -- than I had ever imagined. And in this potential for relationship there lies our deepest source of creativity, of sustenance, of intelligence, and of inspiration." 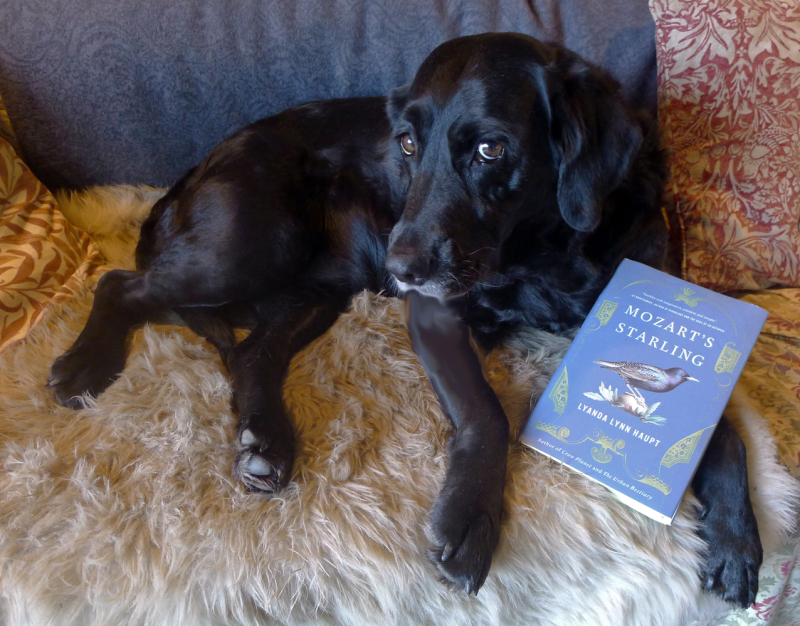 Words: The passages above are from Mozart's Starling by Lyanda Lynn Haupt (Little, Brown & Co., 2017); all rights reserved by the author. Many thanks to William Todd Jones (via composer Hillary Tann) for passing the book on to me.

Pictures: My collage "The Luminosity of Birds" and a various "bird children" from my sketchbooks. All rights reserved.

in From the archives | Permalink | Comments (3)

I though that a wonderful book. I look at the starlings in my yard differently now. I gave it to a friend and she gave me The Sound of A Wild Snail Eating, by Elizabeth Bailey, different sort of book, but a similar feeling. They are tied together in my mind.

In the creatures that intertwine with our lives, those we see daily and those that watch us from urban and wild places .....we share everything.
Lyanda Lynn Haupt

The hour's splendor is story. Intricate
as the sun casts his web
of light, the wind its breath, the spider her silk.
And in their netting of time

I become a wren
perched on a fence, watching
tall grass lean toward the pines. their trunks exposing

the wood work of beetle or worm. Totem-esque
carvings that call
night spirits home from their journey, mother birds
from their morning hunt. Memories from my tribe.

And in this daydream strung
between corners of the field,
I become a leaf
drifting toward the ruins of a mission
and clinging to its wall.

I feel the pulse of prayer, voices
of blue nuns who prayed
two centuries before. Their plainsong echoed
among night birds and stars, coaxed

cactus blossoms to open
and sigh with fragrance, expel
the soul of a maiden
who had escaped their tutelage

and become (as I remember)
a white- fringed moth.

Full circle...
I became aware of your blog via Mozart's Starling - at some point she mentions Myth and Moor, and I looked you up. Now you are introducing your readers to Lynn Haupt. I amg fateful to both of you.