The simple intensity of being alive
Myth & Moor update

The sídhe and the sìth 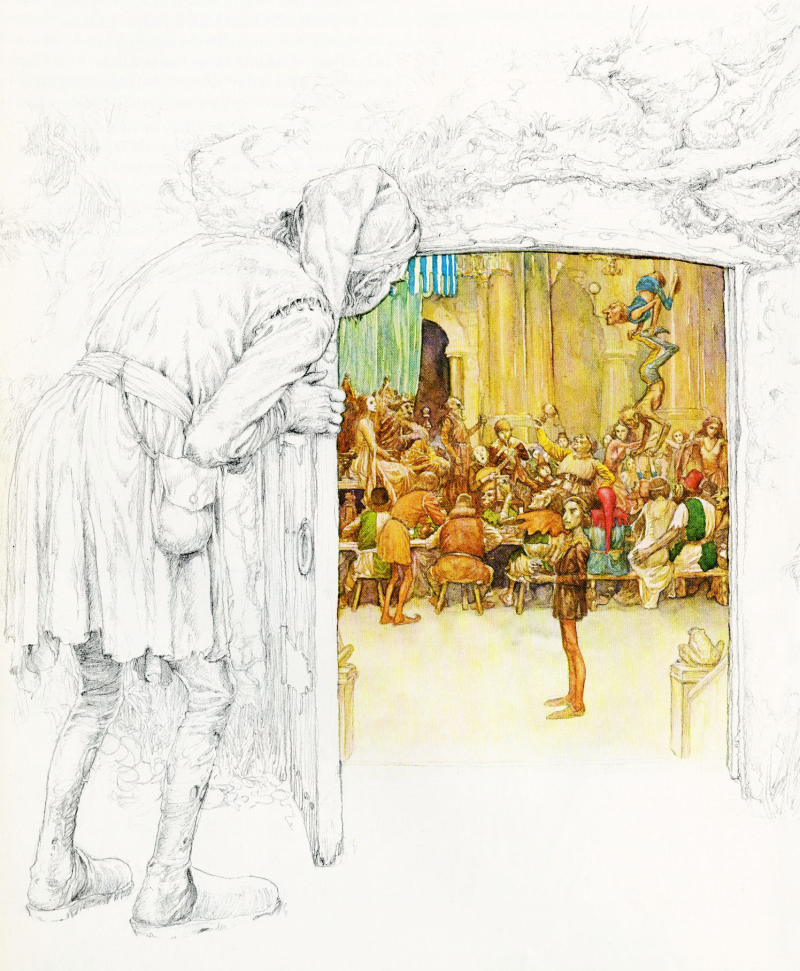 I'm focused on The Summer Isles by Philip Marsden this week, which I highly recommend seeking out. In the following passage, Marsden is en route from the northern tip of Ireland to the wild west coast of Scotland. He writes:

"The north and west of Ireland and the west of Scotland share a similar history, language, and ethnicity....Comparable too is the geology. The 'Dalradian Supergroup' is not a Glaswegian rock band but a band of rock, 'a metasedimentary and igneous rock succession that was deposited on the eastern margin of Laurentia between the late Neoproterozoic and Early Cambrian'. Right. It makes up a large part of the defining features of both Ireland and western Scotland, the same mountains, the same high sea-cliffs, the same curiosities (Giant's Causeway in Antrim, Fingal's Cave off Mull), the same peaks and open moor, the same islets and reefs, the same sense of a primal clash between rock and ocean. And it is that backdrop -- the gritty topography, the fractured shoreline, that has helped sustain the coastline's metaphysics, helped generate the wilder projections of outsiders and inhabitants alike, phantom islands from beyond its headlands, otherworlds from beneath its turf.

"In Ireland, they are sídhe, in Scotland, sìth -- each is pronounced the same: 'shee'. The fairy population share a folk DNA, as the human ones do. The definition of the Scottish folklorist John Gregorson Campbell covers them both: 'The Fairies, according to the Scoto-Celtic belief, are a race of beings, the counterparts of mankind in person, occupations and pleasures, but unsubstantial and unreal, ordinarily invisible, noiseless in their motions, and having their dwellings underground, in hills and green mounds of rock or earth.' 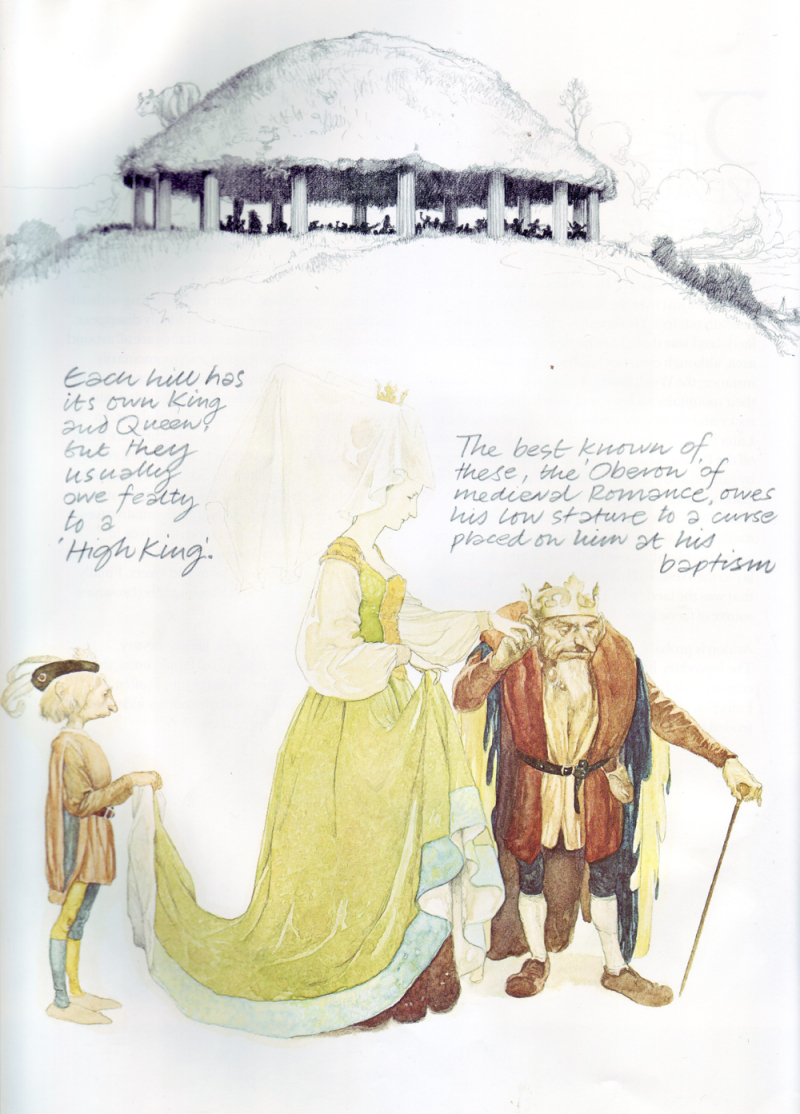 "In a piece published in the Scots Observer in 1899, W.B. Yeats noted how prevalent the 'fairy belief' remained in both countries. Over the years, though, the sídhe and the sìth had diverged. The Irish once, he claimed, were much better, or at least rather nicer: 'For their gay and graceful doings you must go to Ireland, for their deeds of terror to Scotland.' He cited the Scottish tale of a child cutting turf. The child is struggling, until a hand is pushed up out of the bog with a sharp knife. The child's brothers respond by slicing off the hand with the knife. Yeats claimed that would never happen in Ireland, where 'there is something of timid affection between men and spirits'. In Scotland, he claimed, an innate mistrust existed of that unseen world: 'You have made the Darkness your enemy...you have discovered the fairies to be pagan and wicked. You would like to have them all before the magistrate.' 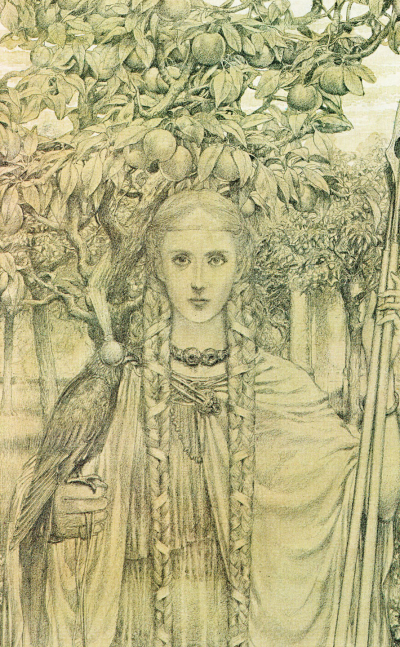 "As for the islands, the western coast of Scotland frays into many more actual islands than that of Ireland, but fewer imaginary ones. One tale that is found, though, in several versions in the Hebrides begins with a man in boat, lost in a fog. He comes across an unknown island, and landing on it, he meets a woman. He stays with her, they have children. After many years on the island, he goes back to his former life. One day when he is old and blind, the man is brought a fish that no one can identify. Fingering it, he recognizes its shape. He asks to be taken out to the waters where it was caught, and there is the island. He is put ashore, and he and the island disappear.

"It is a simple and beautiful story, and one that challenge's Yeats's partisan point. Many aspects of fairy belief do not stand up to any kind of literal scrutiny: little people living in holes in the ground, stealing the substance of people, or changing them into animals. But behind them lies a more persistent thought -- common not just to the closely related fairies of Ireland and Scotland but to belief worldwide: that other versions of our own life exist. They could be in the past, in the future, or in the never-never. They might be over the horizon, or on an imaginary island. But at one time or another, we will go looking for them. Perhaps we're always looking. " 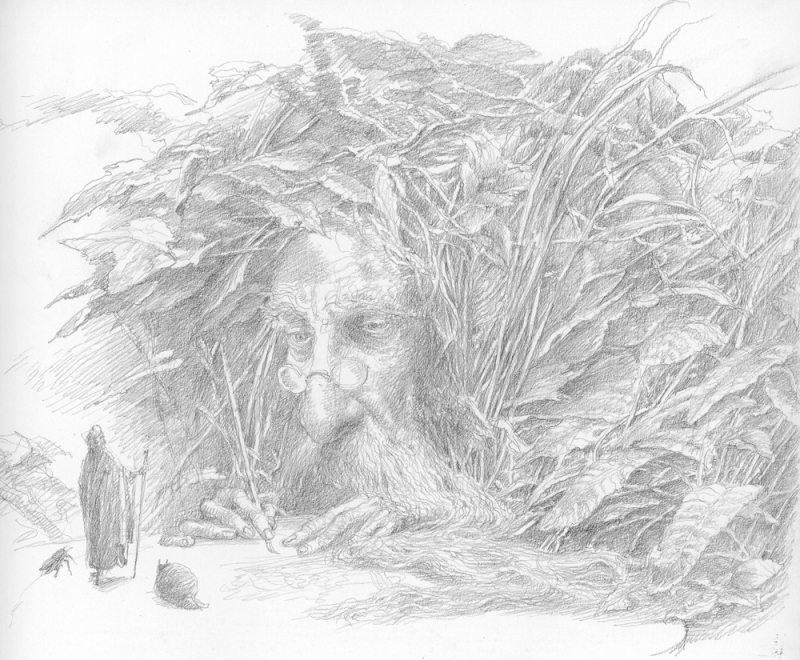 The art today is by my friend and village neighbour Alan Lee, recipient of the Kate Greenaway Medal for illustration, the Academy Award for film design, and many other honours. Some of the images above are from his classic book Faeries (with Brian Froud); other drawings are from Alan's private collection. To learn more about the wider range of his exquisite work, go here. 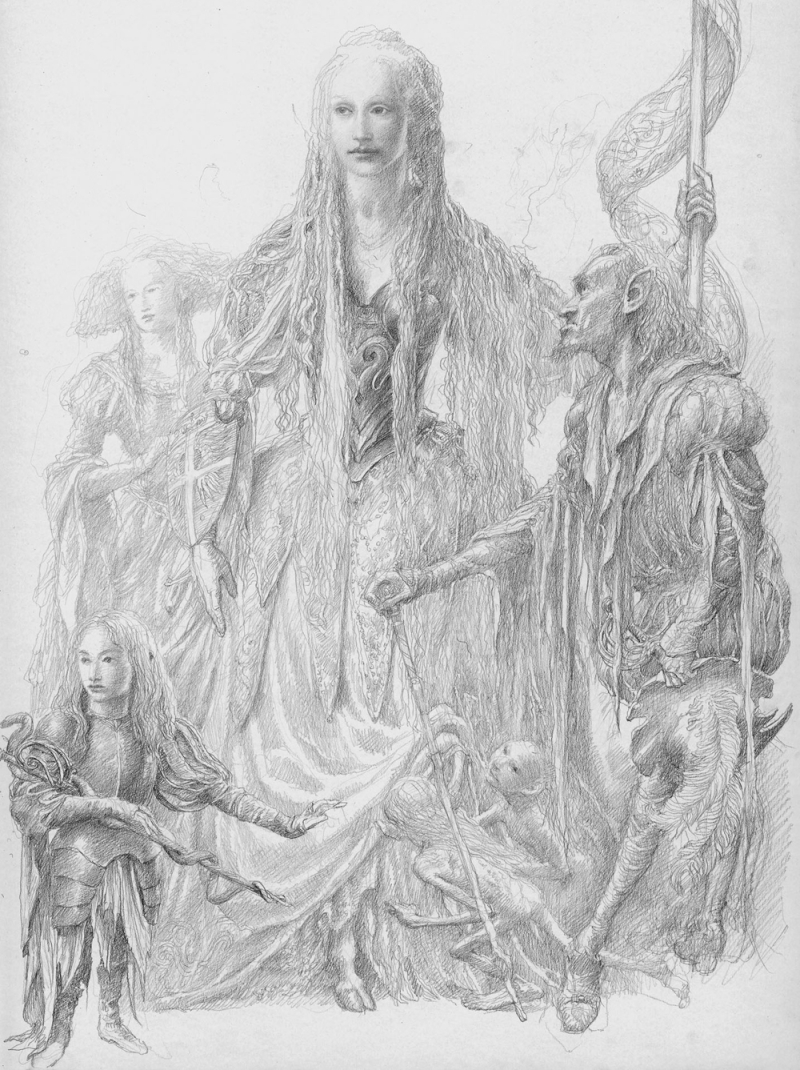 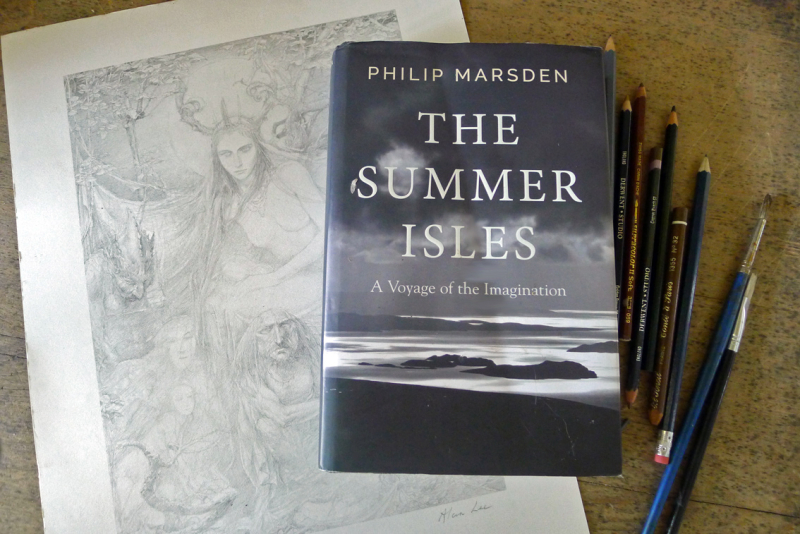 Words & Pictures: The passage above is from The Summer Isles: A Voyage of the Imagination by Philip Marsden (Granta, 2019). The artwork is by Alan Lee. All rights to the text and art above reserved by the author and artist.

Further reading: For more information on fairy lore, "Fairies in Legend, Lore, and Literature" and "Tales of Fairy Changelings."

Ah, the Scots.
I live among them.
I can see the giant hand
coming up from the green soil,
holding a large knife to help
the small girl struggling
at the gathering of turf.
And her brothers,
older, wiser in fairy ways,
grabbing the knife by its handle,
slicing the hand
that might have snatched her,
or cut her, or diddled her,
before anything bad could befall.
They are Scottish, not Irish,
expecting the worst
and so offering it first.
The hot blood, falling like rain,
scarring them all.
I do not know what happened
after.
Does it matter?
This was Scotland
where good deeds
are always punished
and bad always comes up
like an army from the south.

That's a chilling poem, Jane! And beautiful. My family and I were lucky enough to visit Scotland and Ireland last summer. A wonderful experience. We live in the Pacific NW, surely one of the most beautiful natural landscapes on the planet, but Scotland and Ireland did feel familiar and magical in a special way. I'm certain it's because of my lifelong interest in Fairy Stories and because so much of literature and music I love is from one or other. Thank you for sharing more of Alan Lee's incredible art, Terri. What treasures he's given the world!

I love that tremulous sense of other possibilities — I've been thinking about a few works of horror recently that have that effect. They're definitely horror, and only flirt with the possibility of another place pressing up against this world, and yet that sense of a curtain behind the sky adds a strange overlay of beauty to the horror.

Thanks, Edith. It IS a magical place indeed. Alas, I am not getting here this year.

I agree with Edith, this is both magically beautiful and chilling. As always you grab the reader with your wonderful use of words and sense of immediacy. This is riveting from start to finish. Thanks so much for sharing!

Take care, my best to you and yours,
Wendy

Elegy for A Sidhe

Over the years, though, the sídhe and the sìth had diverged.
Philip Marsden

If she passes
under cloven stone, shawled
with cobwebs and thrift,
the sea will hum
in mournful tides.
Her spirit will rise, drift
with the scent of Spring
To highland fields.
There, she will rest
graceful lady in wild green ---
her long hair trickling
into shadow, wind and grass, the cold
shimmer of dew.
And yet, her magic will be felt
in the sway of plants
prompting fish to spawn
or that wishbone of light
looming between mountains
after a thunderstorm.
If she fades
as change splits the earth,
she’ll be transparent
in our tears, those raindrops
on a forest leaf,
and pass into memory.
Her pale aura clinging
To all of us still
like rhyme to a poem
or yellow sands
to an island of sleep.

I hope you send that out to F&SF magazine, or Asimov's. It's gorgeous.

Thanks so much Jane,

Yes, will be definitely sending this one out; and thanks so much for the two suggestions. Other S.F. mags right now are closed to submission ;so I have been scouting the internet for ones that are open. Your help is so much appreciated!