The simple intensity of being alive 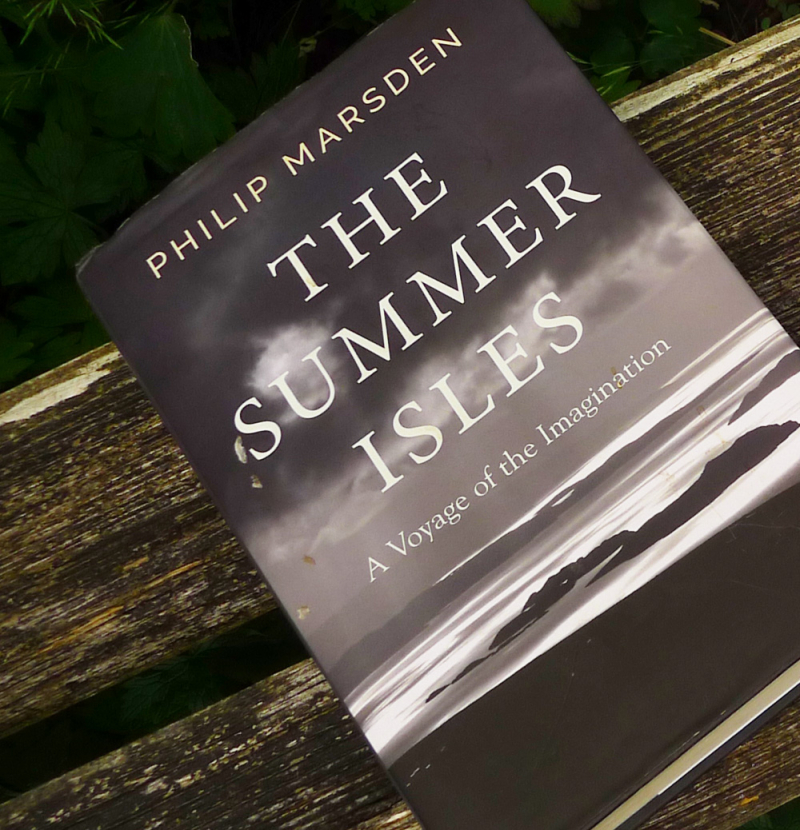 I'm focused on The Summer Isles by Philip Marsden this week, so here's a second passage from this wonderful book. The following section takes place on the unihabited island of Inishdooey, off Ireland's Donegal coast. Marsden writes:

"Long ago, when magic was still on tap for the righteous, Saint Dubhthach and Saint Columba had a competition. They both wanted the challenge of ministering to Tory Island, so they stood beside each other on the mainland, and each saint swung his crozier with huge force. Columba's landed on Tory, some five miles off. Dubhthach could only manage a couple of miles and his reached here, on Inishdooey.

"The walls of Dubhthach's monastery were still discernible. I stepped inside, with an immediate awareness of hallowed ground. Lumps of quartzite dotted the stonework. Above the east window, the stones of the lintel fanned out like a sunrise. The opening itself was little wider than a slit, designed to celebrate the daily wonder of light returning, by capturing so little of it. [...]

"Out on the high cliff, I lay face down to look over the rim. A pool was spread out far below, enclosed in an almost complete circle of sheer rock. The circle was perforated at sea level by several low arches, and the sun shone through these arches, filling the sea inside with a brilliant green translucence. Rays of light penetrated the top layer of water,  flickering beneath it like fish backs. It was a minor miracle, an everyday occurrence that went on happening even though there was no one to see it; the sort of prospect that once invited those solitaries living in such places to write:

Delightful I think it to be in the bosom of an isle
On the crest of a rock
That I may look there on the manifold
face of the sea.

"From across the golden centuries of Irish letters, few lines now have the raw impact of the verses known as the early 'nature poems'. What survives of them -- a fraction, probably -- suggests a tradition that began in its written form in about the eighth century. They were unlike anything else in medieval literature. What their authors drew on was what was normally sublimated to the collective or the divine, something that out here on the rocky fringes of the world was often in full flight: the individual sensibility. Their subject was the natural world -- so familiar, so quotidian, it was rarely considered worth writing about. But the verses' ease and confidence suggest that it had been expressed for a long time. 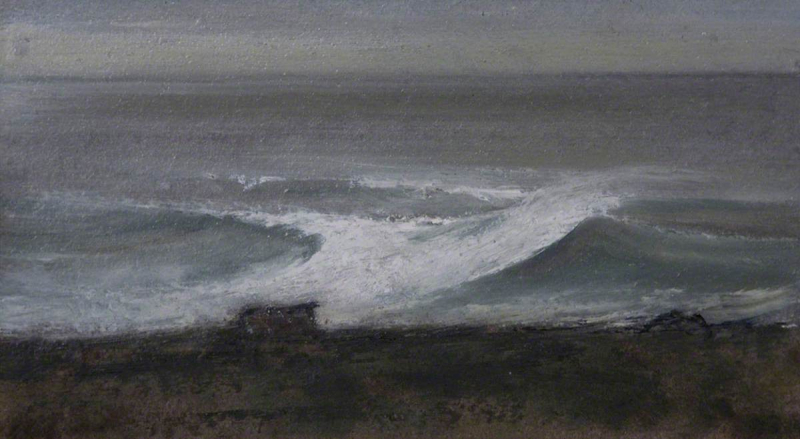 " 'Comparing these poems with the medieval European lyric,' wrote the scholar K.H. Jackson, who anthologized them, 'is like comparing the emotions of an imaginative adolescent who has just grown to realize the beauty of nature with those of an old man who has been familiar with it for a lifetime.' Seamus Heaney sensed in them the 'tang and clarity of a pristine world full of woods and water and birdsong'. He marvelled at the 'little jabs of delight in the elemental' noting that, in their distinctiveness, they make 'a spring-water music out of certain feelings in a way unmatched in any other European language.'

"The poems were the work of Irish monks, part-Christian in spirit and part-pagan, who pursued their devotions in the remotest of places, like here on Inishdooey. Some of the works were formal, or merged into longer cycles of story -- in Buile Suibhne or Immram Brain. Others were more direct -- simple observations, for instance, of the sounds heard outside a hermit's hut: 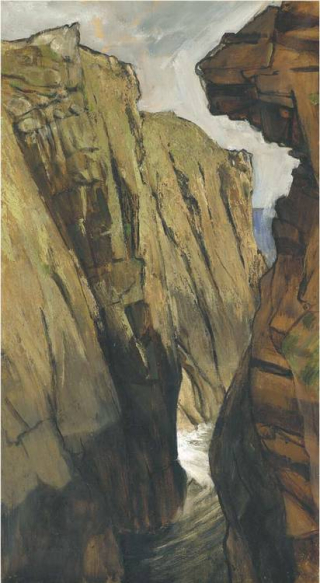 The voice of the wind against the branchy wood
Grey with cloud;
Cascades of the river,
The swans song, lovely music.

Or of a cherish island:

Gleaning of purple lichen on its rocks,
Grass without blemish on its slopes,
A sheltering cloak over its crags;
Gambolling of fawns, trout leaping.

From the late nineteenth century onward, the nature poems were rediscovered, translated and celebrated by Celticists, along with every other surviving word of early Irish. In 1911, Kuno Meyer defined them by their modest intent: 'To seek out and watch and love Nature, in its tiniest phenomena as in its grandest.' And he was not shy in declaring their significance: 'these poems occupy a unique position in the history of the world'.

"Like Japanese haiku and tanka, the Irish poems achieve their effect through immediacy. The act of recording what makes up a particular moment -- birdsong, trees, sun and clouds -- is more than just an assembling of scenic elements. It's a way of saying something timeless and urgent: do away with the not-here, this is what there is, the simple intensity of being alive:

The woodland thicket overtops me,
the blackbird sings me a lay, praise I will not conceal:
above my lined little book
the trilling of birds sings to me.

"Plain statement gives the verse the crisp purity of snow. 'Its makers', thought another of its scholarly advocates, Gerald Murphy, 'possessed a secret of keeping the reader's mind alert and happy, which they seem to have learnt from the story-tellers of the Old Irish period. It consisted in never saying more than was necessary, in passing rapidly over the abstract and discursive.' 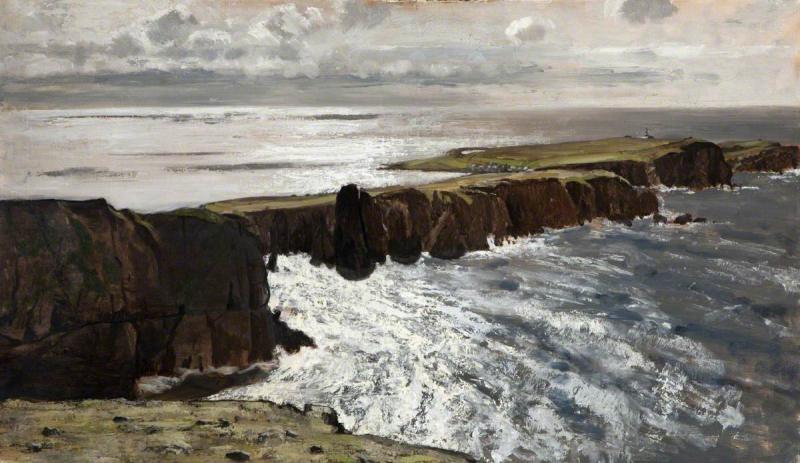 "Similar nature poems, of the same period, are found in Welsh. But one thing that distinguished the Irish ones is their treatment of the sea -- a 'genuine delight mingled with terror'. It is the view of people for whom the sea was a part of everyday life, a coastal or island view of what brought pilgrims and supplies, storms and raiding Norsemen, and which offered the physical backdrop to prayer and contemplation. 'The ocean is full, the sea is in flood / Lovely is the home of ships.'

The same focused attention can be found in the marginalia of the period. While the monks dutifully transcribed Latin texts from one manuscript to another, they often jotted down their thoughts, in Irish, on the edge of the page. In themselves they are hardly revelations, but in the context of their time, their confessional tone is remarkable. On one manuscript from the early ninth century -- Cassiodorus's commentary on the Psalms -- is a series of scribblings that offer an almost filmic view of the scribe, a sentient individual. He complains about the vellum. One folio is too 'hairy', another too 'bald'. He is feeling slow: 'My brain is heavy today. I don't know what is the matter with me.' The scriptorium he works in is chilly and gloomy: 'It's cold today. It's only natural. It's winter.' 'Welcome to us is the season coming next. We won't hide what it is -- it is summer.'

"The changing seasons produced some of the most powerful of the Irish nature poems. To celebrate the hinge-points of the year were the two great annual festivals -- Bealtaine and Samhain. At the beginning of November, Samhain marked the moment when the harvest was all done, the fruits gathered and the meat ready for salting. But the Irish winter poems go far beyond the practical. In their unadorned details, they manage to suggest not only deep threat but also the sensation of the coming season, in all its wild beauty. It's hard to read such lines without shivering:

My tidings for you: the stag bellows,
Winter snows, summer has gone.

Deep-red the bracken, its shape all gone -
The wild goose has raised his wonted cry.

Cold has caught the wings of birds,
Season of ice - these are my tidings.

"I looked north across the water, towards Scotland. The evenings were growing longer, the early mornings chillier. There was still a long way to go before the Summer Isles, and autumn was now waiting at the days' edges." 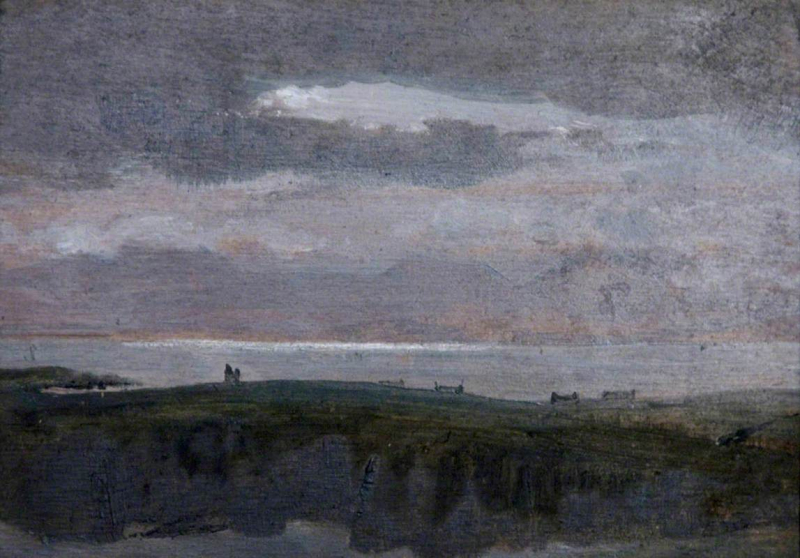 Words: The passage above is from The Summer Isles by Philip Marsden (Granta, 2019); all rights reserved by the author.

Pictures: The paintings are by Derek Hill (1916-2000), an English portraitist and landscape painter who spent many years working from a hut on Tory Island, near Inishdooey. The early Irish manuscripts pictured are The Book of Dimma (8th century) and details from The Book of Kells (9th century). To learn more about them, visit the online "Early Irish Manuscripts Project" from the Library of Trinity College Dublin.

A related post from earlier this year, on the Celtic monks of Ireland & Scotland: "Self-isolation and the peregrini."

There is nothing small in nature
that is not also grand,
the bark of each tree
does not mask its height
but guarantees it,
Butterfly’s wings
lift it into the sky.
Spider’s web
grows ever larger
the longer it spins
the roadmaps
of its own insides.
Even a worm
can carve out tunnels
faster and more intricate
than you or I.
Yet we believe ourselves large
in the world who are small
compared to horse, rhino,hippo,
dinosaur, Leviathan.
We build monuments, towers, statues,
naming them after ourselves,
never crediting termites,
moles, honeybees,
for our ideas,
making us very small indeed.

Thanks, Terri. I have been slow this past few days with writing and with life.

A very interesting essay. Thanks for sharing. I know that Marsden is one of the founders of Travel Intelligence, a travel publishing company.