Because the 4th of July has just passed, today's music is all from America -- the beautiful, troubled, complicated country I was born and raised in. Rebecca Solnit writes: "For anything you can say about the United States, you can also say the opposite: we're rootless except we're also the Hopi, who haven't moved in several centuries; we're violent except we're also the Franciscans nonviolently resisting nucelar weapons out here; we're consumers except the West is studded with visionary environmentalists." It's a land of extremes, but also of every possible gradient on the lines in between.

For me, the salient fact about America is its enormous diversity. The music today represents just some of the many, many musical traditions expressing the energy, poignancy, spiritual depth and complexity of American culture. It's a country I love and despair of in equal measure, yet I'm glad that it's where I am from.

Above: "The March" by the country band The Chicks (formerly known as The Dixie Chicks), from their new album Gaslighting. Many thanks to Lunar Hine for recommending this one.

Below: "Motel in Memphis" by the American roots band Old Crow Medicine Show. The song appeared on their album Tennessee Pusher in 2008, but the video was released last month in support of Black Lives Matter.

Above: "Build a House" by singer/songwriter and bluegrass banjo player Rhiannon Giddens, accompanied by cellist Yo-Yo Ma. Both musicians are national treasures. The video was released last month in honor of the 155th anniversary of Juneteenth.

Below: "Peze Cafe" by Leyla McCalla, a Haitian-American musician based in New Orleans who sings in French, Haitian Creole, and English -- reminding us that America has been a land of many different languages since its beginnings. The song is from McCalla's fine album A Day for the Hunter, a Day for the Prey (2016). She also appears on Songs of Our Native Daughters, a fabulous collaboration between four Black women banjo players: McCalla, Rhiannon Giddens, Amythyst Kiah, and Allison Russell.

Above: "Rivermouth" by Rising Appalachia (Leah and Chloe Smith), based in the southern Appalachian region and Louisiana, mixing the musical traditions of both regions. The sisters are activists as well as musicians, working with Mississippi River, Gulf, and Klamath water protectors and other Waterkeepers around the world to preserve drinkable, fishable, swimmable water for everyone, everywhere. The song is from their sixth album, Wider Circles (2015).

Above: "Aqui No Será" by the Latin hip-hop/salsa/funk/jazz fusion band Ozomatli, based in Los Angeles, with Tylana Enomoto and Chali 2na. Ozomotli guitarist Raúl Pacheco says: "This is a song I heard on a mix tape in college titled Chicano Power, written by Enrique Ramirez. It contained not only Chicano anthem songs, but other songs from different regions about political struggle throughout the Americas."

Above: "Love Letters to God" by Nahko Bear (a musician of Apache, Mowhawk, Filipino, Puerto Rican heritage) with his band, Medicine for the People. The song appeared on Hoka (2016). The video was filmed in support of the water protectors at Standing Rock in the Dakotas.

Below: "One World (We Are the One)," a collaboration between IllumiNative and Mag 7 intended "to show the richness, diversity, and beauty of Indian Country." IllumiNative is a Native-led initiative challenging Native stereotypes in popular culture, and encouraging authentic portrayals of Native communities. Mag 7 is a collective of seven MCs and songwriters from different indigenous nations: Drezus (Plains Cree), Supaman (Crow), PJ Vegas (Shoshone/Yaqui), Kahara Hodges (Navajo), Doc Native (Seminole), Spencer Battiest (Seminole), and Emcee One (Osage/Potawatomi).

Above: "Love Will Find a Way" by the wonderful musician and activist Michael Franti, with his band Spearhead. The video was directed and produced by Franti, and released in November, 2016. He says: "Diversity needs you. Equality needs you. Justice needs you. Love needs you."

Below: "Rise Up" by R&B singer/songwriter Andra Day, from her first album Cheers to the Fall (2015).  Day writes: "All we need is hope, and for that we have each other."

''When I dare to be powerful," said poet and activist Audre Lorde, "to use my strength in the service of my vision, then it becomes less and less important whether I am afraid.'' 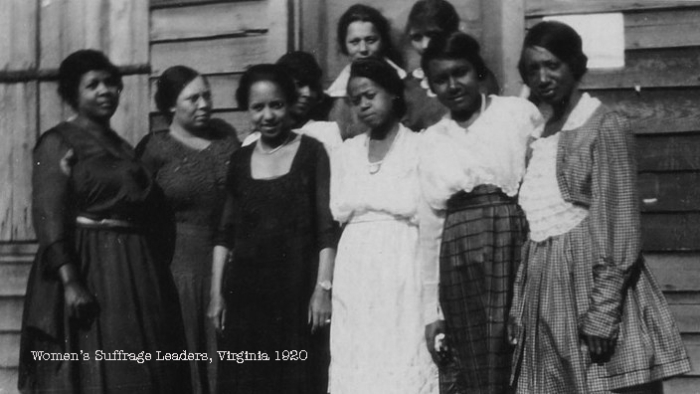 Love the many examples of the best sounds of the United States. I hope this Monday of Tunes means you and your nurse have recovered spoons and well-being. Much aloha and love, Moki

I suggest you stay away from politics if you want people to read your posts!

Mokihana: Thank you, dear. Howard and I are s-l-ow-l-y getting better...much to Tilly's delight!

And thank you again for joining us for Howard's performance of Theatre is Dead! I deeply appreciate your constant support over the years.

Ella Treman: My politics of kindness and inclusion are integral to my work, my art, and the person I am, and I have never hidden the fact that I am activist as well as an artist. Anyone who has a problem with this has always been welcome to stop reading Myth & Moor.

Terri, pay no attention to the trollbot. Though it does bring up point - those who think that "mythology" only extends from the Ancient Greeks thru the Celts and the British, might try to fool themselves (on a surface reading) that your sympathies are similarly restricted.

I love it when your insights on folklore pulls in your knowledge of international mythology and folktales as well. It would be lovely to see more African & Black artists & writers intertwined with it...

(No, I have nothing useful to suggest here - I don't have the breadth of knowledge & imagination that you do!)

I dip into your page to read for a moment about crossroads for a minute, and then an hour later I emerge from the rabbit-hole thinking about their significance & five other things as well.

Never worry about time between posts. Know that your essays are appreciated by more lurkers than you know! Hoping that living in interesting times brings unexpected opportunity your way.

Thank you so much, J.