A figment of fog
The man who loved islands

On the Isle of Jura 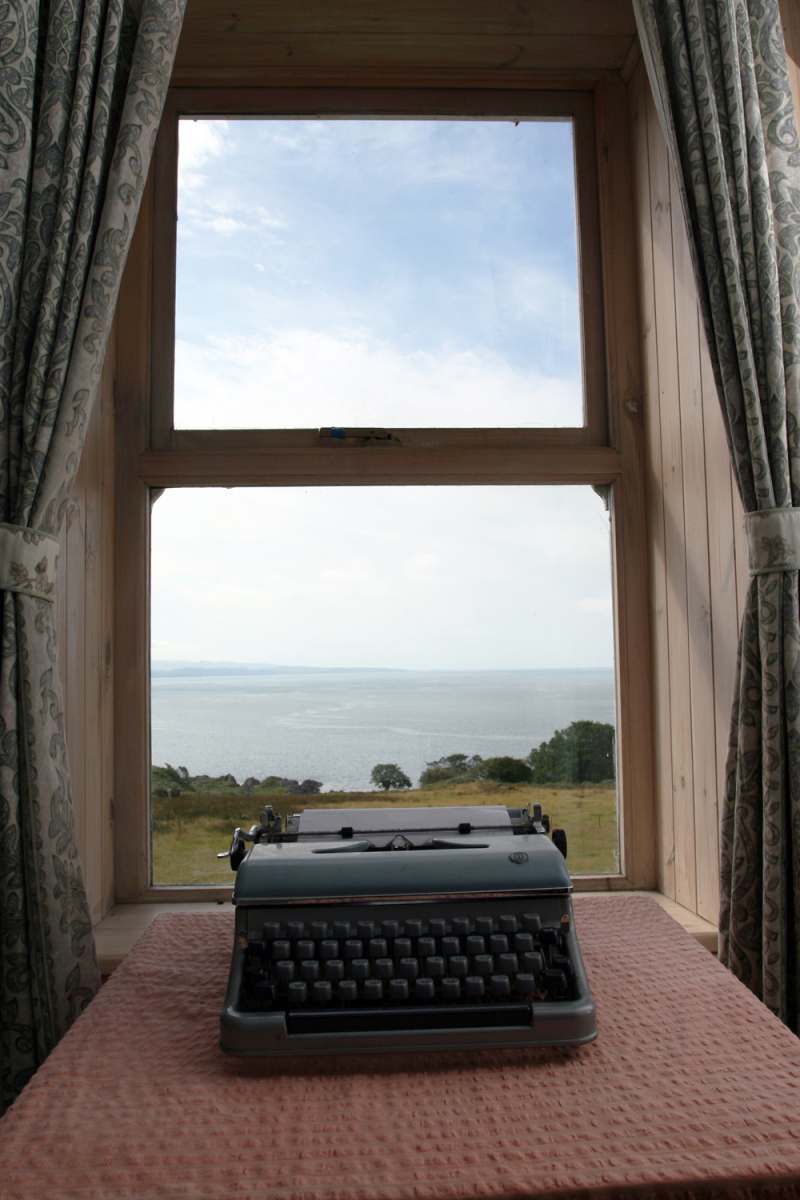 Three years ago when Howard and I travelled up to the west coast of Scotland and the Isle of Skye, I took Madeleine Bunting's Love of Country: A Hebridean Journey to read on the long train ride north, and found it to be a perfect introduction to the landscape and culture I would soon be immersed in. Bunting's book is lighter in tone and scope than those previously discussed (Philip Marsden's The Summer Isles and David Grange's The Frayed Atlantic Edge), but I don't mean that in a pejorative sense. If her book has more of a travelogue quality, it's nonethess informative, perceptive, and engaging, providing a good overview of an archipelago rich in history and story.

Like Marsden and Grange, Bunting writes about the western islands from an outsider's perspective, following the footsteps of authors who've been drawn to these wild shores for generations. In her chapter on the Isle of Jura, example, she visits Barnhill, the ramshackle farmhouse where George Orwell retreated to write his dystopian classic, Nineteen Eighty-Four. In Orwell's day, Bunting tells us,

"there was no daily postal service, no telephone and no electricity at Barnhill. The nearest shop was a twenty-five mile round trip, the nearest doctor was on Islay. Orwell was delighted: the place was 'extremely unget-at-able' he declared. He had fled the telephone, the requests for journalism and the busy chatter of London life, he explained in letters. 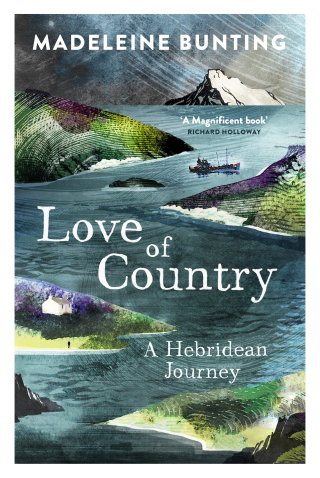 His recurrent fear of assassination since his time in Barcelona in 1936-7 abated, although he still kept a gun at hand. But he wanted his friends to visit and gave detailed instructions for the forty-eight-hour journey from London, with train and ferry times. What resulted were some tense ménages with assorted friends and relatives, which [his sister] Avril was left to deal with when Orwell retreated to his room with his typewriter. One visitor, a young student, David Holbrook, reminisced, 'I wanted to talk to him about life, about politics, Spain and that sort of thing, but he was wheezing away about an Arctic tern.'

"Orwell's letters portray Barnhill as a powerful emotional counterbalance to his pervasive pessimism in those years. After an autumn spent in bed in the damp house in 1947, he was taken to a Lanarkshire sanatorium for treatment [for tuberculosis] and he wrote to a friend, 'Not much use worrying about Palestine or anything else. This stupid war is coming off in about 10-20 years and this country will be blown off the map whatever else happens. The only hope is to have a home with a few animals in some place not worth a bomb. If the show does start and is as bad as one fears, it could be fairly easy to be self-supporting on the island provided one wasn't looted.' His comments owed much to that mid-20th-century British conception of islands, and the Hebrides in particular, as salvific, the last refuge. 'When one considers how things have gone since 1930 or thereabouts, it is not easy to believe in the survival of civilization,' he wrote. The first title he had considered for Nineteen Eighty-Four was The Last Man in Europe. On stormy nights in Barnhill, his sense of foreboding may have led him to think he was writing about himself.... 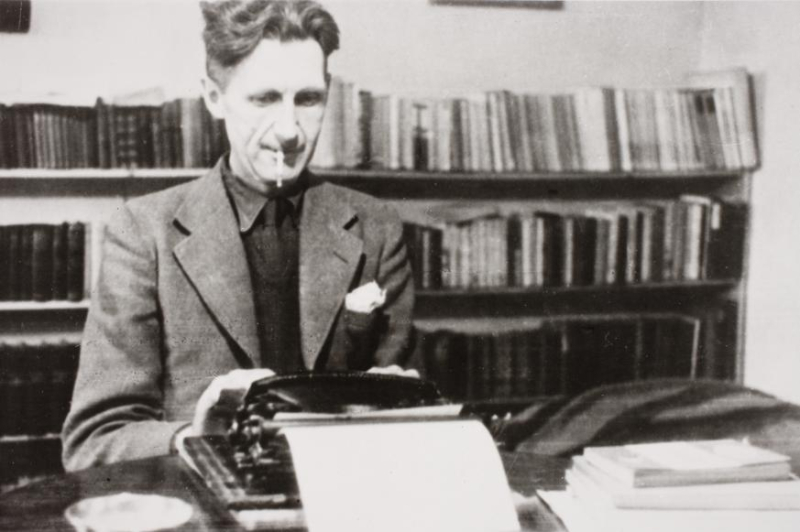 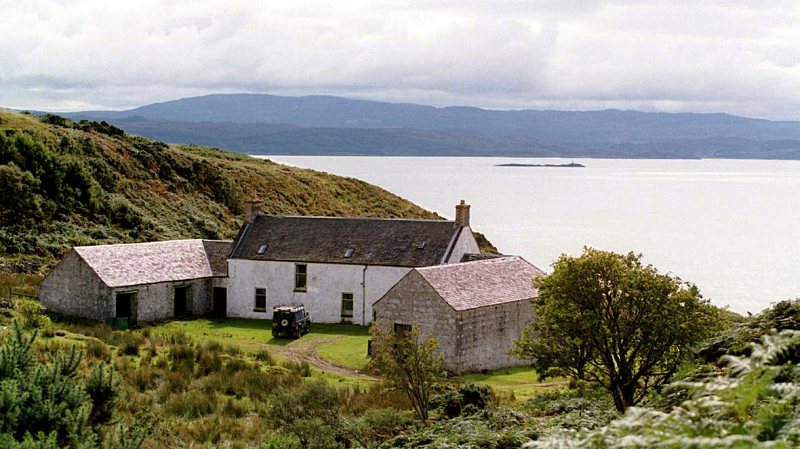 "Jura's remoteness was Orwell's only explanation for his decision to move there. But given his deep love of the English countryside, it was an intriguing choice. There were plenty of remote houses in England where the farming and gardening might have been more productive. Jura was a landscape unlike any other he had lived in, and it enabled him to produce a novel which was quite unlike anything else he had ever written, and at a speed, despite his illness, which he had never managed before.

"Barnhill gave him the vantage point from which to create its opposite in Nineteen Eighty-Four. The character Julia offers the one glimmer of hope in the book; her unabashed love of sex was 'above all what he [Winston] wanted to hear' because it was 'not merely the love of one person but the animal instinct'. Living at Barnhill gave Orwell an experience akin to Julia's 'animal instinct', of a deeply experiential, instinctive world away from abstractions.

"In Nineteen Eighty-Four Orwell describes people who can no longer understand freedom or truth because history has been corrupted, repeatedly rewritten in the 'Records Department', and in the process their identity and that of England has been erased. Freedom is no longer imaginable because there is no language to describe it; as the state functionary Syme says, 'Don't you see that the whole aim of Newspeak is to narrow the range of thought? In the end we shall make thoughtcrime literally impossible, because there will be no words in which to express it.' At one point, Orwell's character Winston Smith can no longer remember his parents. He asks himself, 'Did his parents live in England? England was its name, he thought, or Britain.' 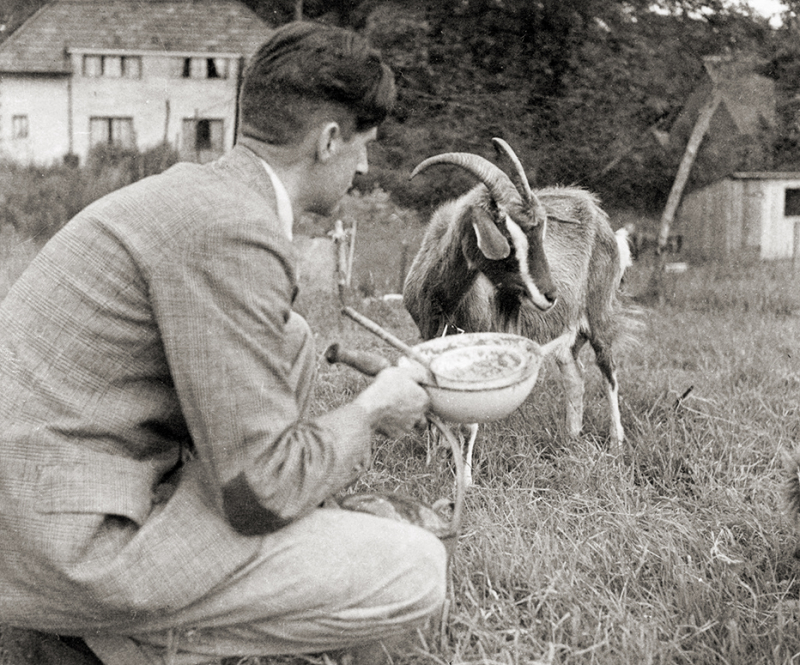 "Orwell was writing these lines when living amongst a Gaelic community; the neighbouring crofters with whom he shared the tasks of harvesting would never have been allowed to forget their parents, or where they had lived, given the Gaelic emphasis on genealogy and place. Did Jura and its losses -- of language and history -- creep into the background texture of Nineteen Eighty-Four, providing small details in the vision of how identity -- and thus freedom -- were lost?

"Literary critics of Orwell's work tend to regard Jura as incidental, no more than a backdrop, and their focus has been on Orwell, the man. Their references to Jura have often been simply comments on its remoteness. But Orwell had an acute sense of place; he understood how it expressed history and generated identity. He used vivid evocations of both city and countryside to express his most important political ideas in books such as Keep the Aspidistra Flying, Coming Up for Air, and Down and Out in Paris and London. This Atlantic edge of Britain has been a battleground for different interpretations of freedom, and how history and identity create the conditions for them, as I was to discover several times on my journeys. What Orwell found on Jura were reminders of those freedoms which had been lost in urban Britain, and which sustained and inspired him." 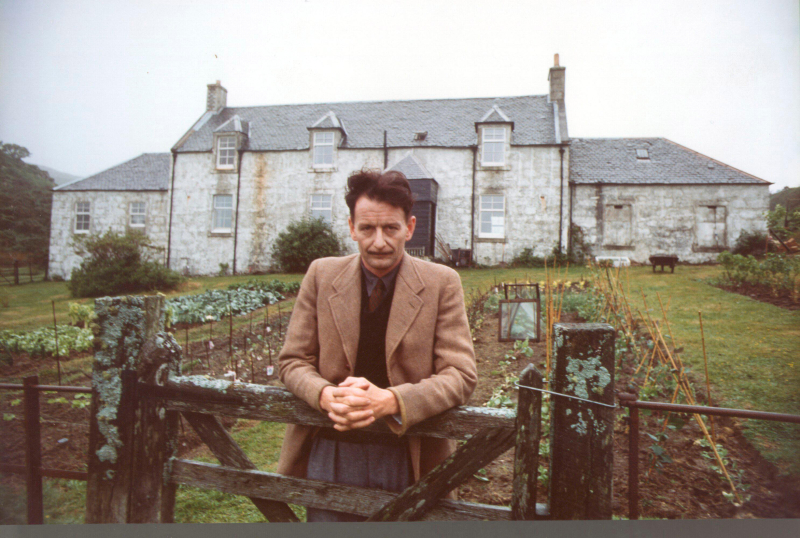 Bunting's book is full of vivid snapshots like this of people, places and stories throughout the Hebrides. She's a fine raconteur and a good traveling companion for readers who prefer some gentle island-hopping to vigorous journeys by sailboat or kayak, or as a follow-up to such epic adventures. 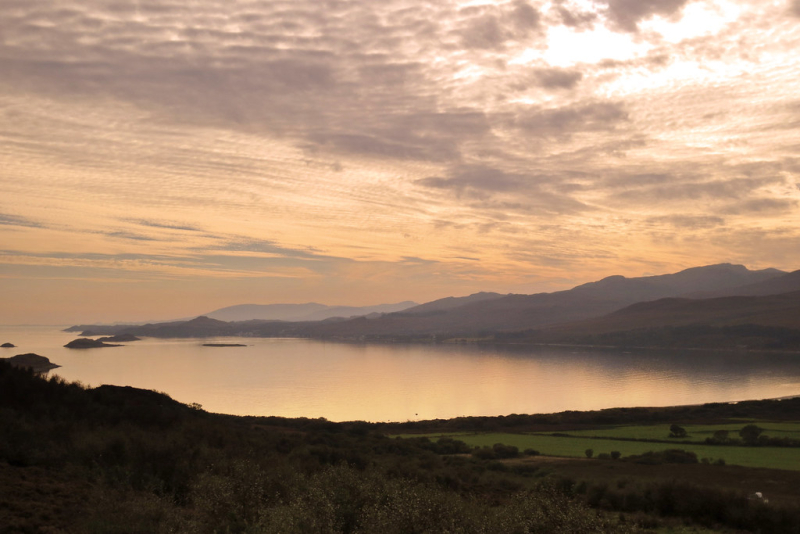 Words: The passage above is from Love of Country by Madeleine Bunting (Granta Books, 2016). All rights reserved by the author.

Pictures: George Orwell on the Isle of Jura in the 1940s.

A fascinating post, I must read more Orwell. I have always hankered after visiting Jura but have always succumbed to the pull of Skye and the Western Isles. It has been 3 years since my last visit, to Lewis, with Tup (our last holiday together).

Lovely post--thank you so much for the recommendation. I am adding this book to my reading list. :)