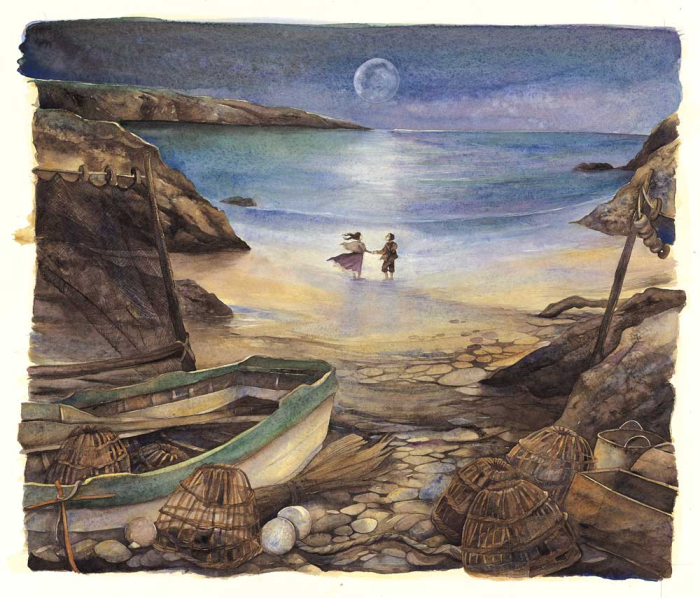 Above: "Faoiseamh a Gheobhadsa" performed by Zoë Conway and John Mc Intyre, a husband-and-wife folk duo from Ireland. The song appeared on their second album, Allt (2018).

Below: "Blackwaterside," a traditional Irish song (in English) performed by Muireann Nic Amhlaoibh, from her new album Thar Toinn/Seabourne (2o2o)

Above: "Fear a Bhata (The Boatman)" sung by Irish singer and banjo player Alison Helzer. The song appeared on her debut album, Carolan's Welcome (2010).

The beautiful art today is from The Seal Children by Jackie Morris.

Beautiful selections. I especially liked the song by Zoe Conway and John Mc Intyre and Muireann Nic Amhlaoibh's "Blackwaterside". I look forward to exploring more of their music.

I don't believe I had listened to either before.

And I love Julie Fowlis, who I discovered on this blog long ago.