On the Isle of Jura
Tunes for a Monday Morning

The man who loved islands 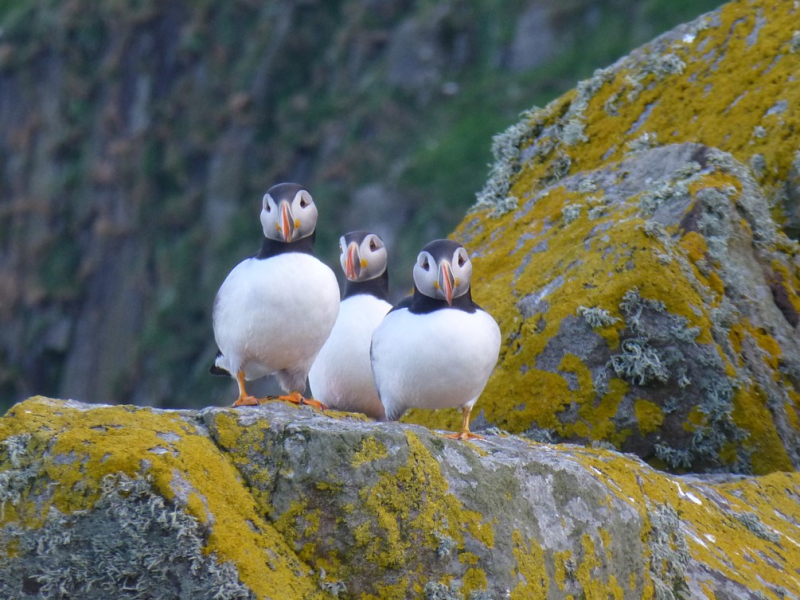 For arm-chair explorations of the islands of Great Britain, I have one more recommendation for you: Islander: A Journey Around Our Archipelago by natural history writer Patrick Barkham. The structure of this quirky and engaging book was inspired by a D.H Lawrence story, "The Man Who Loved Islands" (1928). As Barkham explains: 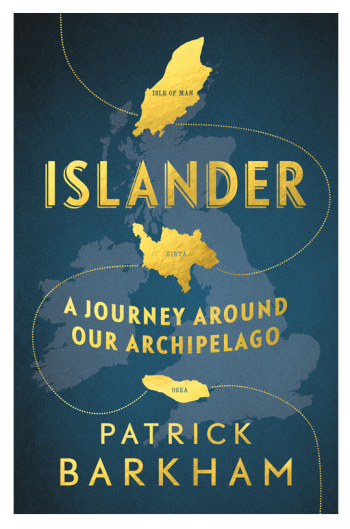 "Lawrence's fictional hero, who is called Mr. Carthcart, buys a haven of gorse, blackthorn and granite, four miles in circumference, somewhere beyond the British mainland. For a while, he adores his island home, working alongside the thirty-odd people who are his tenants and employees. Soon, though, he realises one inescapable truth about small islands: living on a rock surrounded by the ocean is prohibitively expensive. His capital disappears in renovations. Projects fail. 'His' islanders quietly mock and exploit him.

"Our hero's solution is to downsize. He takes his most fanciful carpenter, and a widow and her daughter to keep house for him, to a smaller island. For a while he finds peace, and compiles a list of every flower in this tiny place. Things take a typically Lawrentian turn, however, for our island idealist sleeps with the widow's daughter, Flora. She has a child, and the man who loves islands realises that he has sabotaged his quest for peace. So he removed himself once more to a concrete hut on a bleak island-rock on which he no longer does anything but dream, living alongside a cat, and then alone. He sleeps, hallucinates and, eventually, goes mad and dies.

"It is a simple story of disillusionment and, like the best kind of fable, niggles away at the reader." 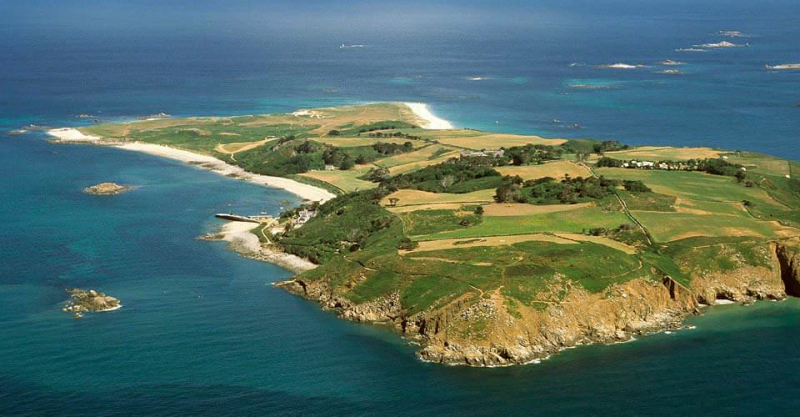 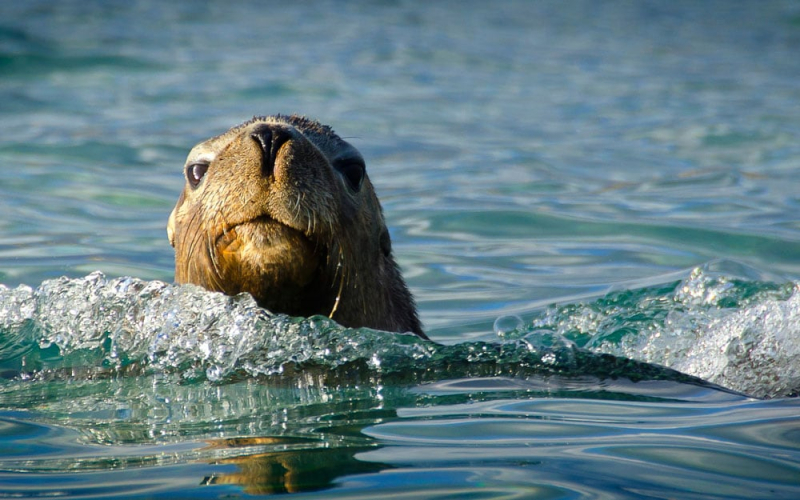 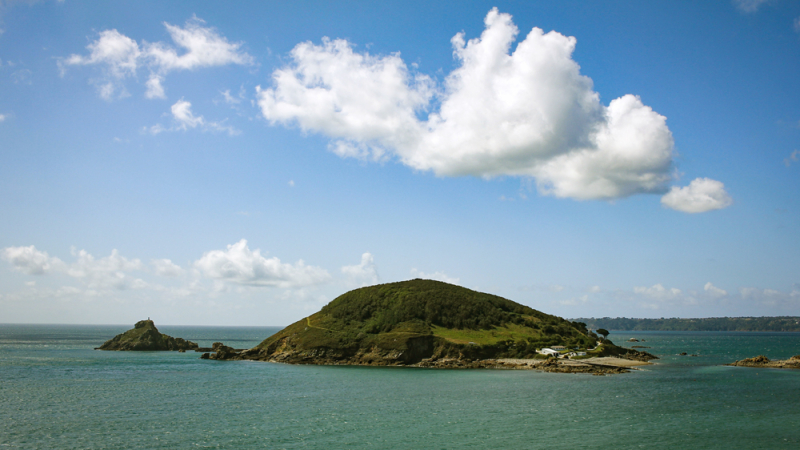 Digging into the history of the story, Barkham learns that Lawrence based its details on real life. He writes: 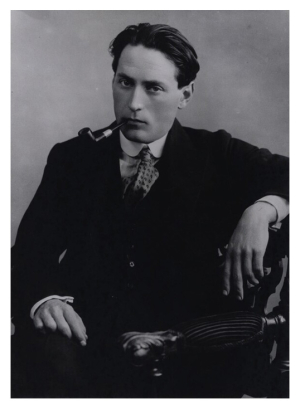 "The man who loved islands, Mr. Carthcart, was a real man, a friend, fellow writer and rival. Compton Mackenzie is barely known outside Scotland these days and is not much remembered within it. The name rings a bell for those who have watched the film or read the book Whiskey Galore -- his 1947 tale of fictional islanders salvaging thousands of bottles of whiskey from a wartime shipwreck -- but I wonder why he is not better known. He was admired by Henry James, Virginia Woolf, F. Scott Fitzgerald and George Orwell. He averaged more than a book each year of his long life, an unceasing flow of four million published words, including ten -- ten! -- volumes of autobiography he penned in his eighties. He also played a major role in many of the great events of the 20th century -- he was a brilliant spy in the First World War, an inventor of bureaucracy, a founding father of the Scottish National Party (despite being born in England), a pioneer of music journalism, and an early entertainer on BBC radio and television. Here was a feted author and brilliant raconteur, a handsome if rather bird-like man with a mop of black hair that his friend Eric Linklater once likened to a raven shot on its nest. Sir Compton Mackenzie was clever, witty, well connected and celebrated in his lifetime. Now, less than five decades after his death, he is vitually forgotten. Are islands something to do with it? 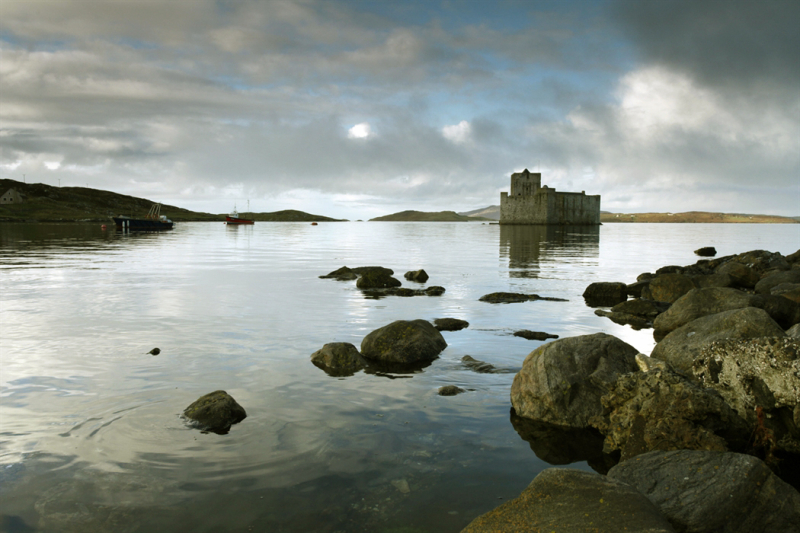 "The island-infatuation of idealist, extravagant, egotistical, foolish and tragic Mr. Carthcart -- or Compton Mackenzie -- fascinated me. Why did Lawrence write so unsparingly about a friend? What became of their friendship? And how did Mackenzie's life on small islands actually unfold? I also ponder the universal truths in Lawrence's brief exploration of small-island life. His story reveals the lure of islands for idealists, the clash between dreams and financial reality, and the tension between the individual's need for liberty and his or her need for society. In Lawrence's view, the past is unusually present on small islands. They are dangerously seductive places for people seeking to escape the mainstream who swiftly discover they cannot escape themselves." 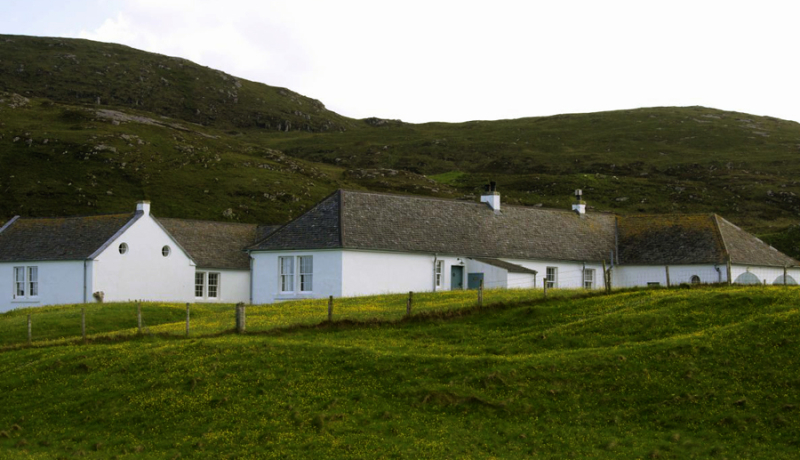 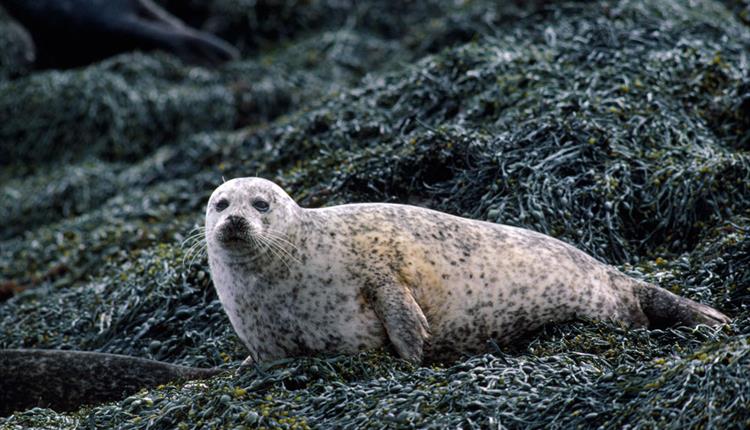 Wondering if Lawrence was correct, Barkham travels to eleven islands throughout the British archipelago. Moving, like Carthcart and Mackenzie, from large islands to those that are smaller and smaller, he seeks to understand the dream and the reality of island life, historically and today.

The story of Compton Mackenzie is colourful, loopy, and fascinating, and Barkham tells it well. If you, too, love islands and odd corners of literary history, I recommend Islander. It is a delight. 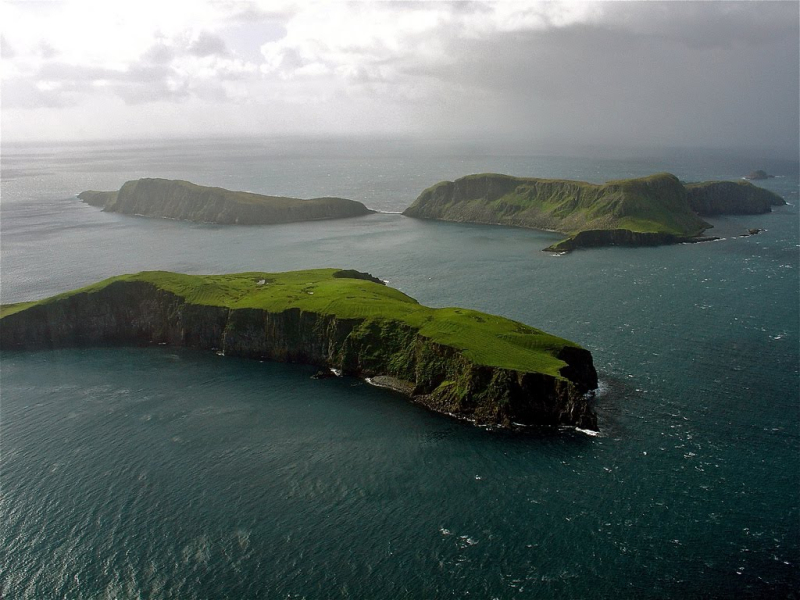 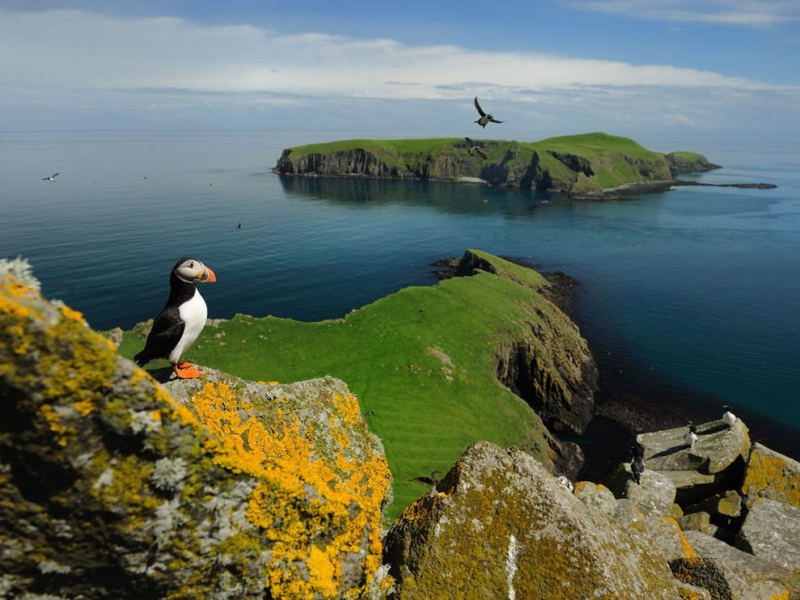 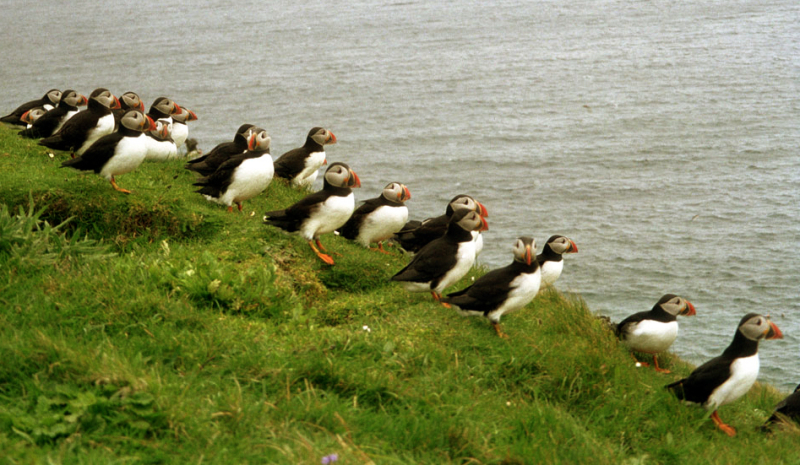 Words: The passage quoted above is from the introduction to Islander by Patrick Barkham (Granta Books, 2017). All rights reserved by the author.

Pictures: Herm and Jethou in the Channel Islands, owned by Mackenzie in the 1920s; the Isle of Barra in the Outer Hebrides, where he lived from the 1930s onward (and on which he is buried); and the Shiant Islands (near the Isle of Lewis), which he owned from 1925-1937. The Shiants are an important breeding place for Atlantic Puffins and other seabirds.

The islands are insistently tugging me ever northward, and ever westward to a cottage at the edge of the world with an appropriate collection of books, music and whisky, and a joyful black dog.

Thank you for the recommendation.

That story of Lawrence's has haunted me for years. I grew up with a magical-seeming island on my horizons and a longing for other islands. The story's a great corrective.

I'd no idea that it was based on Compton Mackenzie. That just adds to the fascination.

Interesting post.I enjoyed Philip Marsden's book so much and since we are now living through Corona virus on our own little islands it sounds as though I should order this is one. Thanks Terri.Take care