One last selkie tale
The language of whales 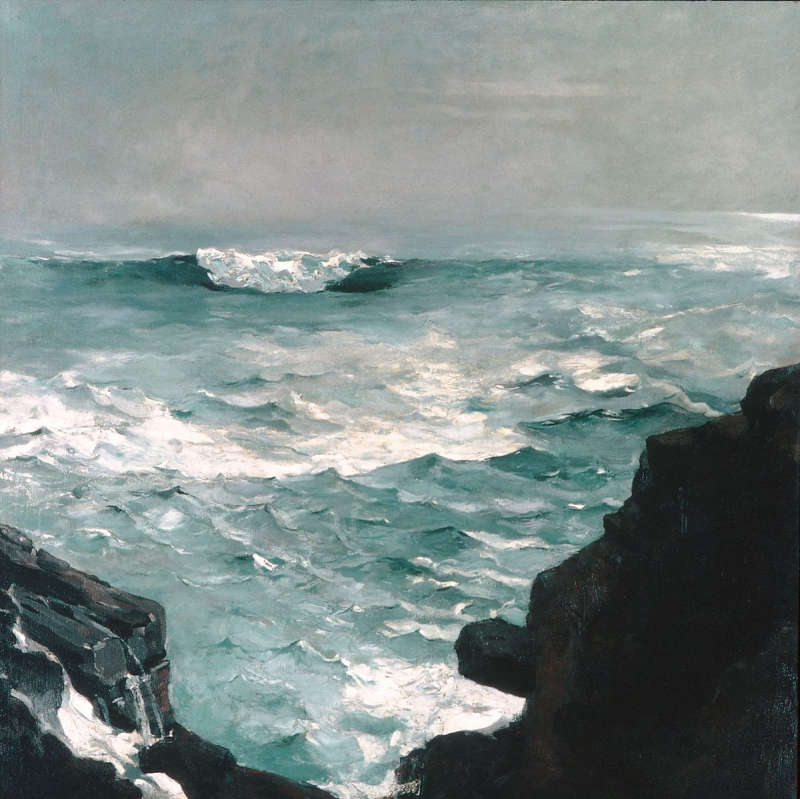 In previous posts we've been discussing the oceans and islands of Ireland and Scotland, but there is a wealth of good writing about the sea from North America too -- such as The Outermost House by Henry Beston, first published in 1928.

Beston was born to a French and Irish family in Quincy, Massachusetts in 1888; he attended Harvard, and served in World War I as an ambulance driver (for the French army) and war correspondent (for the US Navy). Upon returning home, he worked as a magazine editor while also writing two books of fairy tales (The Firelight Fairy Book and The Starlight Wonder Book), and finding solace for wartime trauma through a love of birds and the natural world. In the 1920s, he built a tiny house on an isolated stretch of Cape Cod beach, then spent a year living alone there, observing the sea through four full seasons. He writes: 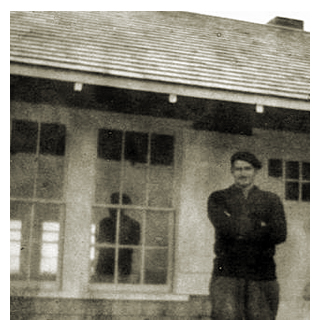 "My house stood by itself atop a dune, a little less than halfway south on Eastham bar. I drew the homemade plans for it myself and it was built for me by a neighbor and his carpenters. When I began to build, I had no notion whatever of using the house as a dwelling place. I simply wanted a place to come to in summer, one cozy enough to be visited in winter could I manage to get down. I called it the Fo'castle. It consisted of two rooms, a bedroom and a kitchen-living room, and its dimensions over all were but twenty feet by sixteen. A brick fireplace with its back to the wall between rooms heated up the larger space and took the chill off the bedroom, and I used a two-burner oil stove when cooking.

"My neighbor built well. The house, even as I hoped, proved compact and strong, and it was easy to run and easy to heat. The larger room was sheathed, and I painted the wainscoting and the window frames a kind of buff-fawn -- a good fo'castle color. The house showed, perhaps, an amateur enthusiasm for windows. I had ten. In my larger room I had seven; a pair to the east opening on the sea, a pair to the west commanding the marshes, a pair to the south, and a small 'look-see' in the door. Seven windows in one room perched on a hill of sand under and ocean sun -- the words suggest cross-light and glare; a fair misgiving, and one I countered by use of wooden shutters, originally meant for winter service but found necessary through the year. By arranging these I found I could have either the most sheltered and darkened of rooms or something rather like an inside out-of-doors. In my bedroom I had three windows -- one east, one west, and one north to the Nauset light....

"I had two oil lamps and various bottle candlesticks to read by, and a fireplace crammed maw-full of driftwood to keep me warm. I have no doubt that the fireplace heating arrangement sounds demented, but it worked, and my fire was more than a source of heat -- it was an elemental presence, a household god, and friend." 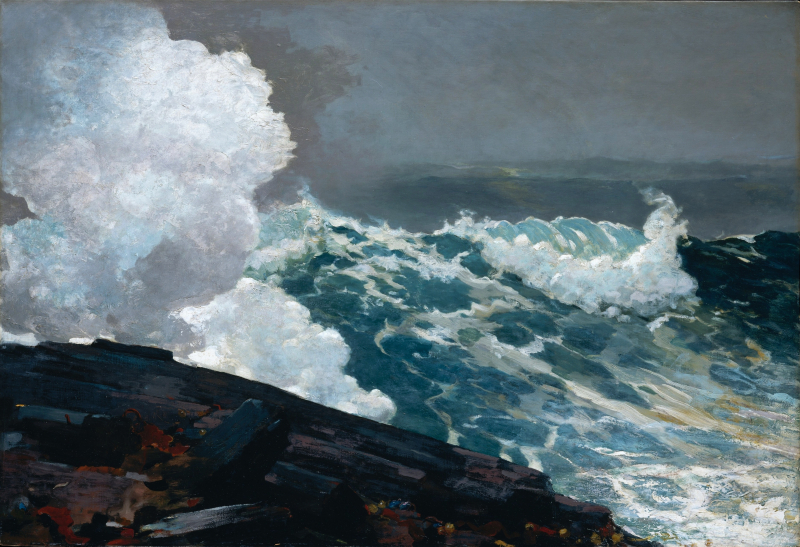 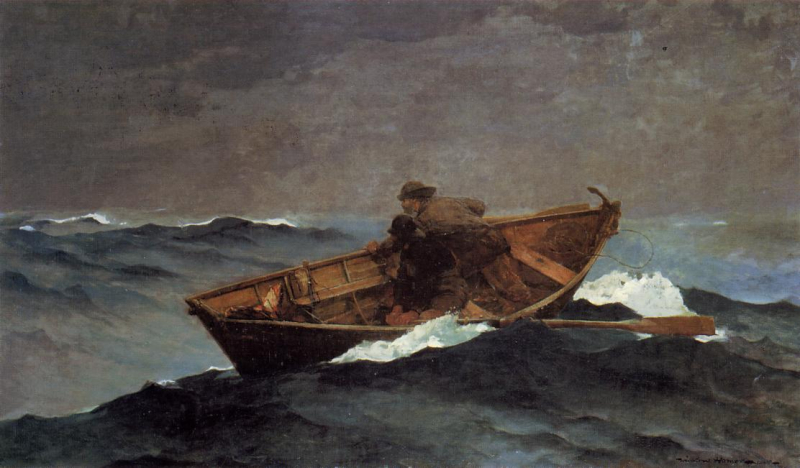 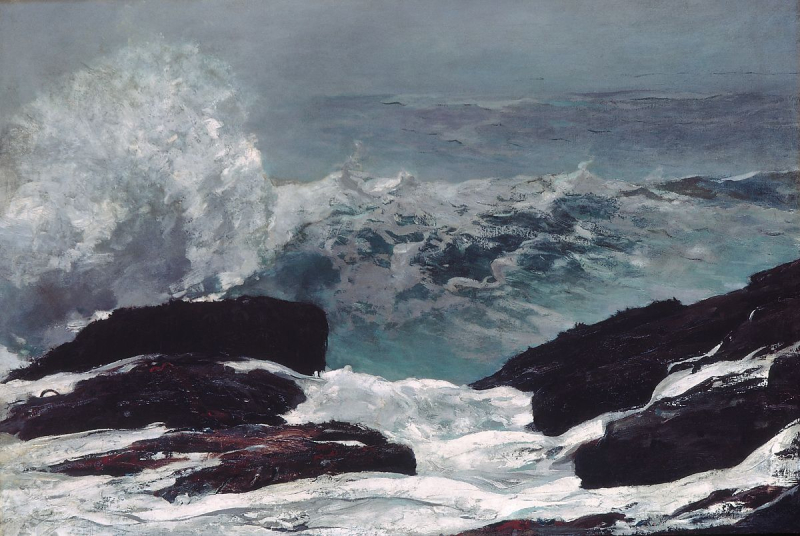 Beston began his year of solitude on the dunes almost by accident:

"My house completed, and tried and not found wanting by a first Cape Cod year, I went there to spend a fortnight in September. The fortnight ending, I lingered on, and as the year lengthened into autumn, the beauty and mystery of this earth and outer sea so possessed and held me that I could not go.

"The world is sick to its thin blood for lack of elemental things, for fire before the hands, for water welling from the earth, for air, for the dear earth itself underfoot. In my world of beach and dune these elemental presences lived and had their being, and under their arch there moved an incomparable pageant of nature and the year. The flux and reflux of the ocean, the incomings of waves, the gatherings of the birds, the pilgrimages of the peoples of the sea, winter and storm, the spendour of autumn and the holiness of spring -- all these were part of the great beach. The longer I stayed, the more eager I was to know this coast and to share its mysterious and elemental life; I found myself free to do so, I had no fear of living alone, I had something of a field naturalist's inclination; presently I made up my mind to remain and try living for a year on EasthamBeach."

I highly recommend this quietly beautiful, influential book, by an author now recognized as a pioneer of American nature writing. 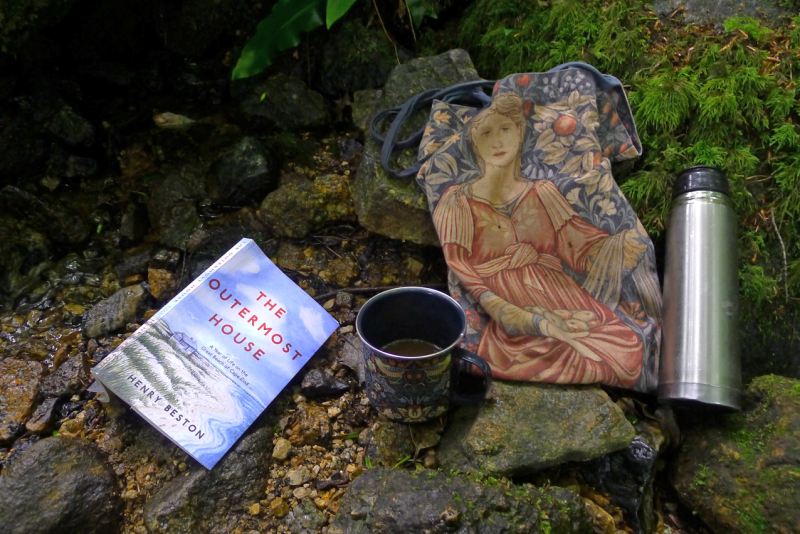 The art today is by American painter and printmaker Winslow Homer (1836-1910). Born (like Beston) in Massachusetts, Homer began his career as a self-taught illustrator for newspapers and magazines, including a stint as a war artist on the front lines of the American Civil War for Harper's Weekly. After studying oil painting in New York and France, he gave up illustration to focus on landscape painting full time. Retreating from urban life from the 1870s onward, Homer lived a series of fishing villages in New England and northern England, finally settling on the coast of Maine, while also travelling extensively to paint and fish in Key West, Cuba, the Carribean, and the Adirondack Mountains. To see more of his work go here. 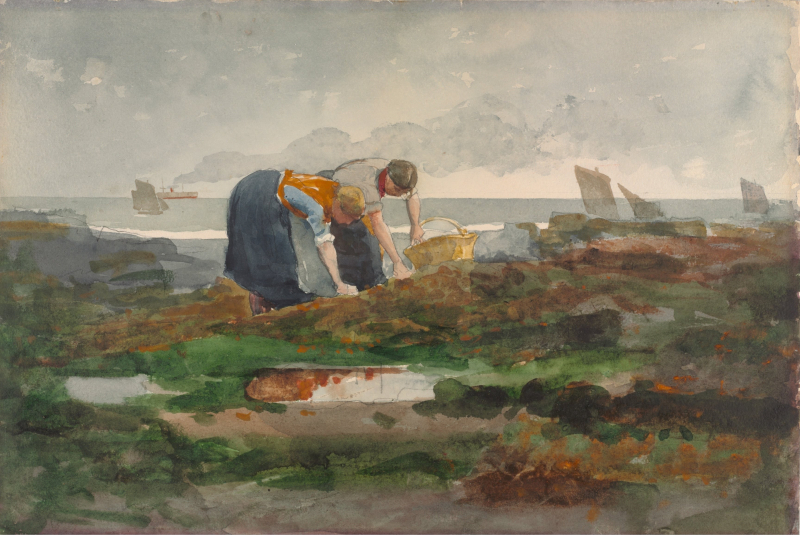 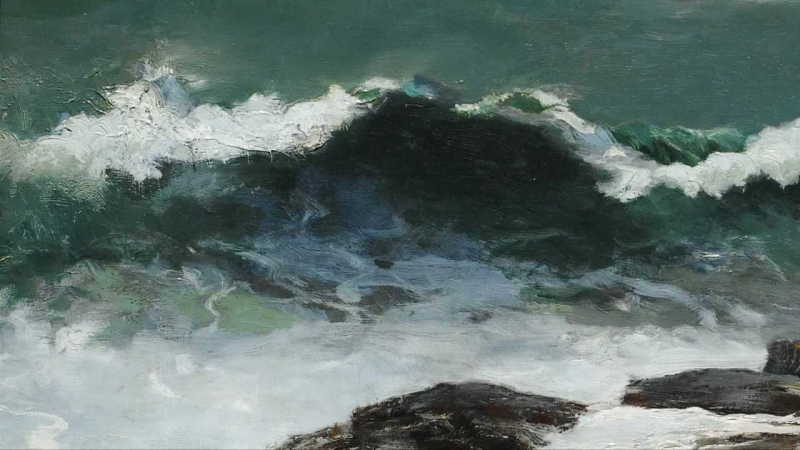 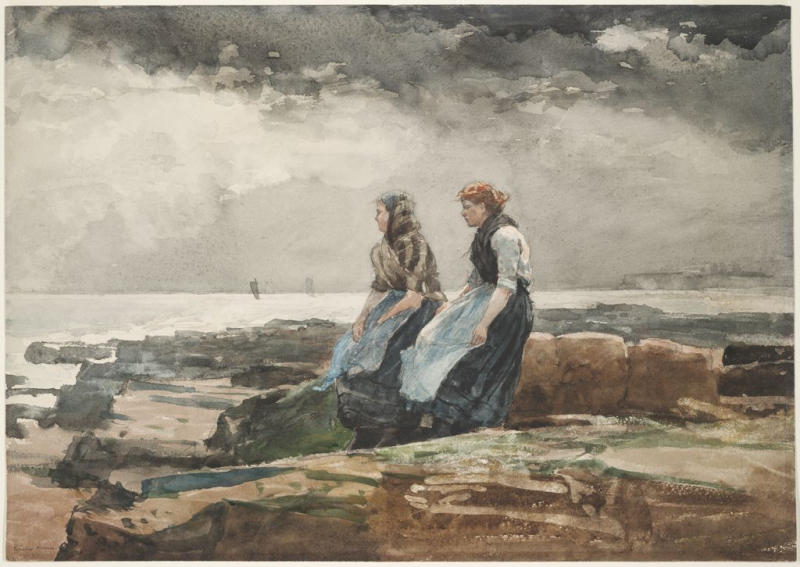 right now-"The world is sick to its thin blood for lack of elemental things, for fire before the hands, for water welling from the earth, for air, for the dear earth itself underfoot."