Telling stories back to the land
For the storytellers

On writing for children...and ourselves 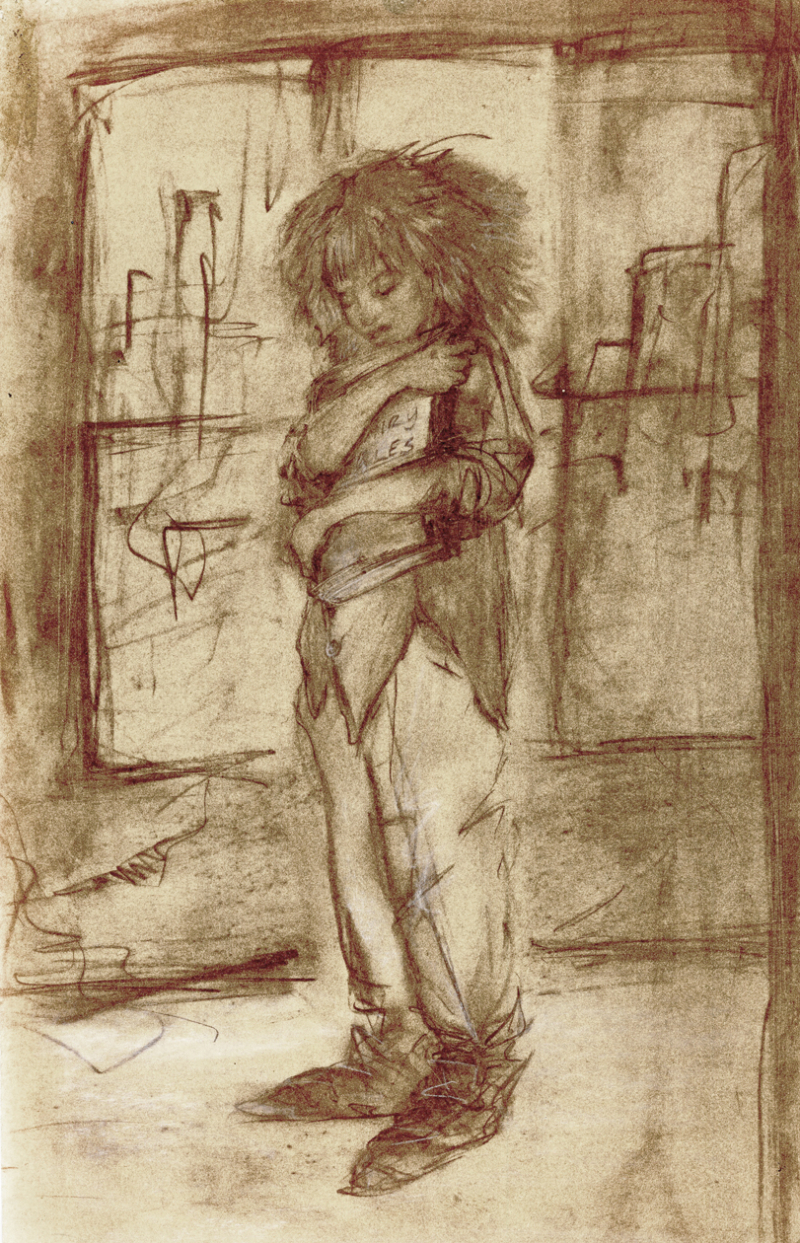 "Children's fiction has a long and noble history of being dismissed," writes Katherine Rundell (in Why You Should Read Children's Books Even Though You Are So Old and Wise). "Martin Amis once said in an interview: "People ask me if I ever thought of writing a children's book. I say: 'If I ever had a serious brain injury I might well write a children's book.' There is a particular smile that some people give when I tell them what I do -- roughly the same smile I'd expect had I told them I make miniature bath furniture out of matchboxes, for the elves. 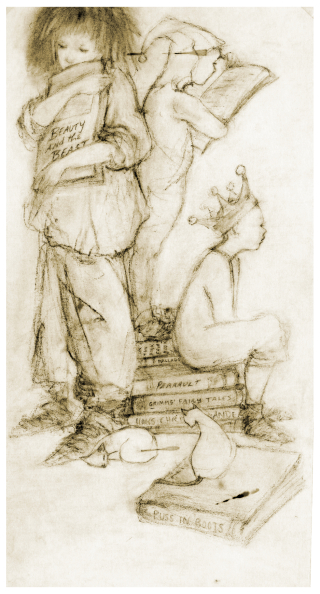 Particularly in the UK, even when we praise, we praise with faint damns: a quotation from The Guardian on the back of Alan Garner's memoir Where Shall We Run To? read: 'He has never been just a children's writer: he's far richer, odder and deeper than that.' So that's what children's fiction is not: not rich or odd or deep.

"I've been writing children's fiction for more than ten years now, and still I would hesitate to define it. But I do know, with more certainty than I usually feel about anything, what it is not: it's not exclusively for children. When I write, I write for two people: myself, age twelve, and myself, now, and the book has to satisfy two distinct but connected appetites. My twelve-year-old self wanted autonomy, peril, justice, food, and above all a kind of dense atmosphere into which I could step and be engulfed. My adult self wants all those things, and also: acknowledgement of fear, love, failure; of the rat that lives within the human heart. So what I try for when I write -- failing often, but trying -- is to put down in as few words as I can the things that I most urgently and desperately want children to know and adults to remember. Those who write for children are trying to arm them for the life ahead with everything we can find that is true. And perhaps, also, secretly, to arm adults against those necessary compromises and necessary heartbreaks that life involves: to remind them that there are and always will be great, sustaining truths to which we can return." 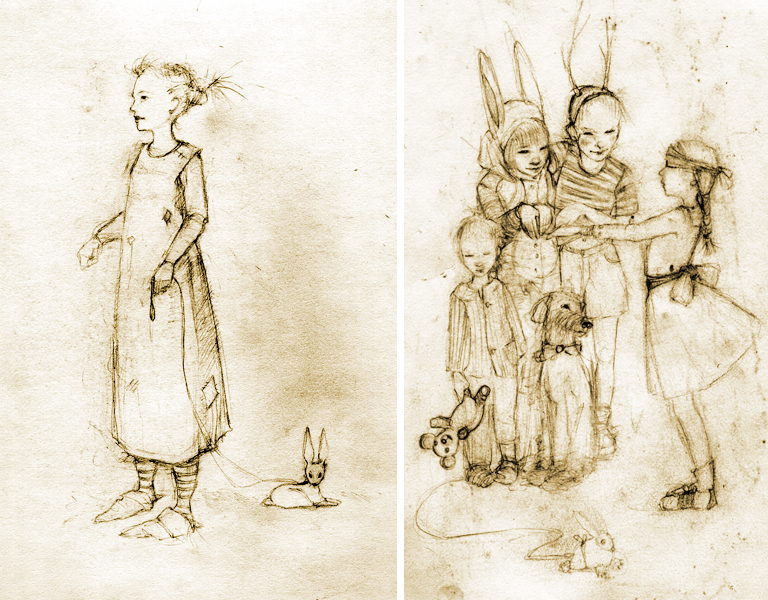 "In an age that seems to be increasingly dehumanized," Lloyd Alexander once noted, "when people can be transformed into non-persons, and where a great deal of our adult art seems to diminish our lives rather than add to them, children's literature insists on the values of humanity and humaneness." 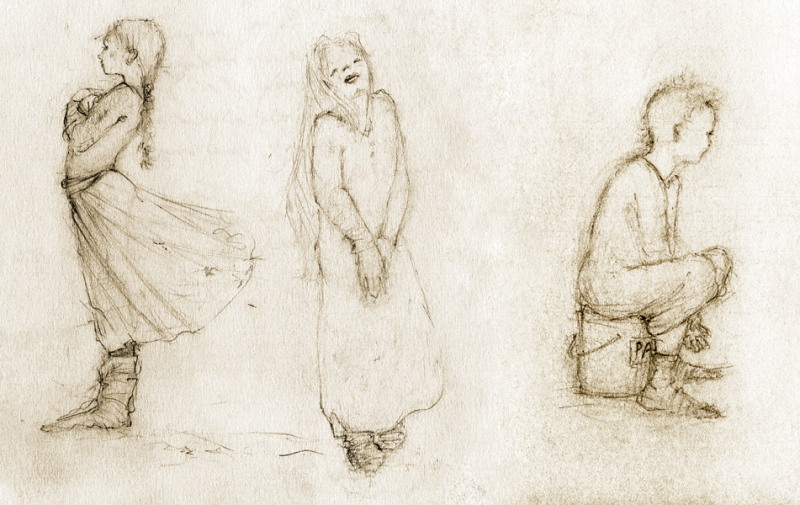 "We who hobnob with hobbits and tell tales about little green men are used to being dismissed as mere entertainers, or sternly disapproved of as escapists," said  Ursula K. Le Guin in her acceptance speech for the National Book Award (for The Farthest Shore, 1972). "But I think perhaps the categories are changing, like the times. Sophisticated readers are accepting the fact that an improbable and unmanageable world is going to produce an improbable and hypothetical art. At this point, realism is perhaps the least adequate means of understanding or portraying the incredible realities of our existence." 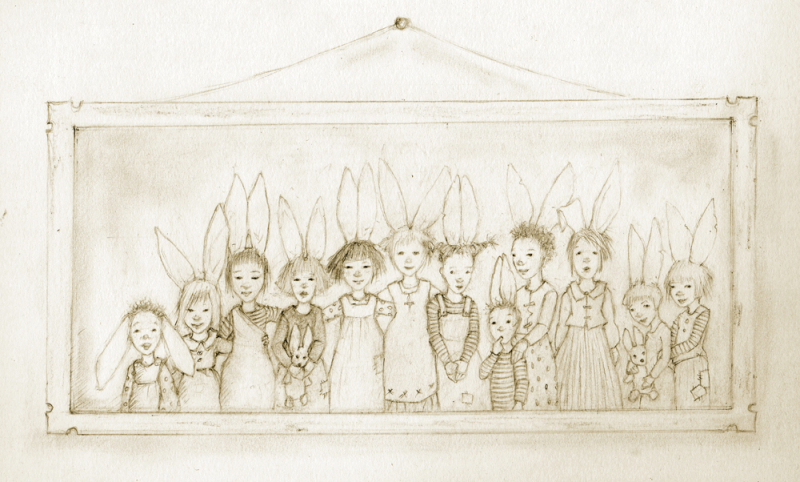 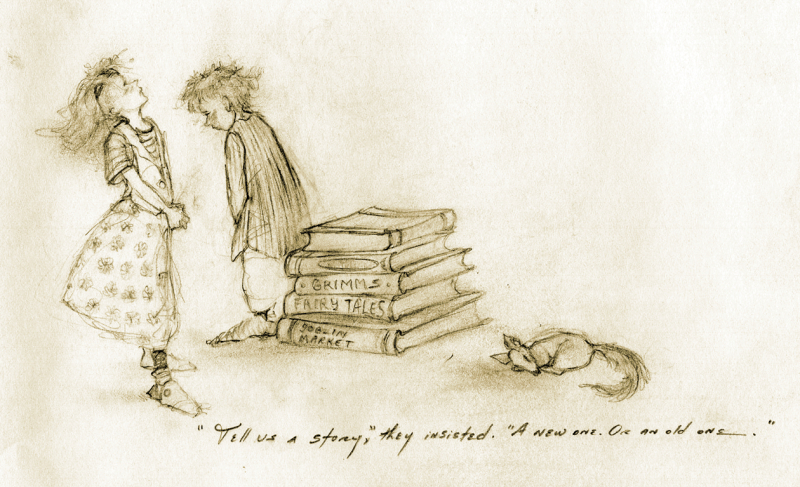 The Katherine Rundell quote above is from her delightful little book Why You Should Read Children's Books Even Though You Are So Old and Wise (Bloomsbury, 2019). The Ursula K. Le Guin quote is from The Language of the Night: Essays (Women's Press edition, 1989). Both volumes are highly recommended. I'm sorry, but I can't remember where that particular quote by Lloyd Alexander is from -- I foolishly scribbled it down without attribution. All rights to the text reserved by the authors or their estates.

The pictures above are some random little sketches of mine, titled: Her Precious Fairy Tale Book, Storybooks, Some Little People, More Little People, Bunny Sisters (Family Portrait), and Tell Us a Story.

in Books that shape us, Children, Fantasy literature, On writing | Permalink | Comments (2)

Personally speaking I never actually set out to write children's books, I just wanted to write what I hoped would be a good story; I just wanted to write the books I couldn't find on the shelf. The fact that they were accepted by a publisher of children's books pleased me enormously because I truly believe some of the very best writers of fiction are to be found in that particular genre. I was - and continue to be- deeply flattered to be in such company

great to see your own artwork Terri! I treasure the prints I have of yours, and of course, each and every post here at M & M. The words and images I've found here have become a vital part of my creative life these last 5+ years. Wishing you a sweet New Year, with honey and apples.