Imagining a different kind of world 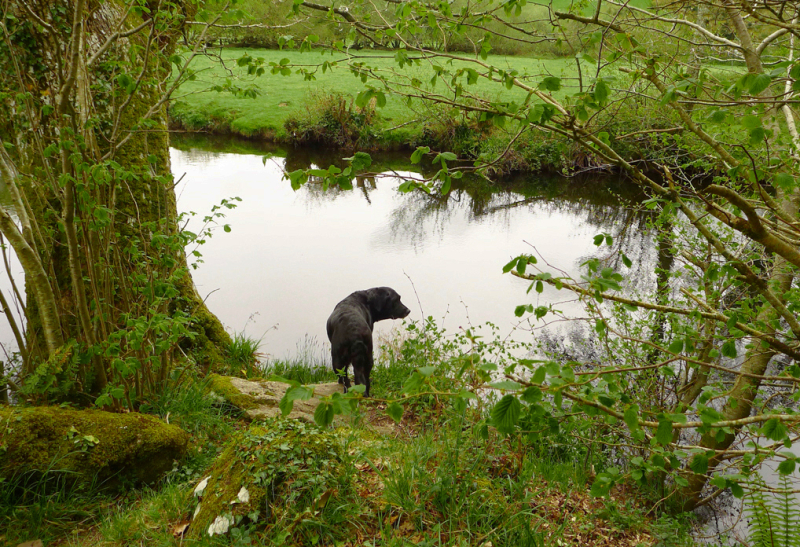 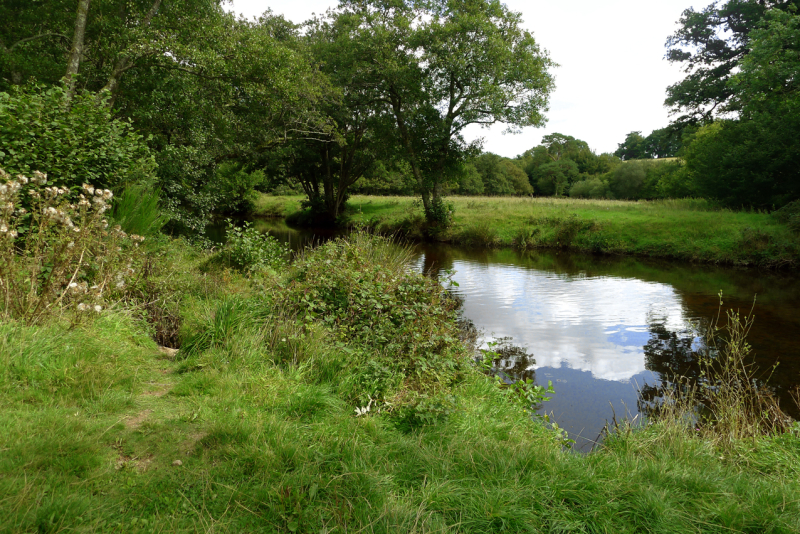 From an interview with Lev Grossman (author of The Magician trilogy), in which he is asked for his definition of fantasy literature: 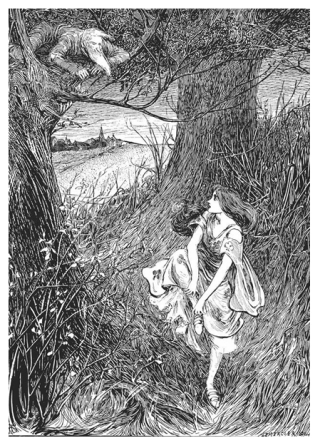 "My working definition? Any book with magic in it. It’s crude but effective. It helps if you take the long view, historically speaking, because it’s not like J.R.R. Tolkien invented fantasy with The Hobbit. Take a giant step back and you can’t help but notice that the greater part of all human literature is fantasy, in the sense that it has monsters and magic and things like that in it. Shakespeare is infested with ghosts and spirits and witches. Look at Spenser. Look at Dante. Look at Ovid, or Homer. Go back past the 18th century and practically everything could be called fantasy.

"It’s only relatively recently, at the start of the 18th century, that you see the arrival and dizzying ascent of what we might broadly call realism. Suddenly, around about Robinson Crusoe or so, Western culture was seized by this powerful idea that literature was supposed to resemble real life, and fictional worlds were supposed to behave like the real world, as it was coming to be understood by scientists, and anything that didn’t do so wasn’t literature. Magic and the supernatural were exiled to other, lesser categories: Gothic fiction, fairy tales, ghost stories, children’s books, fantasy. A lot of people still think it belongs there." 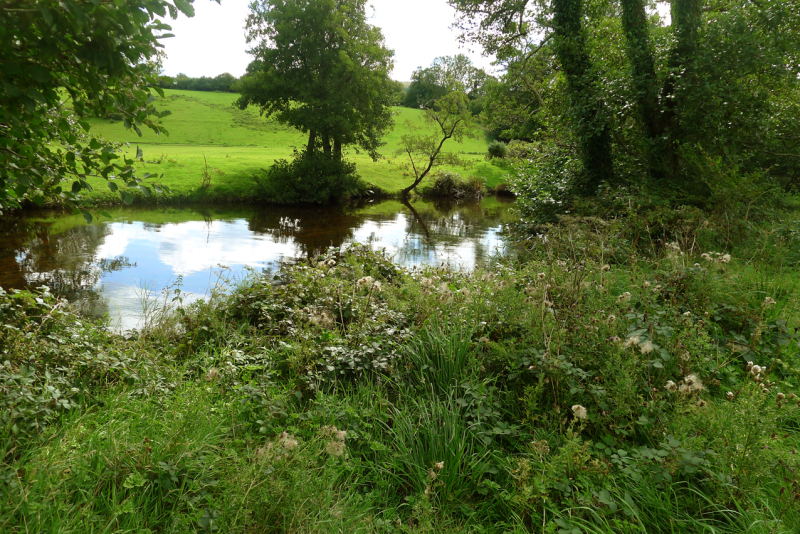 "There is a specific modern tradition of fantasy fiction," he clarifies, "that starts in the 1920s and 1930s in England and America with writers like Lord Dunsany and Hope Mirrlees, and which really takes off with C.S. Lewis and J.R.R. Tolkien, as well as T.H. White and Robert E. Howard....That generation -- the ones who were writing in the 1920s and '30s -- had been the victim of a historical trauma: They bore witness to a period of catastrophic social and technological change. The Victorian world of their childhood was shattered and swept away by the 'advances' of the early 20th century -- the electrification of cities, the rise of mass media, the replacement of horses by cars, the rise of psychoanalysis, the invention of mechanised warfare. As a result, the world that they found themselves in as adults was virtually unrecognisable to them. 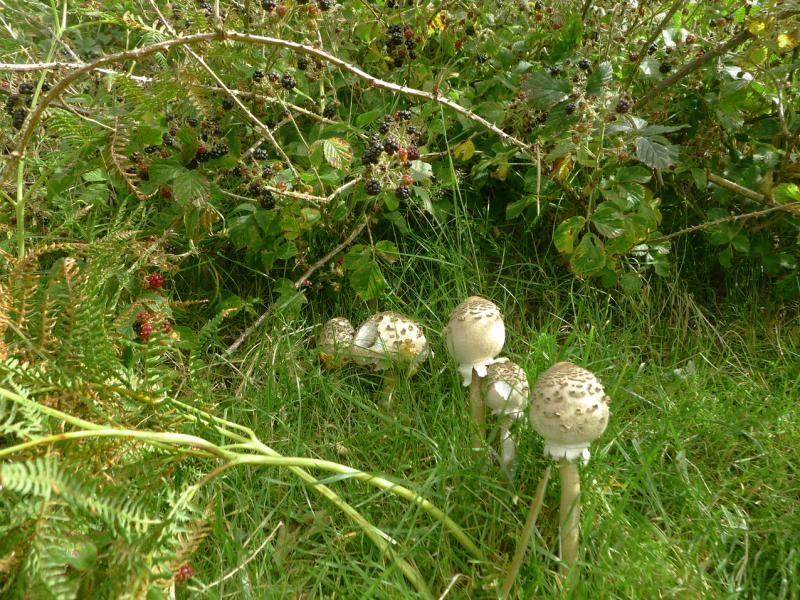 "Some of those writers responded to this cataclysm by creating strange, fragmented masterpieces that we now know as literary modernism: Joyce, Hemingway, Kafka, Woolf, Faulkner and so on. Gertrude Stein famously called them the Lost Generation, and she wasn’t wrong. But other writers -- like Lewis and Tolkien, who were both veterans of the Somme -- wrote fantasy instead. They used it as a way to express their sense of longing for a lost world, an idyllic, more grounded, more organic, more connected world that they would never see again. They were part of the Lost Generation too." 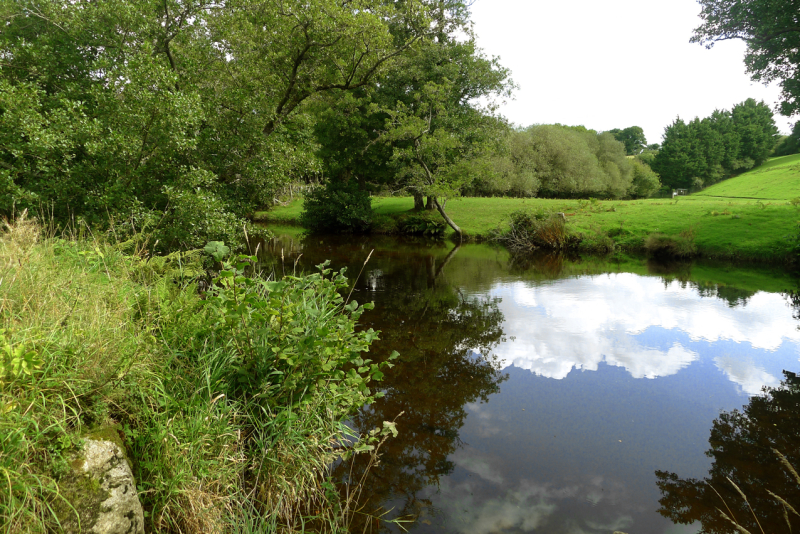 Returning to these ideas in his essay "What is Fantasy About?," Lev notes that "longing" is a prominent theme in fantasy: the longing for a lost world, or a better one.

"Lewis and Tolkien were virtuosos of longing," he writes. "They had, after all, lost a world, the world of their Victorian childhoods....They lived through, if not a singularity, then a pretty serious historical inflection point, and they longed for that pre-inflected world. (Laura Miller writes about this really compellingly, albeit somewhat differently, in The Magician’s Book, her excellent book about Narnia. She quotes Lewis on his special notion of Joy: 'an unsatisfied desire that is itself more desirable than another satisfaction.') 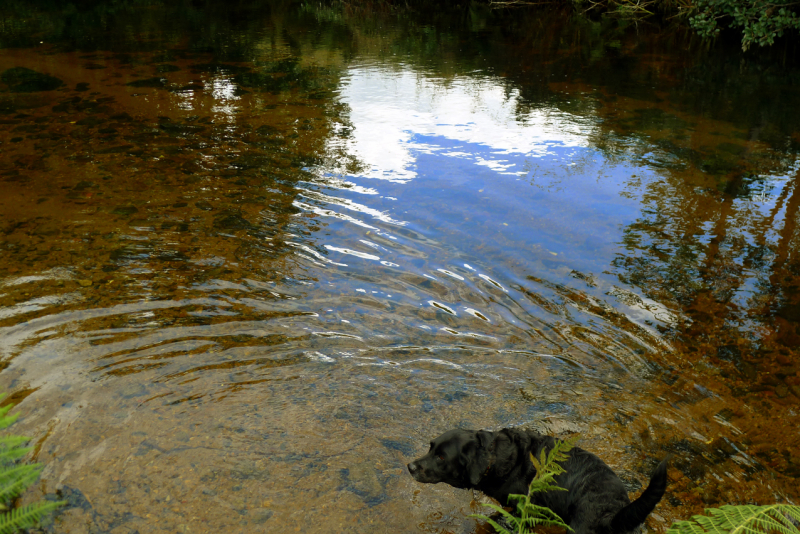 "We too have lived through an inflection point: a great deal of technological and social change. We can lay claim to a certain amount of longing.

"Longing for what exactly? A different kind of world. A world that makes more sense -- not logical sense, but psychological sense. We’re surrounded by objects that we don’t understand. Like iPods -- they’re typical. They’re gorgeous, but they’re also really alienating. You can’t open them. You can’t hack them. You don’t even really know how they work, or how they’re made, or who made them. Their form is abstractly beautiful, but it has nothing to do with their function. We really like them, but it’s somehow not a liking that makes us feel especially good. 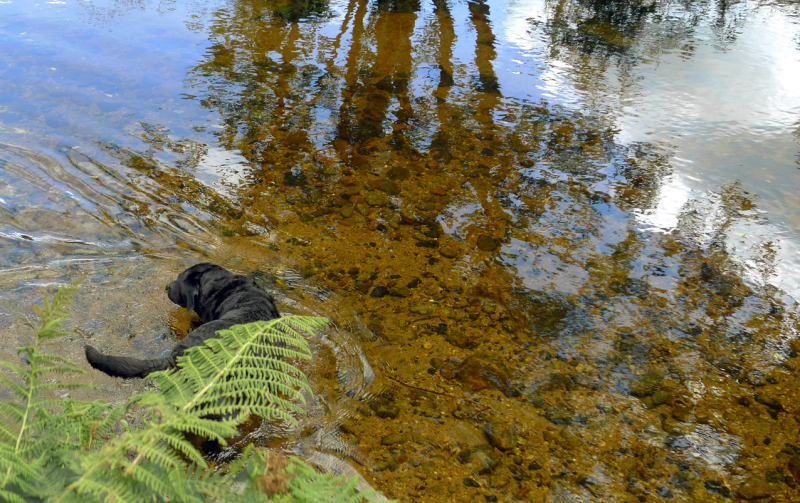 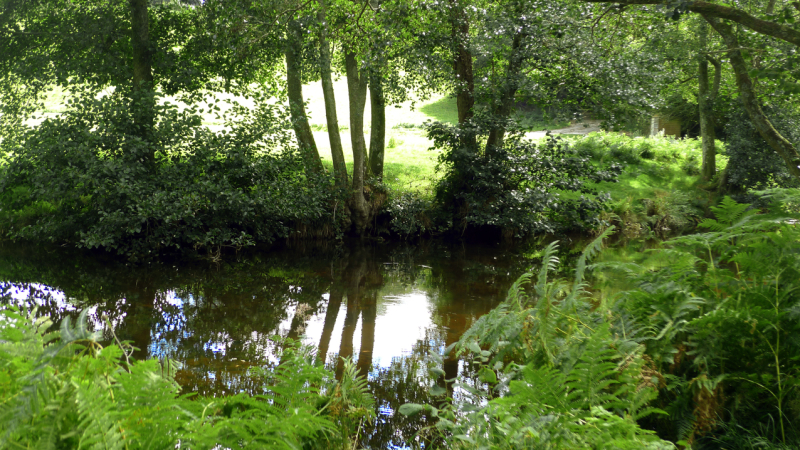 "The worlds that fantasy depicts are very different from that. They tend to be rural and low-tech. The people in a fantasy world tend to be connected to it -- they understand it, they belong in it. People in Narnia don’t long for some other world (except when they long for Aslan’s Land, which I always found unsettling). They’re in sync with it....To be sure, fantasy worlds are often animated by weird mysterious forces -- like magic -- but even those forces on some level come from inside us. They’re not made in China. They express deep human wishes and primal emotions. Likewise the worlds of fantasy are inhabited by demons and monsters, but only because we’re inhabited by monsters, the ones that live in our subconsciouses (subconsci?) Those monsters are grotesque and not-human, and sometimes they even destroy us, but we recognize them instinctively. 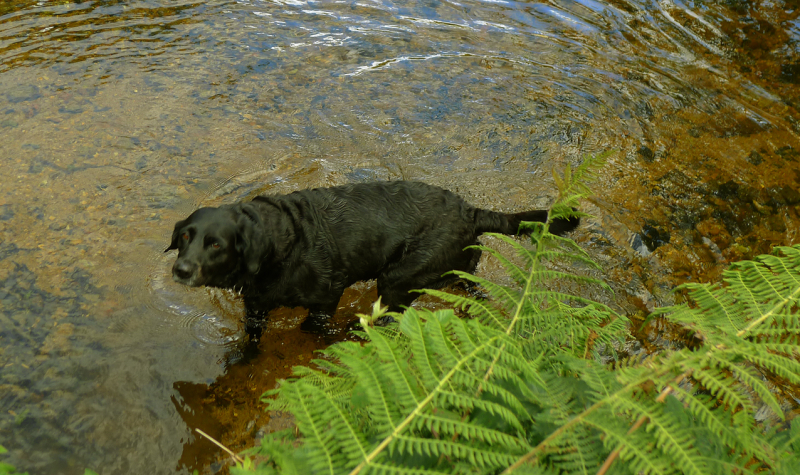 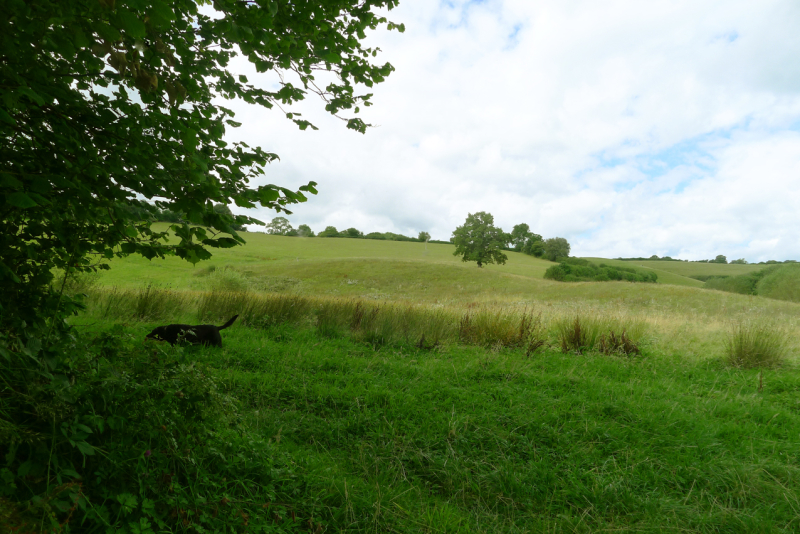 For more of Lev Grossman's thoughts on the evolution of fantasy, I recommend "Fear and Loathing in Aslan's Land," the third annual J.R.R Tolkien Lecture on Fantasy Literature at Pembroke College (Tolkien's college), Oxford, in 2015. 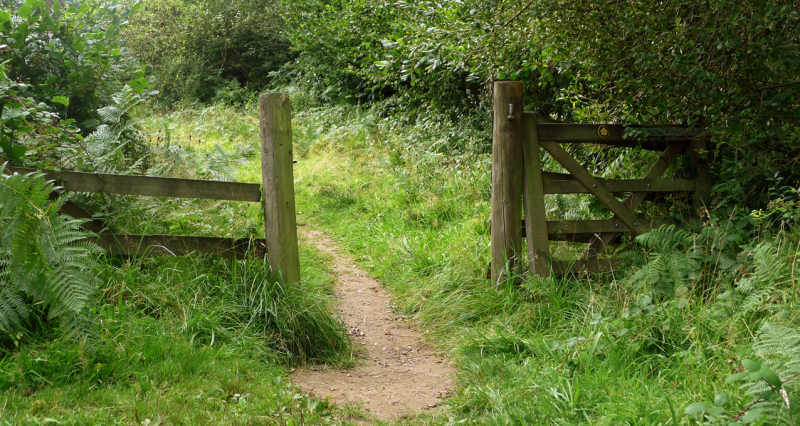 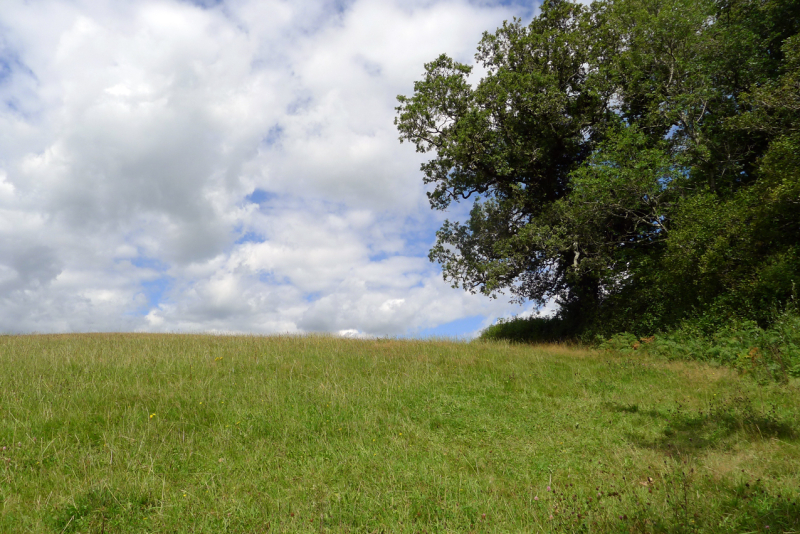 The passages above are from "Lev Grossman on Fantasy" ( on Five Books.com)   and "What is Fantasy About?" on Lev Grossman's blog (November, 2011). The Lisel Mueller poem in the picture captions was first published in The New Yorker (November, 1967) and also appears in her book Alive Together: New & Selected Poems (Louisiana State University Press, 1996), which I highly recommend. All rights reserved by the authors.

The text for this post is from the Myth & Moor archives (Nov. 15, 2018), re-visited as part of our conversation about stories and fantasy this week -- with new photographs of a walk (and swim) on a beautiful autumn morning here in Chagford. The drawing is by British book artist Helen Stratton (1867-1961). Her body of work is delightful, and ought to be better known.

in From the archives | Permalink | Comments (1)

"Lev notes that 'longing' is a prominent theme in fantasy: the longing for a lost world, or a better one."

The longing for life, that doesn't exist in dead matter. Or materialism, which has been the dominant ontological worldview of the last 200 years. Nevertheless, it has been successful.

"To be sure, fantasy worlds are often animated by weird mysterious forces."

Anima is the the key root, I think. The notion that everything is alive, infused with spirit or consciousness. Since our existence is fundamentally lonely, we so want to believe that. And for all I know, it may be true. Consciousness is not scientifically observable.