The boys who love fairy tales too 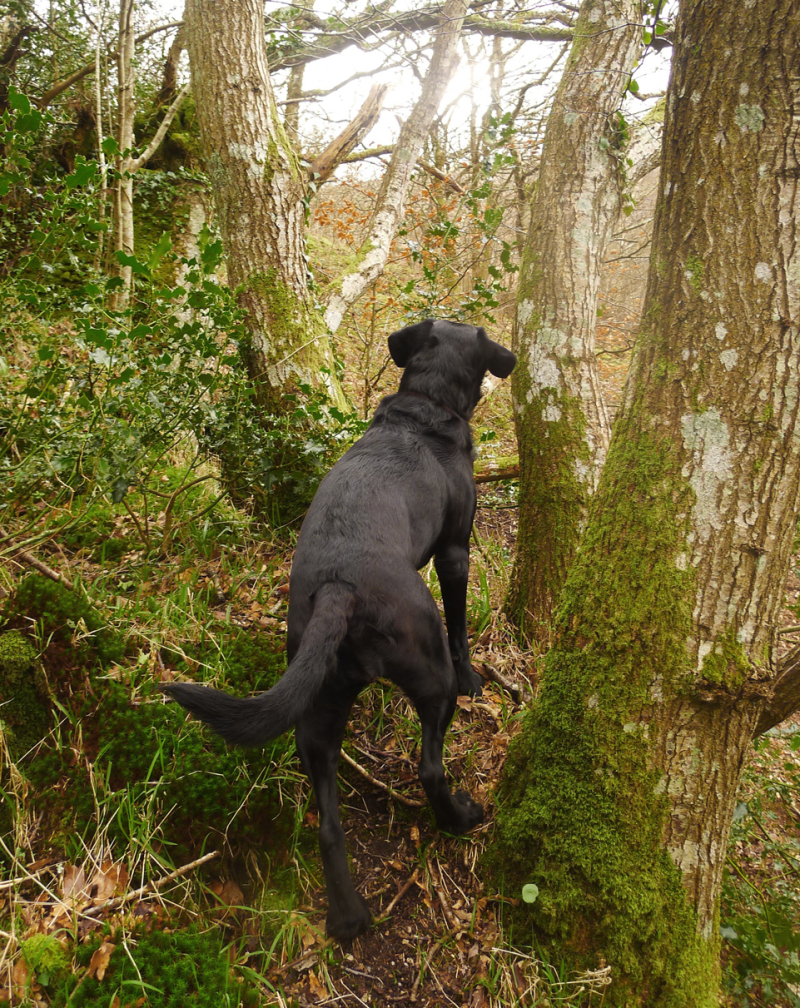 Many of you will be familiar with Kate Bernheimer's fine book Mirror, Mirror on the Wall: Women Writers Explore Their Favorite Fairy Tales, originally published in 1998, containing memorable essays by Margaret Atwood, A.S. Byatt, bell hooks, Joyce Carol Oates, Fay Weldon, Joy Williams, and many others. (Midori Snyder and I contributed essays to the second, expanded edition in 2002: "The Monkey Girl" and "Transformations.") 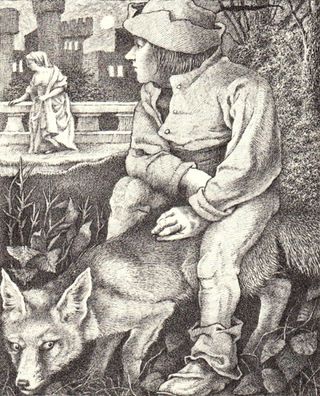 Less well known than Mirror, Mirror, but equally good, is Kate's follow-up volume: Brother's & Beasts: An Anthology of Men on Fairy Tales, 2007. The book has a fine roster of writers, including Gregory Maquire, Neil Gaiman, Robert Coover, Timothy Schaffaert, Christopher Barzak, Jeff VanderMeer, and Alexander Chee, plus contributions from scholars Maria Tatar and Jack Zipes, and a fascinating introduction by Kate discussing the way the project came together.

She'd originally intended to publish both men and women in Mirror, Mirror, she writes, but "several people who greatly supported that book did not support the inclusion of men. They claimed, quite adamantly, 'No one will be interested in what men have to say about fairy tales.' Worse still, they continued, 'Men wouldn't have much of interest to say about fairy tales.' 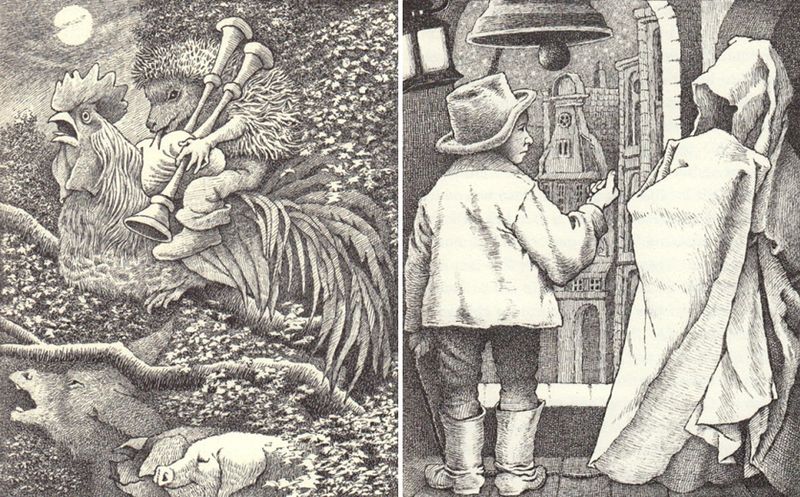 "But evidence of men's interest in fairy tales is vast and spans many centuries," Kate continues. "At the time I was very young and did not argue. Besides, I thought that a book gathering essays by women would be interesting too. Why not? But I always considered that book incomplete -- or, more precisely, because I am an emotional editor, I consider it unfair. Of all the literary traditions, the fairy-tale tradition is generous and spiteful  towards boys and girls, men and women -- it does not prefer one over the other. I did not like to suggest that women more than men had a stake in these powerful stories.

"Also, I felt that the assertion that men would have nothing to say about fairy tales was reflective of a two-fold prejudice: against men and against fairy tales. There was an implicit disdain for boys drawn to stories of wonder. There was also an implied disdain for fairy tales, so strongly associated with girls and the nursery. 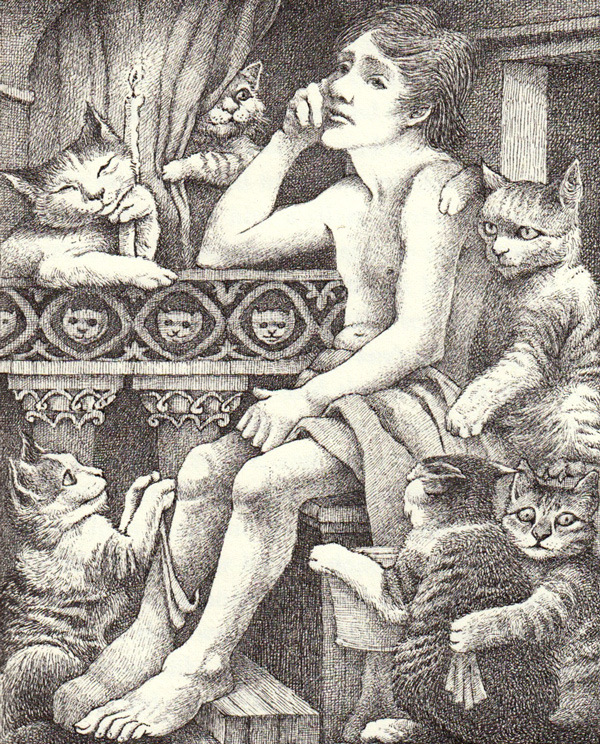 "Though several eloquent gender studies of fairy tales exist, one hardly encounters a popular reference to men and fairy tales -- Robert Bly's Iron John nothwithstanding. It is as if men are not allowed to have an emotional or artistic relationship to fairy tales. On the whole -- in the classroom, at conderences, or at lectures -- I find that men are not accustomed to being asked if they like fairy tales, let alone whether fairy tales have influences their emotional, intellectual, and artistic lives. "

The premise of Brothers & Beasts, Kate says, "was to reverse that poor spell." 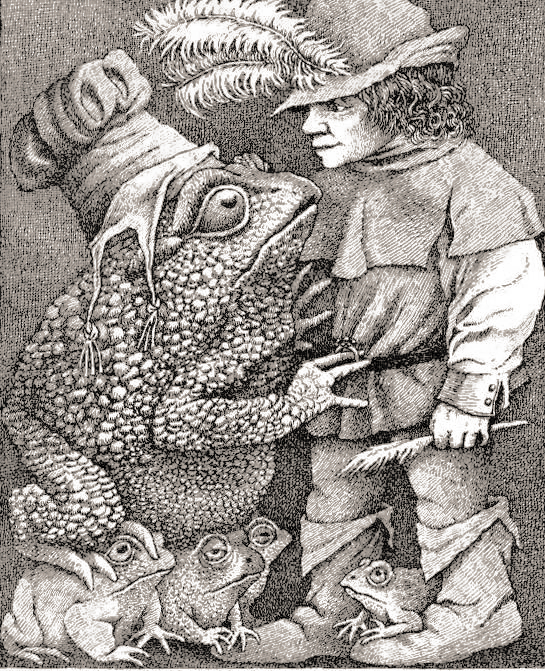 "While I appreciate the celebration, both in scholarship and in popular culture, of the strong female characters in fairy tales," Kate adds, "I think that, first and foremost, our devotion to fairy tales is with 'the whole of the mind' and not with our gender. Phrased differently, perhaps less controversially, it is clear that in both Mirror, Mirror and Brothers & Beasts artistic fervor comes first -- a fervor begun in childhood with a fervor for reading....

"For me, there was nothing like reading fairy tales as a child. As Maria Tatar points out in her lovely forward, 'When you read a book as a child, it sends chills up your spine and produces somatic effects that rarely accompany the reading experience of adults.' Jack Zipes, in his afterword, writes, 'The fairy tale has not been partial to one sex or the other.' Reading fairy tales -- or writing about them -- is, I can assure you, one of the few ways that adults can re-create that delicious, somatic childhood chill. 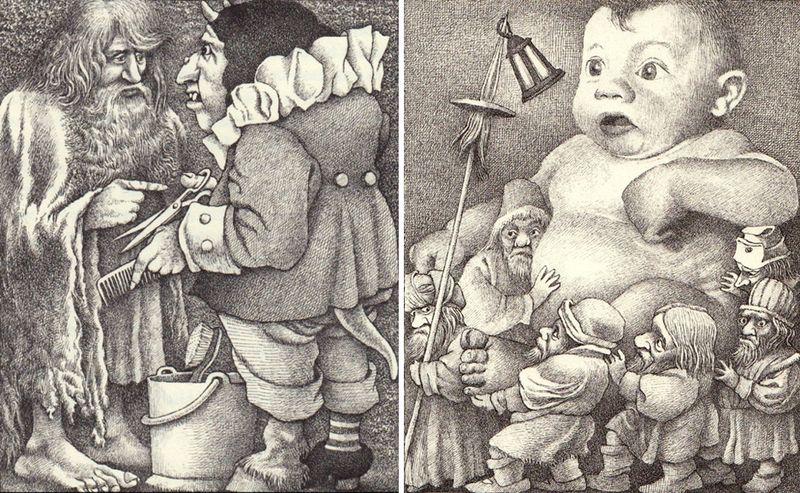 "Yet men, so discouraged from speaking personally about fairy tales and their connection to them, may lose that opportunity -- which is a loss for us all. That is why I so badly wanted to do this book. I was surprised by the urgency the writers felt too. And I cherish the tenderness with which these writers talk about thimbles and flowers, myth makers and cowards, bears both little and big. It is the tenderness that strikes me, the tenderness and urgency here."

Brothers & Beasts is available from Wayne State University Press. I highly recommend it if it's not on your fairy tale shelves already. 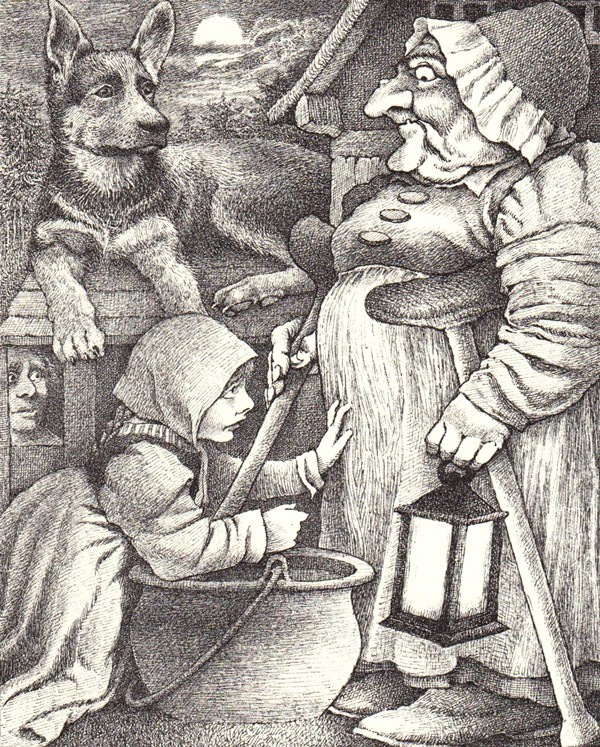 The art today is by Maurice Sendak (1928-2012), from his two-volume fairy tale masterpiece The Juniper Tree and Other Tales from Grimm. Sendak, the child of Polish-American parents, came from a family much decimated by the Holocaust. Raised in Brooklyn, New York, he vowed to become an artist after watching Disney's Fantasia at the age of twelve. He began illustrating books in the late 1940s, then moved on to writing them as well, creating such classics as Where the Wild Things Are, In the Night Kitchen, and Outside Over There, and winning virtually every major award he could win.

"Once a little boy sent me a charming card with a little drawing on it," Sendak recalled in one interview. "I loved it. I answer all my children’s letters -- sometimes very hastily -- but this one I lingered over. I sent him a card and I drew a picture of a Wild Thing on it. I wrote, 'Dear Jim: I loved your card.' Then I got a letter back from his mother and she said, 'Jim loved your card so much he ate it.' That to me was one of the highest compliments I’ve ever received. He didn’t care that it was an original Maurice Sendak drawing or anything. He saw it, he loved it, he ate it." 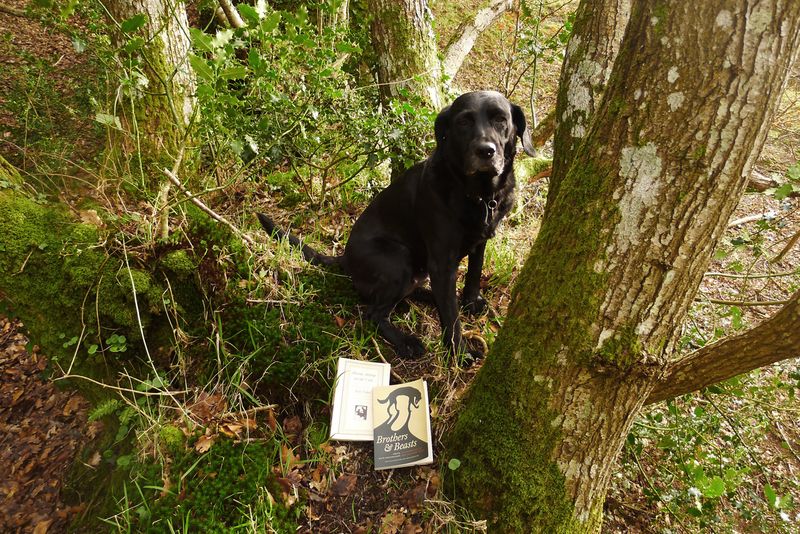 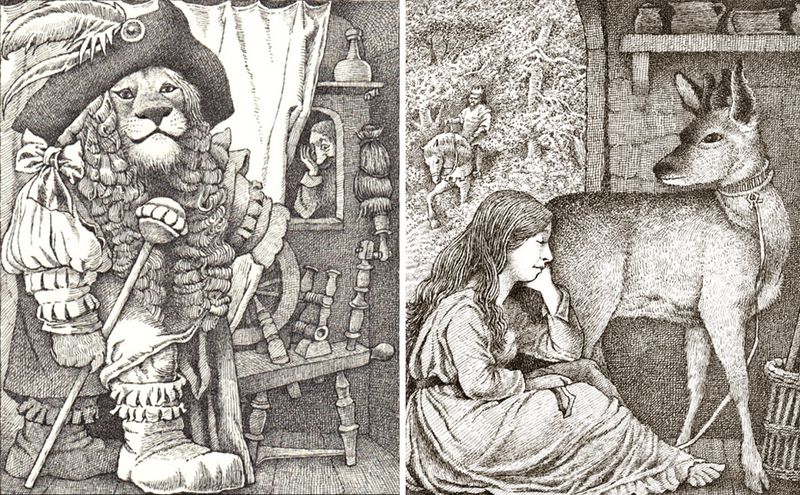 Words: The passage above is from Brothers & Beasts, edited by Kate Bernheimer (Wayne State University Press, 2007); all rights reserved by the author.

Pictures: Maurice Sendak's drawings are from The Juniper Tree and Other Tales from Grimm, translated by Lore Segal & Randall Jarrell (Farrar, Straus, & Giroux, revised edition 2003); titles can be found in the picture captions. All rights reserved by the Sendak estate. Photographs: Tilly in the trees.

At home we had books of fairy tales and I read them avidly. Also I’m sure that many of us were read these stories at school and, unless we experienced single-sex education, the classes would have been made up of both girls and boys. Since when have these wondrous, violent, frightening and hugely exciting stories been seen as the privileged domain of girls and women? They are about the HUMAN experience and the HUMAN condition and even when their protagonists are drawn from the world of animals their tales often speak of a very human experience. Obviously there are stories that deal with gender specific issues or have main characters that may be either male or female, but they still tell of a society to which we can all relate and which we can all recognize.

Unfortunately in misandry and misogyny the genders are equal it seems. Well done to Kate Bernheimer for taking a stance against bigotry that claimed ‘Men would not have much of interest to say about fairy tales’. I find it’s often an interesting exercise to substitute the optimum word, in such statements, in this case ‘men’, with an equivalent ( perhaps ‘women’ or
maybe a particular racial group) to fully realise the breathtaking chauvinism such attitudes display. Surely the world of fairy tales show us that true equality cannot be achieved simply by replacing one bigoted and unjust attitude with another.

I'd probably enjoy reading both of her books, though I do appreciate her sense of needing to do a book for the boys so to speak. It's a shame she was persuaded to not do them together originally. I must have grown up in a different area or era but I've never thought of or heard about any slant against boys being into fairy tales. But I'm sure those things do exist, well clearly they do if that was her experience. I've actually grown more fond of fairy tales as I get older (Only 40 now), and am even thinking of writing and illustrating my own. I have an interesting idea forming at the moment. :) And though I've never been a writer and could do with being more of a reader, I still want to give it a shot and may even try to enter something into the Fairy Tale Review now that I know what that is, thanks to your blog, which I adore by the way.