The writer's journey
On loss and transfiguration

Stories with mischief in their blood 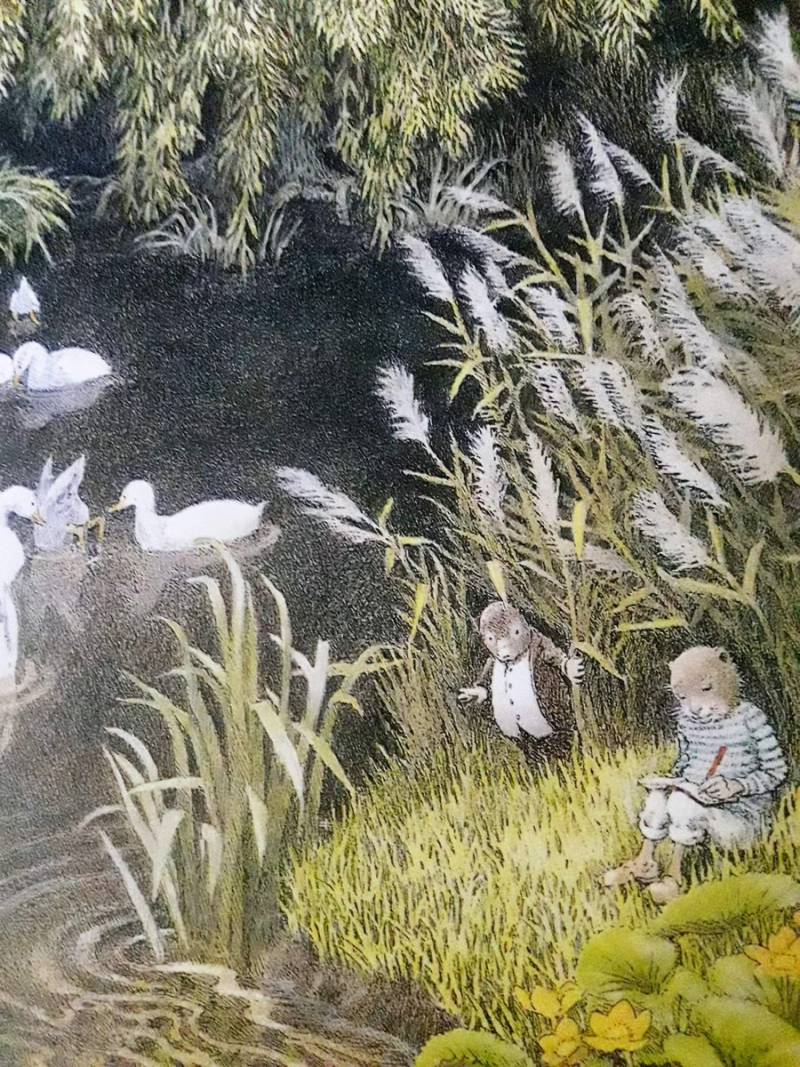 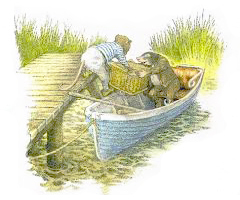 "Stories are very personal things. They drift about quietly in your soul. They never shout their most dangerous warnings. They sometimes lend amplification to the promptings of conscience, but their effect is more pervasive. They infect your dreams. They infect your perceptions. They are always successful in their occupation of your spirit. And stories always have mischief in their blood. Stories, as can be seen from my choice of associate images, are living things; and their real life begins when they start to live in you. Then they never stop living, or growing, or mutating, or feeding the groundswell of imagination, sensibility, and character.

"Stories are subversive because they always come from the other side, and we can never inhabit all sides at once. If we are here, story speaks for there; and vice versa. Their democracy is frightening; their ultimate non-allegiance is sobering. They are the freest inventions of our deepest selves, and they always take wing and soar beyond the place where we can keep them fixed." 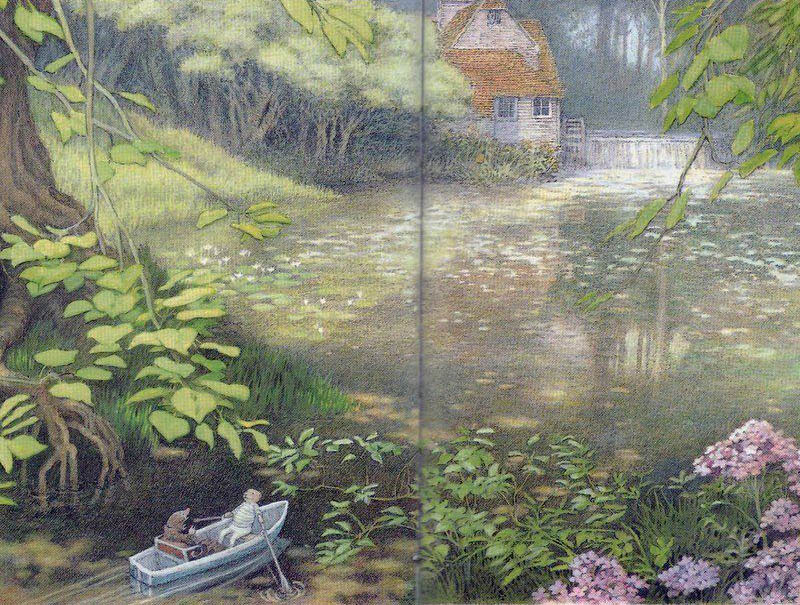 The most memorable stories reflect something of ourselves, Okri adds. We live our lives on this side of the mirror,

"but when joy touches us, and when bliss flashes inside us briefly, we have a stronger intuition. The best life, and the life we would really want to live, is on the other side of the mirror -- the side that faces out to the great light and which hints at an unexpected paradise. The greatest stories speak to us with our voice, but they speak to us from the other side." Alison Lurie points out that the some of most subversive stories of all can be found in children's literature. So many of the classics, from Alice in Wonderland to The Hobbit,

"suggest that there are other views of human life besides those of the shopping mall and the corporation. They mock current assumptions and express the imaginative, unconventional, noncommercial view of the world in its simplest and purest form. They appeal to the imaginative, questioning, rebellious child within all of us, renew our instinctive energy, and act as a force for change. This is why such literature is worthy of our attention and will endure long after more conventional tales have been forgotten." 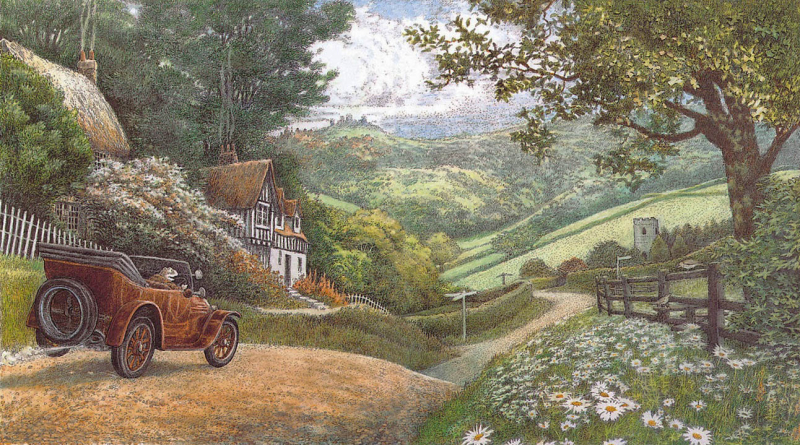 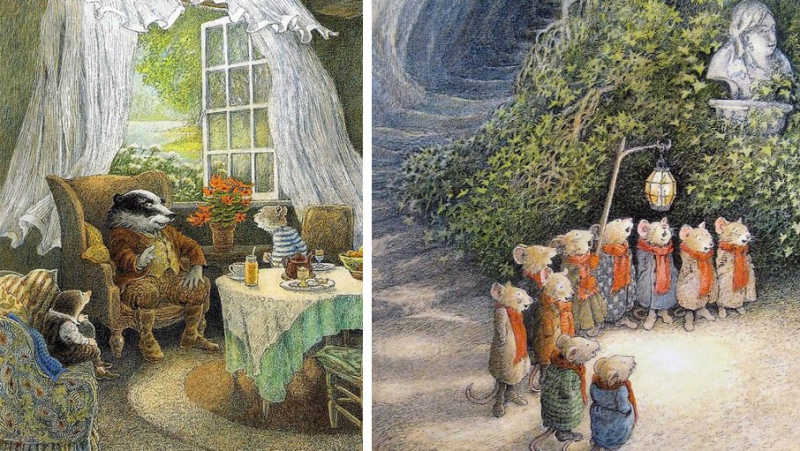 In Why You Should Read Children's Books Even Though You Are So Old and Wise, Katherine Rundell writes:

"A lot of children's fiction has a surprising politics to it. Despite all our tendencies in Britain towards order and discipline -- towards etiquette manuals and school uniforms that make the wearers look like tiny mayoral candidates -- our children's fiction is often slyly subversive.

"Mary Poppins, for instance, is a precursor to the hippy creed: anti-corporate, pro-play. Mr. Banks (the name is significant) sits at a large desk 'and made money. All day long he worked, cutting out pennies and shillings...And he brought them home with him in his little black bag.' 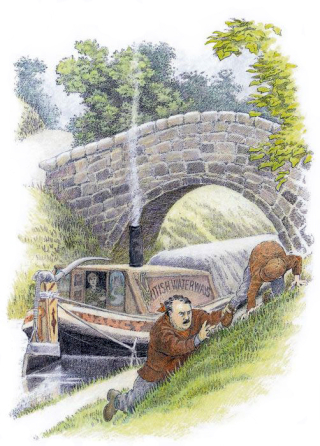 Edith Nesbit was a Marxist socialist who named her son Fabian after the Fabian Society; The Story of the Treasure Seekers contains jagged little ironical stabs against bankers, politicians, newspapers offering 'get rich quick' schemes and the intellectual pretensions of the middle class.

"And the same is true across much of the world; it was Ursula Le Guin, one of the greatest American children's writers, who said this: 'We live in capitalism. Its power seems inescapable -- but then, so did the divine right of kings. Any human power can be resisted and changed by human beings. Resistance and change often begin in art. Very often in our art, the art of words.' Children's books in the house can be dangerous things in hiding, a sword concealed in an umbrella.

"Children's books are specifically written to be read by a section of society without political or economic power. People who have no money, no vote, no control over capital or labour or the institutions of state; who navigate the world in the knowledge of their vulnerability. And, by the same measure, by people who are not yet preoccupied by the obligations of labour, not yet skilled in forcing their own prejudices on to other people and chewing at their own hearts. And because at so many times in life, despite what we tell ourselves, adults are powerless too, we as adults must hasten to children's books to be reminded of what we have left to us, whenever we need to start out all over again." 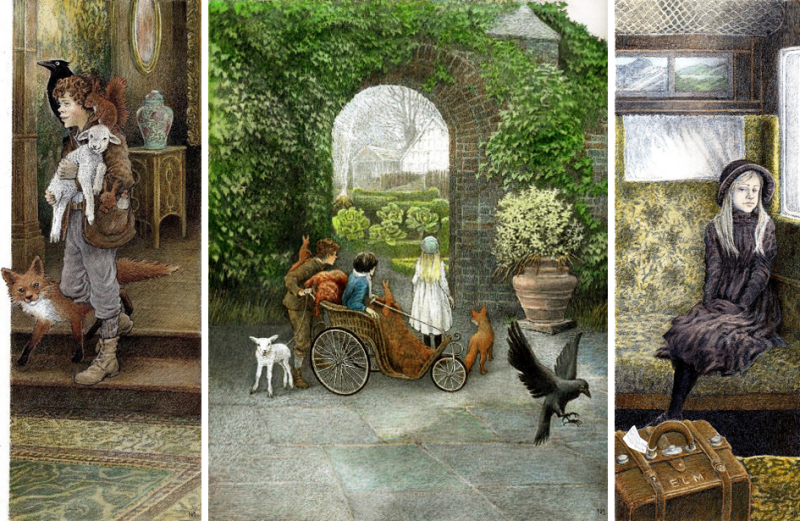 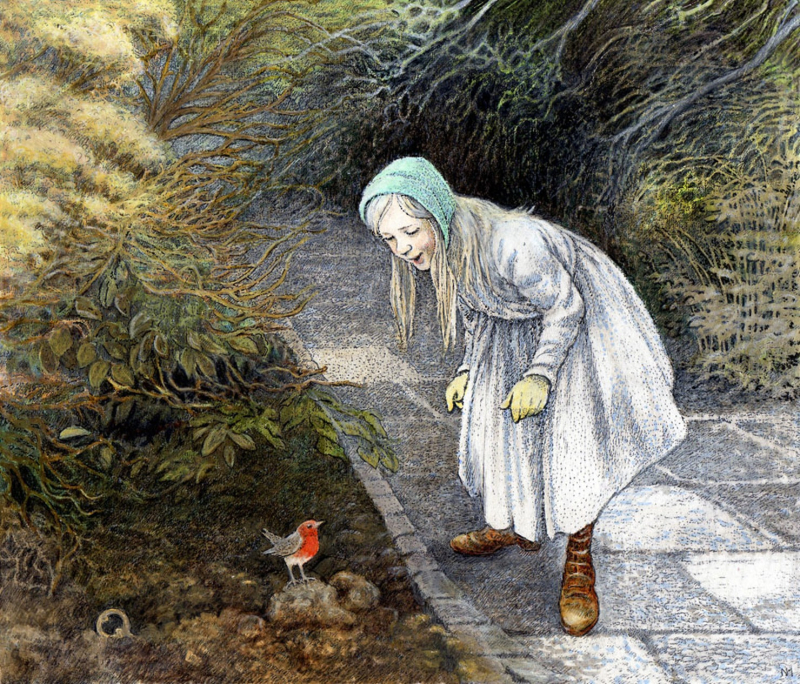 But there is also danger in stories, cautions Scott Russell Sanders,

"as in any great force. If the tales that captivate us are silly or deceitful, like most of those offered by television or advertising, they waste our time and warp our desires. If they are cruel they make us callous. If they are false and bullying, instead of drawing us into a thoughtful community they may lure us into an unthinking herd or, worst of all, into a crowd screaming for blood -- in which case we need other, truer stories to renew our vision. So The Diary of Anne Frank and Primo Levi's Survival in Auschwitz are antidotes to Mein Kamp. So Ralph Ellison's Invisible Man and Toni Morrison's Beloved are antidotes to the paranoid yarns of the Ku Klux Klan. So the patient exchange of stories between people searching for common ground is an antidote to the hasty sloganeering and slandering of talk shows....

"We are creatures of instinct, but not solely of instinct. More than any other animal we must learn to behave. In this perennial effort, as Ursula Le Guin says, 'Story is our nearest and dearest way of understanding our lives and finding our way onward.' Skill is knowing how to do something; wisdom is knowing when and why to do it, or to refrain from doing it. While stories may display skill aplenty, in technique or character or plot, what the best of them offer is wisdom. They hold a living reservoir of human possibilities, telling us what has worked before, what has failed, where meaning and purpose and joy might be found. At the heart of many a tale is a test, a puzzle, a riddle, a problem to solve; and that, surely, is the condition of our lives, both in detail -- as we decide how to act in the present moment -- and in general, as we seek to understand what it all means.

"Like so many characters, we are lost in a dark wood, a labyrinth, a swamp, and we need a trail of stories to show us the way back to our true home." 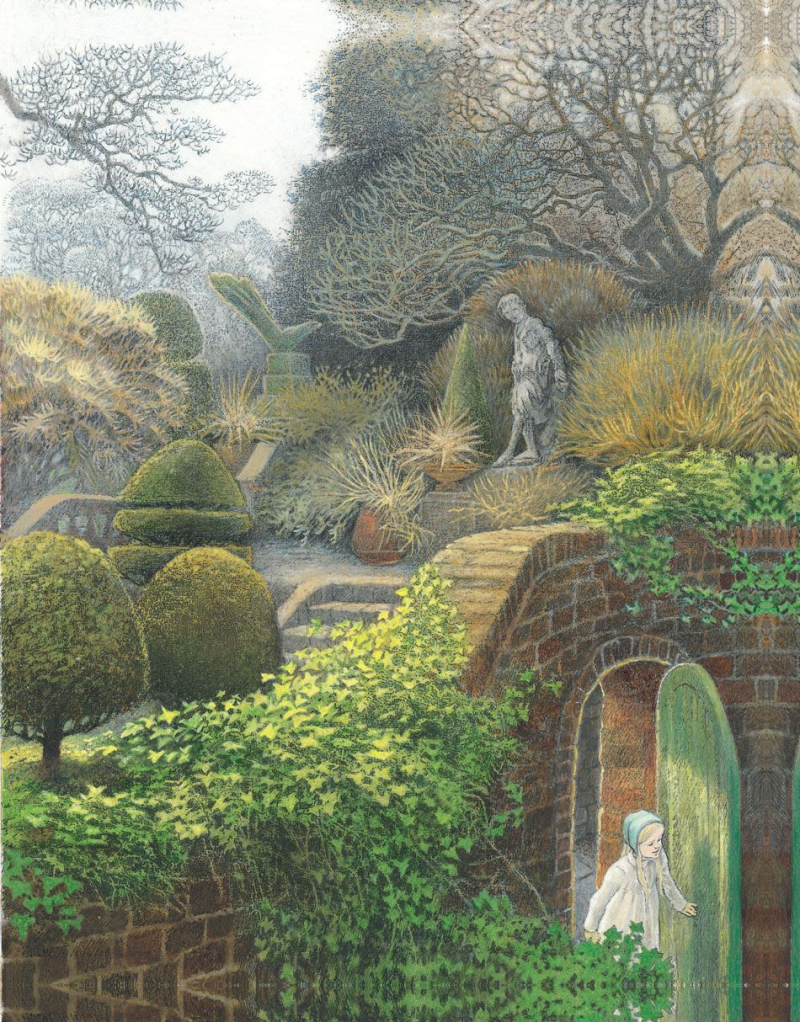 The lovely art today is by Inga Moore, who was born in Sussex, raised in Australia, and returned to England when she reached adulthood. She worked as an illustrator in London until the economic downturn caused her to lose her home there -- a fortunate loss, as it turns out. She relocated to the Gloucester countryside, discovered this rural corner of England to be her heart's home, and produced the remarkable illustrations for The Wind in the Willows and The Secret Garden for which she is now justly famed. You can learn more about the artist here. 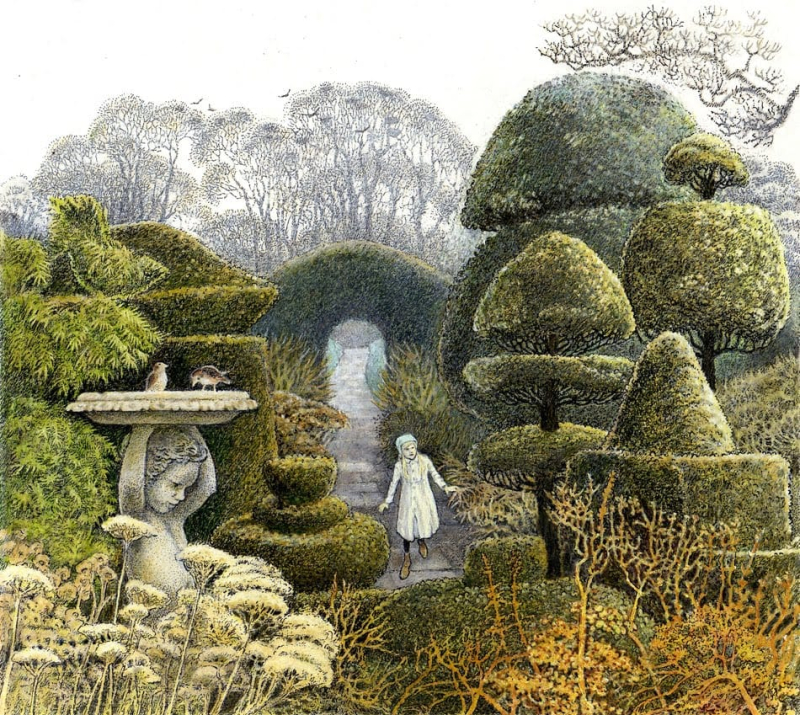 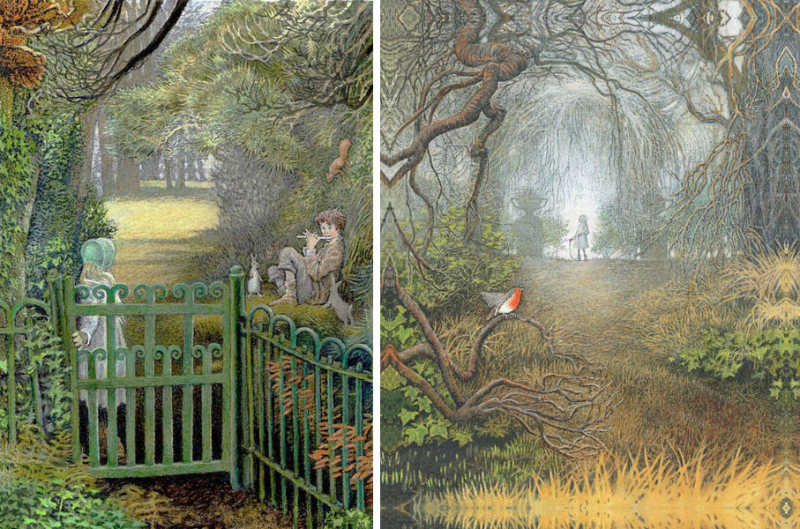 Words: The passages quoted above are from A Way of Being Free: Essays by Ben Okri (Phoenix House, 1997); Don't Tell the Grown-ups: The Subversive Power of Children's Literature by Alison Lurie (Little Brown, 1990), Why You Should Read Children's Books Even Though You Are So Old and Wise by Katherine Rundell (Bloomsbury, 2019), and The Force of Spirit: Essays by Scott Russel  (Beacon Press, 2000) -- each one of them highly recommended. All rights reserved by the authors.

Pictures: Illustrations for Kenneth Grahame's The Wind in the Willows and Frances Hodgson Burnett's The Secret Garden by Inga Moore, plus one illustration for E. Nesbit's The Railway Children. All rights reserved by the artist.

in Books that shape us, Children, Fantasy literature, On reading, On writing, Stories | Permalink | Comments (5)

Beautiful enchantment and encouragement for a Full Moon of Harvest as the light from these words, illustrations and mischief find their way into my heart. What a gift, thank you.

Thank you Terri, This post brings a sense of poignancy to my being as culture seems to leapfrog over itself. Now, as I work with children so bereft of stories in their simple formula, I rejoice in your great choice of reminders🌸🎭

Terri - thank you for a timely post and one that provided an "aha" moment where I was able to figure out why I was feeling so off with my writing. I was reverting back to being a technical writer and forgetting to tell stories. While I write more as a hobby, it is an important part of my life and not being able to figure out the problem had been a vexing issue for me for some time. I have been reading your posts for a while now and enjoy them tremendously. They bring back memories of a different time in life and one that makes me smile. Thanks again. H.

Love, absolutely love these images by Inga Moore and those stories stirring with mischief in their blood. Thank you so much for sharing these. I am enchanted!

And stories always have mischief in their blood.
Ben Okri

I was her -- bored in my blond hair and wool dress
sitting on the window seat, staring
at the world beyond & wanting to misbehave
in the most imaginative way.

Boredom's luggage was piled as school books
on the bench, music sheets on the piano.
Lessons and practice drove me
to distraction, the window that became
the looking glass where I entered
the other side of Monday's story.

Out there, the garden wandered
into secret corners and past evergreen spires
that scratched the sky. Birds heard within
chanted their own plain song. blue or gray
little nuns advocating frolic

rather than the frown of a displeased teacher. Deer
glided through the open gate, seeking to steal
some of the fallen apples, Daughter's
of the evening light, I wanted to join them and swallow
the seeds of magic, be granted the grown-up
shadow of a hind.