Wonder, peril, and transformation
The books that shape us: A.S. Byatt

The books that shape us: Ruth Rendell 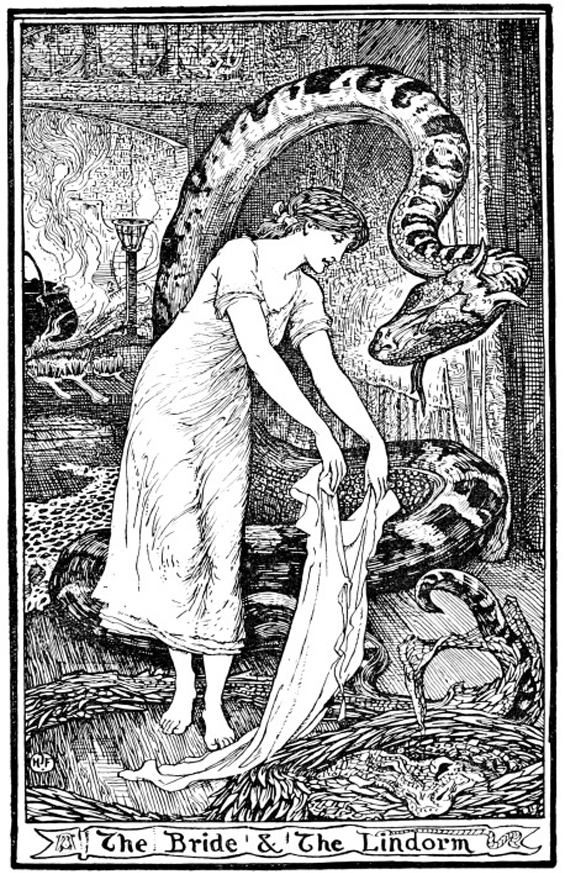 I'm out of the studio today in order to help an elderly family member through a difficult situation (please wish us luck). I'll be back to my usual Myth & Moor schedule on Monday -- but in the meantime, since we've been talking about fairy tales this week, let's re-visit a couple of posts on the subject from the archives....

For her anthology The Pleasure of Reading (originally published in 1992 and expanded in 2015), Antonio Fraser asked a wide range of contemporary writers to describe their early reading, and what did (or did not) influence them. Here is how the great mystery writer Ruth Rendell answered the question: 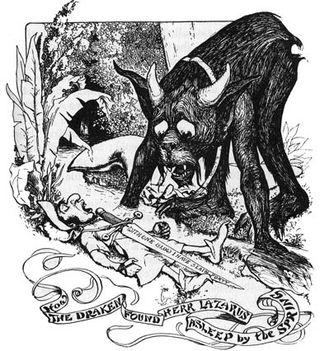 "The picture I can still see in my mind's eye is of a dancing, gestulating thing with a human face and cat's ears, its body furred like a bear. The anomaly is that at the time, when I was about seven, the last thing I wanted was ever to see that picture again. I knew precisely where in the Andrew Lang Fairy Book it came, in which quarter of the book and between which pages, and I was determined never to look at it, it frightened me too much. On the other hand, so perverse are human beings, however youthful and innocent, that I was also terribly temped to peep at it. To flit quickly through the pages in the dangerous area and catch a tiny fearful glimpse. 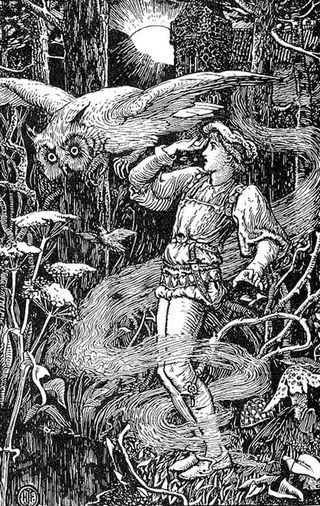 "Now I can't even remember which of the Fairy Books it was, Crimson, Blue, Yellow, Lilac. I read them all. They were the first books I read which others had not either read or recommended to me, and they left me with a permanent fondness for fairy stories and with something else, something that has been of practical use to me as well as a perennial fascination. Andrew Lang began the process of teaching me how to frighten my readers....

"Because I had a Scandinavian mother -- I have to describe her thus as she was half-Swede, half-Dane, with an Icelandic grandmother, born in Stockholm, brought up in Copenhagen -- I was early on introduced to Hans Andersen. I never liked him. He was too much of a moralist for me. His stories mostly carried a message and a threat. Oddly enough, or perhaps not oddly at all, the one I hated the most was the favorite of my mother, who had her stern Lutheran side. This was 'The Girl Who Trod on a Loaf,' which is about ugsome Inger who used a loaf of bread as a stepping stone to avoid wetting her fine shoes at the ford. The rest of course was that she sank down into the Bog Wife's domain, a kind of cesspit of creepy-crawlies, and that is only the beginning of her misfortunes. 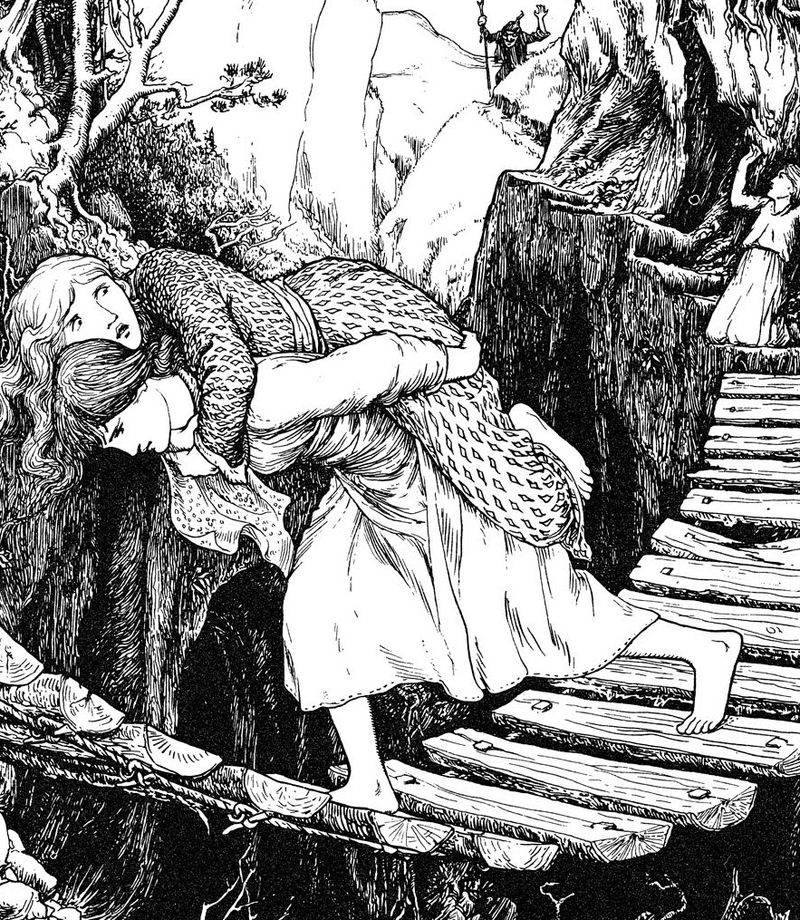 "I never really wanted to read anything my parents wanted me to read. No doubt this is normal. The exception would be Beatrix Potter, but we grow out of her early and only return to our passion after twenty or thirty years. Does anyone read The Water Babies today? Charles Kingsley is just as improving as Andersen but in a different way. It was social rather than moral evils he pointed out. Andersen never gave a thought to Inger's poverty and deprived childhood. The poor little chimney sweep's boys always excited my wonder and pity. I never imagined I would one day live in a house where, inside the huge chimney, you can see the footholds the boys used to go up with their brushes. The water creatures the metamorphosed Tom encountered started me on a lifelong interest in natural history. 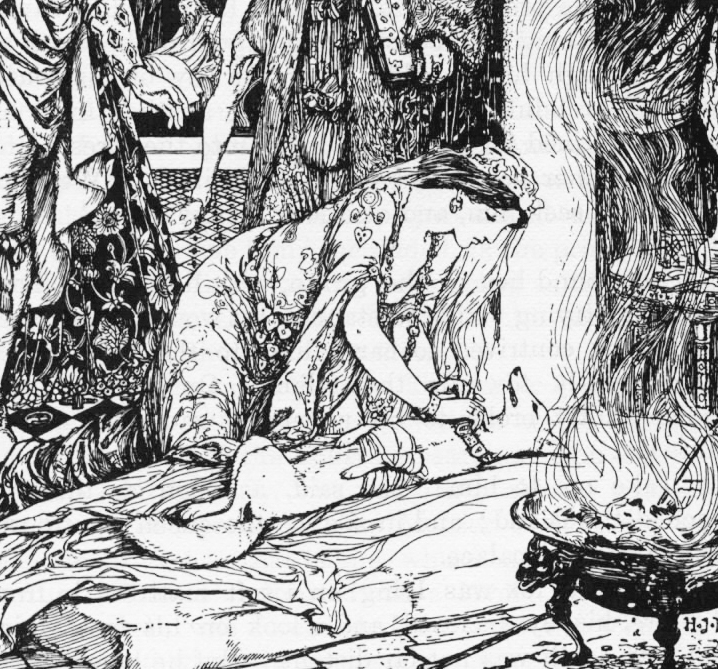 "Two years after Tolkien's The Hobbit was published I read it for the first time. Twenty years later I read it again and experienced just the same feeling of delight and 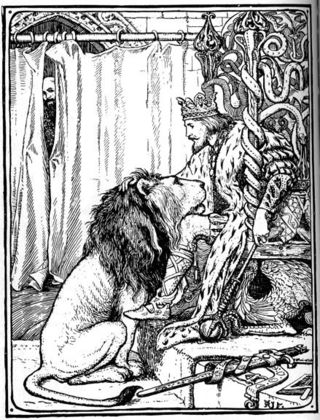 happiness and a quite breathless pleasure. That first time, when I was nine, was also the first time I remember feeling this. It is a sensation known to all lovers of fiction and comes about at page two, when you know it's not only going to be a good one, but immensely satisfying, enthralling, not to be put down without resentment, drawing inexorably to a conclusion of power and dramatic soundness.

"While I was engrossed in The Hobbit I was also reading The Complete Book of British Butterflies, a fairly large tome by the great naturalist F.W. Frowhawk -- what a wonderful name that is, he sounds like a giant butterfly or moth himself. That copy I still have, can see it on the shelves from where I sit writing. I used to collect butterflies, kill them in a bottle containing ammonia on cottonwool and mount them on pins. The disapproval of a schoolfellow, whom I rather disliked but must have respected, put an end to that and I have killed hardly anything since, a few flies, a mosquito or two. Outside the pages of fiction, that is." 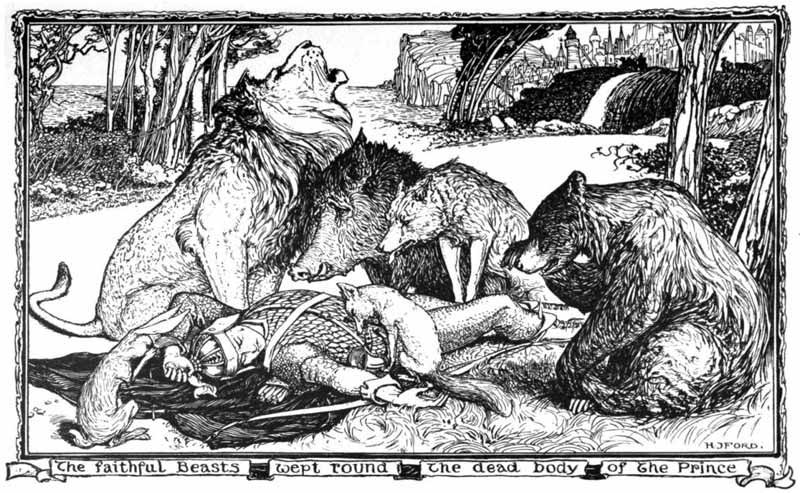 The drawings today are from Andrew Lang's Fairy Books, published from 1889 to 1910, illustrated by H.J. Ford. I have no idea which particular illustration from the series frightened Ruth Rendell, however!

Henry Justice Ford (1860-1941) was born and raised in London, where his father was a solicitor and the entire family was mad for cricket. (His father wrote books on the subject and his brother played professionally.) He studied classics at Cambridge, received a first-class degree, and then veered into an art career instead, training at the Slade and the Bushey schools of art. In addition to illustrating children's books and classics from the 1880s through the 1920s, Ford also painted historical works and landscapes exhibited at the Royal Academy, designed the Peter Pan costume for J.M. Barrie's first staging of his famous play, and was part of an artistic London set that included Barrie, P.G. Wodehouse, and Arthur Conan Doyle. He settled in Kensington, where he married late in life and had one much-loved adopted daughter. The passage above comes from The Pleasure of Reading, edited by Antonia Fraser (Bloomsbury, 1992); all rights reserved by Fraser and the Ruth Rendell estate.

in From the archives | Permalink | Comments (0)