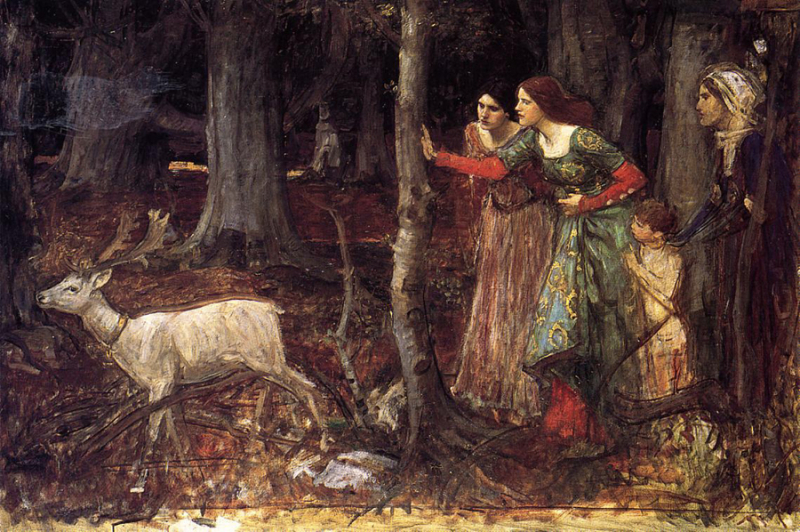 Between the setting of the sun and the black of night, dusk is a potent, magical time -- not just at Halloween/Samhain, but at every point in the calendar. The eerie, hushed, dimpsy of dusk (whether the long gloaming of a summer's eve, or a fleeting moment in the winter months) indicates, in the British folk tradition, that the gates between the our mortal world and the faery Otherworld stand ajar. 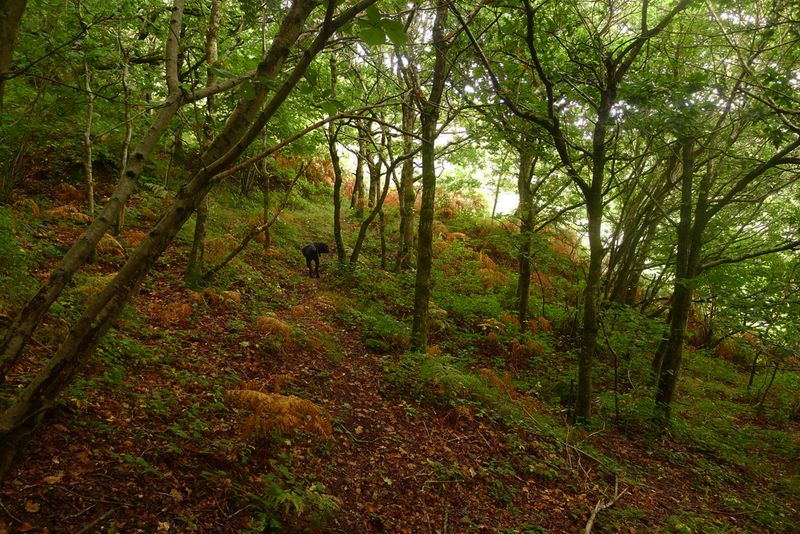 When I was a child, I longed to discover a doorway into Faerieland or a wardrobe leading to Narnia...and I actually attempted to find one, in the quiet twilight hour of a certain evening on the cusp of autumn. I remember it still: sitting huddled in the shadows, escaping the chaos of a troubled home, determined to conjure a portal to a magic realm by sheer force of will. I failed, of course. But like many children hungry for a deeper connection with the spirit-filled unknown, what I couldn't find in New Jersey that night I discovered in the pages of fantasy books...and, later, in the study of folklore and a life-time of wandering the landscape of myth.

My younger self may have been in the wrong place, but I'd instinctively managed to chose the right time, for twilight, in many mythic traditions, contains powerful enchantment. 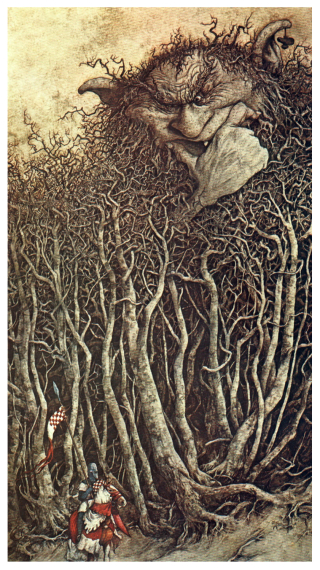 "Anytime that is 'betwixt and between' or transitional is the faeries' favorite time," says painter and folklorist Brian Froud. "They inhabit transitional spaces like the bottom of the garden: existing in the boundary between cultivation and wilderness. Or at the edges of water, the spot that is neither land nor lake, neither path nor pond. They relish moments of 'flux and flow': the hush between night and day, the times of change between one season and the next. They come when we are half-asleep. They come at moments when we least expect them; when our rational mind balances with the fluid irrational."

In myth, it is rarely easy to cross from the human world to the Otherlands, whatever those Otherlands may be: Faerie, Tir-na-nog, the Spirit World, the Underworld and the Realm of the Dead. Gods and guardians of the threshold are the border guards who will either stamp your passport or block your way -- such as Janus, the god of doorways, gateways, passages, beginnings and endings in Roman mythology; or Cardea, with whom he is often paired, the goddess of door-hinges, domestic thresholds, passageways of the body, and liminal states. According to Robert Graves' mad and brilliant book, The White Goddess, Cardea was propitiated at weddings by lighting torches of hawthorne, her sacred tree, for she had the power "to open what is shut; and shut what is open." (She was thus associated with virginity, virginity's end, and, consequently, with childbirth.) 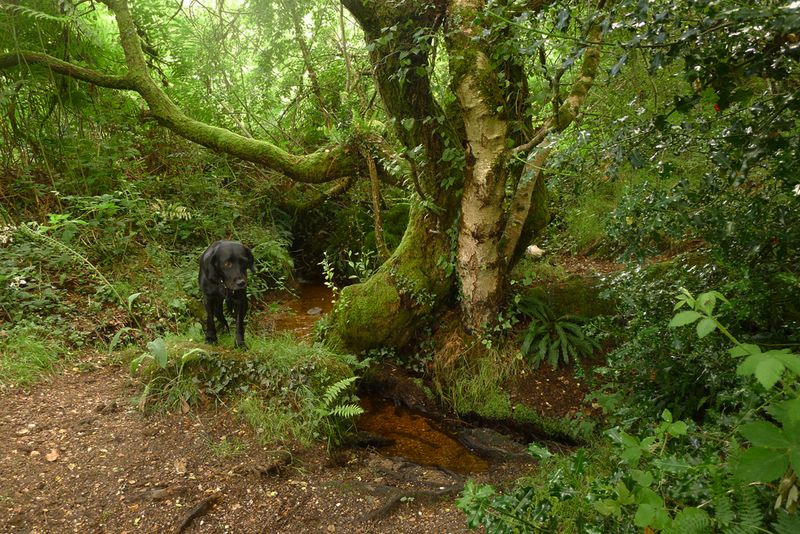 A wide variety of guardian figures around the world (gods, faeries, supernatural spirits) regulate passage through mystic thresholds and access to sacred groves, glens, springs and wells.  Some of them guard whole forests and mountains, while others protect individual trees, hills, stones, bridges, crossings, and crossroads. Myth and folklore tells us these guardians can be appeased, tricked, outwitted, even slain -- but usually at a price which is somewhat higher than one wants to pay. 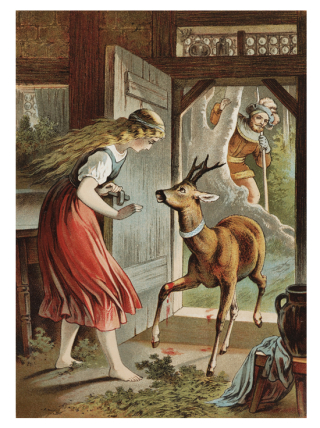 Sometimes it is the land itself preventing casual passage across mythic boundaries. In the Scottish ballad "Thomas the Rhymer," a river of human blood stands between Faerieland and the mortal world, and Thomas must pay the price of seven years servitude to make that crossing. In the German fairy tale "Brother and Sister," an enchanted stream must be crossed three times in the siblings' flight through the deep, dark woods. They are sternly warned not to stop and drink -- but the brother breaks this magical taboo and is transformed into a deer. In other tales, one princess must climb seven iron mountains to reach the land where her love is imprisoned; another must trick the winds into carrying her where her feet cannot. A magical hedge of thorns is the boundary between Sleeping Beauty's castle and the everyday world, and it cannot be penetrated until time, blood, and prophesy all stand aligned. 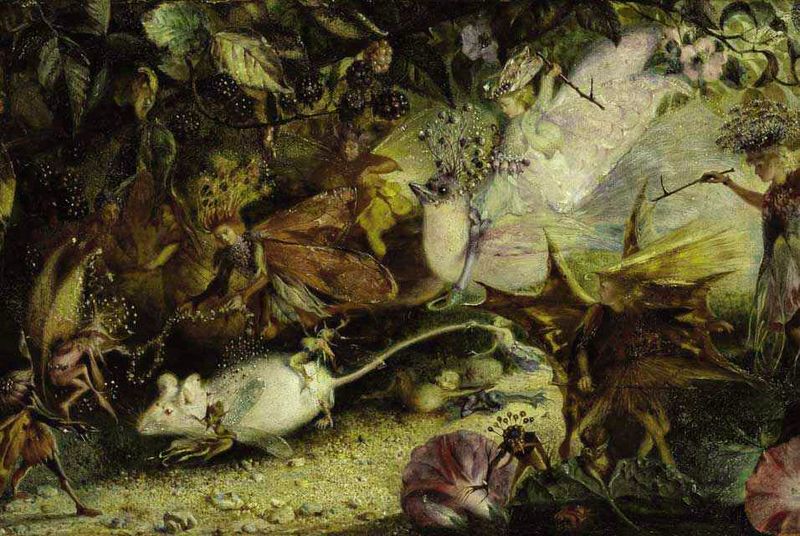 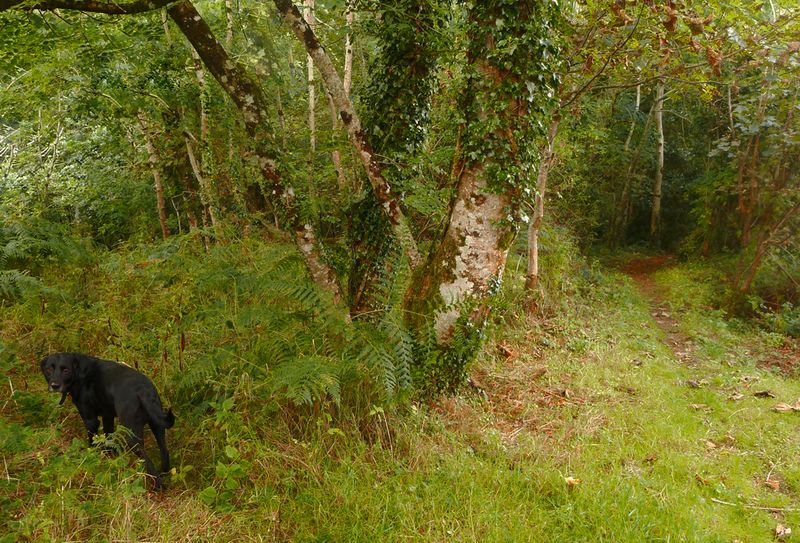 Trickster is a rare mythic figure who crosses borders and boundaries with ease. In his various guises around the globe (Hermes, Mercury, Loki, Legba, Maui, Monkey, Anansi, Coyote, Raven, Manabozho, Br'er Rabbit, Puck, etc.) he moves back and forth between the realms carrying messages, stealing fire and cattle, making mischief on both sides of the border, dancing in the borderlands between, and (in his role of Psychopomp) leading the dead in their journey to the Underworld or the Spirit Lands.

As Lewis Hyde points out: "A trickster does not live near the hearth; he does not live in the halls of justice, the soldier's tent, the shaman's hut, the monastery. He passes through each of these when there is a moment of silence, and he enlivens each with mischief, but he is not their guiding spirit. He is the spirit of the doorway leading out, and of the crossroad at the edge of town (the one where a little market springs up)....

"There are strangers on that road, and thieves, and in the underbrush a sly beast whose stomach has not heard about your letters of safe passage." 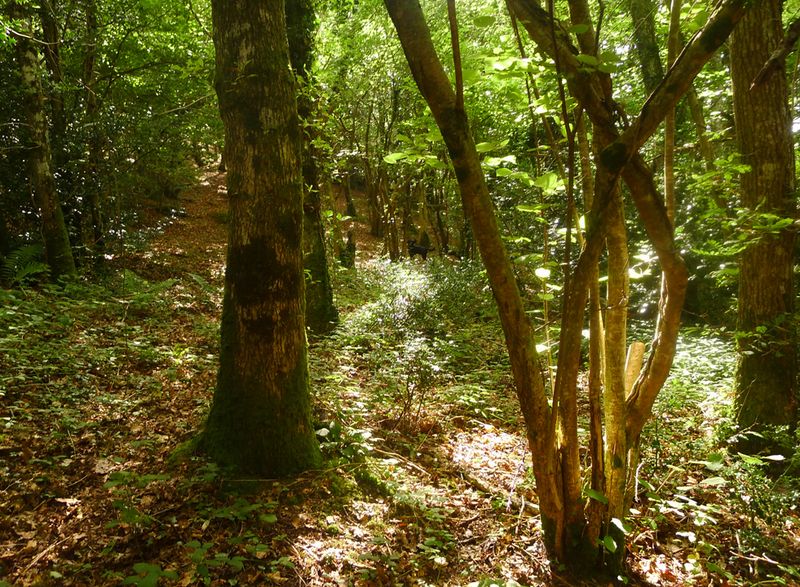 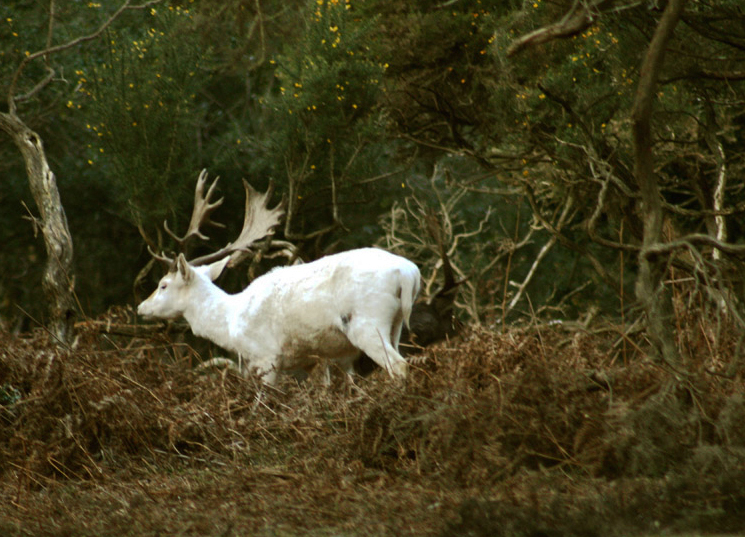 Many fantasy novels grow from the desire to go beyond the fields we know or to find the hidden door in the hedge. Unlike Tolkien's Lord of the Rings or Le Guin's Earthsea books, set entirely in invented landscapes, the protagonists of these tales cross over a border, or through a magical portal, traveling from our world to a strange Otherland. This device was used most famously in C.S. Lewis's The Lion, the Witch, and the Wardrobe (and his other Narnia books), but also in Andre Norton's Witchworld series, Pamela Dean's Secret Country books, Joyce Ballou Gregorian's Tredana trilogy, Charles de Lint's Moonheart, Phillip Pullman's His Dark Materials (although Lyra's Oxford isn't exactly our own), and numerous others.

There are also tales in which movement across the border goes in the opposite direction, spilling magic from the Otherworld into ours, such as Robert Holdstock's Mythago Wood series, Patricia McKillp's Solstice Wood, and William Hope Hodgson's The House on the Borderlands (1908). In his classic novel The King of Elfland's Daughter (1924), the great Irish fantasist Lord Dunsany focused on the borderland itself: the tricksy, shifting landscape squeezed between the mortal and magical realms...a device that was then irreverently updated by Bordertown, one of the earliest series in the "urban fantasy" genre, with its motorcycle-riding and rave-dancing elves, humans, and halflings in a crumbling city at the edge-lands of Faerie.

Magical realist works on the mainstream shelves also make use of border-crossing themes. Rick Collignon's The Journal of Antonio Montoya, Pat Mora's House of Houses, Alfredo Vea Jr.'s La Maravilla, Kathleen Alcala's Spirits of the Ordinary, and Susan Power's The Grass Dancer are all extraordinary books where the membrane between the worlds of the living and the dead is thin and torn; as is Leslie Marmon Silko's wide-ranging refutation of borders, The Almanac of the Dead.  In Thomas King's Green Grass, Running Water, Trickster crosses easily from the mythic to modern world; while in Antelope Wife by Louise Erdrich these worlds are stitched together in the intricate patterns of Indian beadwork. 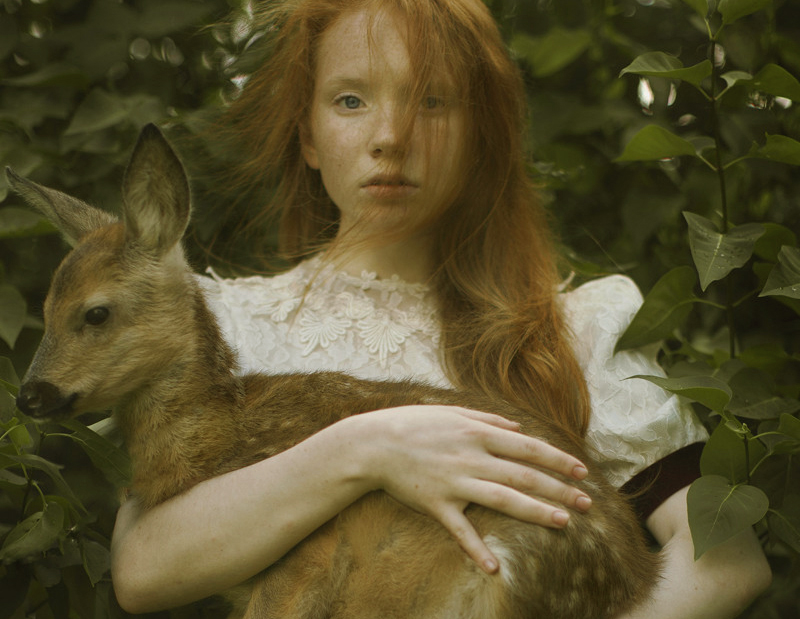 As myth, folklore, and fairy tales remind us, the border between any two things is a traditional place of enchantment: a bridge between two banks of a river; the silvery light between night and day; the liminal moment between dreaming and waking; the motion of shape-shifting transformation; and all those interstitial realms where cultures, myths, landscapes, languages, art forms, and genres meet. 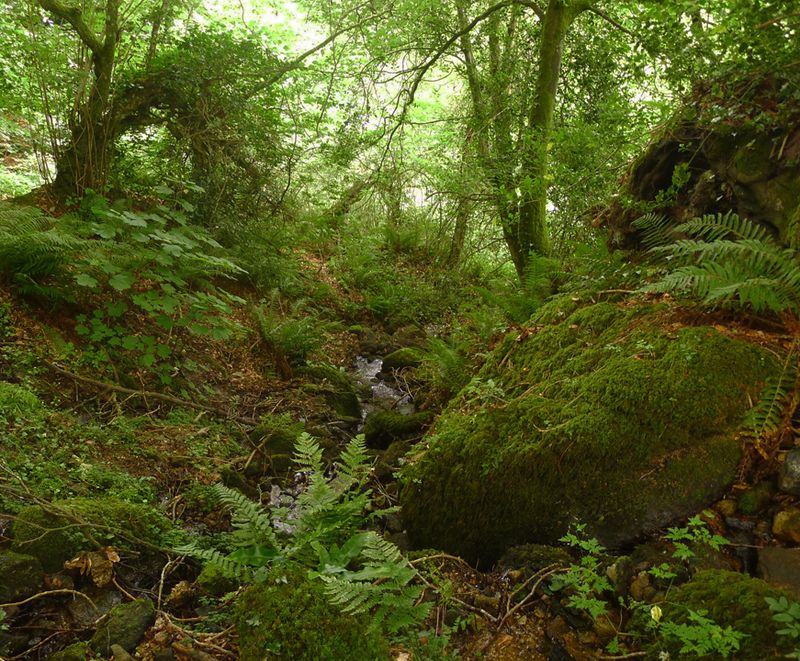 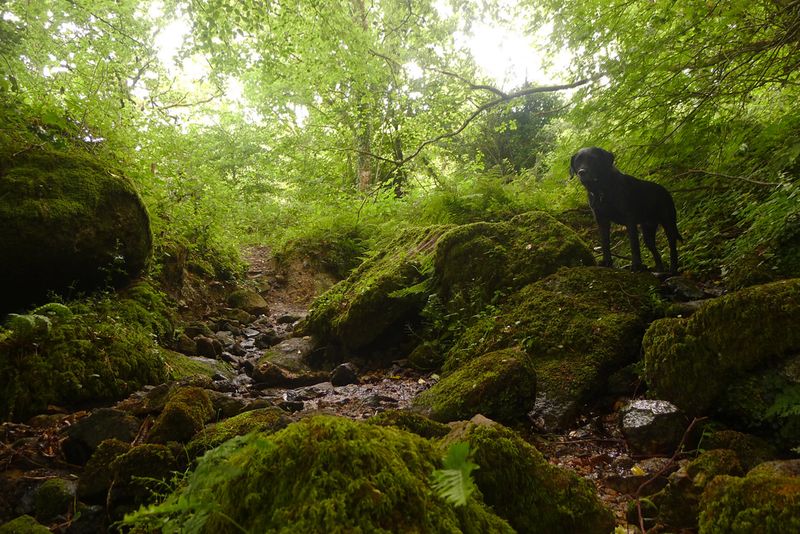 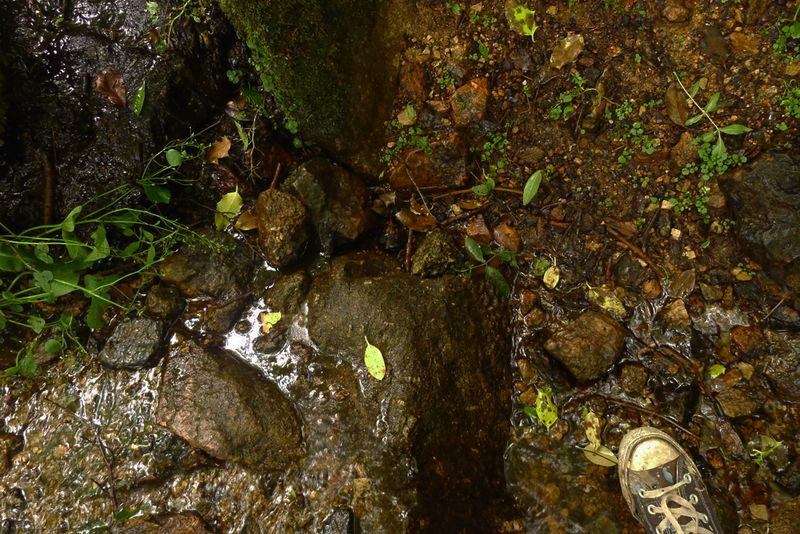 We cross the border every time we step from the mundane world to the lands of myth; from mainstream culture to the pages of a mythological study or a magical tale. As a folklorist and fantasist, I cannot resist an unknown road or an open gate. I'm still that child at twilight on an autumn eve, willing magic into existence. 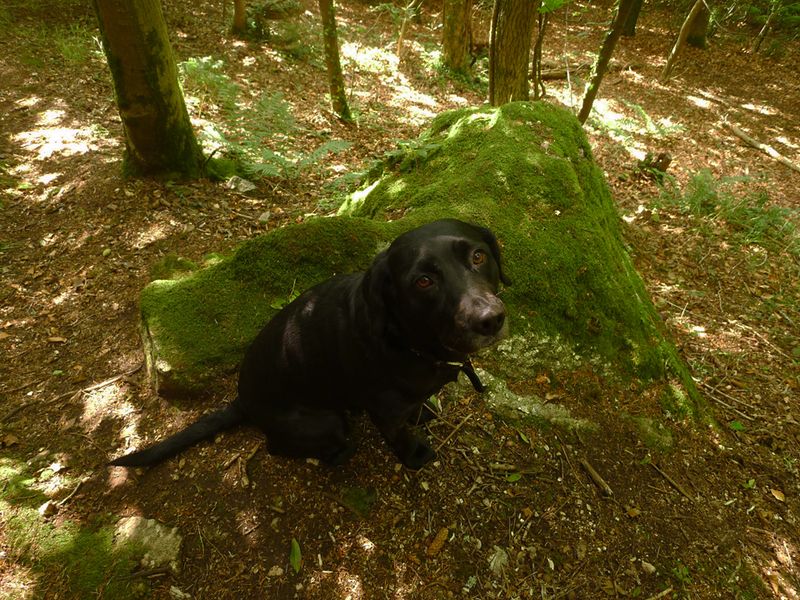 Words: The quote by Brian Froud is from a conversation I noted down when I was editing his book Good Faeries, Bad Faeries (Simon & Schuster, 1998). The quote by Lewis Hyde is from his excellent book Trickster Makes This World: Mischief, Myth, & Art (Farrar, Straus, & Giroux, 1998). All rights reserved.

Pictures: Art credits can be found in the picture captions. (Run your cursor over the images to see them.) The artists are John William Waterhouse, John Anster Fitzgerald, Brian Froud, Carl Offerdinger, Jayne Baynes, and Karina Plotnikova. All rights reserved by the artists.

in From the archives | Permalink | Comments (7)

Lovely, lovely post. Thank you for opening up doors to other worlds.

I remember that between time,
when I was ten,
standing at the doorway of belief.
Between being Jewish
and being a fairy child.
Between Purim costumes
and real wings.
Between the dimpsy of dairy dusk
and the harsh light of torah.
I choose the fey,
fickle and feral,
difficult and daring,
twilight and tatters,
and have never once regretted
the choice.

Beautiful post. The energy of the Other realms is tangible at dusk, in Dutch we call it 'schemering', a word with so much potential for mythmaking.

Between the dimpsy of dairy dusk
and the harsh light of torah.
I choose the fey,
fickle and feral,
difficult and daring,
twilight and tatters,

I think as children even young adults, we enter the frame of that
doorway trying to find out who we are, what defines our true identity. I love the way you describe this transition/choice in your life. This beautifully detailed and I am with you on choosing
"the fey". That would also be my own choice. Love the use of the word "dimpsy" in this poem as I learned something new, and especially any word defining and attributed to twilight, the most magical time of day for me, is magic in itself.

Thanks so much for sharing
my best
Wendy

Restless, we somehow summoned her
and she pulled us
into a house of woods.
Its walls pillared
with camellia and cedar.

Its floor strewn with leaves
and the mud underneath
damp. Her feet did not
imprint the earth
while ours left traces
of boot and sandal.

We stopped by a stream
where salmon came to spawn
and cranes flung their white
shawls across the sky
flying south.

Lost in the presence
of birds and fish, she drew
our attention
rubbing together
two stalks of kindling.
We became wood smoke.

Our spirits diffused
to drift and linger,
to pilgrimage
on the forest path

finding near twilight
what needed, yearned
to be remembered
and retold.

"cranes flung their white shawls across the sky"

shudder of recognition and truth.

Thanks so much Jane
For commenting. I deeply appreciate!!

Take care
My best to you and yours
Wendy