And some lovely recent news: 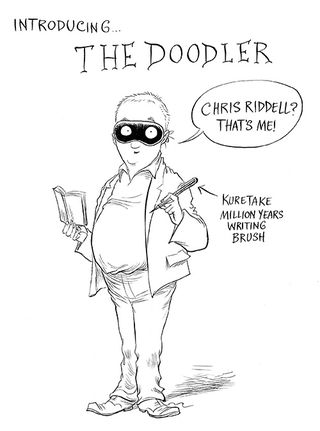 Author and artist Chris Riddell has
been named as the UK's new Children's Laureate. He is the country's ninth laureate, following Malorie Blackman. Blackman, during her term, was a staunch supporter of our country's libraries -- at a time when a disgraceful number of them have been closed or are under threat -- and Riddell has vowed to be the same, bless him.

"I am humbled to take on this role," he says," after the giants that have come before me. I want to put the joy of creativity, of drawing every day, of having a go and being surprised at what one can achieve with just a pencil and an idea at the heart of my term as Laureate. I want to make sure people have fun whilst addressing fundamental issues I care about passionately." 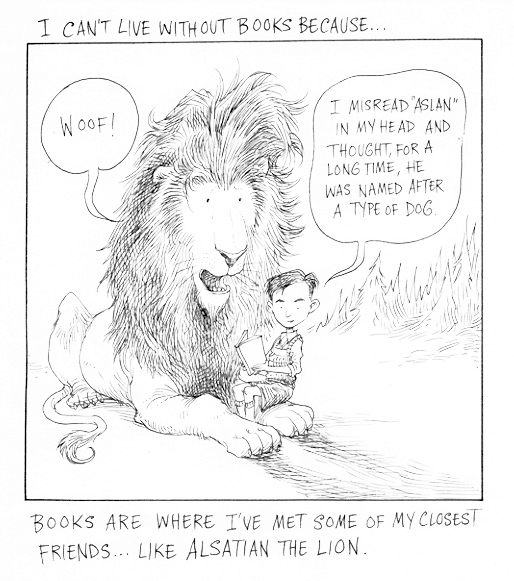 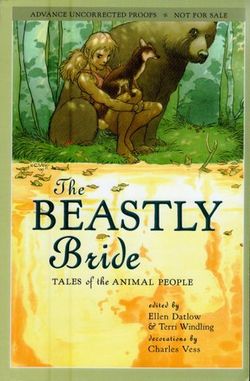 The Beastly Bride (the YA "mythic fiction" anthology inspired by animal-transformation tales that I co-edited with Ellen Datlow) is a Finalist for the Locus Award.

Congratulations to everyone involved with the book.

Also, I don't think I mentioned before that two stories from the book, by Christopher Barzak and Shweta Narayan, are on this year's Nebula Award ballot. Very nice indeed.

More news from the Border 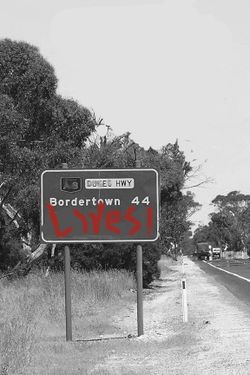 The new Bordertown book (discussed in my last post) contains a mix of writers old and new. Half of them (like co-editor Ellen Kushner) are writers who first created the series with me, back in our wayward youth -- while the other half (like co-editor Holly Black) are younger writers who grew up with the Bordertown books, and whose work was influenced by the urban fantasy genre that they helped to pioneer.

Janni Lee Simner, one of the latter, has just written a lovely little piece, "Running Away to Bordertown," about the magic of writing and reading urban fantasy.

Annette Curtis Klause, also one of the latter, writes about her own journey to the Border on her blog, Human Oddity.

And speaking of good blog posts, are you all keeping up with the "Fairytale Reflections" over on Katherine Langrish's blog? The latest entry in this fabulous series is by Delia Sherman, discussing The Snow Child. 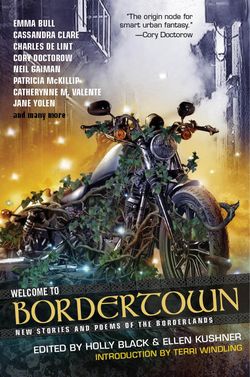 Here is the cover art for the new Bordertown anthology, a fat collection of brand new Bordertown stories to be published by Random House in May, 2011. (Click on the art to see a larger version.) The cover painting is by Steve Stone, and the design by Ellice Lee. Our Random House editor is the valiant Mallory Loehr, assisted by Chelsea Eberly.

A limited number of Advanced Reading Copies of the book were handed out to reviewers at the World Fantasy Convention, and more will be sent out closer to the publication date. There's also a new Bordertown website in the works, and I'll link to it here when it's ready to debut.

Our first “unofficial review” comes from One Minute Monkey, the LJ page of Michael M. Jones (book reviewer for The Green Man Review and other publications):

“This is over 500 pages of fiction and poetry, revisiting the Bordertown setting which helped lay the groundwork for today’s urban fantasy bonanza. Not only have many of the original contributors showed up for another go-around, but they’re joined by a fair number of today’s hottest writers, those who pretty much GREW UP with Bordertown. This isn’t a rehashing of the old days, this is a love-fueled rock n’ roll continuation and updating where a new generation meets the old gang. (And in my opinion, they came up with a perfectly appropriate way to make those intervening 13 years between installments seem like 13 days… heheheheh.)”

And f.y.i., here's the volume's complete Table of Contents:

For those of you unfamiliar with the series, Annette Curtis Klause has written a good description of its premise: 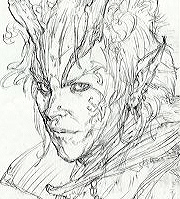 "The gate to Elfland has reappeared in our world," she explains, "and around it stretches a border where neither magic or technology works quite right. Bordertown is a place unlike any city but also like a bit of them all. Runaways come from both sides of the border to find adventure. Elves play in rock bands and race down the street on spell-powered motorcycles. Humans have the freedom to recreate themselves but have to cobble together ways of doing what was once for granted with a combination of iffy magic and ingenuity. But all isn’t fun and happy-ever-after in the clubs and squats of the bohemian Soho neighborhood or even in the high-priced elvin homes on Dragon Hill. 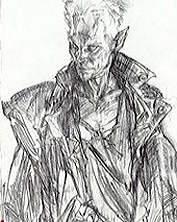 Prejudice, addiction, and revenge walk hand in hand with the artists, poets, and musicians of the city, gangs of elves and humans are constantly at war or in uneasy truce, and surviving sometimes depends on discovering skills you didn’t know you had."

Bordertown, says Holly Black (in her Introduction to the new volume) is "a city where the capricious and dangerous elves of folklore (even if they called themselves something else) walk around in leather jackets, drink alongside human artists and poets at bars, and, most of all, exist in a world that isn’t long ago and far away. Bordertown is always close by, just around a corner, the place you can run away to if you dare...."

In the photo below, Holly and Ellen sign ARCs, hot off the press, at the World Fantasy Convention in Columbus, Ohio (October, 2010):

Until the new Bordertown website is up, you'll find a bit more information on the series here -- and there's information on the creation of the new anthology on Ellen Kushner's blog. Two good Bordertown fan sites are The Hard Luck Cafe and The Yellow Brick Road -- and go here for a charming little ditty called the "Bordertown Waltz" by reader Gina Donahue. The little Bordertown sketches above are by my friend Iain McCaig, who knows the back streets of B-town well. 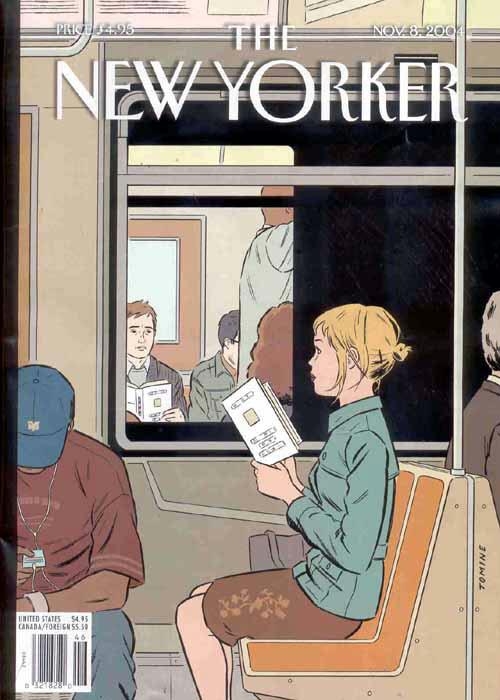 I'm in New York (all too briefly) on my way out to the Sirens conference in Colorado, and it sure is nice to be back. New York always feels more like my hometown than the places where I actually grew up (which weren't far from New York), perhaps because I did my artistic "growing up" while working in this crazy, wonderful city back in my twenties. Although I love the quieter, slower, nature-rich life I live now in the sheep-dotted hills of Devon, there are ways in which I still feel more truly myself here in New York, more than anywhere else. Even after all this time in the desert and on Dartmoor. Strange, isn't it?

Ellen Kushner, Holly Black, and I had a long, productive meeting at Random House yesterday about publicity plans for the new Borderland book, which will be out on the shelves next May. There are many interesting plans afoot. Today, more visits with publishing friends and colleagues; tonight, a NYRSF reading at the Soho Gallery for Digital Art featuring Catherynne Valente and Seanan McGuire, which I'm really looking forward to. (Perhaps I'll see some of you there?) Then I'm off to Vail, Colorado in the morning. A good trip, all in all. (But yes, I'm missing my pup!)

The picture above is one of my all-time favorite New Yorker covers, by Adrian Tomine. It reminds me so much of my years here as a young editor, commuting back and forth to work every day with a book in my hand and manuscripts weighting down my backpack. Below, in the bottom center of the photo, you can see the historic Flat Iron Building where the Tor Books/St. Martin's Press offices are located. (It's the triangular building in the crouch of the "V" where Broadway and 5th Avenue meet.) 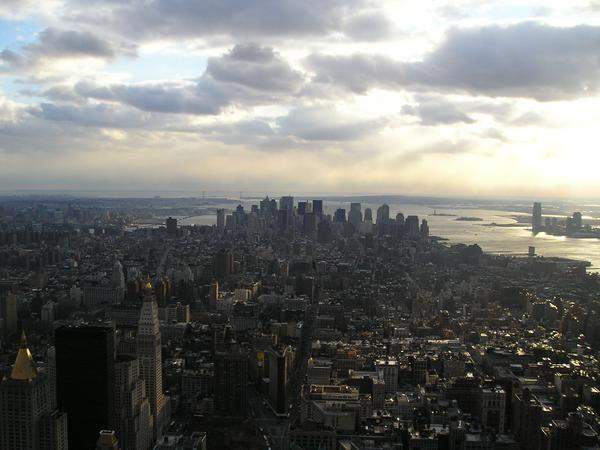 in Life in the city, Publishing news, Travel | Permalink | Comments (8)