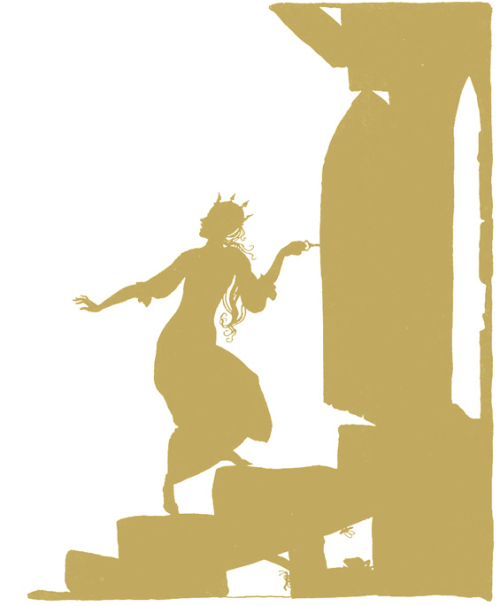 Fairy tales, in previous centuries, weren't considered stories for children only. The name "fairy tale" comes from the French conte de fée, a term coined in 17th century Paris for a literary fashion popular with adult readers. At the heart of the 17th century's profusion of literary fairy tales are the remnants of much older tales from the oral tradition -- mixed with literary influences from medieval romance, and from 16th century Italian publications. French writers from the salons of Paris, such as Charles Perrault and Madame D'Aulnoy, created complex, enchanting tales still known and enjoyed by readers today (though often in simplified forms) : Cinderella, Sleeping Beauty, Bluebeard, The White Cat, The Discrete Princess, and numerous others.

The German Romantics took up the literary fairy tale form in the 18th and 19th centuries, creating adult works inspired by previous French and Italian stories mixed with tales from the German folk tradition (as popularized by the Brothers Grimm). Also in the 19th century, Denmark's celebrated Hans Christian Anderson created such beloved fairy tales as The Little Mermaid and The Snow Queen; and England's Oscar Wilde penned poignant stories such as The Selfish Giant and The Nightingale and the Rose. By this time, however, fairy tales had become increasingly associated with children. The older, darker stories were cleaned up by Victorian editors and published in the prosperous new market for children's books.

This bowdlerization of fairy tales continued in the 20th century, epitomized by the simple cartoon versions created by Walt Disney. Alas, these simple versions of the tales are the only ones most readers know today -- versions in which the complexity, sensuality, and horror have been carefully toned down, or stripped out altogether. Where once we had stories of active heroines making their own way through the dark of the woods, now we have girls who sit crying in the ashes, awaiting rescue by a rich Prince Charming. Where once Sleeping Beauty was impregnated by her prince, waking all alone at the birth of twins, now she's awakened by a chaste kiss and the tale ends promptly with a wedding.

Despite the pervasive Disney influence, at the end of the 20th century a revival of adult fairy tale literature began among three overlapping groups of authors: feminist "mainstream" writers, feminist poets, and writers in the fantasy genre. Foremost among them is Angela Carter, whose brilliant re-working of fairy tales, The Bloody Chamber  (1979), influenced a generation of writers and did more than other single text to bring fairy tales back into vogue with adult readers.