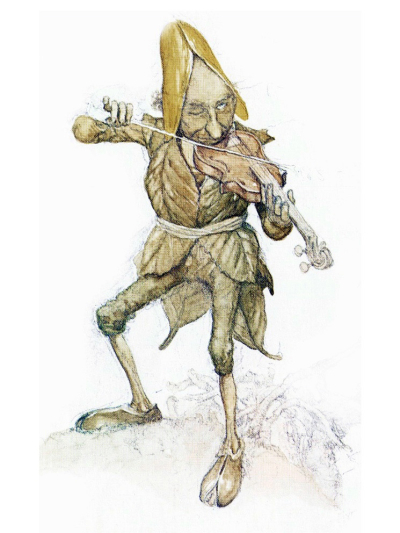 The Anglo/Scots/Irish immigrants who settled in the mountains of North Carolina brought a strong tradition of folklore and folk music with them -- including tales of children stolen by faeries, and of the changelings left in their place. This book takes a classic Old World story and transplants it to the New. The reading level is appropriate for children who have moved past simple picture books but aren't yet ready to tackle a full novel.

"Because it was a slim, large-print book intended for younger readers, I expected it to be a quick read. And I was right. What I didn't expect was the power and emotion locked in the words. This was for children? Sure...but it's for adults too.

"The Changeling is a story about courage. It's also a story about music -- Charlie finds his strength and salvation in his father's old fiddle and in the lessons which honed his own mastery of the instrument. It's also about Irish folklore, and the migration of mythology to the New World.  Sure, it's a kids' book, and I recommend it highly for any young child's library. But adults should take the hour needed to read it, too. They won't be disappointed."    - Rambles Magazine 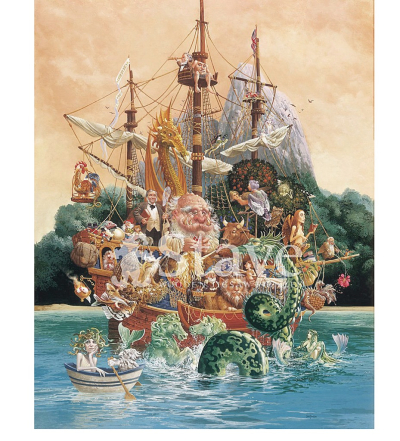 The Raven Queen is part of a multi-author series based on the art of James Christensen, set in the magical world he created in his 1996 art book, The Voyage of the Basset. (The name, of course, is a nod to Charles Darwin's ship, The Bassett.) Other volumes in the series are by Tanith Lee, Will Shetterly, Sherwood Smith, and Mary Frances Zambreno, fine writers all.

I was drawn to this project not only by the whimsical charm of James' art, but also because it gave me the chance to collaborate with Ellen Steiber, whose books and stories I love. (If you haven't yet read her mythic novel A Rumor of Gems, I highly recommend it.) The series is set in Victorian times, so Ellen and I decided on twin protagonists whose parents are hopelessly dreamy Pre-Raphaelite painters, spending the summer in an arts colony on the Cornish coast. We divided the twins between us: Ellen writing from Gwen's point of view and me from Devin's, in alternating chapters. Then we threw a bunch of faeries into the mix, including an annoying phooka and the treacherous Raven Queen of the Unseelie Court...

"Windling and Steiber alternate chapters but the writing is seamless and polished. There is not so much of the Basset itself in the book, but the authors make up for that with a rich and compelling narrative with its roots in folklore." - Rambles Magazine

Art above: "The Basset" by James Christensen (1942-2017), from The Voyage of the Basset, 1996. "Faery Fiddler" by Alan Lee, from Faeries, co-illustrated with Brian Froud, 1978. Most modern faery stories are indebted to Lee & Froud's ground-breaking book -- including my own.

I haven't posted the cover art for The Changeling here because, alas, I really dislike it! Readers often don't realize that authors rarely have control over cover art. The final say rests with the publishers, and may privilege marketing strategies over an author's aesthetic preference.