The Color of Angels 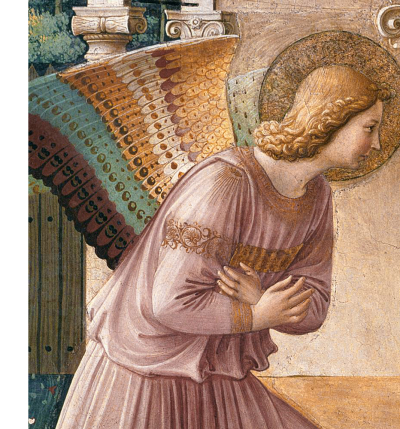 published in The Horns of Elfand (Roc Books), & reprinted in
Ravens in the Library (Quiet Thunder)

There were several things I wanted to explore in this story, the primary one being the way that illness can drain our lives of color and fire. The chronic illness I've lived with is a different one that Tatiana's (the protagonist of this story), and I'm a very different kind of person than she is -- but I did, nonetheless, draw on some of my own experiences to tell her story. The tale is loosely connected to The Wood Wife (where Tat is Maggie Black's best friend), but can also be read separately.

"...I can't get the story out of my head. And not simply the story, but the resonance of it. It's one of the longer offerings in the anthology, easily novella-length, and for those of you who enjoyed her novel The Wood Wife, you'll appreciate how characters from the novel and novella show up in each, albeit somewhat offstage. As the novel does, 'The Color of Angels' deals with the creative impulse and the complexities of human relationships, but here the focus is on printmaker Tatiana Ludvik, who is undergoing a crisis of faith. That, combined with the frustration of how multiple sclerosis is steadily weakening her body, sends Tat from her London studio to a small chapel in the Devon countryside that she had renovated in the days when she was stronger....The Devon countryside becomes as much a character here as the Sonoran desert did in The Wood Wife, while Windling's narrative skills seem to only grow stronger, particularly in how she balances her lyrical passages with those more firmly rooted in the grittiness of everyday life."     -- Charles de Lint in F&SF Magazine 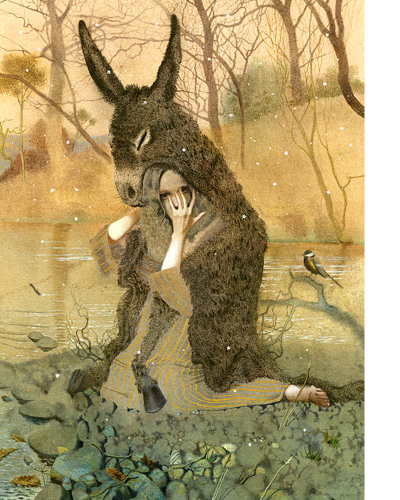 This short piece, half-way between a story and a prose-poem, is based on the Donkeyskin fairy tale. I wrote it for my book The Armless Maiden, an anthology of fairy-tale-inspired stories exploring the subject of child abuse. I especially wanted to include a Donkeyskin re-telling due to the tale's overt incest theme. Robin McKinley kindly offered to write one...but her story turned into a novel instead (called Deerskin, which I highly recommend). Since I still needed a Donkeyskin tale, I sat down and wrote one myself.

"Windling takes an updated text allusive to Charles Perrault's version of the tale, and inserts the experiences of a modern child in a similar situation to that of the heroine of the older tale. The functions of the tale - to use a Proppian analysis - follow the order of memory, rather than chronological positioning, strengthening the poignancy of the tale. Each verse begins with a header, taken either from the fairy tale text, or from the text of the headlines; the phrase, 'Once Upon a Time....' is juxtaposed with the unfortunately equally familiar opening of 'Have You Seen This Child?', found on milk cartons and bus station posters. The combination serves as a painful reminder of just how common the themes of this fairy tale can be."   - Helen Pilinovsky in "Donkeyskin, Deerskin, Allerleirauh: The Realities of the Fairy Tale"

The Green Children
published in The Armless Maiden (Tor Books) 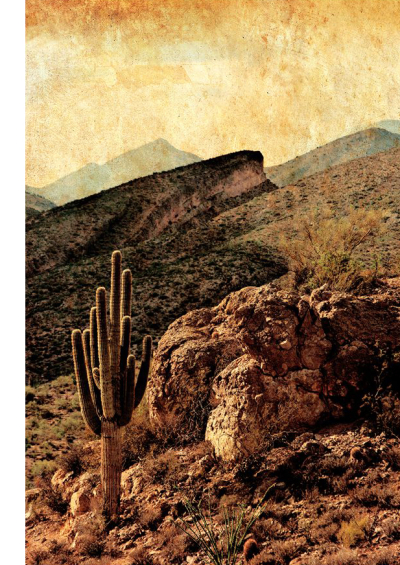 This story is based on a folk tale from the medieval chronicles of Ralph of Coggeshall and William of Newbridge. According to these accounts, two "green children" were found at St. Mary's of the Wolf-pits in Suffolk, England, during the reign of King Stephen. They were taken as curiosities to the house of a certain knight, Sir Richard de Calne, where they spoke in a strange language and would eat nothing but beans. I transplanted the story to the Arizona desert in the present day.

During the years when I lived in the Sonoran desert, a Diné (Navajo) friend showed me how she located peyote cactus in the wild by listening for its song. Her respectful relationship with this "medicine plant," contrasting with American society's prevailing views about peyote and other sacred hallucinogens, formed the inspiration for this story  -- based on some of my own experiences but written with my friend's permission and approval of the final result. I was careful to respect the traditions of the Native American Church by not taking Pip (the main protagonist) or the readers inside the ceremonial tipi. Pip brushes against this world only fleetingly, but it has an affect nonetheless. I've met kids like Pip and her friend Creek lurking at the edges of such ceremonies, and I always wondered what their stories might be.

"Windling draws a strong, believable character in Pippa and conveys a magical place where spirits walk the earth and where people can find their true selves. Pippa’s journey to regain herself is all the more convincing because of the rich setting that serves as backdrop."   - Aliette de Bodard in The Fix: Short Fiction Review

The art above is: A detail from The Annuciation by Fra Angelica, Donkeyskin by Nadezhda Illarionova, and a photograph of the Arizona desert by Stu Jenks.