Jane Yolen: The Everyday-ness of Writing 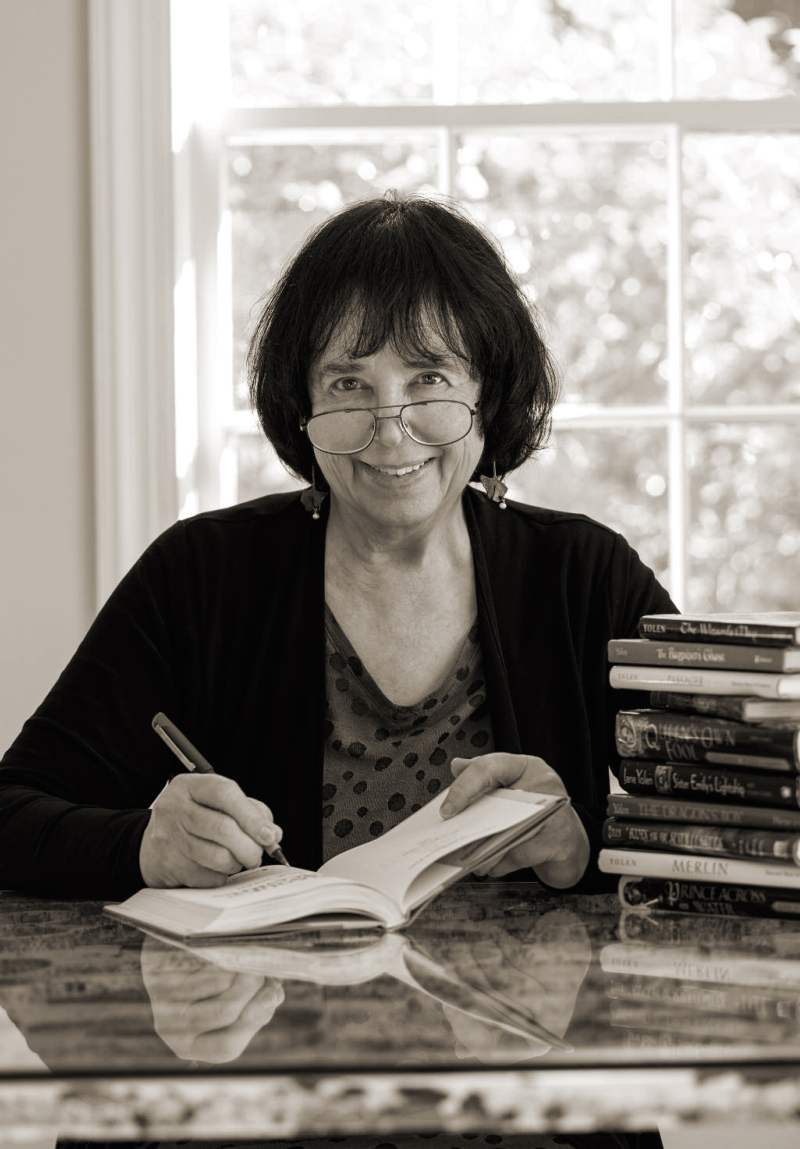 For many years Jane Yolen's friends have theorized that she is the possessor of a magical stop-watch: an eldritch device formed of spells and runes with which she can stop the motion of time. One click of the watch and the world comes to a stop; we all stand frozen between one breath and the next; all of us, that is, except for Jane, the Master of the Watch, creating secret hours in pockets of time that seem like mere minutes to us. How else, friends ask, is it humanly possible that Jane gets so much done? 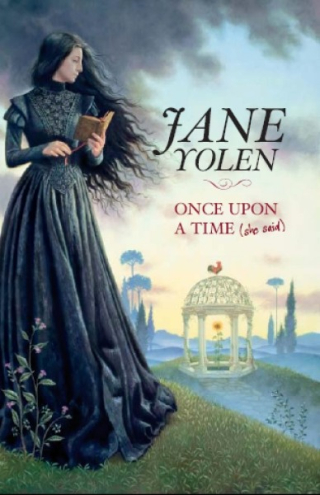 She has published upwards of three hundred books. She has edited, inspired or supported the publication of many more. She has written for comics and animation. She had a book turned into a Showtime film. She teaches and lectures. She sings ballads, tells stories, and is an authority on folklore and fairy tales. She's won the Caldecott Medal, two Christopher Medals, the Regina Medal, the Kerlan Award, three Mythopoeic Awards, the Golden Kite Award, the Skylark Award, the Jewish Book Award, and the World Fantasy Award for Life Achievement, among numerous other honors. She was on the Board of Directors for the Society of Children’s Book Writers & Illustrators, president of S.F.W.A. for two years, and a founding member of the Western New England Storytellers Guild, the Western Massachusetts Illustrators Guild, and the Bay State Writers Guild. She has a BA from Smith College, an MA from the University of Massachusetts, and six honorary doctorate degrees. She's the mother of three, grandmother of six, and good friend to more than I can possibly count. She lives in two countries, and her books are known the world over. She writes (and shares) a poem every day. So if she doesn't possess a magical stop-watch, then how on earth does she do it? 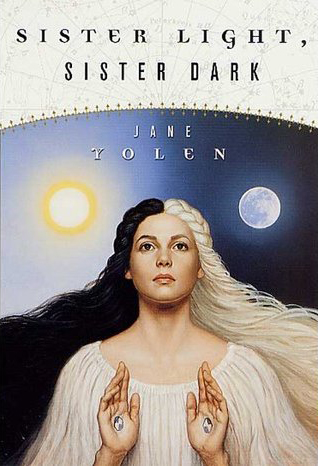 Having known Jane for over thirty years now, I know the real answer to that question. She works, and she works, and she keeps on working. Steadily and hard, but also with joy. "I love writing," she says simply. "There are a lot of writers who hate writing. They love having written, but they hate writing. They feel like they’re bleeding onto the page, and I think that’s an awfully messy way to write."

For Jane, writing is both Art and Craft -- and the craft is built on discipline, practice, and a quality she calls everyday-ness:

"Just as I do my morning exercises to get these old bones moving, I write every day. Every single day. Sometimes it's a chapter, sometimes it's a poem. Sometimes I make lists of things: nouns, verse to revise, ideas for new books, suggestions for stories with my children... Even if I am ill, traveling, caring for a sick husband, running around a convention, walking the Royal Mile -- even then I will manage to write something. Because being a writer means that kind of commitment. It doesn't have to be something for publication (though what does get published is almost always a surprise). It is something to get the brain, the heart, the imagination, and the fingers coordinated, working together. Not strangers but a good team." 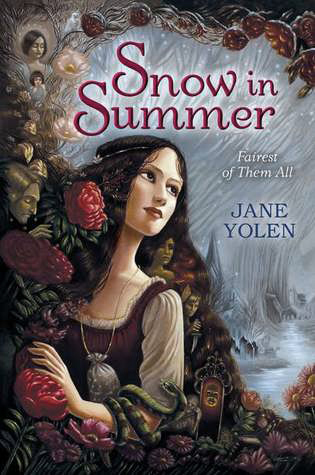 Born in 1939, Jane grew up on the Upper West Side of Manhattan, where her father worked as a journalist, writing columns for the New York newspapers, and her mother (a former social worker) wrote short stories, crossword puzzles and acrostics. "Since both my parents were writers," she says, "I assumed all adults were writers, no matter what other jobs they held." Her parents were also great readers, passing their love of books to Jane and her younger brother, Steven. "I loved the Andrew Lang fairy books," she recalls. "I loved anything Louisa May Alcott wrote. I loved anything Robert Louis Stevenson wrote. I read every horse and dog book that ever existed, every book about King Arthur that ever existed. I love Charlotte's Web, The Wind in the Willows, The Back of the North Wind, The Secret Garden, Make Way for Ducklings, Ferdinand...the list goes on and on and on."

Jane started writing at a very young age, but she had other creative interests too: she loved to sing, and she studied dance at Balanchine's School of American Ballet. In her 13th summer, her family moved out of the city to Westport, Connecticut. Jane attended junior and senior high school there, then went on to study literature at Smith Collage in Massachusetts. Upon graduation, she returned to New York intending to be a journalist and poet. She soon discovered that journalism didn't suit her, and and turned to editing instead, working her way up from editorial assistant at Gold Medal Books to associate editor at Rutledge (a children's book packager), to Assistant Editor of Children's Books at Knopf. 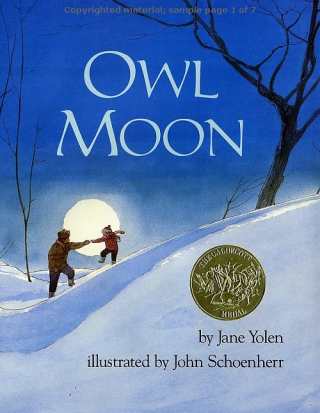 Meanwhile, she tried her hand at writing children's books herself (publishing her first at the age of 22), while also participating in the vivid folk music scene of Greenwich Village in the 1960s.  She lost her heart to David Stemple (a pioneer of the computer science field), married him, sold five more children's books, then left Knopf so that she and David could spend a year traveling in Europe. She was pregnant when they came home again, so they settled in an old farmhouse in Massachusetts. Three children followed (Heidi, Adam, and Jason, all of them now writers themselves), and a steady output of books as astonishing for its quality as its quantity.

Jane writes for both children and adults, moving fluidly between genres and literary forms -- but what ties her work together, as one reviewer has noted, is that "all Yolen's stories and poems are somehow rooted in her sense of family and self. The Emperor and the Kite, which was a Caldecott Honor Book in 1983 for its intricate papercut illustrations by Ed Young, was based on Yolen’s relationship with her late father, who was an international kite-flying champion. Owl Moon, winner of the 1988 Caldecott Medal for John Schoenherr’s exquisite watercolors, was inspired by her husband’s interest in birding." 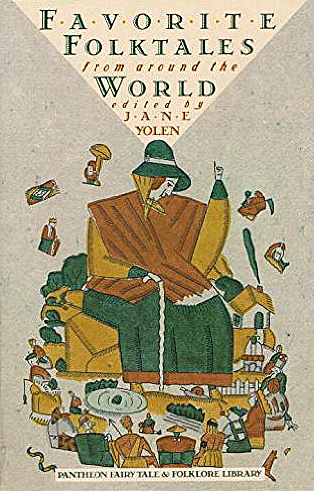 Her passion for folklore and fairy tales is another thread woven throughout her work. In the role of teacher and scholar of children's literature, she eloquently championed the value of traditional tales during years when many teachers, librarians and editors were hostile to such stories. "One of basic functions of myth and folk literature is to provide a landscape of allusion," Jane pointed out. "With the first story a child hears, he or she takes a step toward perceiving a new environment, one that is filled with quests and questers, fated heroes and fetid monsters, intrepid heroines and intrepid helpers, even incompentent oafs who achieve competence and wholeness by going out and trying. As the child hears more stories and tales that are linked in both obvious and subtle ways, that landscape is broadened and deepened, and becomes more fully populated with memorable characters. These are the same folk that the child will meet again and again, threading their archetypal ways through the cultural history of our planet. " 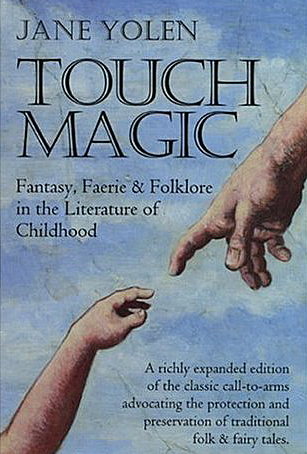 She also argued for the value of fantasy in the days when that genre, too, was considered suspect by the same brigade of realism-only educators. "In fantasy stories we learn to understand the differences of others, " Jane noted; "we learn compassion for those things we cannot fathom, we learn the importance of keeping our sense of wonder. The strange worlds that exist in the pages of fantastic literature teach us a tolerance of other people and places and engender an openness toward new experience. Fantasy puts the world into perspective in a way that 'realistic' literature rarely does. It is not so much an escape from the here-and-now as an expansion of each reader's horizons....A child who can love the oddities of a fantasy book cannot possibly be xenophobic as an adult. What is a different color, a different culture, a different tongue for a child who has already mastered Elvish, respected Puddleglums, or fallen under the spell of dark-skinned Ged?"

When Jane first crossed the line between children's books and adult fantasy (with her Mythopoeic-Award-winning novel The Cards of Grief in 1985), there was no recognized field of Young Adult Fantasy as we know it today. That is not to say that such books didn't exist. They did. They were generally published as children's books (in hardcover editions), or slipped into adult science fiction lists (in paperback) -- for in those distant, pre-Harry-Potter days publishers still did not believe that YA Fantasy could sell enough to be a genre of its own. Jane was one of the writers who refused to accept that the line beween stories for children and stories for adults was quite as impassable as popularly believed, or that stories with teen protagonists could only be read by teens. By crossing that line, by trodding it into dust, she helped to create a space for the Young Adult Fantasy writers who followed after, from J.K. Rowling to Holly Black to William Alexander. 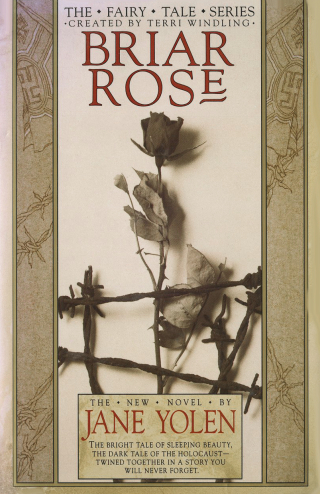 When it comes to her role as folklorist and re-teller of fairy tales, so influential has this been to a whole generation of writers and scholars that it is no overstatement to say that the modern resurgence of fairy tale literature rests upon her ground-breaking work as much as it rest on Angela Carter's or Tanith Lee's. Jane's novel Briar Rose is a classic of the form; her folklore compilations are essential reading for scholars in the field; and her essay collection Touch Magic: Fantasy, Faerie & Folklore in the Literature of Childhood is as vital today as it was when the book was first published the early Eighties. Jane has been called the "Hans Christian Andersen of America" by Newsweek and the "modern equivalent of Aesop" by The New York Times...yet she has also had her books censored, denounced, and burned. Perhaps this, too, is proof of their power, for if they were trivial, people wouldn't fear them. They are not. They are deep and true.

I'll end with one more quote from Jane that gets right to heart of the Art and Craft that she has been practicing for all these years:

"I believe that culture begins in the cradle," she says. "Literature is continuous process from childhood onward, not a body of work spring full-blown from the heads of adults who never read or were read to as children. Further, I believe that that the continuum of literature is best maintained by those tales of fantasy, fancy, faerie, and the supra-natural, those crafted visions and bits and pieces of dream-remembering that link our past and our future. To do without tales and stories and books is to lose humanity's past, is to have no star map for our future." 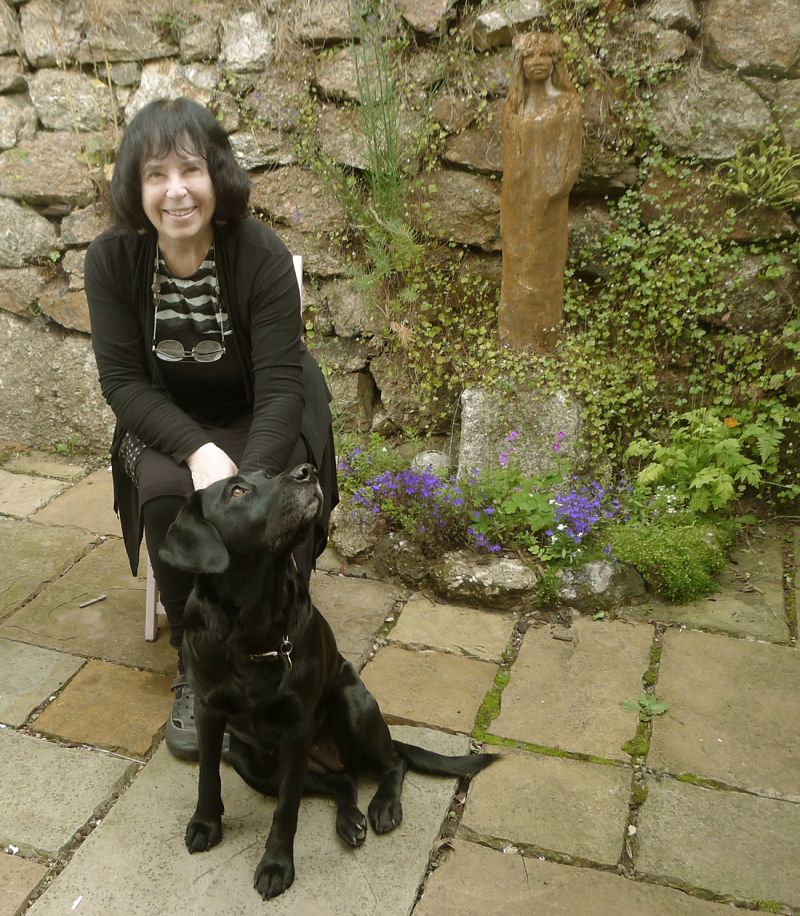 Copyright & credits::
This piece first appeared in the World Fantasy Convention program book (Columbus Ohio, 2016); all rights reserved. To learn morn about Jane and her books, please visit her website.