On Loss and Transfiguration 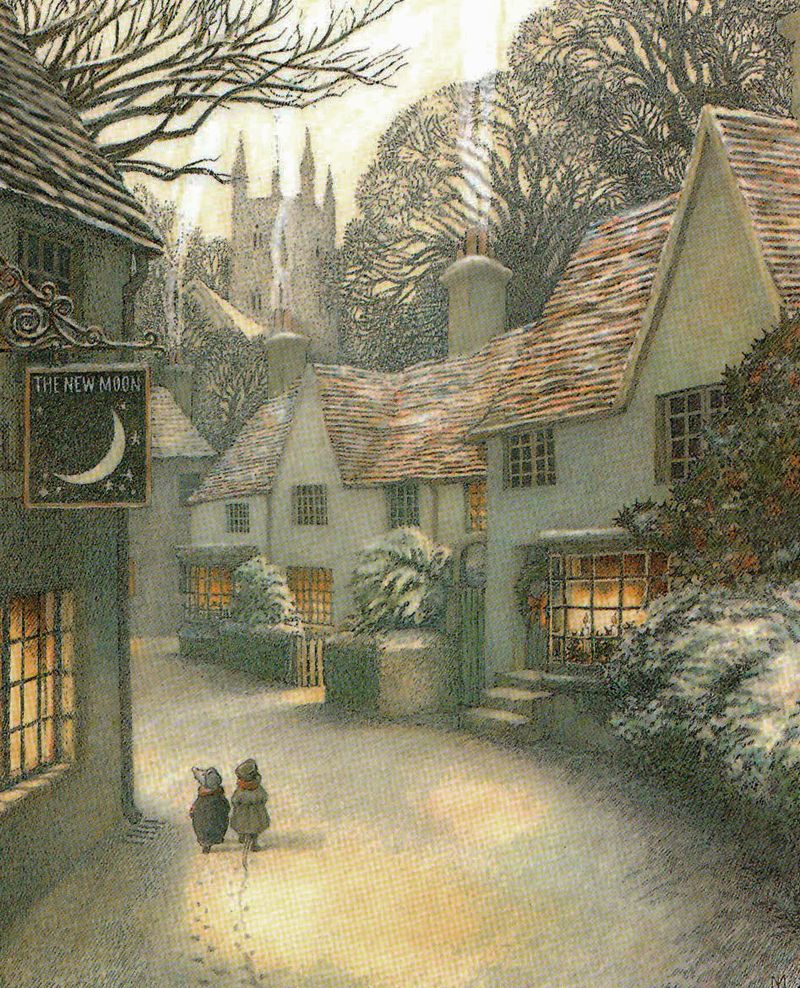 "The classic makers of children's literature," writes Alison Lurie, "are not usually men and women who had consistently happy childhoods -- or even consistently unhappy ones. Rather they are those whose early happiness ended suddenly and often disastrously. Characteristically, they lost one or both parents early. They were abruptly shunted from one home to another, like Louisa May Alcott, Kenneth Grahame, and Mark Twain -- or even, like Frances Hodgson Burnett, E. Nesbit, and J.R.R. Tolkien, from one country to another. L. Frank Baum and Lewis Carroll were sent away to harsh and bullying schools; Rudyard Kipling was taken from India to England by his affectionate but ill-advised parents and left in the care of stupid and brutal strangers. Cheated of their full share of childhood, these men and women later re-created, and transfigured, their lost worlds. " 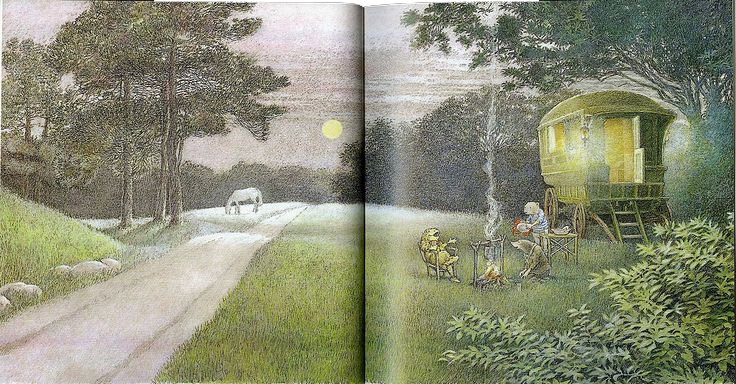 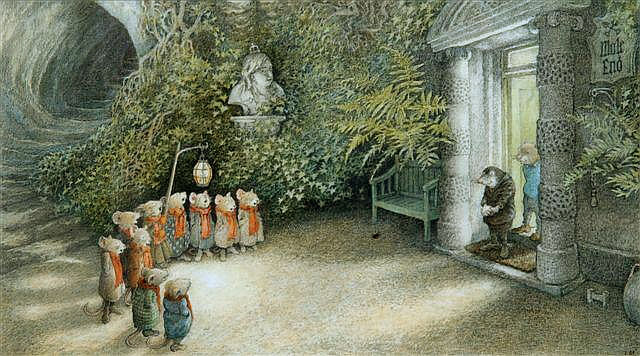 J.M Barrie falls into this catagory, the happiness of his early childhood vanishing into darkness and gloom when an elder brother, the family favorite, died in a skating accident, after which Barrie's mother retreated permanently to her bed. C.S. Lewis was ten when he lost his mother to cancer (and just four when his beloved dog, Jacksie, was killed by a car -- a loss that so effected him that he insisted upon being called Jack for the rest of his life). George MacDonald lost his mother to tuberculosis at the age of eight. Enid Blyton's happy childhood in Kent ended 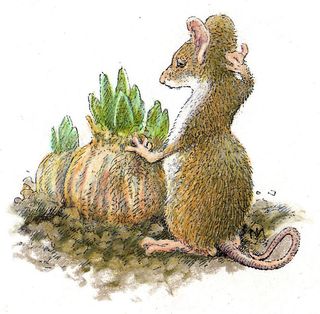 abruptly when her beloved father left the family for another woman, leaving Enid behind with a mother who disapproved of her interest in nature, literature, and art.

The sudden loss of a happier childhood world doesn't turn everyone into a children's book writer, of course, but it's interesting to note how many fine writers' backgrounds are marked by such loss; and Lurie may be correct that the desire to re-create the lost world lies at the heart of a particular form of creative inspiration. Or perhaps I'm just struck by Lurie's idea because it maps onto my own childhood, which was, from a child's point of view, safe and stable for the first six years when I lived in my grandmother's household (with my teenage mother and her sisters), and then plunged into darkness upon my mother's marriage to a brutal man, a stranger to me until the day of the wedding. Loss of home at a tender age can indeed send an unhappy child inward, seeking lands in imagination uncorrupted by the treacherous adult world. 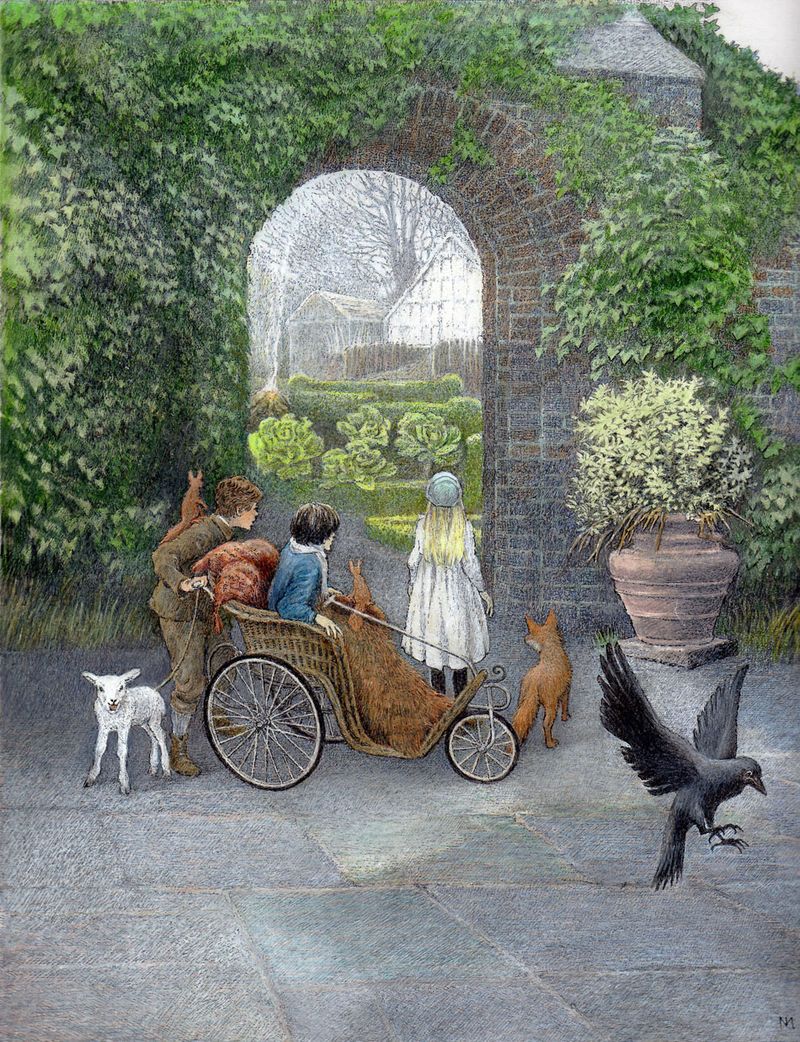 I often think and write about the concept of home, of place, and of connection to the landscape -- and of the various ways that these things impact our creative work. Now I'd like to come at the subject from a slightly different direction, with the idea that loss of home can be as powerful a creative spur as the finding of the heart's home, or the love of a long-established one.

Loss can come about in so many different ways, and needn't be dramatic to cause lasting trauma. I'm thinking, for example, of a loss all too common today in our over-populated world: the loss of treasured chilhood landscapes to the unchecked sprawl of cities and suburbs, of beloved old houses and places we can never return to, buried under shopping malls and parking lots. 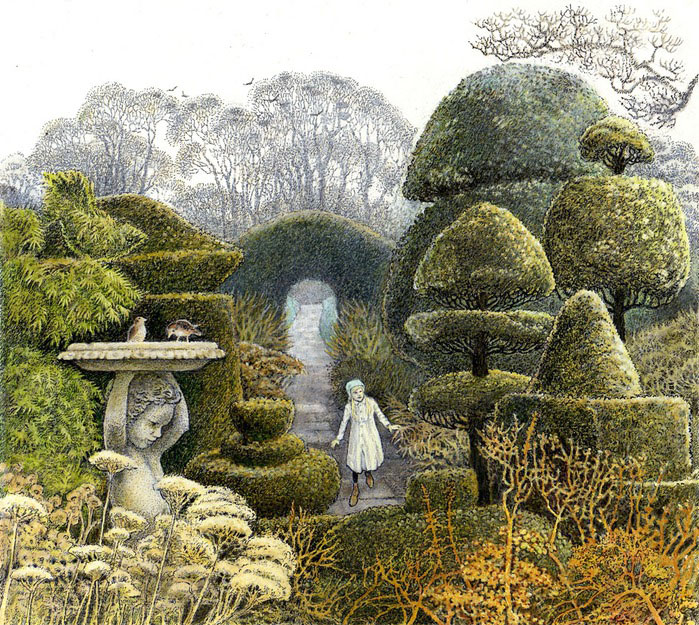 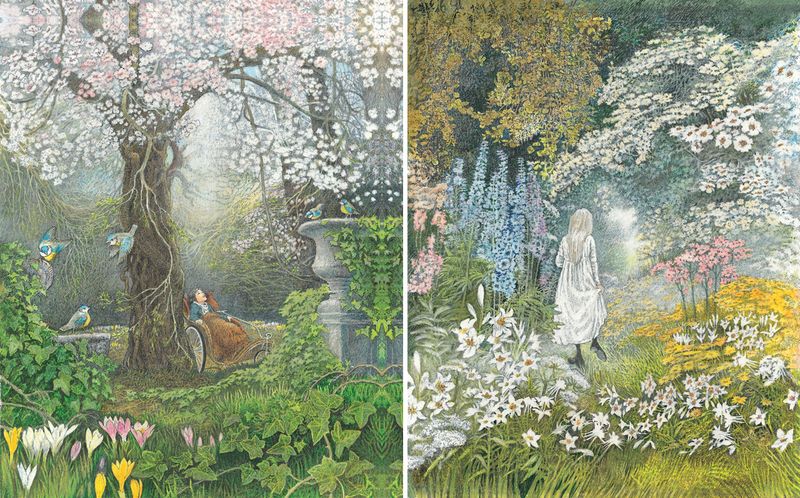 In her essay collection Language and Longing, Carolyn Servid writes poignantly of her husband's childhood in an isolated valley in the mountains of Colorado. Lightly populated by old ranching families, artists, and hermits, the valley was a sanctuary for humans and animals alike...until the development of the nearby 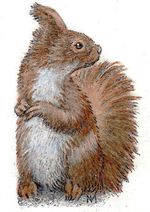 town of Aspen into a ski resort and playground for the wealthy began to raise property prices on Aspen's periphery. When the dirt road into the valley was paved, change was not long behind: land speculation, housing developments, a golf course. The valley as generations had known and loved it was gone.

Servid writes that her husband "had witnessed this gradual transformation during summers home from college. He witnessed more changes every time he visited after marriage and various jobs took him out of the valley. He chronicled those changes to me before he ever drove me up the Crystal River Road to the Redstone house. The landscape stunned me the first time I saw it, and I watched it bring a deep smile of recognition to Dorik's eyes, but I knew his memories were of a wholeness that was no longer there. I realized he held a kind of perspective and knowledge that has been lost over and over again in the settlement of the continent, over and over again in the civilzation of the world." 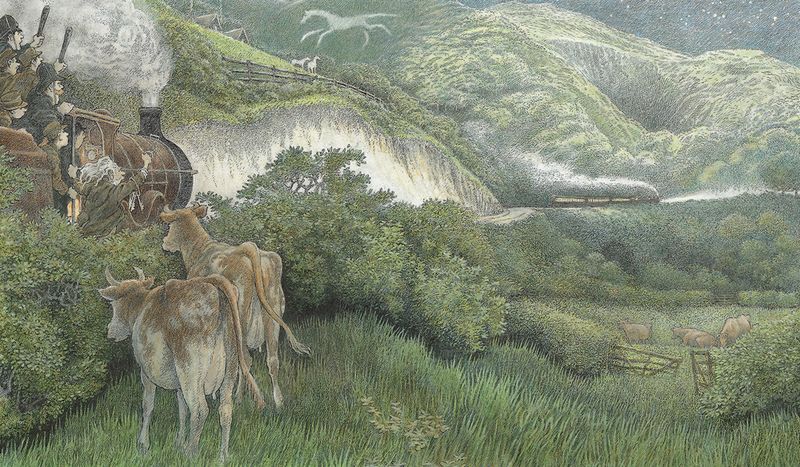 A little later, he learns that a neighbor's ranch has been sold off to a developer. "I watched his face tighten," Servid writes, "and knew that a deepening ache was filling him. Places and people he loved were both caught in the wake of rampant development that grew like a cancer. The impact was like a diagnosis of the disease itself, as though one of the most fundamental aspects of his life was being eaten away. I wondered then about the grief that comes to us when we lose the places we love. This grief doesn't have much standing among the range of emotions that our society values. We have yet to fully acknowledge and accept just how much our hearts are entwined with the places that shape us, tolerate us, hold us, provide for us. We have yet to openly testify and accede to the necessity of such places and love of them in our daily lives. We have yet to fully understand that our links as people living together in communties will never be more than transient and vulnerable without rootedness in the place itself." 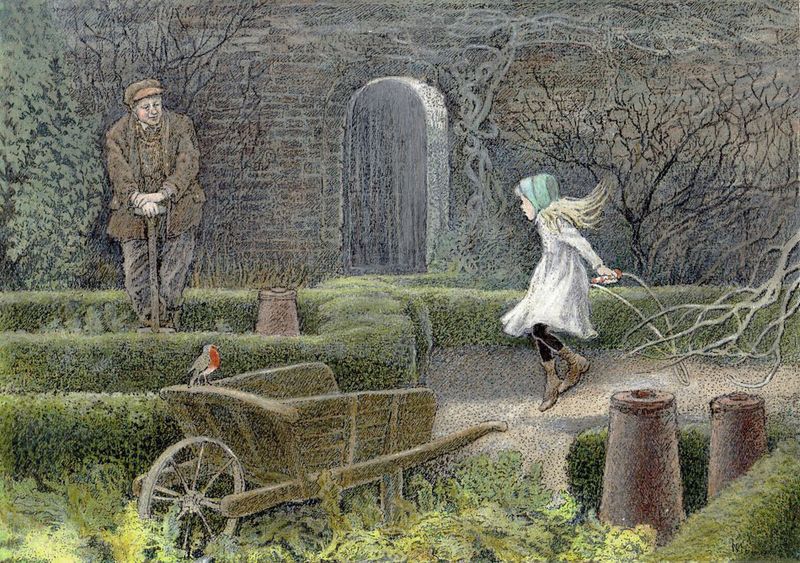 Just as Servid wonders "about the grief that comes to us when we lose the places we love," I wonder about the ways such a loss impacts us as writers and artists. Grief is a powerful thing, and especially so when it rumbles away, unexpressed, in the depth of our souls, the quiet but constant base note of our lives. Grief for landscapes paved over, ways of life that are gone, for whole species that are rapidly vanishing around us. Grief can indeed be a spur to art, leading us to "re-create or transfigure" our cherished lost worlds, or it can do the reverse: deaden and silence and paralyze us.

I want to be one of the ones who transfigures sorrow into art. Are you with me? 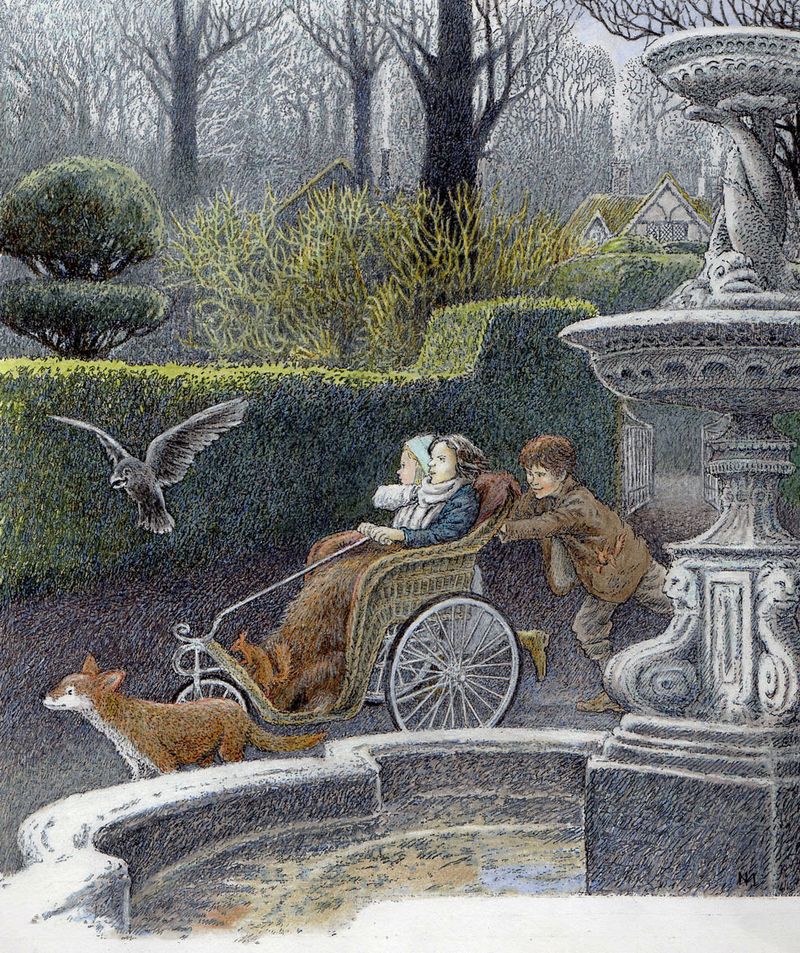 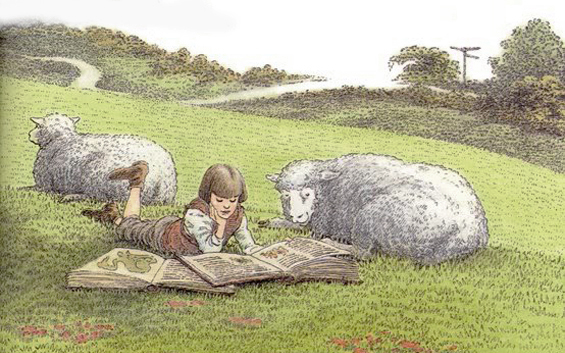 The art above is by Inga Moore, an illustrator born in England, raised in Australia, and now settled in England once again. See Joanna Carey's lovely portrait of the artist for more information. The pictures are identified in the picture captions (hold your cursor over the images to read them); all rights reserved by the artist.

The text above by Terri Windling first appeared on Myth & Moor in February, 2016. All rights reserved by the author.

The passage by Alison Lurie is from Don't Tell the Grown-ups: Subversive Children's Literature (Little, Brown Publishers, 1990). The passage by Carolyn Servid is from Of Language and Longing: Finding a Home at the Water's Edge (Milkweed Editions, 2000). All rights reserved by the authors.