I've published "folkloric poems" in a variety of places, but the four listed below can all be read on-line: 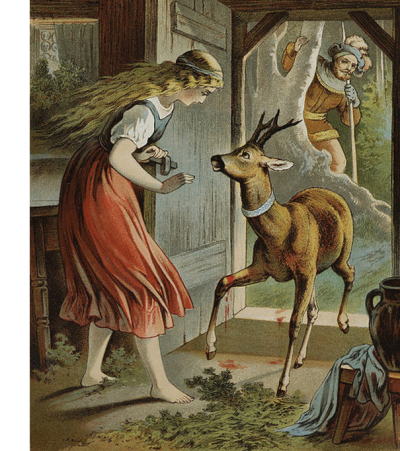 Based on the fairy tale of the same name, this poem appeared in The Poets' Grimm: 20th Century Poems from Grimm Fairy Tales, edited by Claudia Carlson & Jeanne Marie Beaumont (Story Line Press).

Barth Anderson wrote a poem in response, from the brother's point of view, and the two poem appeared together in The Journal of Mythic Arts. They can be read on-line here.

For 18 years I traveled back and forth between two different homes (and two different lives) in Devon, England and the Arizona desert. This is a poem about that annual migration, bound up (as usual) with fairy tales and folklore. The poem first appeared in Borderlines: Issue 4, a wonderful but short-lived journal of creative works from both sides of the Mexico/Arizona border. It was later reprinted in The Journal of Mythic Arts, and can be read on-line here. 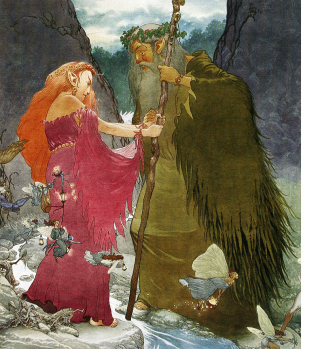 This poem, rooted in the faerie lore of Dartmoor, was composed one night in a tumbledown Devon longhouse at the very edge of the moor; the window was open and water in the leat beyond pounded out the rhythm as I wrote. "The Night Journey" first appeared in Xanadu: Volume III, edited by Jane Yolen (Tor Books). It's been reprinted in The Journal of Mythic Arts, in Walking Through the Landscape of Faerie by Charles Vess, and turned into a song by Oliver Hunter for Goblin Fruit magazine. The poem can be read on-line here.

This one was written for Virginia Lee, to accompany her beautiful art project Inner Seasons: a young woman's coming-of-age journey through a mythic, animate landscape. Go here to see Virginia's pictures, and here to read the poem. 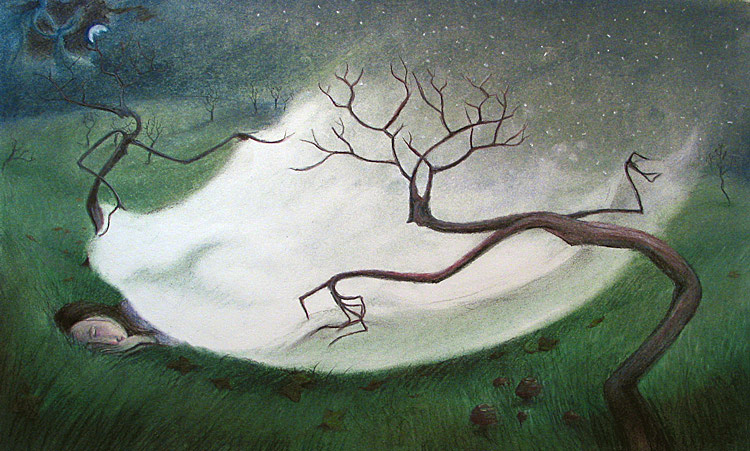 The art above is: "Brother and Sister" by German illustrator Carl Offterdinger (1829-1889);  a detail from Charles Vess' illustration of "The Night Journey," published in his gorgeous book of art & poetry: Walking Through the Landscape of Faerie; and "A Blanket of Snow," one of the Inner Seasons drawings by Virginia Lee.