"Bordertown is one of the most important places where Urban Fantasy began."  - Neil Gaiman

Bordertown is shared-world Urban Fantasy series for teen readers. A "shared-world" series is written by multiple authors, telling stories set in the same milieu -- in this case, a modern, ravaged, multi-ethnic city on the border of the Faerie Realm. Bordertown: a place where runaway kids, from both sides of the border, come to make new lives. Where neither magic nor technology work they way they should. And where nothing is quite as it seems....

To learn more about the series: How We Got to the Border: the history of Bordertown.

The book that began it all, with stories by Steven R. Boyett, Charles de Lint, Ellen Kushner, and me (writing under the shared pseudonym Bellamy Bach*).

More stories of the border by Emma Bull, Ellen Kushner, Will Shetterly, Midori Snyder, and me.

“There is something about a punked-out, mohawked elf in a leather jacket that shatters the Tolkien mold, that allows the characters to be different, to be apart from the previous mythologies....The chronicles of the Borderlands are heartily recommended.”  - Different Worlds

Life on the Border

“Life on the Border turns the volume to 11, cranking up the energy and enthusiasm as the authors really hit their groove. It’s like the song right before intermission, when the music’s clearly gotten into the blood, and everyone’s dancing….This volume is one of the best in an outstanding series.”   - The Greenman Review

The Essential Bordertown: A Traveller's Guide to the Edge of Faerie

"Irresistible: this is what the universe ought to be like."  - Interzone

"This is over 500 pages of fiction and poetry, revisiting the Bordertown setting which helped lay the groundwork for today’s urban fantasy bonanza. Not only have many of the original contributors showed up for another go-around, but they’re joined by a fair number of today’s hottest writers, those who pretty much GREW UP with Bordertown. This isn’t a rehashing of the old days, this is a love-fueled rock n’ roll continuation and updating where a new generation meets the old gang. (And in my opinion, they came up with a perfectly appropriate way to make those intervening 13 years between installments seem like 13 day...heheheheh.)"   - Michael M. Jones

"This anthology brings together many series favorites, as well as a host of amazing additions who offer up stories and poems in what is still the best mash-up of music, faery and coming-of-age drama."   - Colleen Mondor 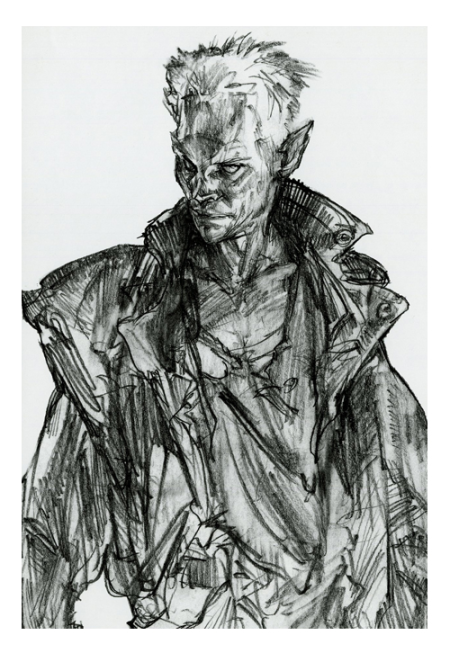 Elsewhere by Will Shetterly

“A hard-edged vision, sharp as a knife-blade, a borderline where punk and funk mix with Blake and Yeats, and Faerie is not as we might expect.”   - Lloyd Alexander

NeverNever by Will Shetterly

“A delightfully funny book...even better than the first.”   - VOYA

This audiobook edition is narrated by Cassandra Campbell, with MacLeod Andrews, Holly Black, Steven Brust, Dounya El-Mohtar, and Ellen Kushner. This edition features original music by Drew Miller (of the legendary folk-rock band Boiled in Lead) -- including a fully-produced track of the song "Run Back Across the Border' by Steven Brust, with the author himself on lead vocals; and Neil Gaiman reading his own poem, "The Song of the Song." Go here for more information.

The Random House book trailer for Welcome to Bordertown:

"I was a Bordertown fangirl before I was ever published. I wanted to go there so badly I could taste it."  - Annette Curtis Klause

Art above: Cover art for Bordertown by Phil Hale, The Essential Bordetown by Jim Carroll, and Welcome to Bordertown by Steve Stone. Bordertown sketch by Iain McCaig.